2 What is a syllable? A syllable is a word or part of a word that has only one vowel sound. All words have at least one syllable. Every syllable has one vowel sound. A syllable may or may not contain any consonants. When we talk about the number of the syllable the sound which is produced is important. Note: Suprasegmental features (stress, tone…) affect all the segments of a syllable.

4 The tree diagram of a syllable

5 A syllable consist of an onset and a rhyme.
Rhyme consist of two parts, nucleus and a (coda).

6 Onset The beginning sounds of the syllable; the ones preceding the nucleus. These are always consonants in English. The nucleus is  a vowel in most cases, although the consonants [ r ], [ l ], [ m ], [ n ], and the velar nasal (the 'ng' sound) can also be the nucleus of a syllable. Note: Onsets are strongly preferred over codas.

8 Nucleus Is the core or essential part of a syllable. A nucleus must be present in order for a syllable to be present. In English and most other languages, most syllable nuclei are vowels. The English liquids [ r  l ] and the nasals [ m  n ] can be the nuclei of syllables under certain conditions. [ r ] can be a nucleus as easily as a vowel, in any position: the words 'bird', have [ r ] as the nucleus; in other words, there is no vowel in the pronunciation of these syllables, even though they have one in the spelling. [brd] [ l ] and the nasals [ m n ] become syllable nuclei when they follow an alveolar consonant in the last syllable of a word. This happens in the relaxed or casual rather than very formal articulation of the word. Compare casual vs. formal pronunciations of 'button', 'bottle', 'bottom'. Note 1: The nucleus is the most sonorant sound in the syllable. Note 2: Consonants in codas are weakened.

10 Syllabification Rules
Syllabification is the separation of a word into syllables. Syllabification may also refer to the process of a consonant becoming a syllable nucleus. In syllabification divide off the affixes. When a single consonant is between vowels, divide after a long vowel or after consonant if vowel is short. Here’s something to remember: You can’t divide a one-syllable word Every syllable has to have a vowel!

16 Consonant “l-e” syllable
This syllable has only three letters – a consonant, an l and an e. The e is silent The consonant and the l are sounded like a blend This syllable must be the last syllable in a multisyllabic word Examples: Stable purple bugle

17 “r” controlled syllable
Has to have a vowel before the “r” The “r” controls the sound of the vowel The vowel, therefore, may not sound like you would expect it to sound. Examples: Cart fort start

20 Weak Syllable The vowel in a weak syllable is short.
Example: In the word ‘father’ ; the second syllable, which is weak, includes the vowel which is shorter and less loud than the first (and strong) syllable. 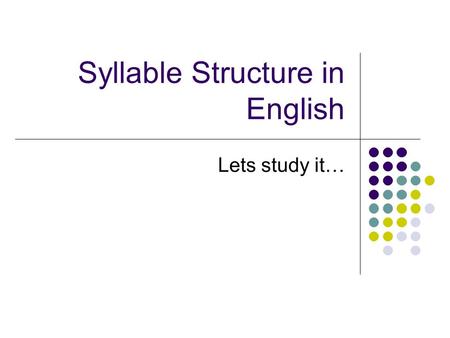 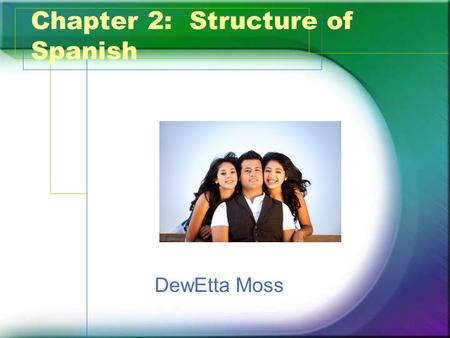 Chapter 2: Structure of Spanish DewEtta Moss. What? Phonetically, Spanish is an easier language to learn than English because there are 22 phonemes and. 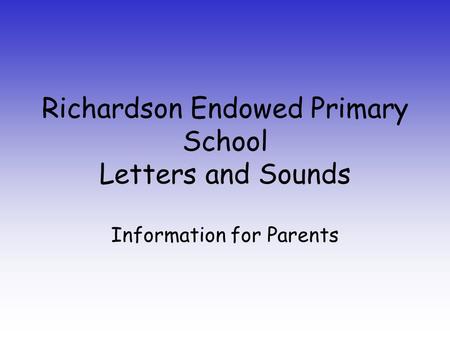 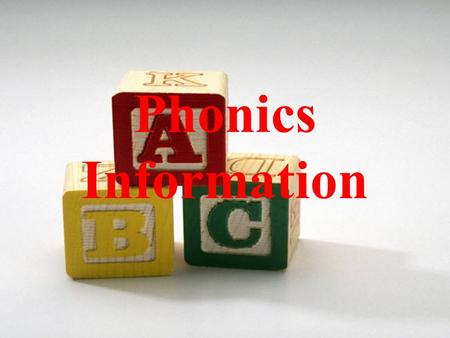 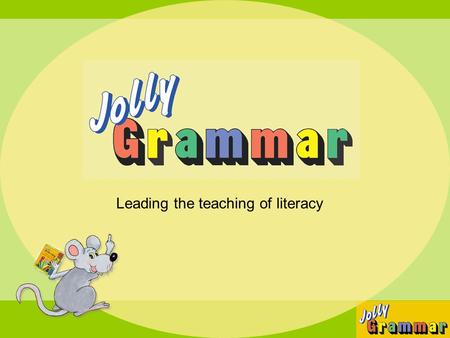 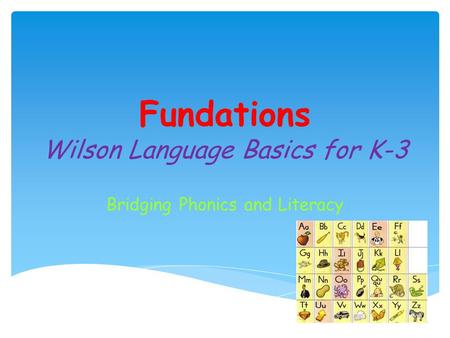 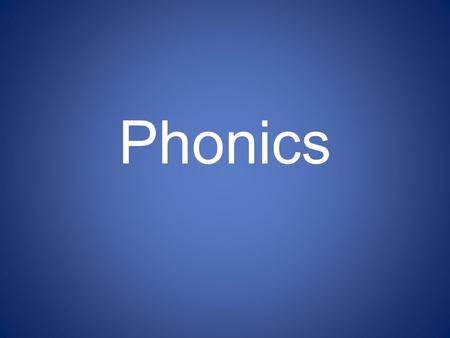 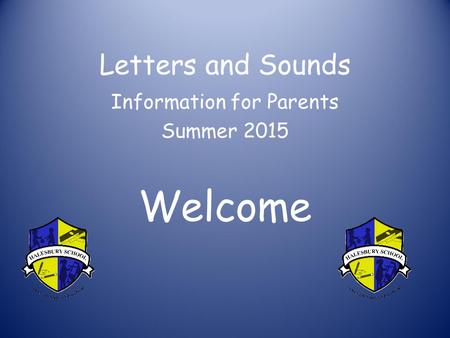 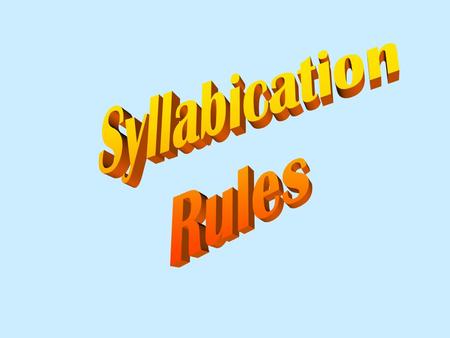 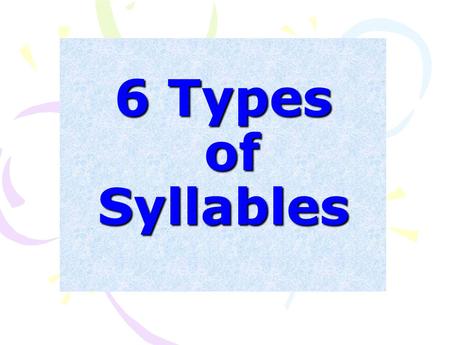 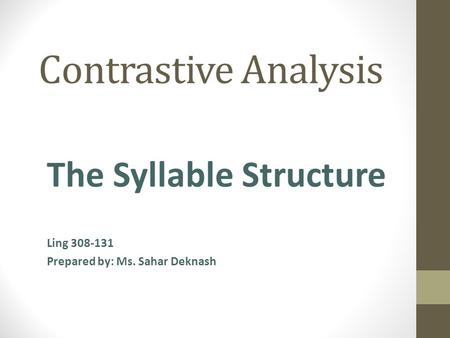 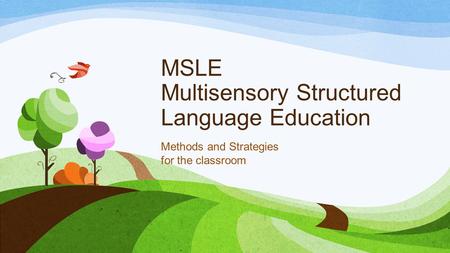 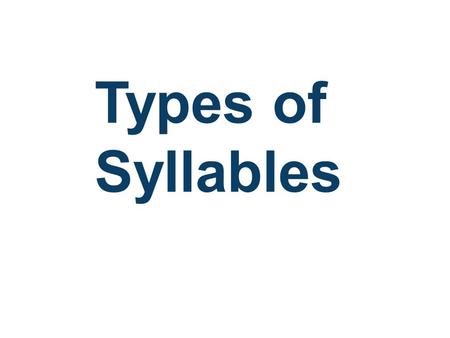 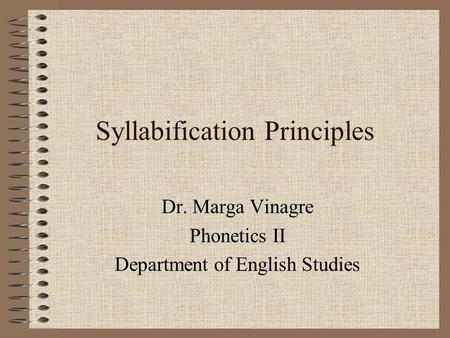 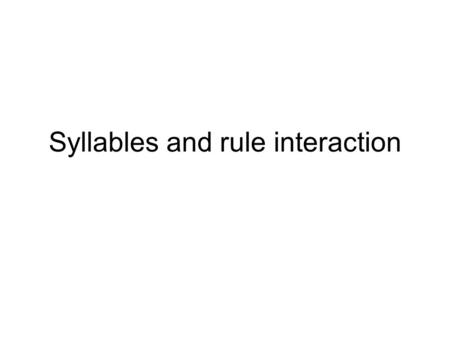 Syllables and rule interaction. The longest tradition has seen syllables as being waves of energy (“sonority”, in current parlance). In the late 1940s, 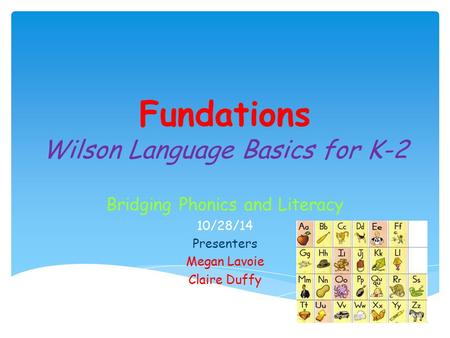 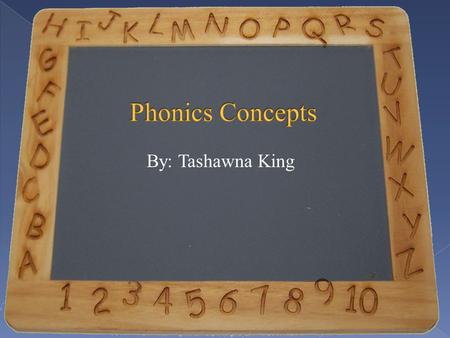 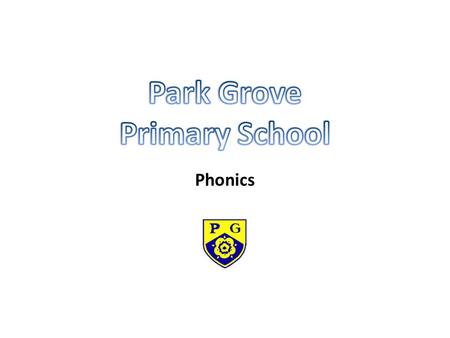 Phonics. Letters and sounds is a six phase teaching programme which starts from Nursery and continues to be taught primarily within Key Stage 1 and within.