3 Analogy: Writing is the literary equivalent of cooking, so adjectives are one of the spices you have in the kitchen. Like spices added to a soup, a few adjectives go a long way. Don't overdo it. Let the more substantial ingredients (strong verbs!) be the stars.

4 Descriptive Adjectives………
DESCRIPTIVE ADJECTIVES add detail or description to the noun, such as color, shape, or size. Examples: Her red shirt was pretty. His small dog ran around the huge park.

5 Limiting Adjectives… Give a quantity and amount, as opposed to just describing Often a number or related word Ex: There are few students who want to stay for detention. Ex: I saw three apples on that table. Ex: I got many presents for Christmas.

6 Demonstrative Adjectives……
→Tells which one →This, That, These, Those Examples: This book is great! That football is brown. These desks are close together. Those houses look nice. *Remember Demonstrative Pronouns? These are the same but come before a noun.

8 Predicate Adjectives………..
→ Adjective that comes after a linking verb → Describes the subject Examples: The blanket is clean. The towel is wet. Her face looks angry. His drink is bubbly.

9 Comparatives…………. → Used to compare 2 nouns
→ For 1 syllable words, add “er” to the end of your adjective. → For 3+ syllable words, keep the adjective the same and put “more” in front of it. → For 2 syllable words, it can go either way—see what sounds right! *There are some irregulars-Funner? Examples: His soup was hotter than mine. My picture is more beautiful than hers.

10 Superlatives…………. → Used to compare 3+ nouns
→ For 1 syllable words, add “est” to the end of your adjective. → For 3+ syllable words, keep the adjective the same and put “most” in front of it. → For 2 syllable words, it can go either way—see what sounds right! *There can be irregulars for these, too. Examples: My snowman is the highest one on the street! This is the most difficult test that I have ever taken.

11 Proper Adjectives………. Proper Adjectives:
→ A specific term to describe a common noun → Comes from a proper noun → Always capitalized Examples: American cheese is my favorite food. Some people say that Swiss cheese is better. I like Japanese food better than Chinese food.

13 Adverbs, continued. Adverbs give information such as How, When, Where, and To what extent something happened. Ex: He ran outside quickly.How Ex: He fell down yesterday.When Ex: He landed here on the garbage.Where Ex: He was very embarrassed.To what extent 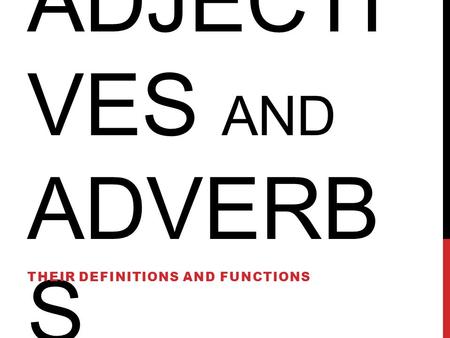 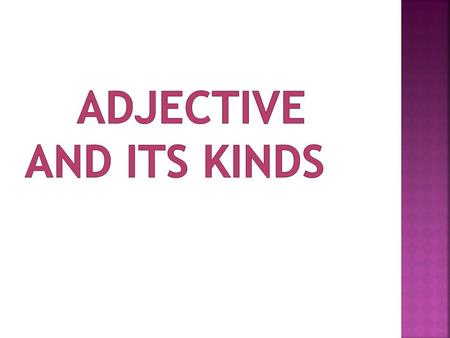 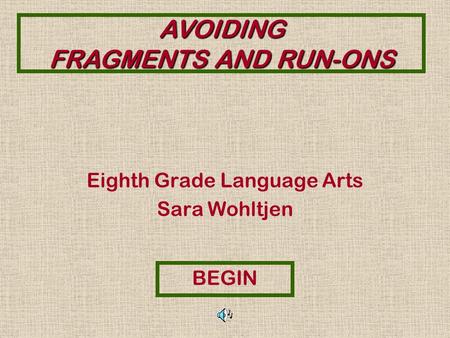 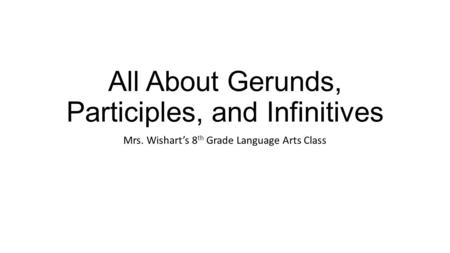 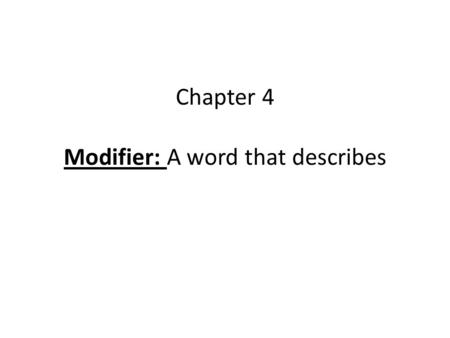 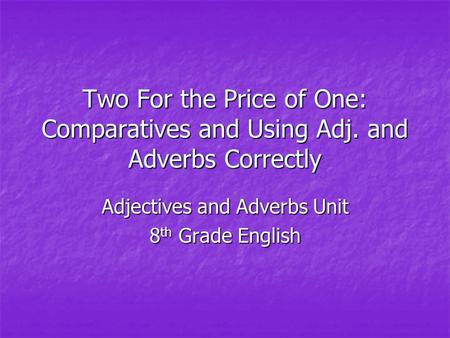 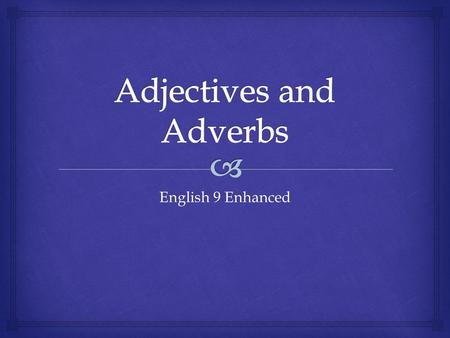 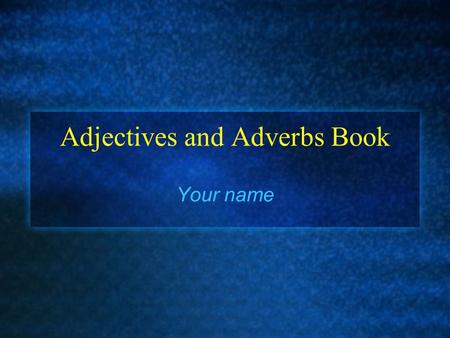 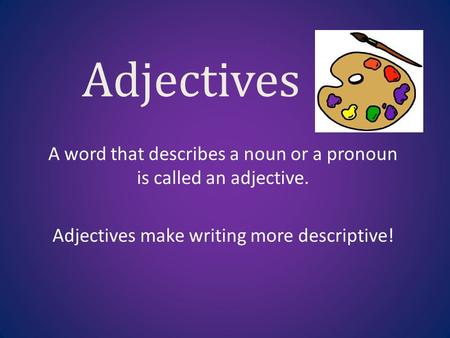 Adjectives A word that describes a noun or a pronoun is called an adjective. Adjectives make writing more descriptive! 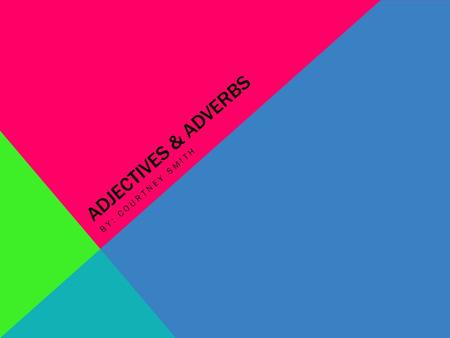 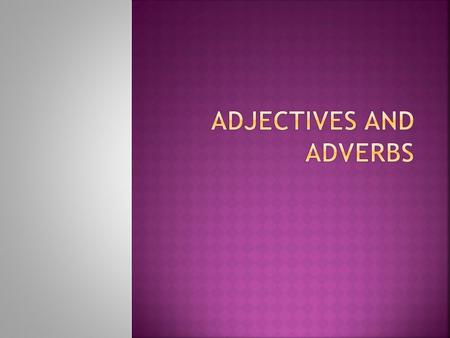 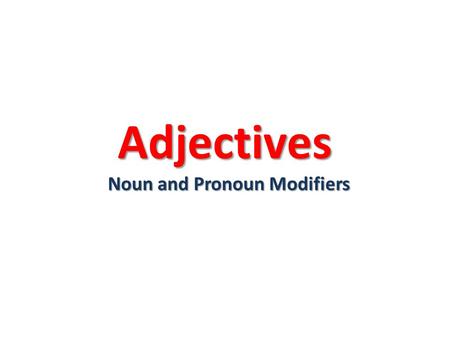