2 Parties and What They Do?

3 What Is A Party? Political Party Major Parties
Is a group of persons who seek to control government through the winning of elections and holding of public office. Major Parties Republican Democrat Both parties are no primarily principle or issue oriented. ??????? They are election oriented. What Is A Party?

4 What Do Parties Do? Nominate Candidates
Name candidates for public office Parties select candidates and the present them to the voters. Informing and Activating Supporters The parties inform the people, and inspire and activate their interests and participation in public affairs. The Bonding Agent Function Bond- is an agreement that protects a person or company against loss caused by a third party. The party acts as a bonding agent to ensure the good performance of its candidates and officeholders. Governing Congress and state legislatures are organized on party lines, and they conduct much of their business on the basis of partisanship. Acting as Watchdog Parties act as watchdogs over the conduct of public’s business. It plays this role as it criticizes the policies and behavior of the party in power. What Do Parties Do?

6 Why a two-party system? Historical Basis The Force of Tradition
Federalists vs. Anti-Federalists George Washington’s Farewell Address The Force of Tradition Accept the idea of a two party system, simply because there has always been one. The Electoral System Single member districts- candidate is elected to each office on the ballot. Winner takes all. The American Ideological Consensus Republican- in favor of private market forces in the economy and to argue that the Federal Government should be less extensively involved in social welfare programs. Democrats- vote for a candidate who supports social welfare, government regulation, of business practices, and efforts to improve the status of minorities. Why a two-party system?

8 One Party Systems This is really a no party system.
Democrats and Republicans go back and forth as far as popularity. States also have their party that they are affiliated with. The State of Utah??? One Party Systems

9 Party Membership Patterns
This is purely voluntary. Its what they choose to be. Parties must be able to attract supporters. Supporters can be young, old, city-dwellers, suburbanites, and rural residents among it members. They can also be any age to support any political party. Different Parties The Libertarian Party Prohibition National Committee America First Party The Constitution Party The Natural Law Party The Socialists Labor Party Green Party of the United States The Communists Party Party Membership Patterns

10 The Two-Party System In American History

11 The Nation’s First Parties
Federalists Formed around Alexander Hamilton Party of the rich and the well born Most of them supported the Constitution Worked to create a stronger national government. Appealed to Financial, manufacturing, and commercial interests. Liberal interpretation of the Constitution. Jeffersonian Followers of the Common Man Very limited role for the new government. Congress should dominate that new government. Its policies should help the nation’s small shopkeepers, farmers, laborers, and planters. First election in which they clashed was in 1796 John Adams beating Jefferson by 3 votes. The Nation’s First Parties

17 The Decentralized Nature of the Parties
The Role of The Presidency The President’s Party is usually more organized than the opposing party. President is automatically the party leader. The Impact of Federalism Federalism is one major reason for the decentralized nature of the two major parties is to gain control of the government. They do this by winning elective offices. The Role of the Nominating Process Plays a central role in the life of political parties. First: Candidate selection is an intraparty process. Nomination within the party. Second: The nominating process can be a divisive one. Fight over the nomination. Prime process is making of their nomination. The Decentralized Nature of the Parties

20 State and Local Party Machinery
The State Organization At the State level, party machinery is built around a State central committee, headed by a State chairperson. Chairperson and committee work together to further the parties interests. Local Organization Ward- is a unit into which cities are often divided for the election of city council members. Precinct- Is the smallest unit of election administration; the voters in each precinct report to one polling place. State and Local Party Machinery

21 The Three Components of the Party
1- The Party Organization These are the party leaders Activists All who give their time, money and skills to the party. 2- The Party in the electorate The party’s loyalists who vote on a straight party ticket. Party Members 3- The Party in Government Party’s officeholders Those who hold executive, judicial, legislative offices in the federal, state and local levels. The Three Components of the Party

22 The Future of the Major Parties
The present, weakened state of the parties can be traced to several factors: 1- A sharp drop in the number of voters wiling to identify themselves with their party. 2- A big increase in split-ticket voting. Voting for candidates of different parties for different offices at the same election. 3- Various structural changes and reforms that have made the parties more open but led to internal disorganization. 4- Changes in technology of campaigning for office. Television and internet. 5- The growth in both numbers and impact, of single issue organizations in our politics. The Future of the Major Parties 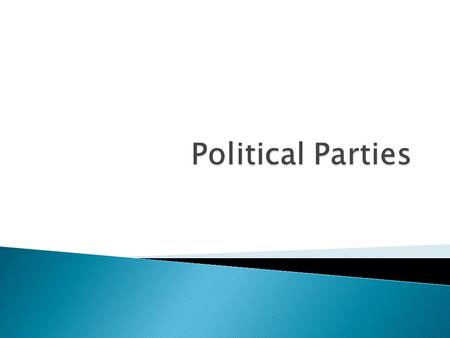 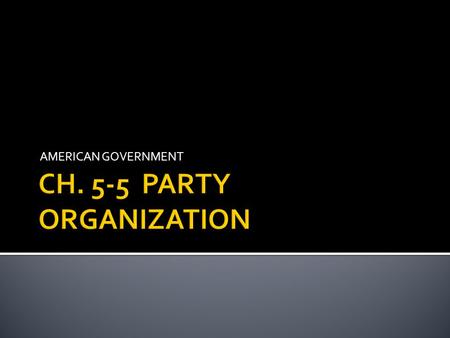 AMERICAN GOVERNMENT.  Major parties are often described as highly organized, close-knit, well-disciplined groups  They are not.  They are usually highly. 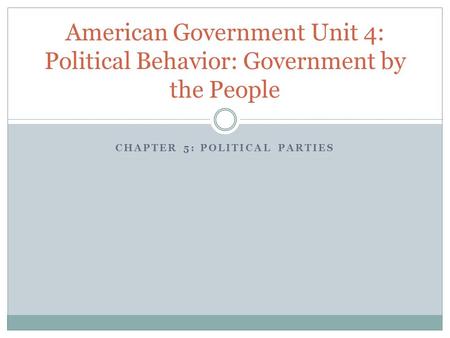 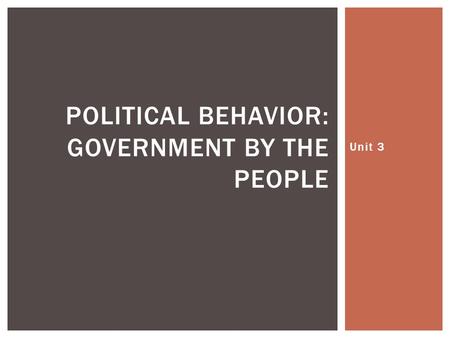 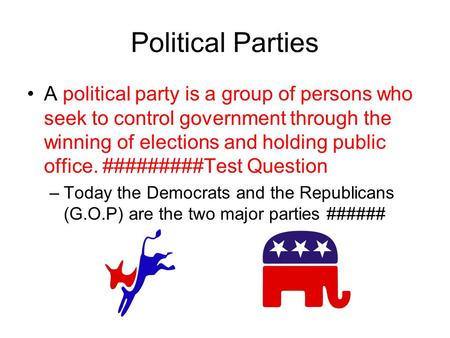 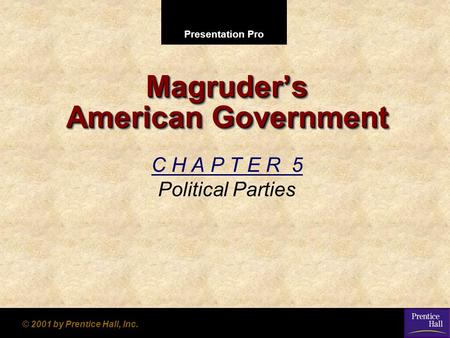 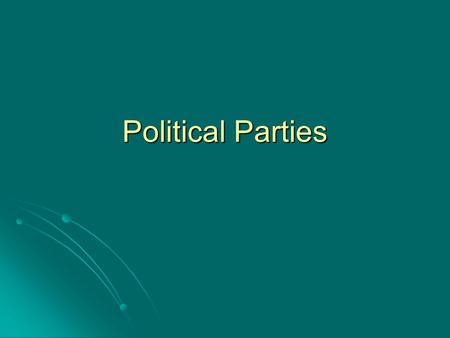 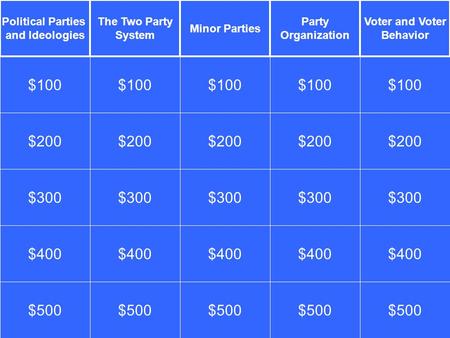 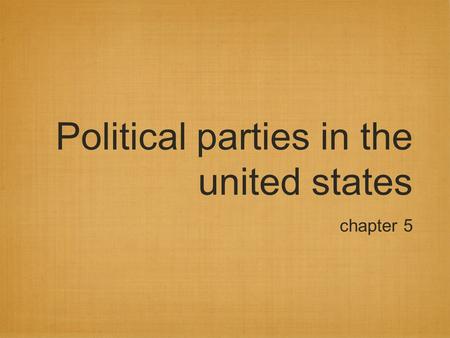 Political parties in the united states