Presentation on theme: "Quick review so answer these questions please!!! On a scratch sheet of paper with name on it!!! NO NOTES!!! 1. Three REASONS for US imperialism 2. What."— Presentation transcript:

1 Quick review so answer these questions please!!! On a scratch sheet of paper with name on it!!! NO NOTES!!! 1. Three REASONS for US imperialism 2. What is the difference between the Monroe Doctrine and the Roosevelt Corollary? 3. Why did Roosevelt add more bite to US policy in Latin America? 4. What did the Treaty of Paris settle in 1899? What did the US gain? 5. “Speak softly and carry big stick” What is the big stick?

5 Panama  (Hay-Pauncefote Treaty) 1901  Treaty eliminated any chance for Britain to compete in the area.  Hay – Herran Treaty 1903: from the Spooner Amendment to purchase canal rights from Colombia for $40 million and $250,000 for life. REJECTED!! By Colombia  Nov.1903 Revolution by Panamanians was supported by Roosevelt.  Hay Bunau-Varilla Treaty granted US the rights to build under the same criteria as Herran Treaty but with Panama.  1904 construction began finished in 1914

7 Today it is being widened

8 Effects of Roosevelt and the Canal  Cost: $345 million not including purchase price and yearly pay to Panama.  Won Roosevelt the 1904 election  1958 Panama Independence Day, desire to be sovereign. US citizens hurt  1960 Congress passes resolution to not allow Panama flag to be flown in canal zone.

9  1969 Panamanian Revolution new government  Omar Torrijos new leader (Nixon refuses to meet on grounds of militaristic government).  1973 Security Council declares Panama to be free of colonial rule of USA.  1977 President Carter negotiated canal zone to be sovereign by 1980 but US “right to defend,”run it until 2000.  US has intervened in Latin America over 35 times since 1903.

14 A little Group Activity  Turn to the person sitting to your left and decide what was the “one” driving force for US imperialism. Defend your groups position as to why it is more important than any other reason.

15 Roosevelt/Taft/Wilson (362- 63)  Roosevelt Corollary/Dollar diplomacy/Missionary Diplomacy how are they different/same?  What are the strengths of each?  Which do you feel was most effective and why?  Make an argument in favor of Wilson’s Missionary diplomacy.

Download ppt "Quick review so answer these questions please!!! On a scratch sheet of paper with name on it!!! NO NOTES!!! 1. Three REASONS for US imperialism 2. What." 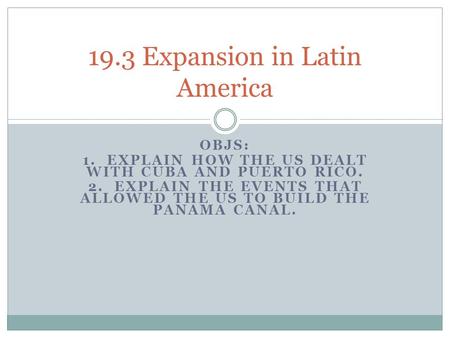 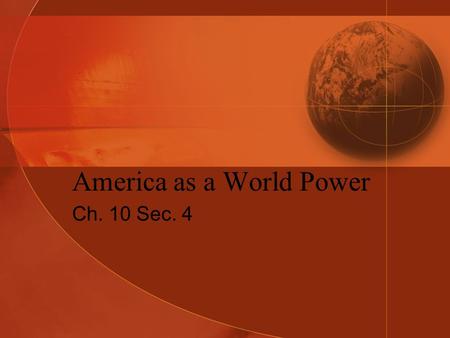 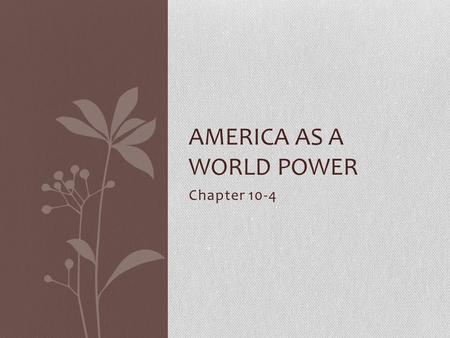 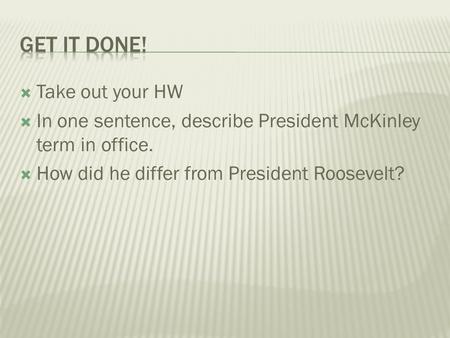 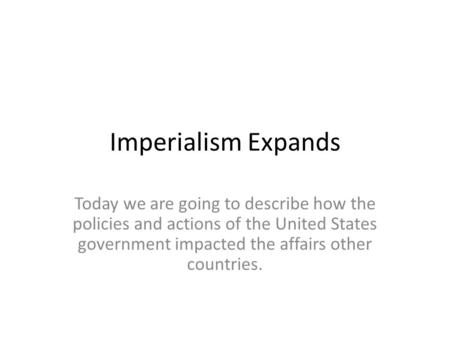 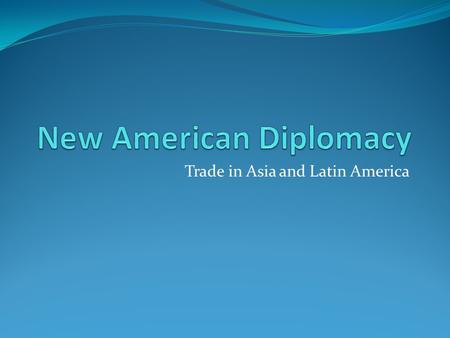 Trade in Asia and Latin America. American Diplomacy in Asia The Open Door Policy War erupted between China and Japan over Korea Korea was part of China. 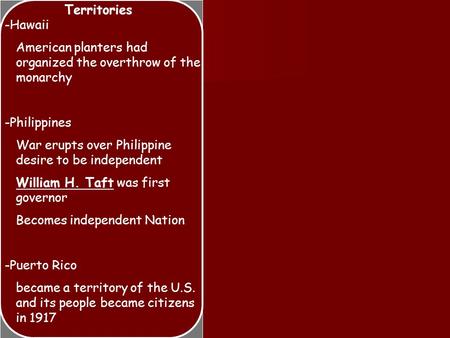 Territories -Hawaii American planters had organized the overthrow of the monarchy -Philippines War erupts over Philippine desire to be independent William.