2 WLAN HACK Wired Equivalent Privacy (WEP) encryption was designed to protect against casual snooping, but is now deprecated. Tools such as AirSnort or Aircrack-ng can quickly recover WEP encryption keys. Once it has seen 5-10 million encrypted packets, AirSnort can determine the encryption password in under a second;[43] newer tools such as aircrack-ptw can use Klein's attack to crack a WEP key with a 50% success rate using only 40,000 packets. To counteract this in 2002, the Wi-Fi Alliance approved Wi-Fi Protected Access (WPA) which uses TKIP as a stopgap solution for legacy equipment. Though more secure than WEP, it has outlived its designed lifetime and has known attack vectors. In 2004, the IEEE ratified the full IEEE 802.11i (WPA2) encryption standards. If used with a 802.1X server or in pre-shared key mode with a strong and uncommon passphrase WPA2 is still considered secure, as of 2009

3 DETAILED DESCRIPTION // AIRCRACK -NG Aircrack-ng is an 802.11 WEP and WPA-PSK keys cracking program that can recover keys once enough data packets have been captured. It implements the standard FMS attack along with some optimizations like KoreK attacks, as well as the all-new PTW attack, thus making the attack much faster compared to other WEP cracking tools. However it only runs on linux with several types of WLAN cards

4 BRUTE FORCE In cryptography, a brute force attack or exhaustive key search is a strategy that can in theory be used against any encrypted data by an attacker who is unable to take advantage of any weakness in an encryption system that would otherwise make his task easier. The key length used in the encryption determines the practical feasibility of performing a brute force attack, with longer keys exponentially more difficult to crack than shorter ones.

5 EXAMPLE OF BRUTE FORCE ATTACK // RAR FILES Is intended to recover lost passwords for RAR/WinRAR archives of versions 2.xx and 3.xx. The program finds by the method of exhaustive search all possible combinations of characters ("bruteforce" method), or using passwords from lists ("wordlist" or "dictionary" method). This method is unlikely to be practical unless the password is relatively short, however techniques using parallel processing can reduce the time to find the password in inverse proportion to the number of computer devices (CPUs) in use.

6 TCP/IP Network Vulnerability and Security The TCP/IP protocol suite has a number of vulnerability and security flaws inherent in the protocols. Those vulnerabilities are often used by crackers for Denial of Service (DOS) attacks, connection hijacking and other attacks.

7 SYN FLOODING EXAMPLE 01 SYN FLOODING A SYN flood is a form of denial-of-service attack in which an attacker sends a succession of SYN requests to a target's system. When a client attempts to start a TCP connection to a server, the client and server exchange a series of messages which normally runs like this: 1.The client requests a connection by sending a SYN (synchronize) message to the server. 2.The server acknowledges this request by sending SYN- ACK back to the client. 3.The client responds with an ACK, and the connection is established.

8 EXAMPLE 02 IP SPOOFING In computer networking, the term IP address spoofing or IP spoofing refers to the creation of Internet Protocol (IP) packets with a forged source IP address, called spoofing, with the purpose of concealing the identity of the sender or impersonating another computing system. IP spoofing is most frequently used in denial-of-service attacks. In such attacks, the goal is to flood the victim with overwhelming amounts of traffic, and the attacker does not care about receiving responses to the attack packets. IP spoofing can also be a method of attack used by network intruders to defeat network security measures, such as authentication based on IP addresses.

9 EXAMPLE 03 PACKET SNIFFING Packet capture is the act of capturing data packets crossing a network. Deep packet capture (DPC) is the act of capturing complete network packets (header and payload) crossing a network. The versatility of packet sniffers means they can be used to spy on other network users and collect sensitive information such as passwords (depending on any content encryption methods which may be in use)

10 What you’ve learnt Protect your personal information. It's a valuable commodity. www.wikipedia.com www.google.com 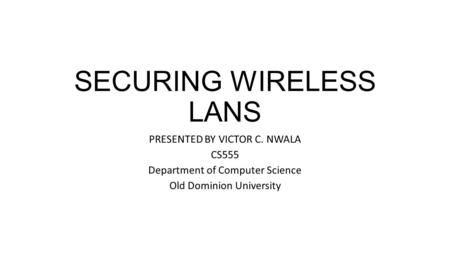 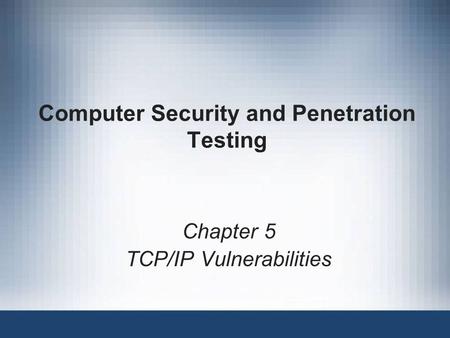 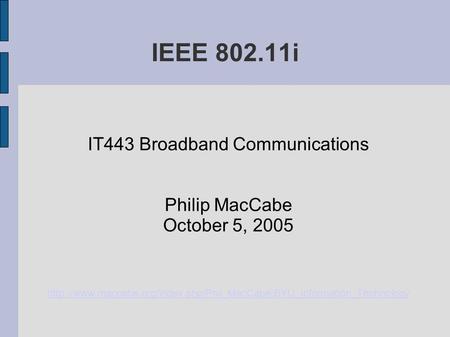 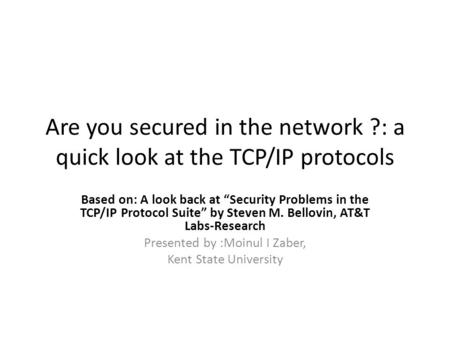 Are you secured in the network ?: a quick look at the TCP/IP protocols Based on: A look back at “Security Problems in the TCP/IP Protocol Suite” by Steven. 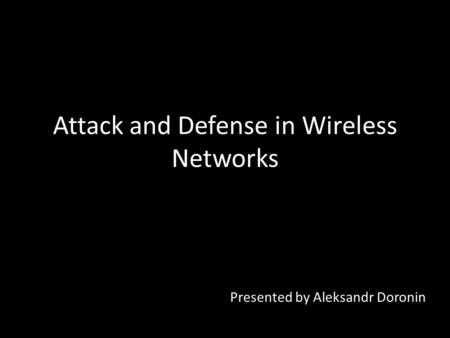 Attack and Defense in Wireless Networks Presented by Aleksandr Doronin. 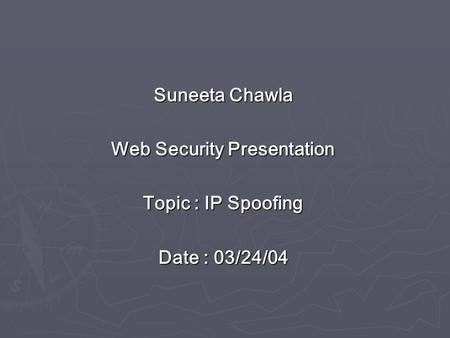 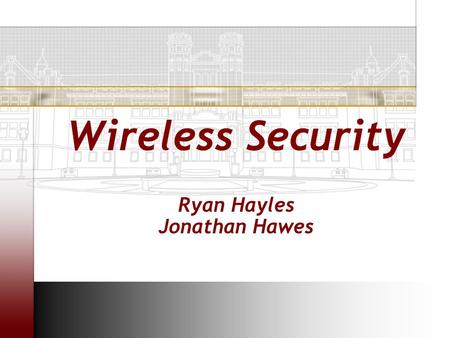 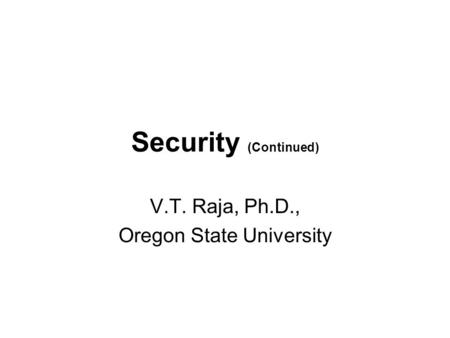 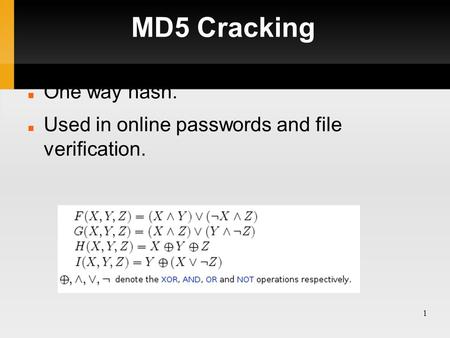 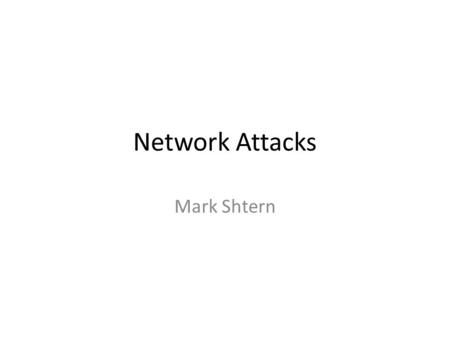 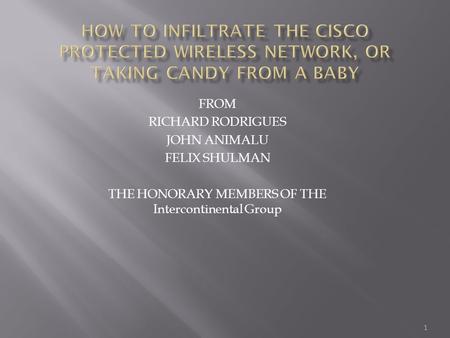 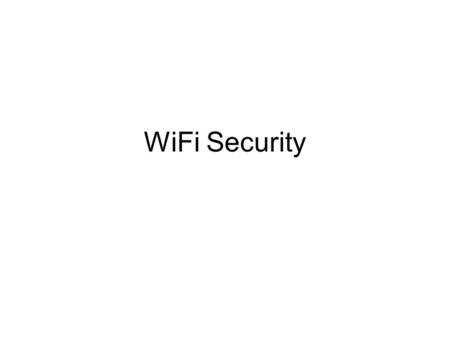 WiFi Security. What is WiFi ? Originally, Wi-Fi was a marketing term. The Wi-Fi certified logo means that the product has passed interoperability tests. 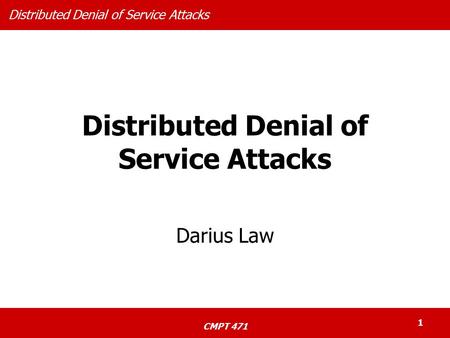 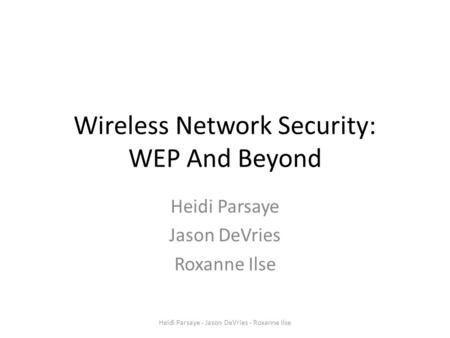 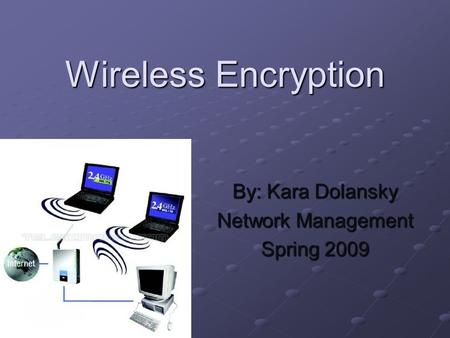 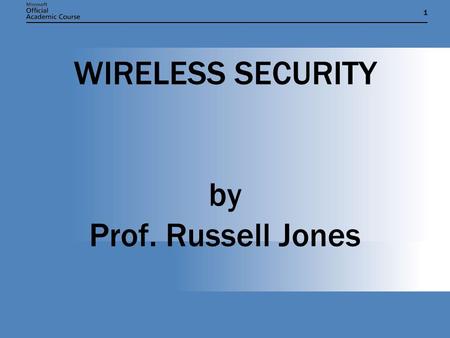 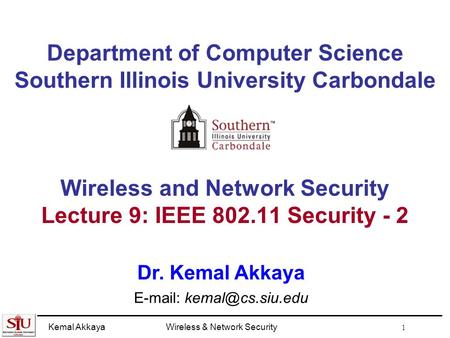 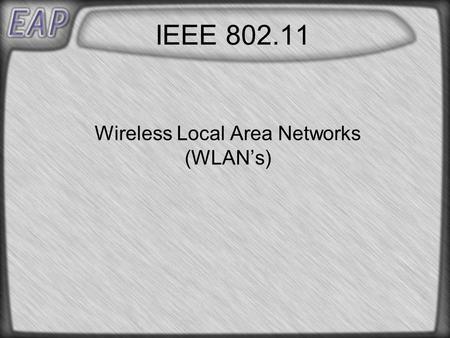 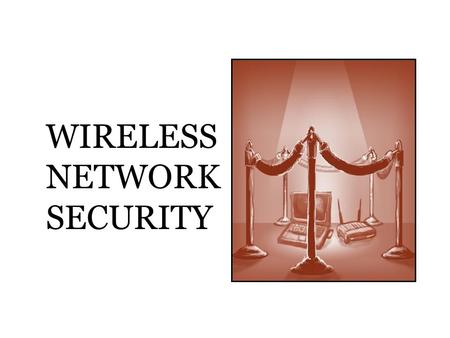