3 Babylonian Captivity 597 B.C. – Babylonians conquer Judah Forced people to move to Babylon New king of Judah was appointed from Jerusalem He rebelled, Judah was reconquered and the temple was destroyed

5 Jeremiah's beliefs God could be worshipped anywhere Exiles would return to Canaan if the people turned back to God “When you call Me, and come and pray to Me, I will give heed [pay attention] to you…and I will restore your fortunes…and I will bring you back to the place from which I have exiled you”

8 Jewish Diaspora 538 B.C. – Persian Empire conquered Babylon Their leader Cyrus allowed them to reclaim Canaan and to rebuild the temple The Exile had begun the Jewish Diaspora This was the scattering of Jews outside their homeland: some returned to Canaan, others did not

11 Activity Open your textbook to pages 236 and 237 to examine an early community center.

23 Ezra Quote “…follow the Teaching of God, given through Moses the servant of God, and to observe carefully all the commandments of the Lord our Lord…”

24 Torah Was canonized, or made an official part of the teachings of Judaism Torah was the law of Judah Judah was a theocracy, or a state ruled by religious law

26 Activity Complete page 67 of your Homework and Practice Book.

27 Wrap Up Which people conquered Judah? Why were many Jewish people exiled? Which prophet told the exiles they would return to Canaan? Why were synagogues developed? Who led them? What was the Jewish Diaspora? Who allowed Jewish people to come back to Canaan? Who helped restore Judaism in Jerusalem? 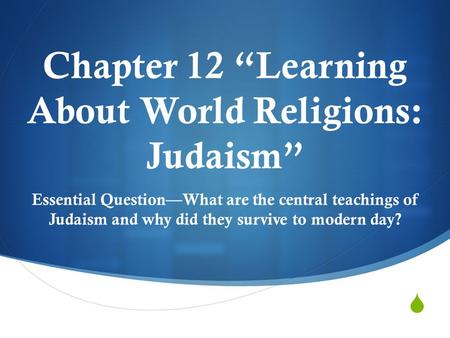 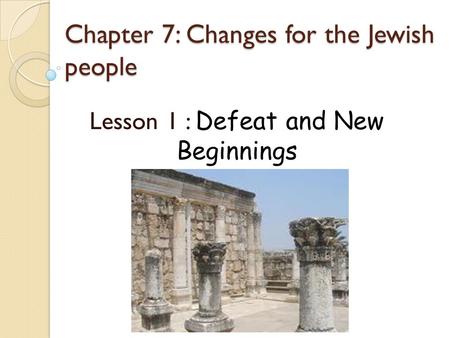 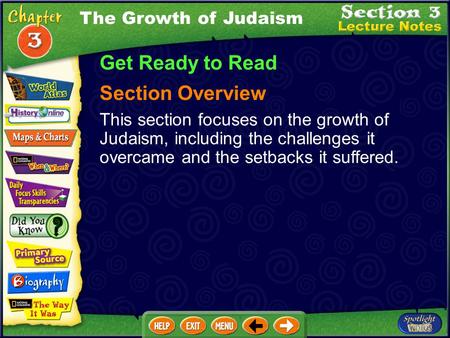 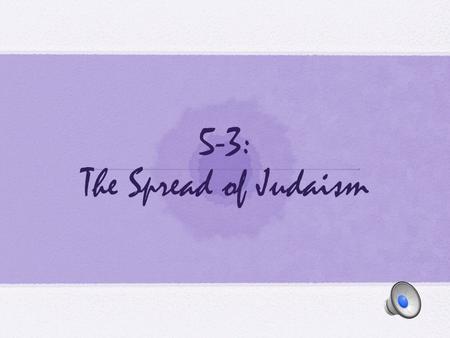 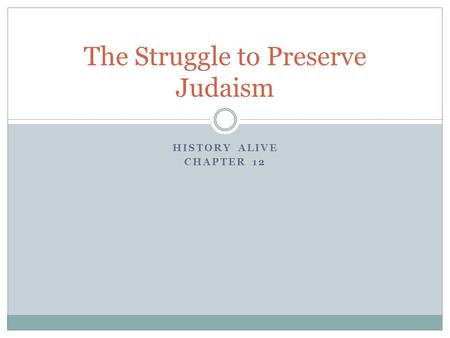 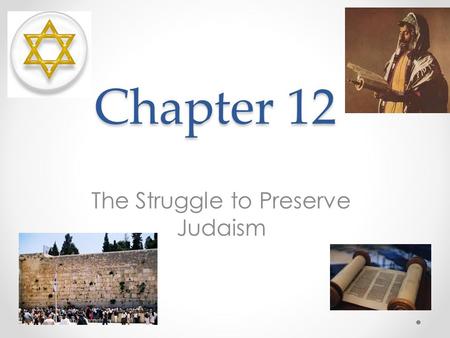 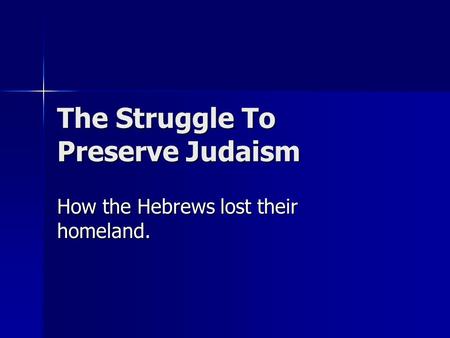 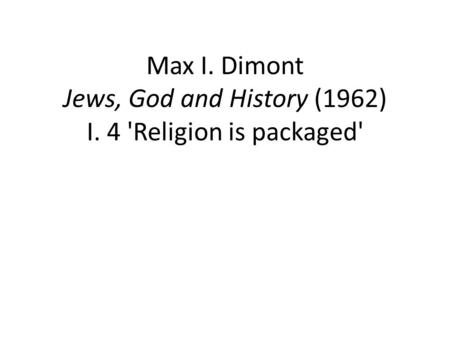 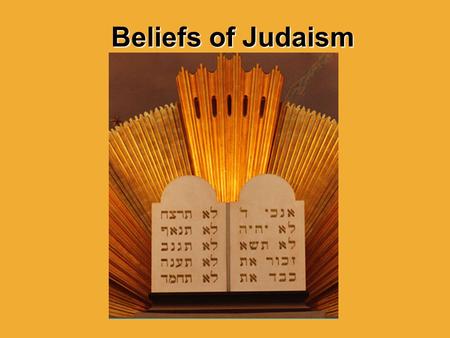 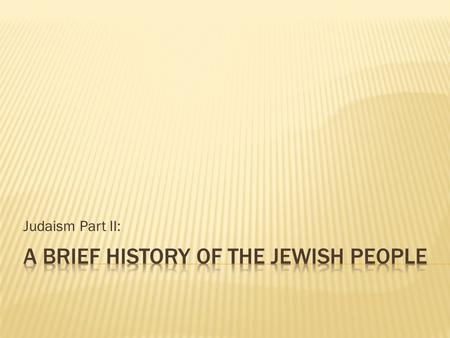 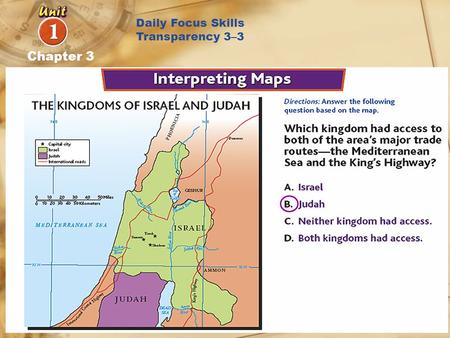 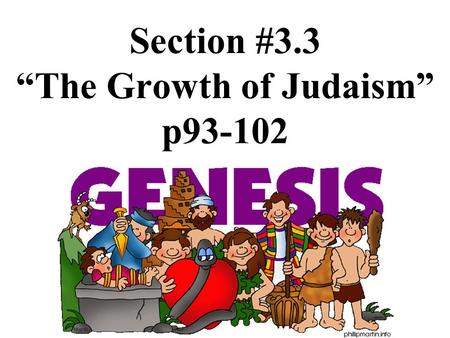 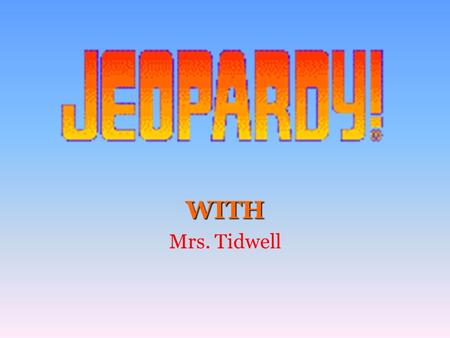 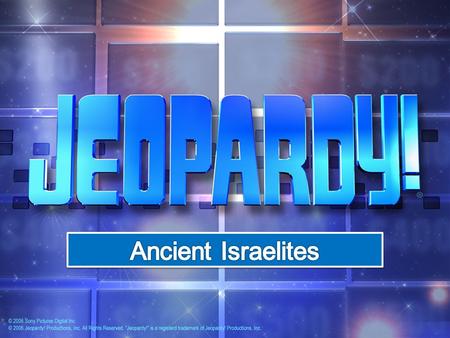