4 Air Masses for 200 This is a huge body of air that has similar temperature, humidity, and air pressure at any given height.

5 Air Masses for 400 These are the names of the bands of high-speed winds above Earth’s surface.

6 Air Masses for 600 This type of air mass brings cool, humid weather to the West Coast of the United States.

7 Air Masses for 800 This general type of air mass forms over land.

8 Fronts for 200 This is the name of the boundary where two different air masses meet.

9 Fronts for 400 This kind of front forms when a two cold air masses cut a warm air mass off from the ground.

10 Fronts for 600 This is the way the winds of a cyclone spins in the Northern Hemisphere.

11 Fronts for 800 This is the type of front that forms when a warm air mass overtakes a slowly moving cold air mass.

12 Storms for 200 This is a violent disturbance in the atmosphere.

16 Tornadoes and Hurricanes for 200 This is a rapidly whirling, funnel-shaped cloud that reaches down from a storm cloud to touch Earth’s surface.

17 Tornadoes and Hurricanes for 400 This is a tropical cyclone that has winds of 119 kilometers per hour or higher.

18 Tornadoes and Hurricanes for 600 Tornadoes form in this type of cloud.

20 Weather Forecasting for 200 These are scientists who study the cause of weather and try to predict it.

21 Weather Forecasting for 400 These are the lines on a weather map that join places with the same air pressure.

24 Capture the Chapter for 200 Scientists classify air masses according to ___________ characteristics.

26 Capture the Chapter for 600 These are high-pressure centers of dry air.

41 Storms for 400 This is the name of the sound you hear after you see lightning.

42 Storms for 800 This is a major danger during severe thunderstorms when there is a lot of precipitation.

44 Storms for 1600 This object forms when lightning strikes sand or sandy soil.

52 Weather Forecasting for 1600 What will the weather be like in a city of the northern part of the United States if a warm, moist front moves through it?

54 Capture the Chapter for 800 This is a ‘dome’ of water that sweeps across the coast where the hurricane lands. 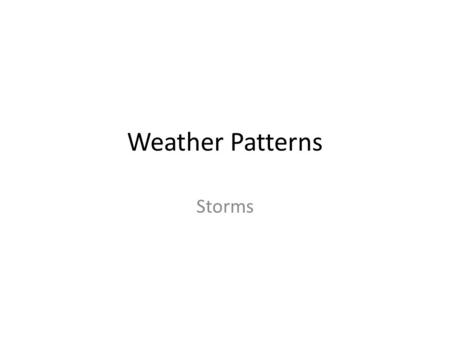 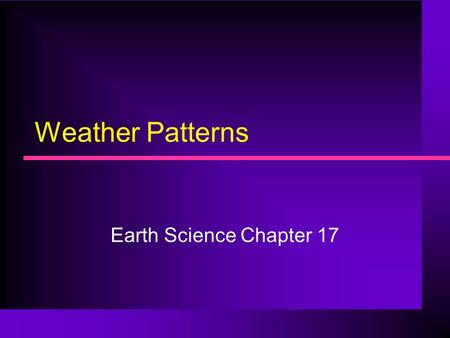 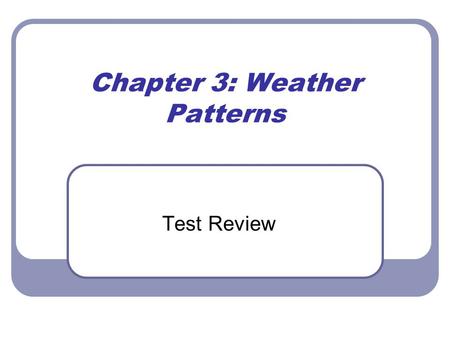 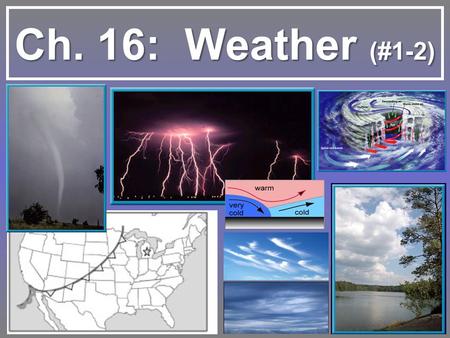 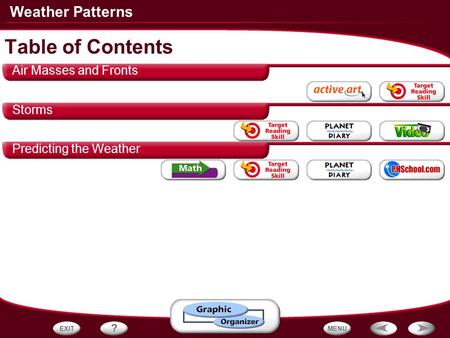 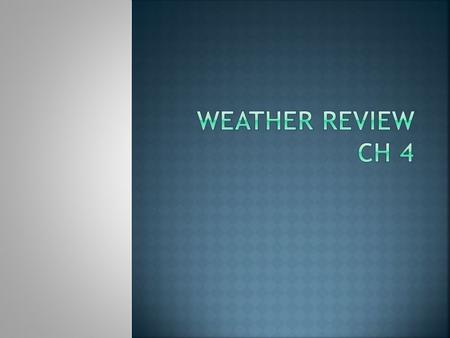