4 Functions of Law Set of rules that allow people to live peacefully in a society. Binding for everyone--Nobody is above the law Everyone know what to expect…if I steal your car, I go to jail.

6 Function of Law To be effective laws must; Fair Equal Understandable Enforceable

7 Early Laws Early laws were created for the same reasons we have laws today. Early laws were passed down from generation to generation by word of mouth. Even the earliest societies had a set of standards or laws that they lived by.

8 First Written Laws Code of Hammurabi Set of 282 laws Very harsh penalties for breaking them The Ten Commandments Rules for how people were to live and treat one another. Don’t; Lie Cheat Steal Kill

9 Roman Laws Jurisprudence- The Study of Law Romans were the first to look at and examine the laws governing its citizens.

10 English Laws Common Law- Laws based on the courts decision rather than a set of written laws. Precedents- Reviewing similar cases in order to develop a ruling on a case.

13 Criminal Law Laws that seek to prevent people from deliberately or recklessly harming each other or each other’s property. Lawyers for both sides present their clients case to a judge or jury. Judges or Juries are impartial and make the best decision based on the evidence that has been presented to them.

14 Criminal Law In criminal cases the government is the plaintiff. Plaintiff- The party that brings the charges against the alleged criminal Defendant- Person that is charged with a criminal act. Felonies Serious crimes…murder, rape, etc. Misdemeanors Less serious crimes…traffic violations, vandalism, etc.

15 Civil Law Disputes between people or groups of people in which no criminal laws have been broken. Lawsuits Broken Contracts, Divorce Torts…civil wrongs A person is injured and claims it was caused by another persons negligence. Example??? 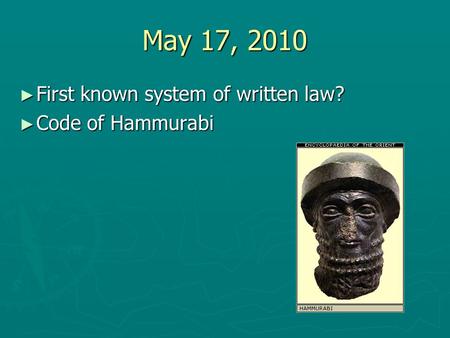 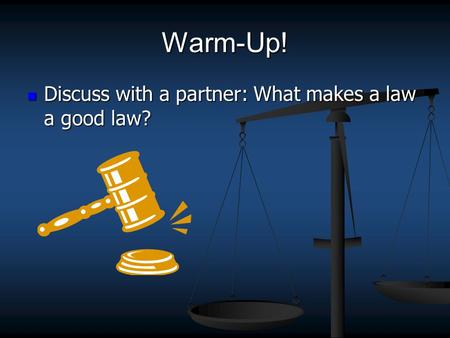 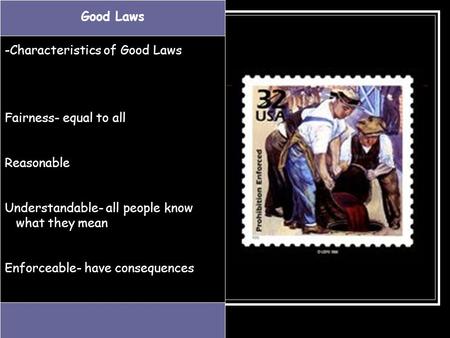 Good Laws -Characteristics of Good Laws Fairness- equal to all Reasonable Understandable- all people know what they mean Enforceable- have consequences. 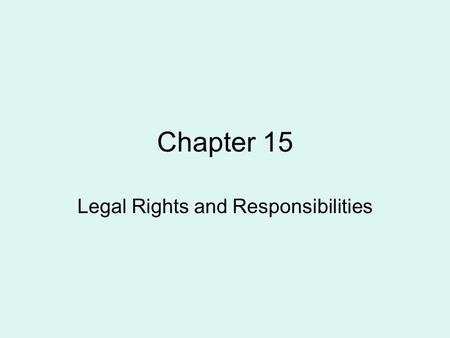 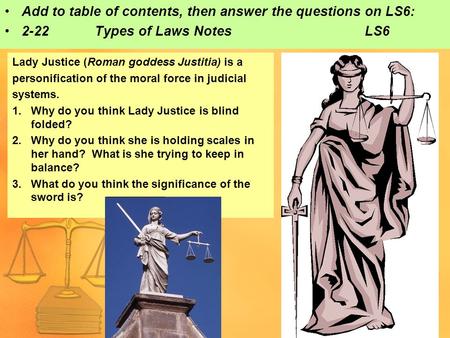 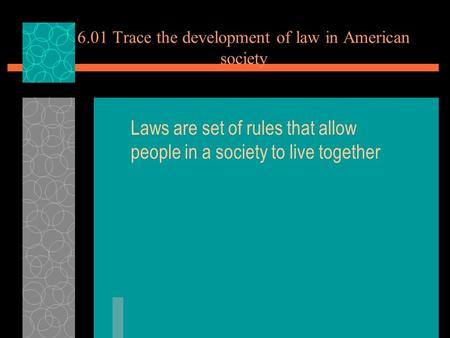 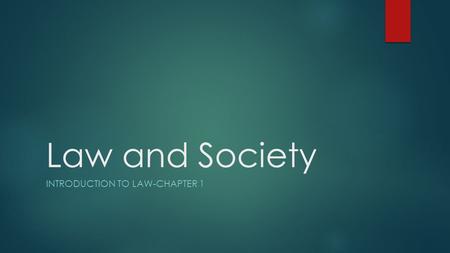 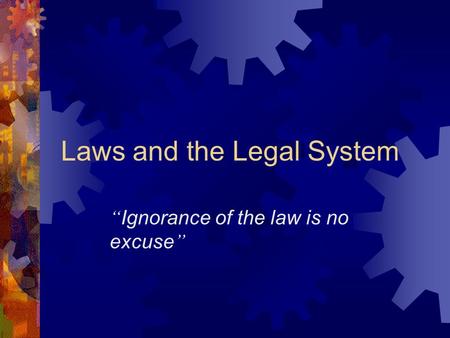 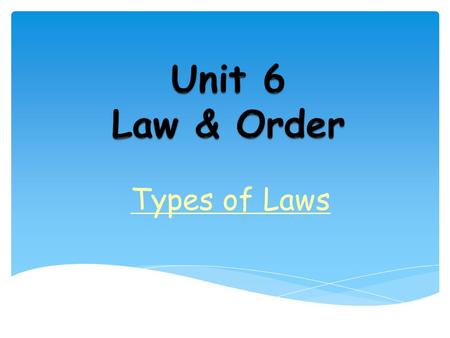 Types of Laws. Laws are supposed to.. –Protect human rights –Promote fairness –Resolve conflicts –Promote order and stability –Represent the will of the. 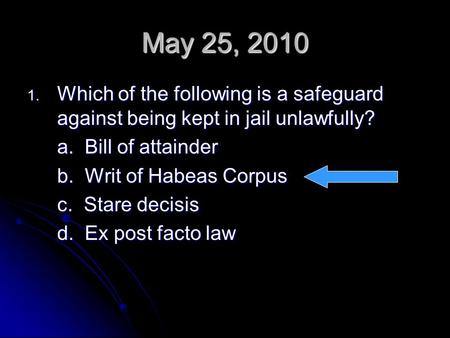