Presentation on theme: "Venice Let's take a view at one of the most beautiful cities in the world, Venice. Venice is the city of culture,beauty and love and there are too many."— Presentation transcript:

3 Let's take a view at one of the most beautiful cities in the world, Venice. Venice is the city of culture,beauty and love and there are too many things to find out and to visit. It’s a city in northern Italy, and it has been known as the "La Dominante", "Serenissima", "Queen of the Adriatic”, "City of Water", "City of Bridges", and "The City of Light". The buildings of Venice are constructed on closely spaced wood piles, which were imported from the mainland. The city is also famous for its canals. It is built on an archipelago of 118 islands formed by about 150 canals in a shallow lagoon.The islands on which the city is built are connected by about 400 bridges. And here the most important views from the city:

5 The PIAZZA SAN MARCO consists of two large contiguous areas: the Piazza itself and its extension,the Piazzetta, which runs down to the sea.Unrivalled examples of arhitecture face out on this large open space on all sides: the Basilica of San Marco, the Palace of the Dogs or palazzo Ducale, the Loggetta, the tall Clock Tower. The original layout of the Piazza dates to the 9th century, and its essentially remains the same despite the various changes that have been made throughout the centuries.

6 CLOCK TOWER The CLOCK TOWER, built by Codussi beetwen 1496 and 1499, is undoubtedly one of the most photographed monuments in Venice,thanks both to the presence of the original clock and to the two > who strike hours at the top of the tower. The large clok is a masterpiece of clockwork, indicating the passing of the seasons, the phases of the moon and the movement of the sun from the sigh of the zodiac to the other.

8 CAMPANILE OF SAN MARCO The Piazza San Marco is dominated by the lofty bell tower about 100 meters high called > by the Venetians.Over the belfry, pierced by four-light openings, is a drum which supports the pyiramidal steeple and the statuete of the Archangel Gabriel. Nowadays, from the belfry where Galileo tried out his telescope, a magnificent panorama can be had over the lagoon and the city.

10 BASILICA OF SAN MARCO San Marco is the > of Venice, the monumental symbol not only of the State Church, but of plolitical power as well, for it was originally created as a Ducal Chapel and dit not become the seat of the Patriarch until the 19th century. San Marco wa the heart of the city, the fulcrum around which life in Venice revolved.

12 A view of the Piazzetta

13 PALACE OF THE DOGES The first Ducal Palace, or Palace for the Doge, which could be more easily defended from enemy attacks via sea, could not have been built until at least a year or two after the government moved its headquarters from Malamocco to Venice at he beginning of the 9th century. The palace was completed in the Renaissance period, and it was buil in Italian Gothic style.

18 Island of the Giudecca

24 The church of San Marcuola

31 This project was made by : Ivanoiu Carmen Bianca Calistrate Mihaela Georgiana

Download ppt "Venice Let's take a view at one of the most beautiful cities in the world, Venice. Venice is the city of culture,beauty and love and there are too many." 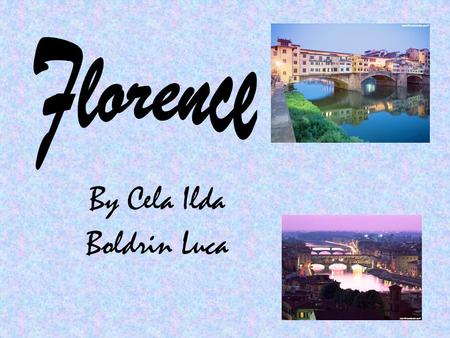 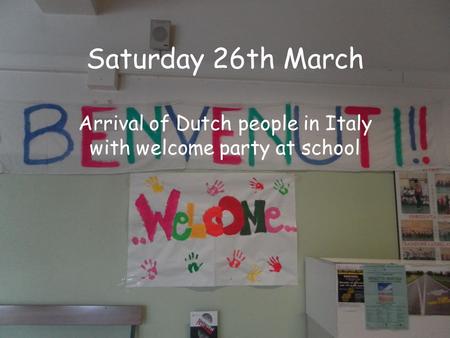 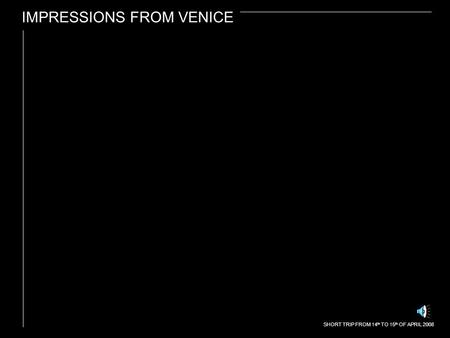 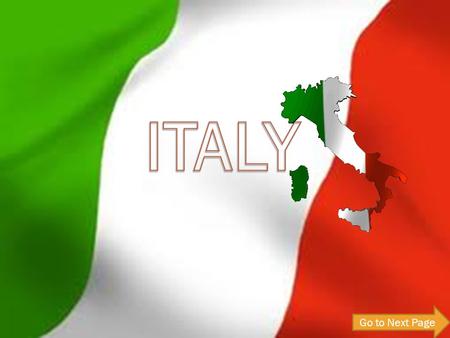 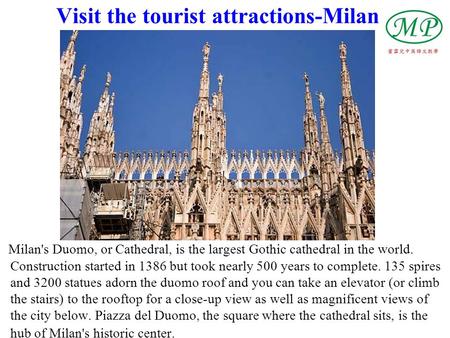 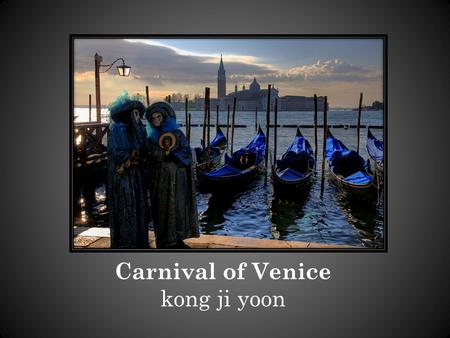 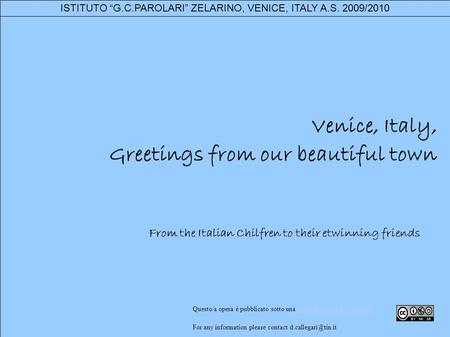 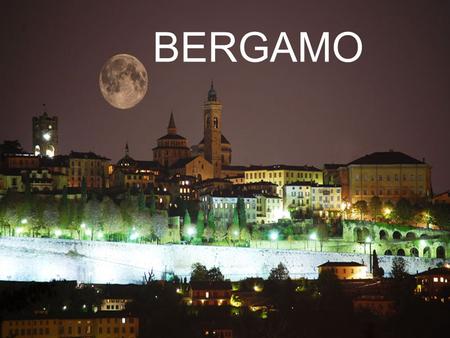 BERGAMO. Bergamo is located in Lombardy, northern Italy. WHERE IS IT ? 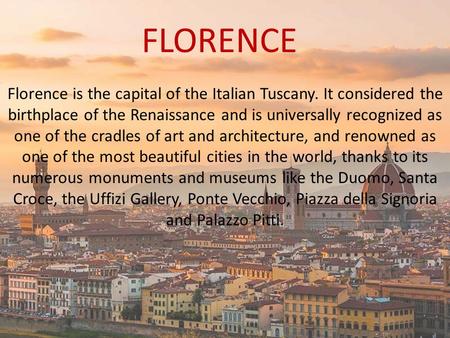 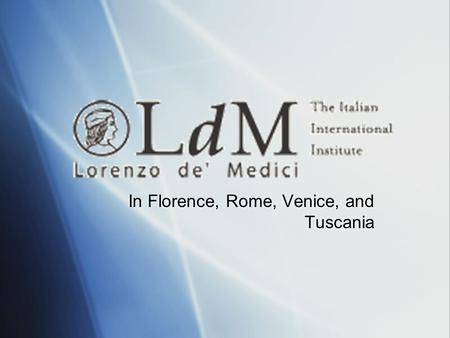 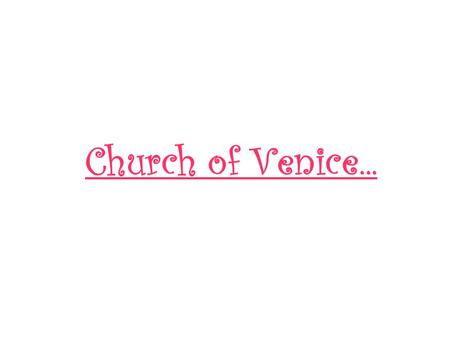 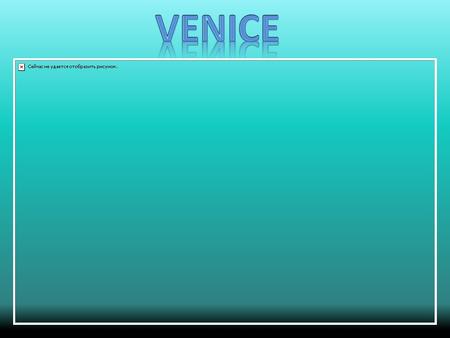 Once the center of a prosperous empire, Venice is a unique city and one of the historic and artistic treasures of the world. The historic center is comprised. 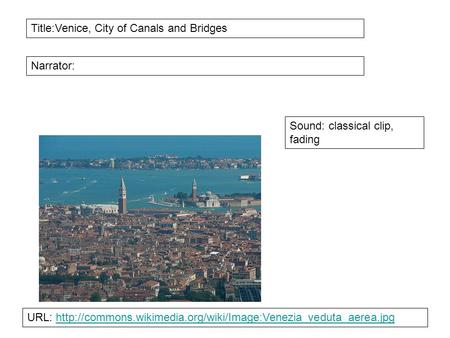 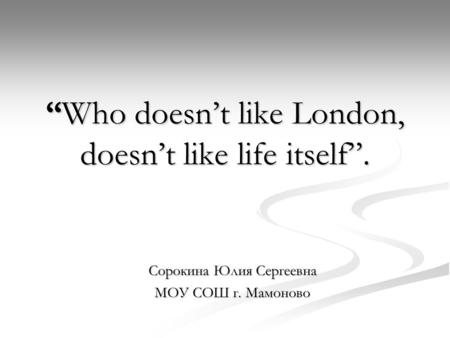 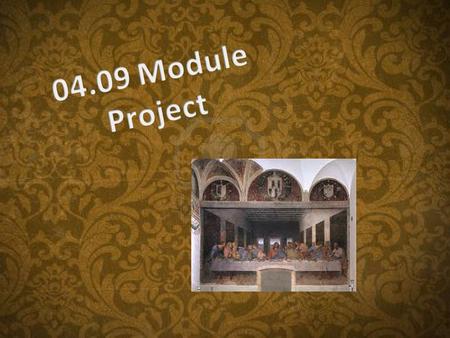 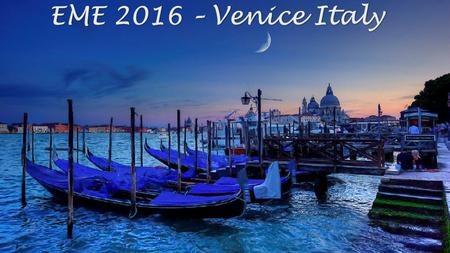 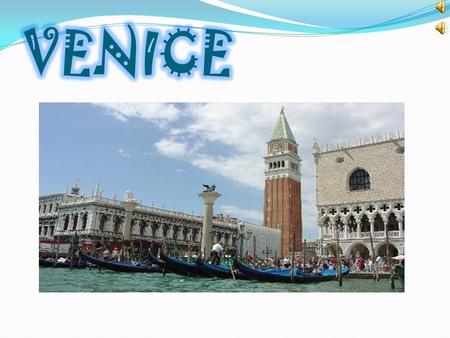 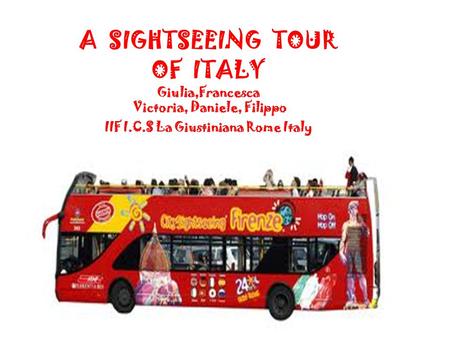 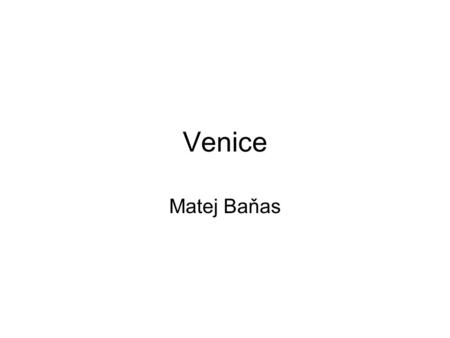 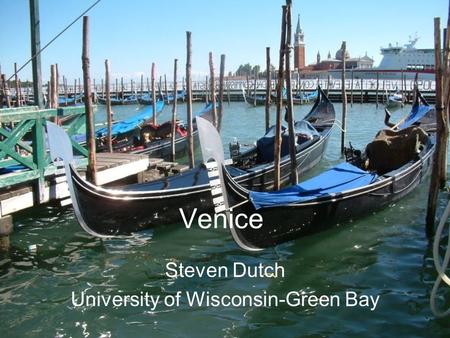