3 - Vietnam has a dense river network: 2,300 rivers with a length over 10 km, 8 rivers have large basins of more than 10,000 km2. Lowland areas are fed by two major river systems: the Red River in the North and Mekong River in the South. - In Vietnam, there are over 3,260 km of coastline and more than 3,000 islands. Vietnam’s geographical conditions result in high variation in climate, soil and topography, and thus, a wide variety of ecosystems, each of which has its own flora and fauna.

4 Some main characteristics of Biodiversity in Vietnam
In 1992, the World Conservation Monitoring Center evaluated Vietnam as one of the 16 most biologically diverse countries in the world. Vietnam’s Biodiversity is characterized by : - Species diversity: about 11,458 species of fauna, 21,017 species of flora and 3,000 species of micro-organisms have been recognized and every year many new species are discovered. For example, in period of , 13 new genera, 222 species, 30 subspecies were described and 2 families, 19 genera, over 70 species were added to the native flora. Five new mammal, 3 bird species in mainland Southeast Asia and large number of new species of reptiles, amphibians, fishes and invertebrates have been described for 30 years.

6 - Ecosystem diversity: in Vietnam 10 terrestrial ecosystems (forests cover the largest area and support the highest levels of biodiversity) and 9 coastal/ marine biodiversity regions adjusted to follow provincial boundaries, 30 natural and 9 artificial wetlands were documented. Vietnam has an exclusive marine economic zone of about 20 types of marine ecosystems. There are more than 11,000 species including 2,500 marine fish, 225 shrimp, over 200 phytoplanton, nearly 700 zooplankton 100 mangrove plant, 15 sea grass and over 6,000 benthic inverterbrate species. Approximately 1,122 square km of coral reef distributed from the North to the South, 90 % of hard coral species in the Indo-Pacific has been found in Vietnamese waters

7 - Vietnam’s natural ecosystem include a rich variety of productive and beautiful forest types, marshes, rivers and coral reefs, which together support nearly 10 % of the global total mammal and bird species. - Vietnam’s biodiversity is an important part of the country’s economy and culture. Because it makes a major contribution to forestry, fishery, agriculture, health, industry and tourism. In Vietnam, more than70% of habitants are farmers, about 25 million people living depend on forests, 8 million get their primary household income and other 12 million get part of their income from fisheries.

8 - Today,Vietnamese have to face biodiversity’s loss and degradation.
- Ecological systems and biodiversity within them provide not only much of the basic needs for people, but insurance against natural disasters(as flood and drought) as well. - Today,Vietnamese have to face biodiversity’s loss and degradation. For examples: even forest cover in Vietnam is 37% of total land area, but 18% of that is plantation, of remaining forest only 7% is “primary” and about 70% is poor quality forest. Between 1992 and 2002, forest losses due to fire averaged 6,000 hectare annually. About 700 species of animals and plants are threatened with extinction nationally, while over 300 species are threatened with global extinction, among them 49 species are classified as “critically endangered”. This due to forest loss, illegal logging, wildlife trade, habitat’s loss and fragmentation, environmental pollution… 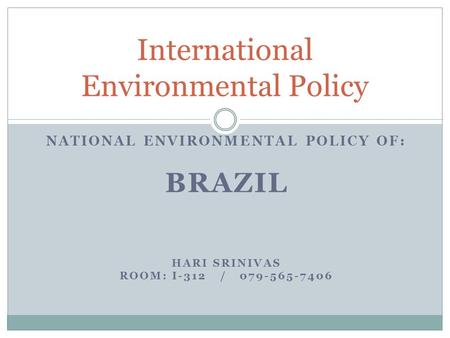 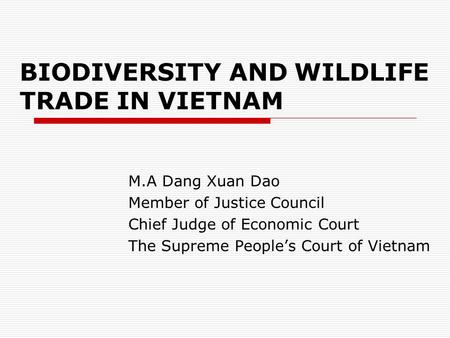 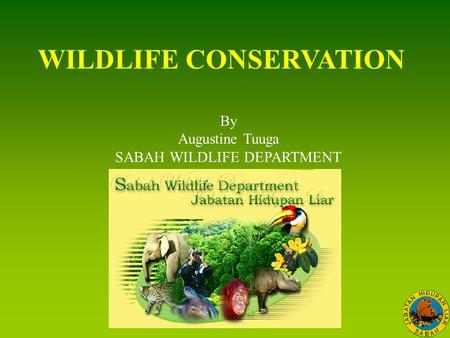 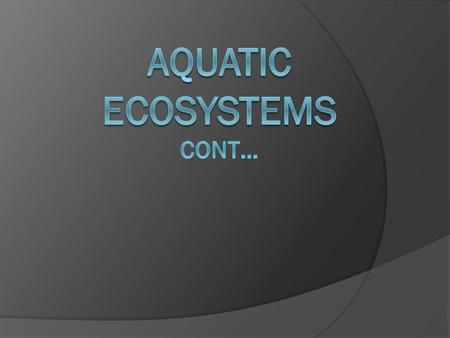 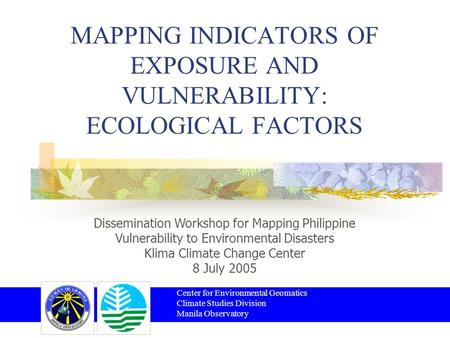 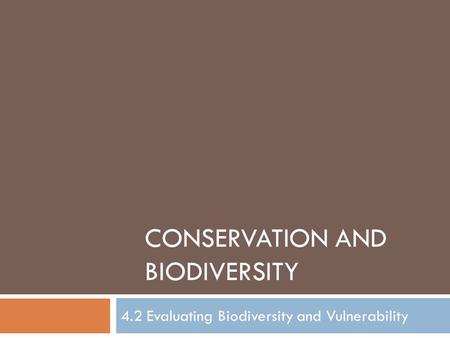 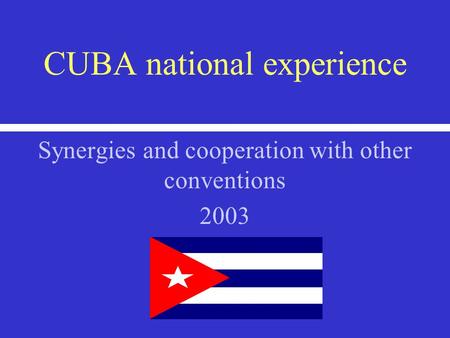 CUBA national experience Synergies and cooperation with other conventions 2003. 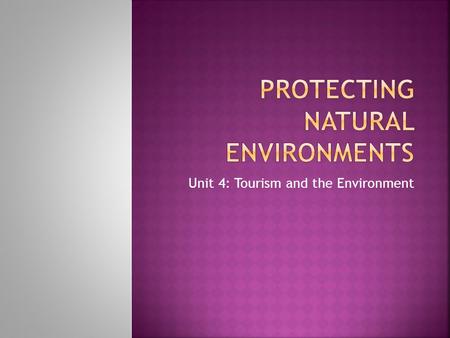 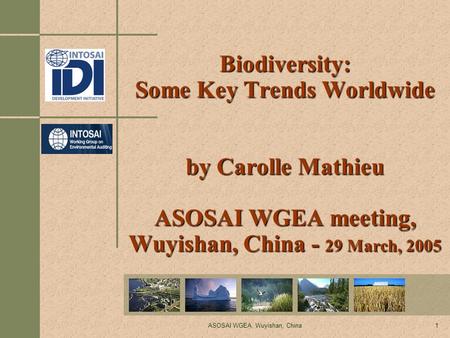 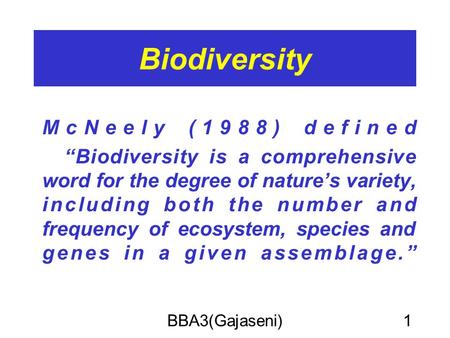 BBA3(Gajaseni)1 Biodiversity McNeely (1988) defined “Biodiversity is a comprehensive word for the degree of nature’s variety, including both the number. 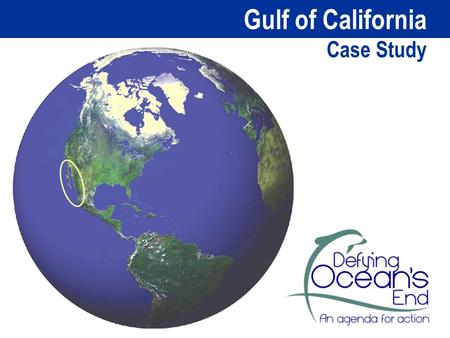 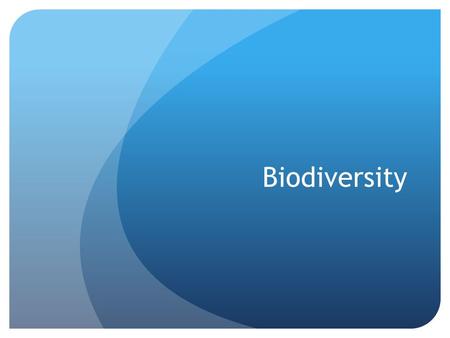 Biodiversity. What is it? Biological diversity - or biodiversity - is the term given to the variety of life on Earth and the natural patterns it forms. 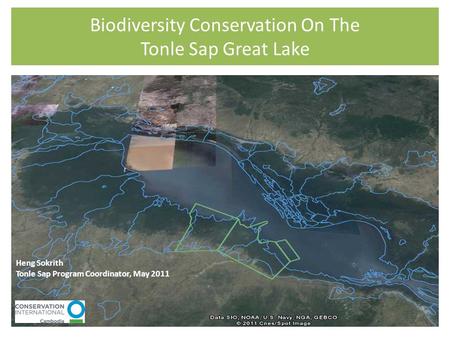 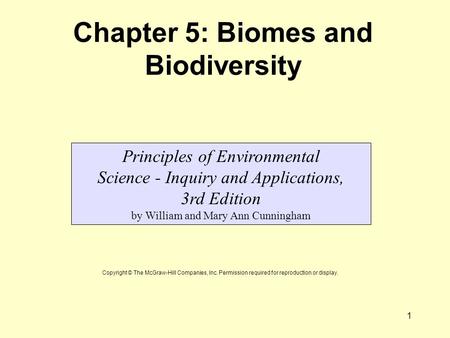