Presentation on theme: "Warm-Up Which country is the largest country in the world? Russia."— Presentation transcript:

2 Warm-Up Which country is the largest country in the world? Russia

4 What does a political map show? Boundaries of different countries

6 Why does location matter? SS6G8 – The student will locate selected features of Europe. Opening:

7 Vocabulary Terms - Organizer What is a peninsula? A piece of land almost surrounded by water or projecting out into a body of water. What is a plain? A large area of flat or gently rolling land. What is a plateau? An elevated plain, usually with at least one steeply dropping or rising side. What is a strait? A narrow stretch of water that connects 2 larger bodies of water. What is a channel? A length of water wider than a strait, joining two larger areas of water, especially two seas

8 The Geography of Europe Before the 1900’s, the easiest way to travel around Europe was by water. This is because some parts of Europe are very mountainous. Many rivers and seas make Europe ideal for waterway travel.

9 Today, Europe is full of railways, airports, and roads. These man-made transportation corridors allow people to move throughout Europe without waterways.

10 Before the advent of modern transportation, the many waterways were vital to the growth of Europe. Water surrounds almost the entire continent. The southern coast of Europe borders the warm waters of the Mediterranean Sea.

11 Europe has an extensive river system. Major Rivers Rhine River Danube River Volga River These rivers allowed for movement of goods, people, & ideas throughout the continent in the past.

15 Landforms of Europe Europe is sometimes called a “continent of peninsula’s.” This is because several large peninsula’s, or bodies of land surrounded by water on three sides, form the European continent.

19 Landforms of Europe Along the jagged shorelines of the Scandinavian Peninsula are fjords. A fjord is a long, narrow, deep inlet of the sea located between steep cliffs. These were carved by glaciers during the last ice age.

20 Landforms of Europe Much of Europe is covered with mountains. All of the peninsula’s we just saw contain mountain ranges. The highest mountains in Europe are the Alps. Color the mountains brown.

21 The Ural Mountains divide the continent of Europe from Asia. (Color the mountains brown) The people on the western side of the Urals have more of a European culture, whereas those on the eastern side have a more Asiatic culture.

22 Not all of Europe is mountainous. A large region called the Great or North European Plain stretches from the coast of France to the Ural Mountains. This land is good for farming. Color the plains green.

23 The North European Plain is home to some of the world’s best farmland. It also contains many rivers, which made it a great place to live in the days before modern transportation & grocery stores. A plain is a large, flat area of land, usually with few or little forest cover.

24 Climate of Europe Europe usually experiences cold winters in the northern regions. Overall, western Europe is warmer than other places in the world at the same latitude, like Canada. This is because the gulf stream brings warm water to the continent which makes warm weather.

26 Natural Resources of Europe Europe had an abundance of natural resources. It still has a lot, but it has so many people that they go quickly. Europe has a good bit of coal, ores, & mineral resources. Most of the forests have been cleared for timber.

Download ppt "Warm-Up Which country is the largest country in the world? Russia." 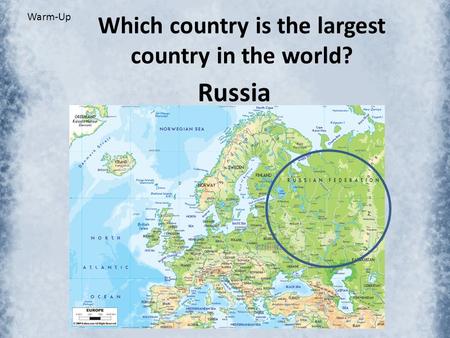 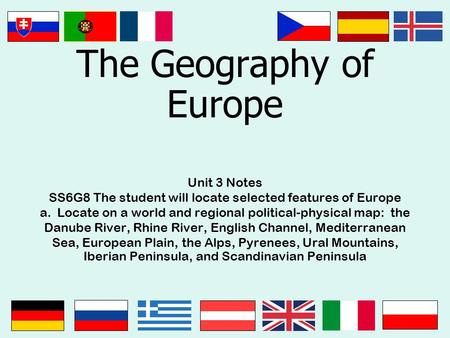 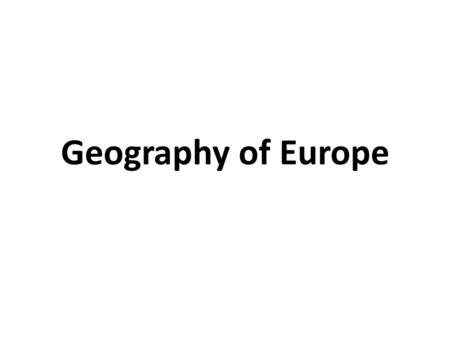 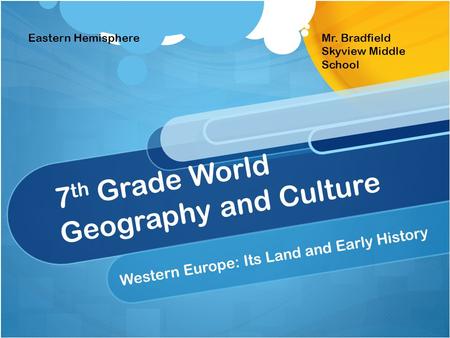 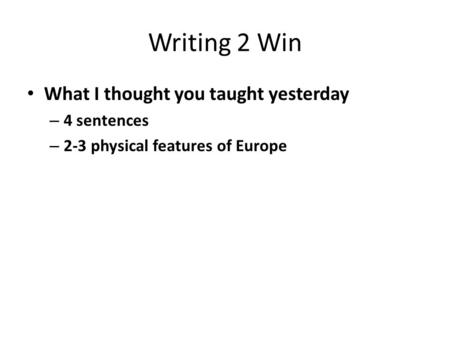 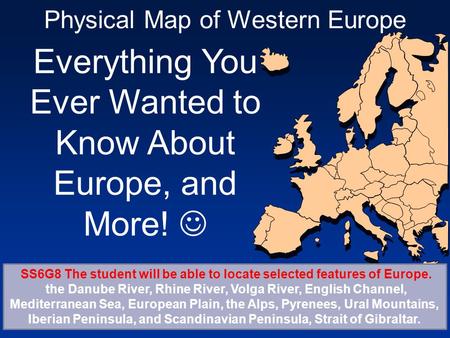 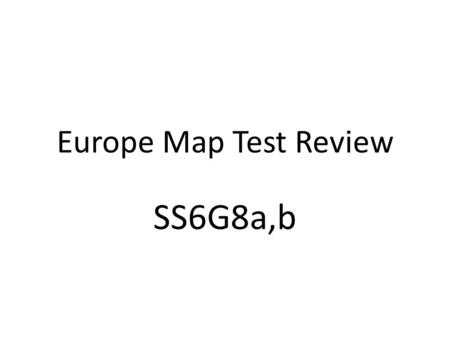 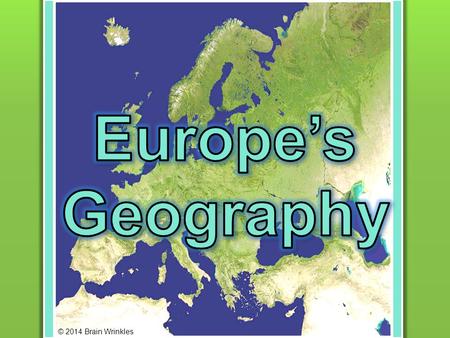 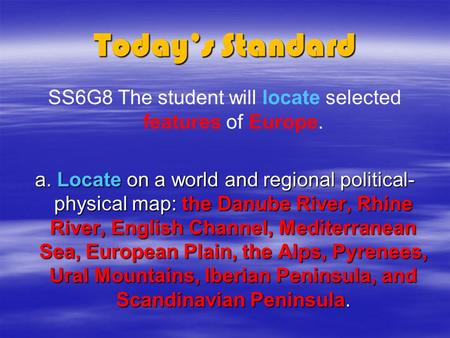 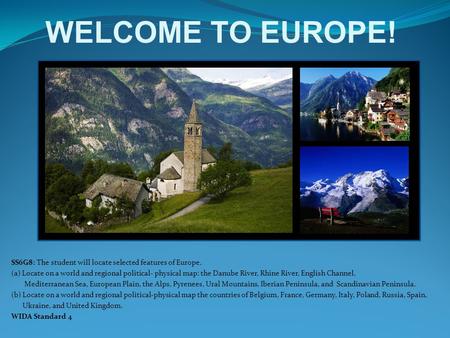 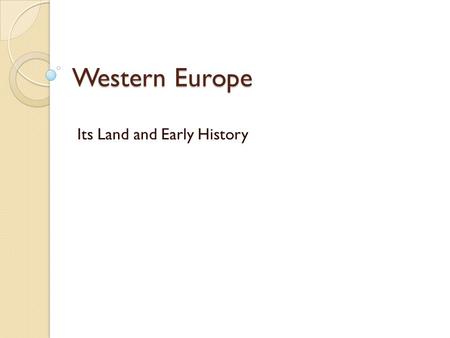