5 Circulation with rotation on a uniform surface with no tilt

6 Circulation with rotation, on non-uniform surface, and tilt (the 3-cell model)

18 Polar front Zone of collision between westerlies and the easterlies

28 Components of global circulation shift throughout the year

33 Dry all year but seasonal variability in rainfall along peninsula 2. Baja Peninsula (22 – 35 N)

36 Kentucky weather and climate and their global controls Winter – MLCs create alternating periods of cold and dry then warmer and humid conditions. Some tstorms along cold fronts can be severe. Summer – weather and climate under more local controls, fewer MLCs. Rainfall from convective thunderstorms with occasional upper level support from polar jet stream. Droughts can set up because of Omega blocks. 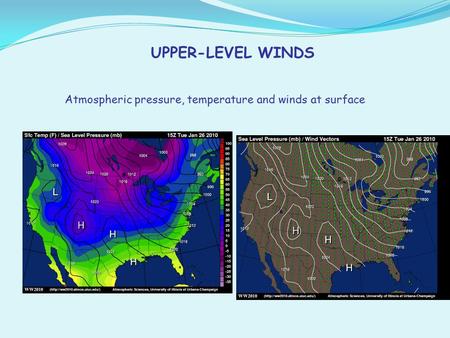