3 Percent Composition The mass percent of an element is the elements percentage of the total mass of the compound.

5 Percent Composition A g sample of chromium reacts with oxygen to form g of the metal oxide.

8 Percent Composition What is the percent composition of phosphoric acid? Which has the larger percent by mass of sulfur? H2SO3 or H2S2O8

14 Empirical Formula Convert each of the masses in Step 1 to moles by using the appropriate molar mass for each element as a conversion factor. 63.16 g O 36.84 g N

15 Empirical Formula Write down a pseudo-formula for the compound, using the moles of each element (from Step 2) as subscripts.

16 Empirical Formula Divide all the subscripts in the formula by the smallest subscript.

18 Practice Determine the empirical formula for a compound that contains 35.98% aluminum and 64.02% sulfur.

19 Practice The chemical analysis of aspirin indicates that the molecule is 60.00% carbon, 4.44% hydrogen, and 35.56% oxygen. Determine the empirical formula for aspirin.

20 Molecular Formula The molecular formula specifies the actual number of atoms of each element in one molecule or formula unit of the substance. Molecular formula is always a whole-number multiple of the empirical formula.

22 Molecular Formula Multiply the subscripts in the empirical formula by n to arrive at the molecular formula.

23 Molecular Formula Find the molecular formula for fructose (a sugar found in fruit) from its empirical formula, CH2O, and its molar mass, g/mol.

26 Practice Succinic acid is composed of % carbon, 5.08% hydrogen, and 54.24% oxygen and has a molar mass of g/mol. Determine the empirical and molecular formulas for succinic acid.

27 Practice A compound was found to contain g of carbon and g of hydrogen. The molar mass of the compound is g/mol. Determine the molecular formula. 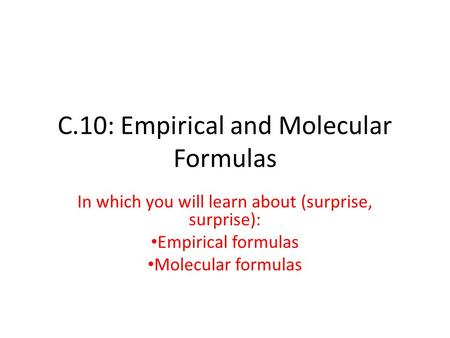 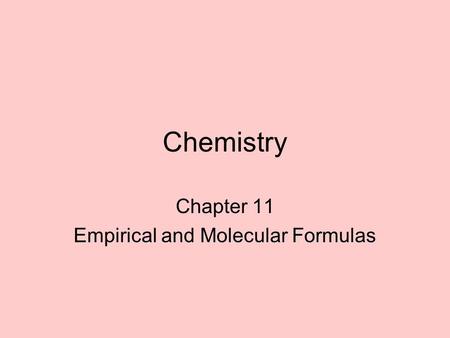 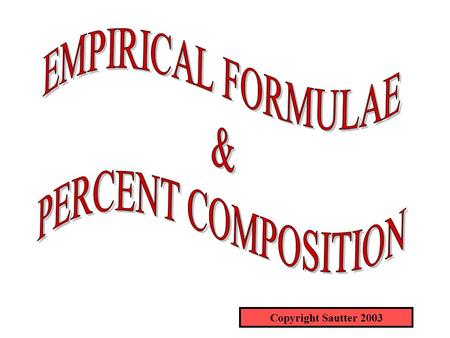 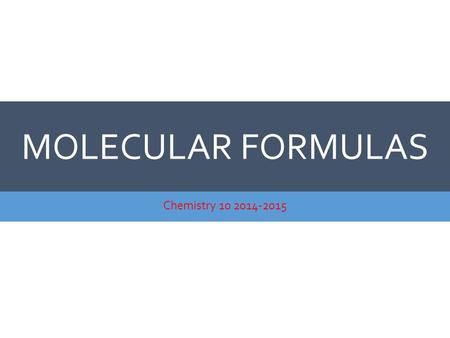 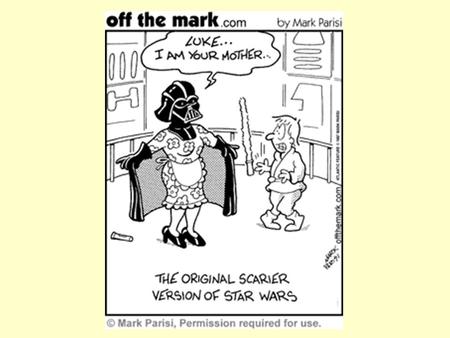 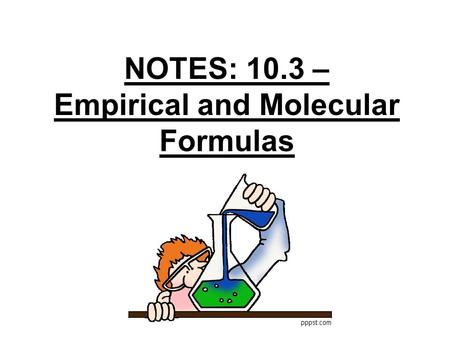 NOTES: 10.3 – Empirical and Molecular Formulas What Could It Be? 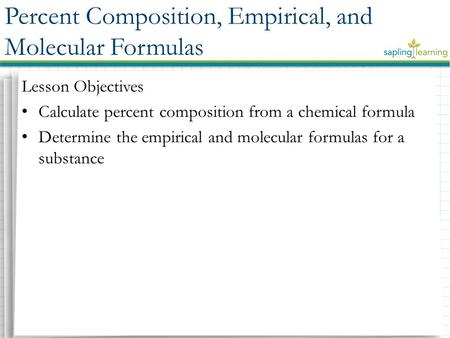 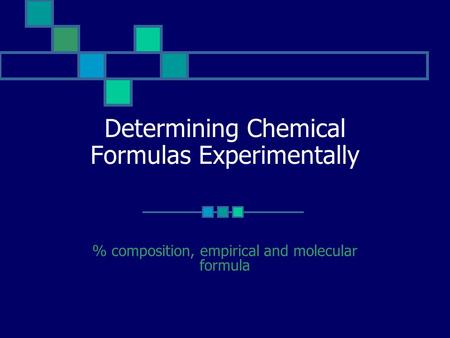 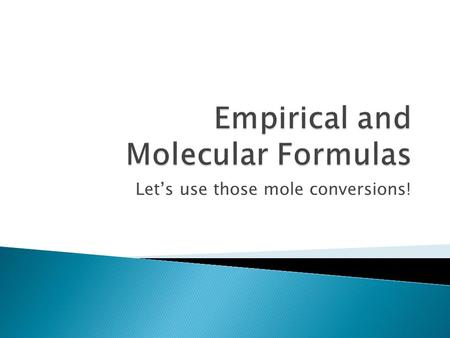 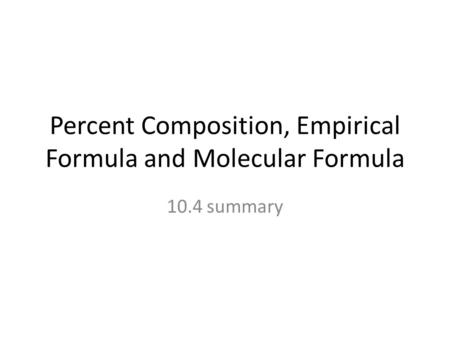 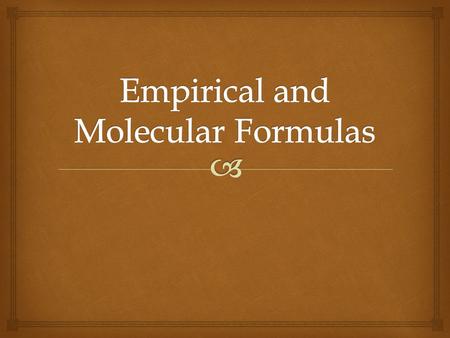 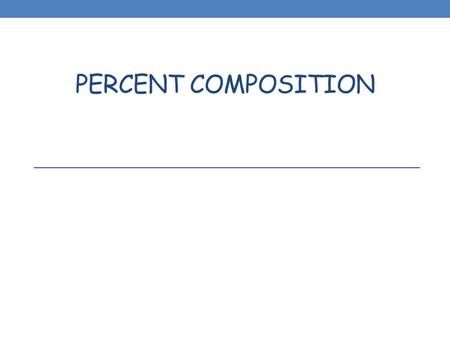 PERCENT COMPOSITION. 2 3 Steps for Determining Chemical Formulas 1. Determine the percent composition of all elements. 2. Convert this information into. 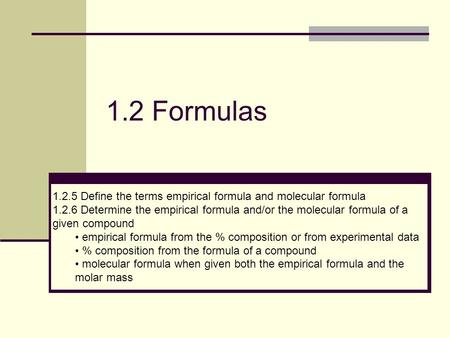