3 Passive Coolers Radiators Stored cryogens.
Radiators are panels radiating heat according to Stefan's Law extremely high reliability low mass and a lifetime limited only by surface contamination and degradation limitations on the heat load and temperature (typically in the milliwatt range at 70K ) Multiple stages are often used Stored cryogens. Dewars containing a cryogen such as liquid helium or solid neon excellent temperature stability with no exported vibrations substantially increases the launch mass of the vehicle limit the lifetime of the mission to the amount of cryogen stored STEPHANS LAW : AMOUNT FLUX FROM BLACK BODY FLUX : AMOUNT OF ENERGY / SECOND /SQ. CENIMETER ITS MEASURE OF HOW BRIGHT SURFACE APPEARS.

4 Active Coolers Stirling cycle.
These coolers are based on causing a working gas to undergo a Stirling cycle which consists of 2 constant volume processes and two isothermal processes. Devices consist of a compressor pump and a displacer unit with a regenerative heat exchanger, known as a `regenerator'. Stirling cycle coolers were the first active cooler to be used successfully in space and have proved to be reliable and efficient. Recent years have seen the development of two-stage devices which extend the lower temperature range from 60-80K to 15-30K.

6 Some examples of missions using active coolers
Missions are listed as vehicle/instrument. Design lifetime has been quoted if the instrument is yet to be launched or failed due to another component. Excluding electronics. STS/BETSE was a technology demonstrator. UARS/ISAMS figures per cooler running at 83% stroke.

9 Set of cold-finger available for Cryocooler 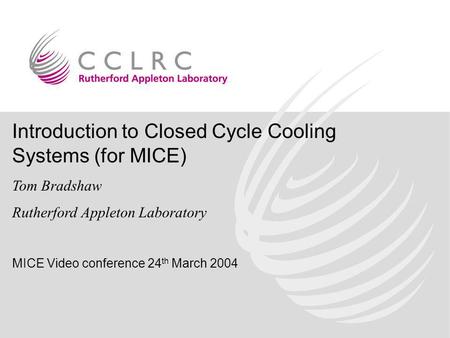 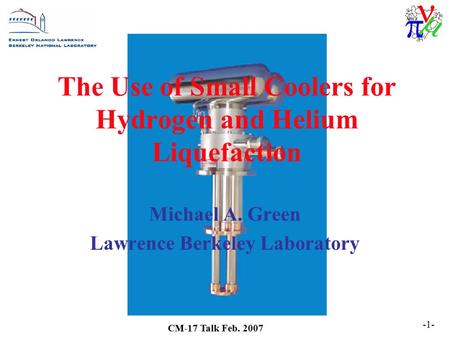 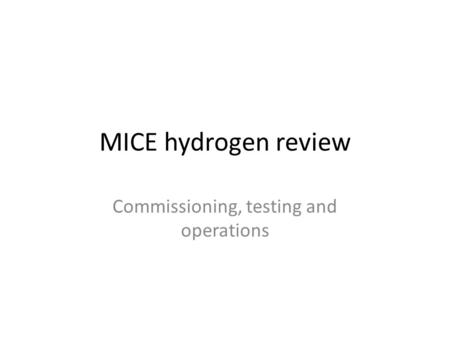 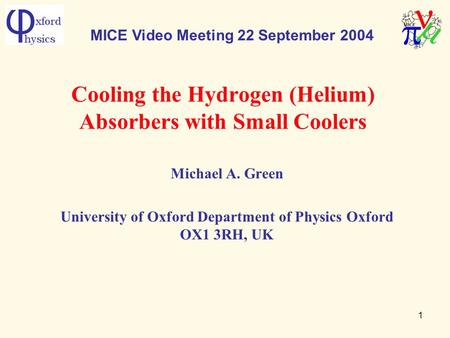 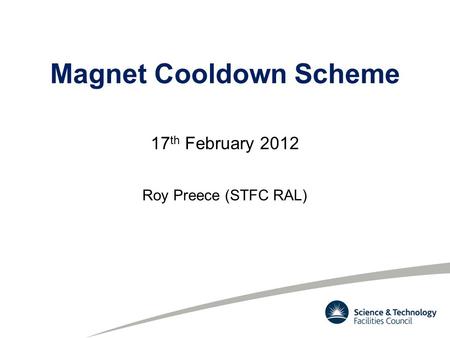 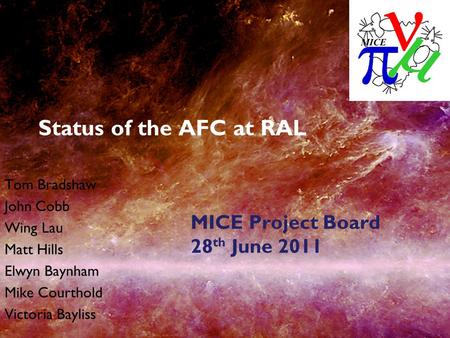 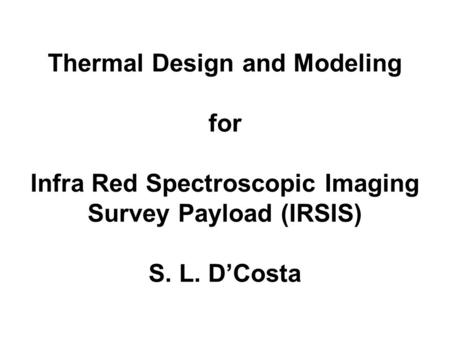 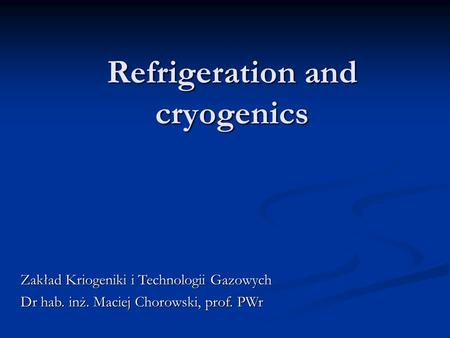 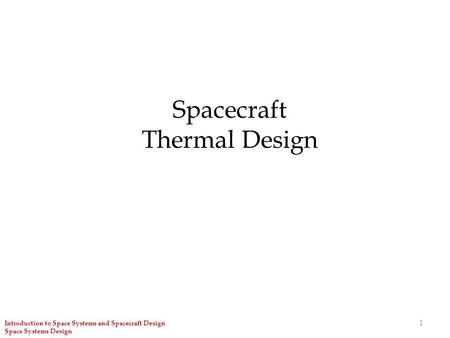 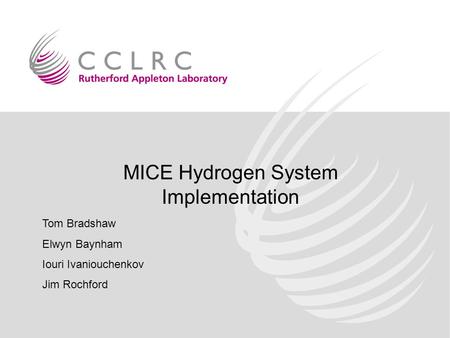 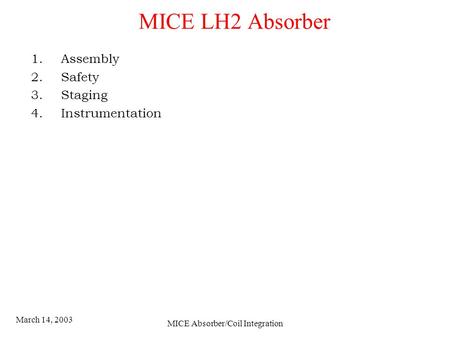 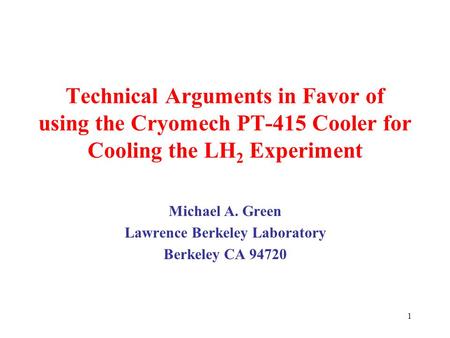 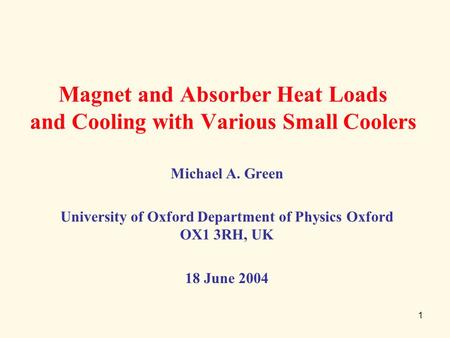 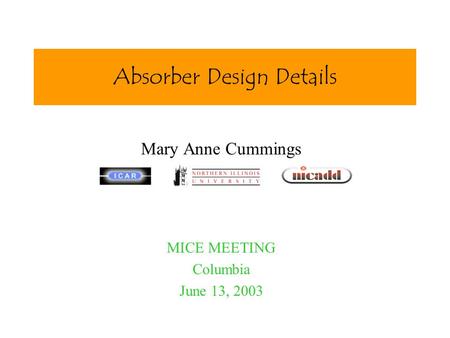 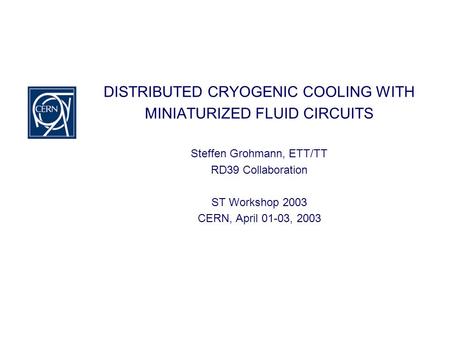 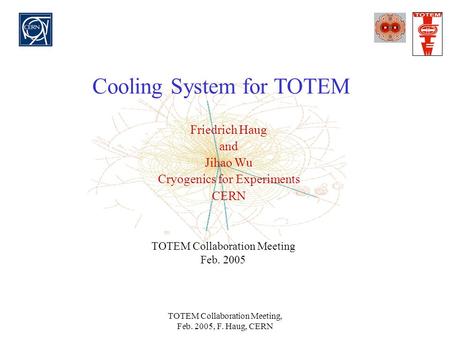 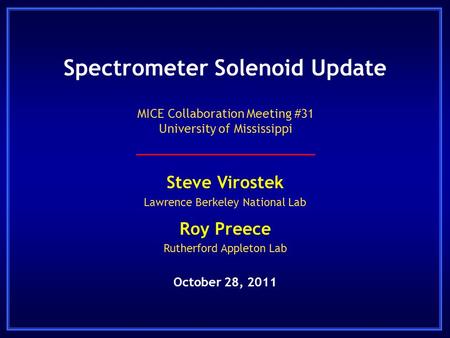 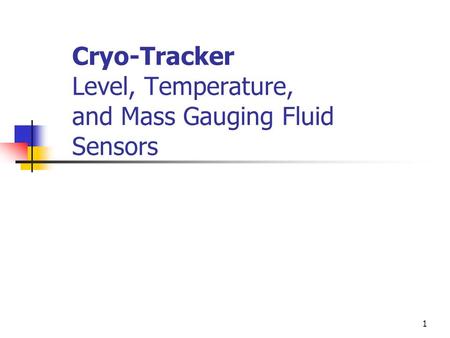