2 Osiris A mummified man wearing a white cone-like headdress with feathers Osiris was the god of the dead, and ruler of the underworld.

4 Anubis Man with a jackal head Anubis was the god of embalming and the dead. Since jackals were often seen in cemeteries, the ancient Egyptians believed thatAnubis watched over the dead.

6 Isis Woman with headdress in the shape of a throne
A pair of cow horns with a sun disk Isis was a protective goddess. She used powerful magic spells to help people in need. Isis was the wife of Osiris and the mother of Horus.

7 Hathor Woman with the ears of a cow A cow
Woman with a headdress of horns and a sun disk Hathor was a protective goddess. She was also the goddess of love and joy. Hathor was the wife of Horus, and was sometimes thought of as the mother of the pharaoh. 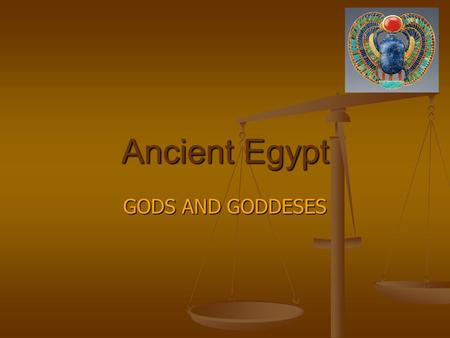 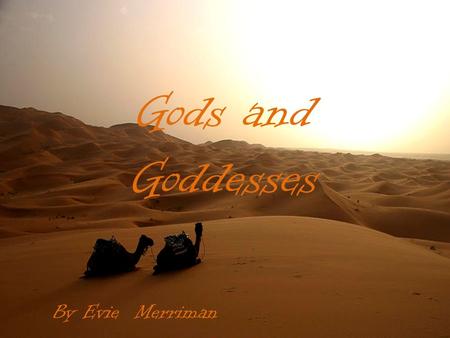 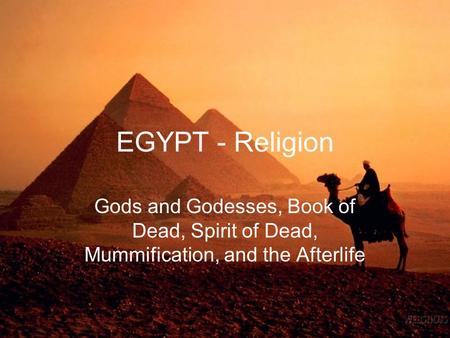 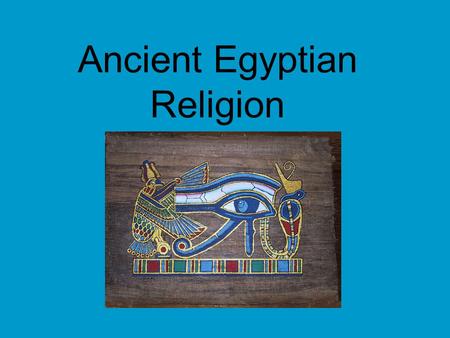 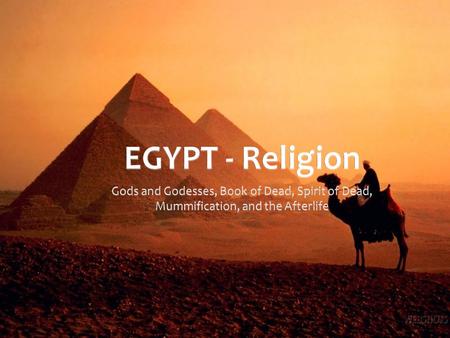 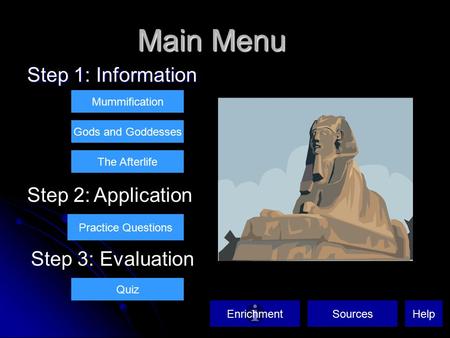 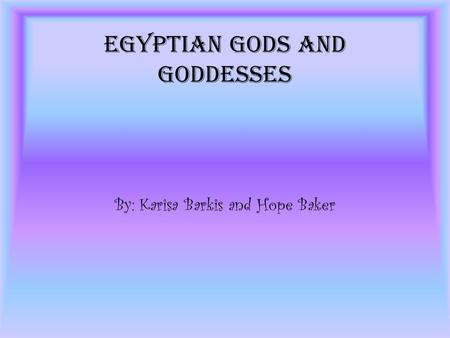 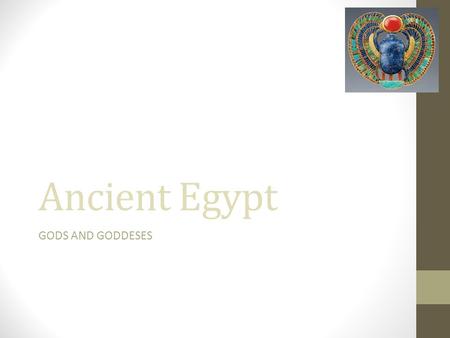