2 Presidential election of 1860
In 1860, Stephan Douglas and Abraham Lincoln ran against each other again, this time for president. Lincoln had become well known from their debates about slavery. This time, Lincoln won, becoming the 16th president.

3 The RED states are the ones that elected Lincoln.

4 Southern States secede
Lincoln received no support in the South, because they believed Lincoln wanted to end slavery. Since there were so many more people in the North, he won the election anyway. As soon as Lincoln won the election, the South started to secede. This means the South split from the Union. They no longer wanted to be part of the United States. Supporters of secession based their arguments on the idea of states’ rights. They had voluntarily joined the union, so they could leave when they wanted.

6 Civil War A civil war is a war between people of the same country.
There have been many civil wars, but one of the worst happened in America. The American Civil War was fought to keep the South from leaving the Union. Slavery was the major issue that separated the North from the South.

11 South’s Advantages: The South’s main advantage was that they were fighting at home. They were closer to their supplies. They would fight harder because they were protecting their homes. Southern soldiers were better equipped with the skills necessary to survive a war.

15 New Weapons Many new weapons were used during the Civil War.
One of these weapons was an ironclad ship. An ironclad ship was a ship with iron plates on it to protect it from cannon fire.

16 Other new weapons: Deadlier cannons and bullets
Rifles that were more accurate

17 Battle of Antietam The first time the Confederacy invaded Northern territory was the Battle of Antietam. They were led by Gen. Robert E. Lee It began on Sept. 17, 1862 and lasted 12 hours. It was the bloodiest battle day in United States history. 23,000 men lost their lives that day. The Union army stopped the Confederate army. This “victory” by the Union gave President Lincoln the chance to announce the abolition of slavery in the South.

21 Women in the Civil War Women on both sides worked during the war. Many became nurses. The most famous nurse from the Union was Clara Barton. She also helped organize the American Red Cross.

23 The Union won the Battle of Gettysburg.
Many felt it was a turning point in the war. Many Northerners started supporting the army after this by lending them money to help pay for the war. This was called a war bond.

24 Gettysburg Address Several months after the Battle of Gettysburg, President Lincoln went to the battlefield to dedicate a cemetery in honor of all those who had died. Lincoln spoke for two minutes, but his speech became very famous. It is called “The Gettysburg Address”.

27 Other Important Dates:
In March of 1864, Pres. Lincoln appointed Gen. Ulysses S. Grant to lead the Union Army. On Nov , President Lincoln was reelected as president of the Union. After several more battles, Confederate General Robert E. Lee surrendered to Union General Ulysses S. Grant on April 9, The war was officially over. On April 14, 1865, while enjoying a night at the theater with his wife, Abraham Lincoln was shot by John Wilkes Booth. He died at 7:22 a.m. the next day. On Dec. 6, 1865, the 13th Amendment to the Constitution was ratified. This amendment abolished (ended) slavery. 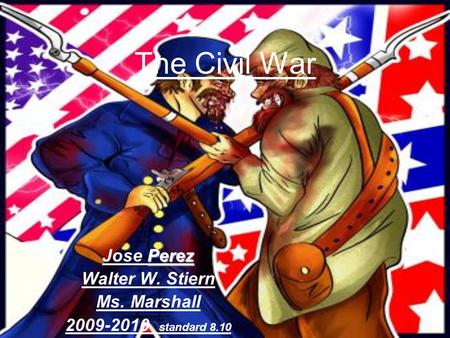 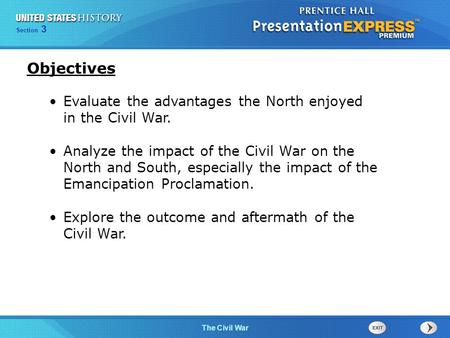 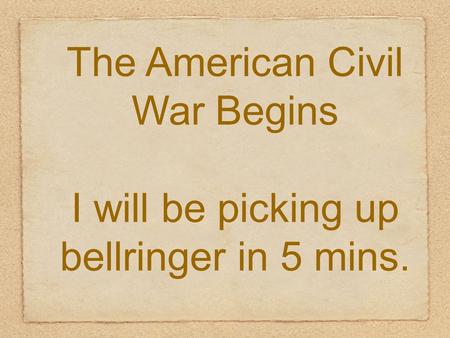