2 November 7th 2002Jim Libby (CERN/SLAC)2 Introduction to the R&D Floating strip R&D has begun for the beyond the baseline VELO, which will be a replacement after 2-3 years Will improve resolution of the outer region of the Φ-sensor VELO important for tracking: will aid extrapolation to the rest of the spectrometer Wanted to study wide pitch n- on-n detectors read out at 40 MHz After irradiation needs to be studied as well For more LHCb details see presentation of Juan Palacios

5 November 7th 2002Jim Libby (CERN/SLAC)5 Charge sharing: II The charge collected on the floating strip is ~60% of that collected on a connected strip Corresponds to a C b /C inter-implant ~ 2.65 In an LHCb design we would aim to reduce this Pitch is wider in ALICE prototype than LHCb scenario (20-60  m)

6 November 7th 2002Jim Libby (CERN/SLAC)6 Opposite polarity signals: I As noted  biased to higher and lower values, when charge is collected mainly on left or right strip respectively Correlation of opposite polarity signal on neighbouring strip Look at relative charge on neighbouring connected strips Large coherent deviations over many strips, and significant distances Signals integrate to 0 within errors 1 mm 6%

10 November 7th 2002Jim Libby (CERN/SLAC)10 Conclusions and simulation Significant opposite polarity signals on neighbouring strips have been observed in a wide pitch n-on-n sensor with floating strips Signals around -7% and over significant distances Behaviour dependent on sampling time Varying capacitances at LHCb make us sensitive to these effects Unique to n-on-n: in a wide pitch p-on-n detector signals on neighbouring strips vary with time. No long distance effect. An explanation with Ramo’s theorem (Brodbeck and Chilangarov NIM A395 (1997) 29) Simulation (Univ. of Glasgow) underway 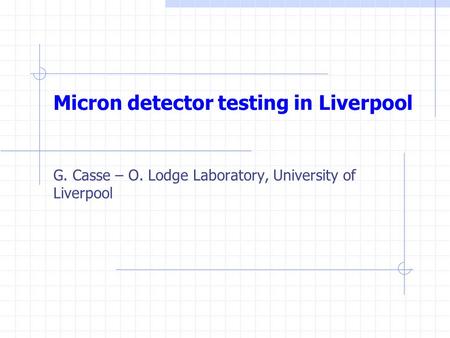 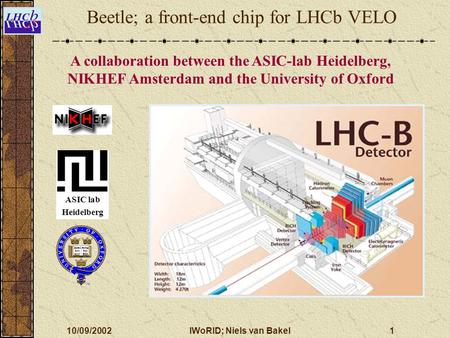 10/09/2002IWoRID; Niels van Bakel1 A collaboration between the ASIC-lab Heidelberg, NIKHEF Amsterdam and the University of Oxford Beetle; a front-end chip. 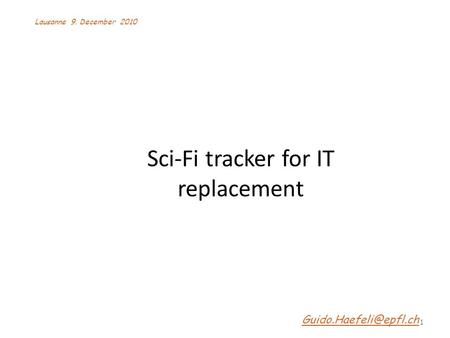 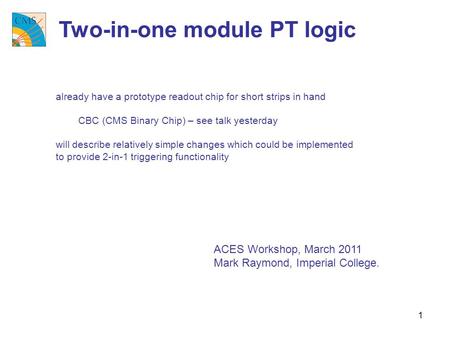 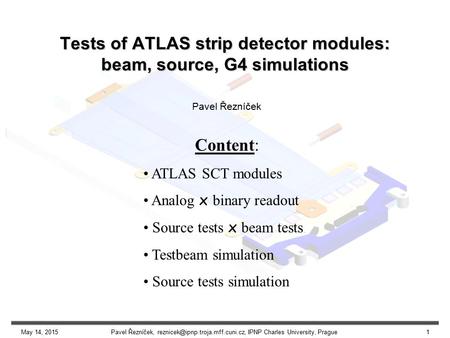 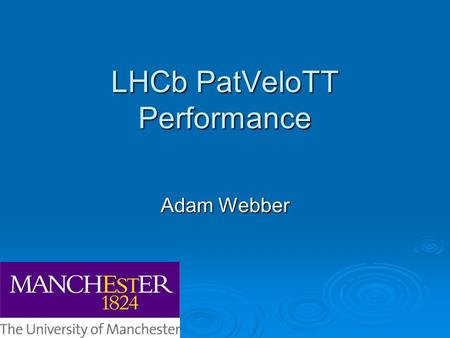 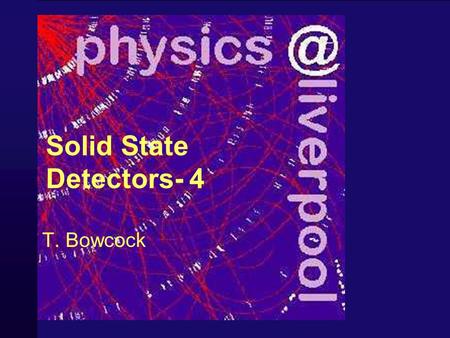 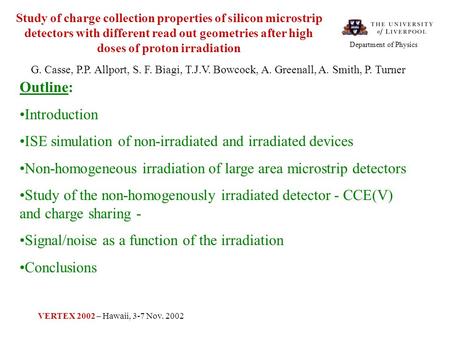 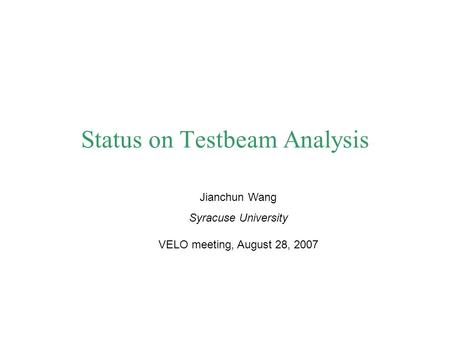 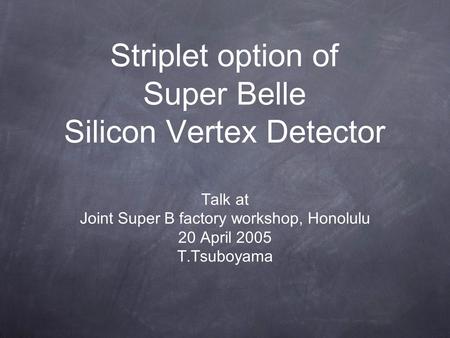 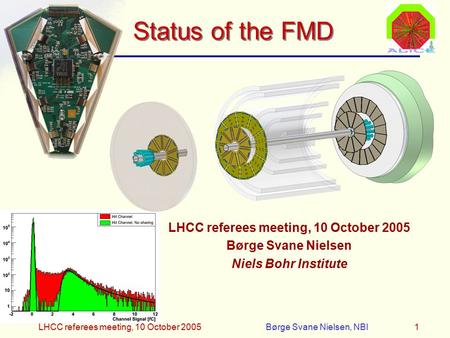 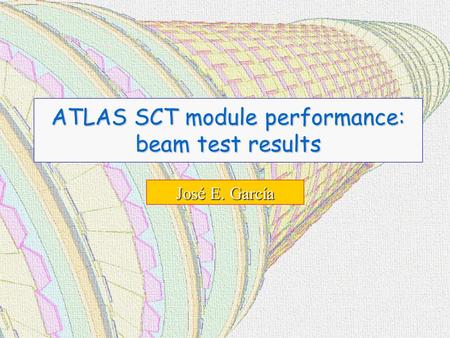 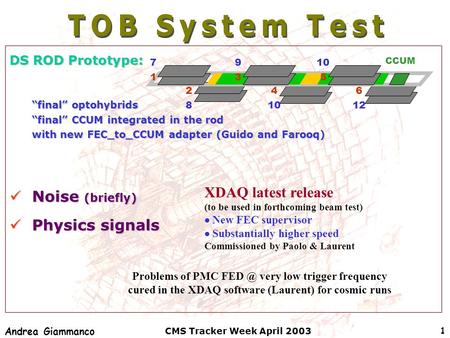 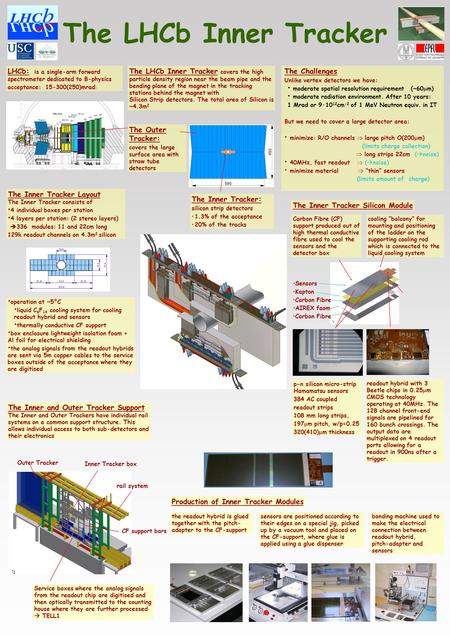 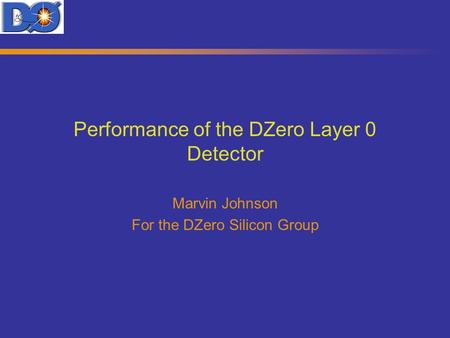 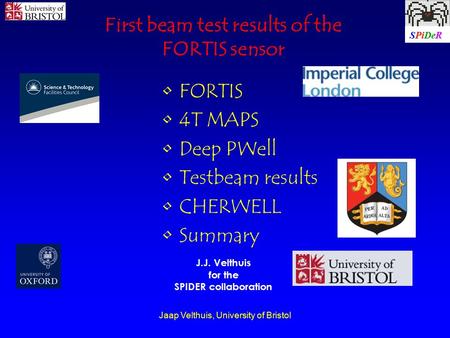 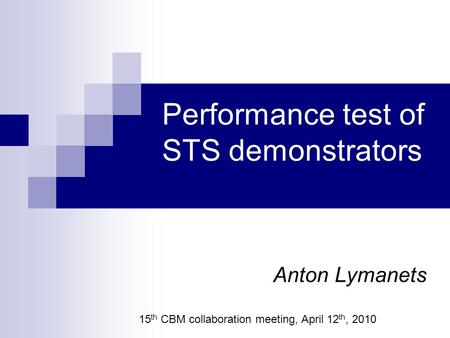 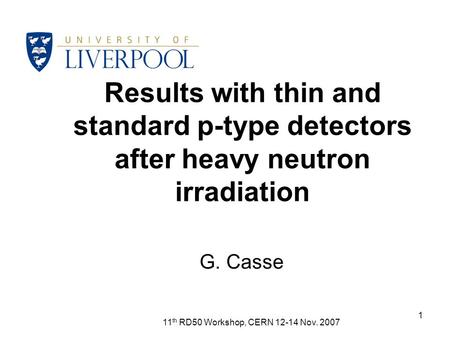 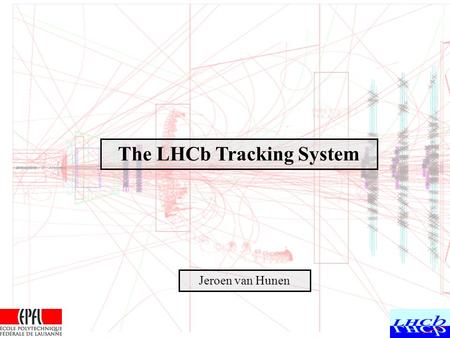 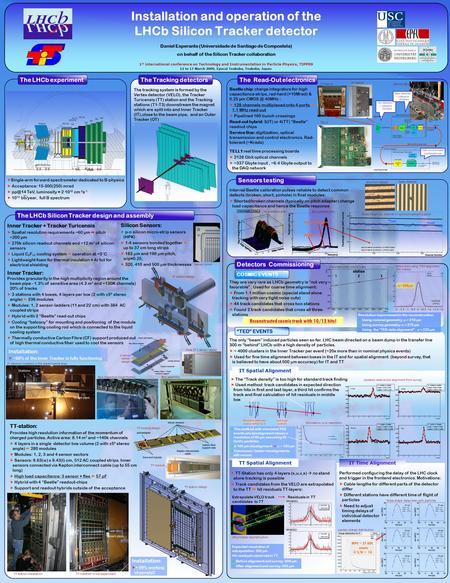