1 The UK Country and People

2 Many foreigners say “England” and “English” when they mean “Britain”, or “the UK”, and “British”. This is very annoying for the 5 million people who live in Scotland, the 2.8 million in Wales and 1.5 million in Northern Ireland who are certainly not English. However, the people from Scotland, Wales, Northern Ireland and England are all British.

4 How the UK was formed In the 15th century, a Welsh Prince, Henry Tudor, became King Henry VII of England. Then his son, King Henry VIII, united England and Wales under one Parliament in 1536. The King of Scotland inherited the crown of England and Wales in 1603, so he became King James VI of Scotland. The Parliaments of England, Wales and Scotland were united a century later in 1707. But the British and Irish parliaments were not united until In 1922 the southern part of Ireland became a separate state. Northern Ireland has remained part of the UK.

5 The United Kingdom of Great Britain and Northern Ireland
Britain is one of the world’s smaller countries with an area of some 244,100 square kilometres with some 58 million people.

9 Scotland Scotland is part of the UK and is governed from London. There is a special minister in the Government, the Secretary of State for Scotland, who is responsible for education, local government and other important mattes in Scotland.

10 Language All the inhabitants speak English although about 100,000 still speak Scottish Gaelic. Many of the Scottish accents of English are very strong, and visitors from abroad (or even England) sometimes have difficulty in understanding them. Scottish people speak English but with their own accent. For example, hen a Scotsman uses the word “arm” he says “ar-r-m” so that you can hear the sound [r].

11 Scottish Names If a man is called Jock MacTarvish, it is clear that he is a Scotsman. A lot of Scottish family names begin with “Mac” or “Mc”— like MacDonald, MacMillan or MacHale. And Jock is a popular Scottish name for John and Jack. A lot of people in England call any Scotsman “Jock” even if his name is Peter or David. (Remember Russian “Ivan” or German “Fritz”.)

12 National Costume A Scotsman’s traditional clothes are socks, shoes, a kilt, a tie, a jacket n a bonnet. Some people in the north of Scotland wear a kilt every day. But in other parts of the country most Scottish people wear just the same clothes as the English. They put on their traditional clothes only on holidays and wear them with pleasure.

13 Scottish Traditions Scottish people like to dance very much. They say that they dance better than English people. Glasgow (the biggest city of Scotland) has more dancing schools than any other European city. A lot of people enjoy Scottish dancing. There are dances for groups of people and there are some other dances – more difficult ones – which are only for one or two people.

16 Emblem of Wales The symbol of Wales is a daffodil.
On 1st March, St.David’s Day, patriotic Welsh people wear a leek or a daffodil, both symbols of Wales.

17 Though visitors don’t need passports to cross the border from England into Wales, they soon realize that they are entering a country with its own geography, culture, traditions and language.

18 Language The Welsh are proud of their language and culture. Some Welsh families speak Welsh to each other at home. Some people learn Welsh before they learn English. At schools 50 per cent of all pupils learn Welsh as a first or second language.

19 Language All the official documents are in both languages.
Most road signs are printed in English and Welsh. There is an independent fourth TV channel where programmes are in Welsh. Welsh is a Celtic language, and is very difficult to learn. It has very musical intonation and difficult sounds.

20 National Costume The Welsh wear the same clothes as the English but on holidays a Welsh woman wears a red cloak, a long black skirt, an apron and a high black hat on her head. The men do not have a national costume. They smile, ”We have no money after we have bought clothes for our wives.”

21 Welsh Traditions The Welsh are known in Great Britain for their singing. Welsh people like singing together. Every village has more than one choir. They sing in competitions, on holidays and every time they want to sing. Welshmen sing louder than anybody. They sing very loudly when they are going to a football match in a bus, and they sing in the stadium, of course. About thirty Welsh Singing Festivals are held in Wales.

23 Eisteddfod Although not many Welsh words are well-known in England, the word “eisteddfod” is understood by almost everybody. This is the Welsh name for an annual competition where people meet to dance, sing and read poems. It attracts many people from all over the world. It is held for the encouragement of Welsh literature and music and the preservation of the Welsh language and ancient national customs.

27 The UK. Country and People
The UK is the union of four different countries with their own culture, language, traditions. 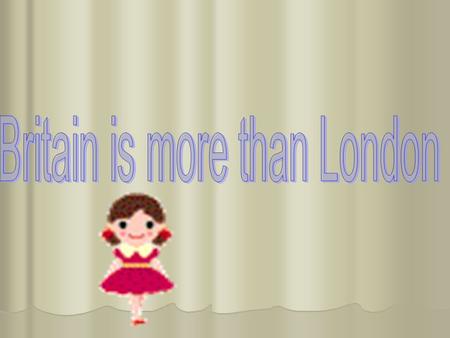 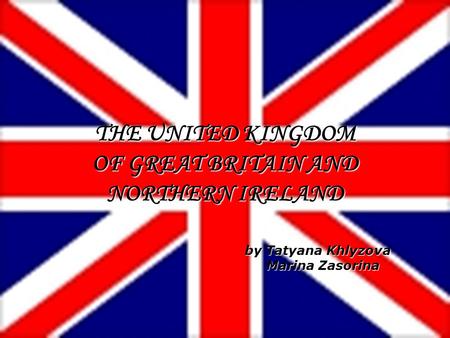 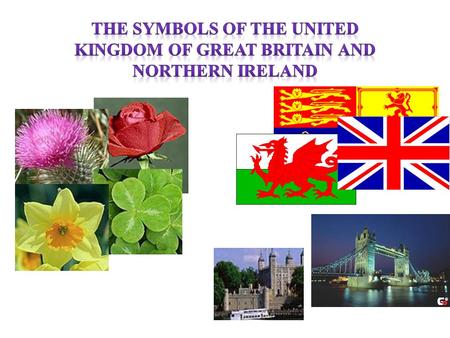 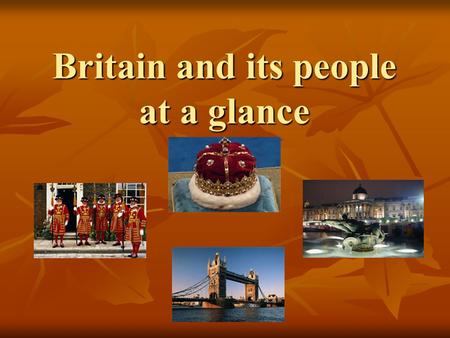 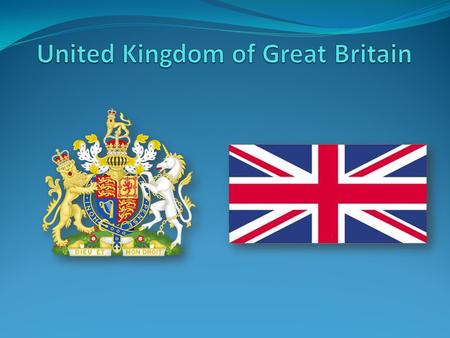 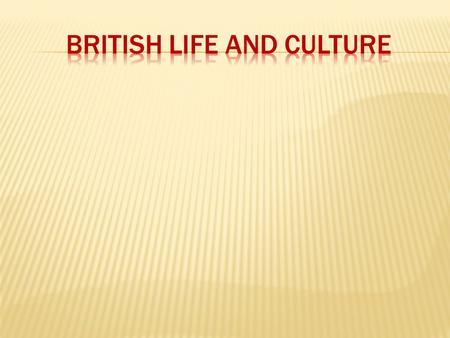 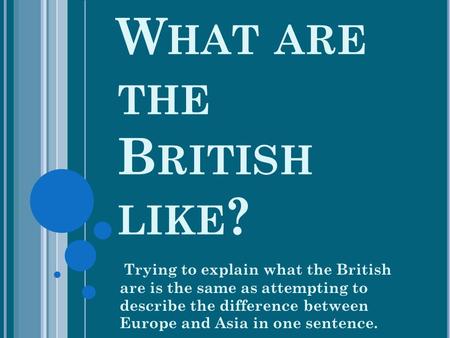 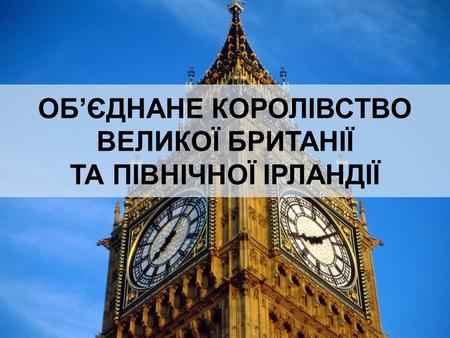 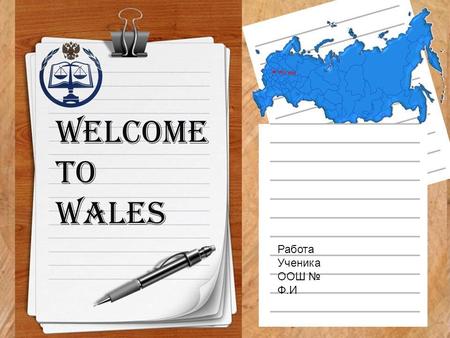 Welcome to Wales Работа Ученика ООШ № Ф.И. Wales is a part of the United Kingdom and is located in a wide peninsula in the western portion of the island. 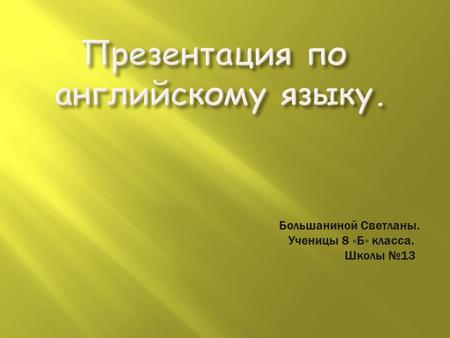 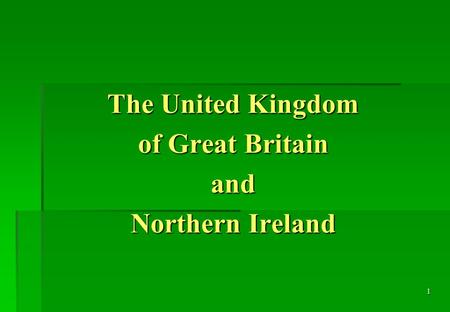 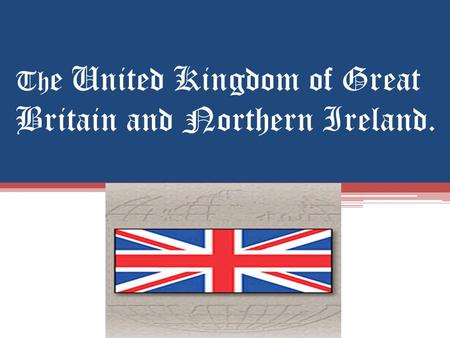 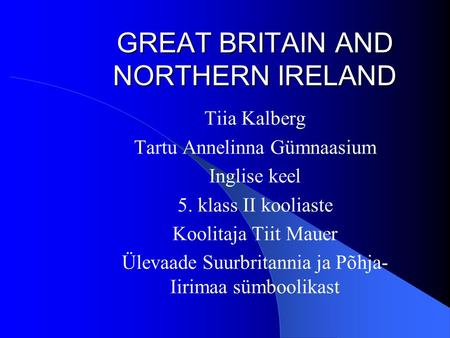 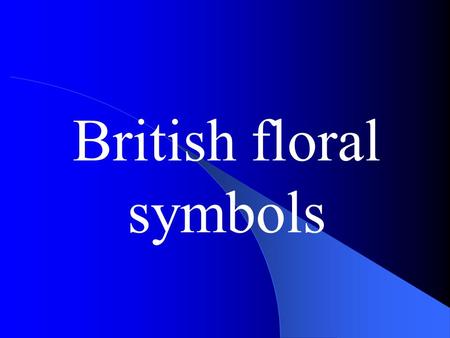 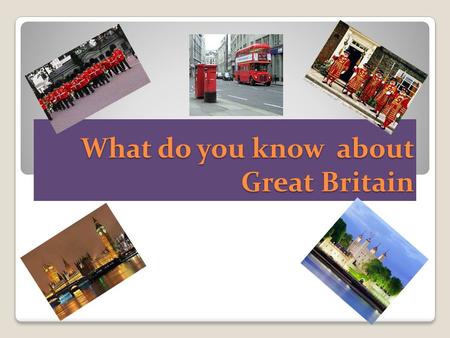 What do you know about Great Britain. Tongue twisters. 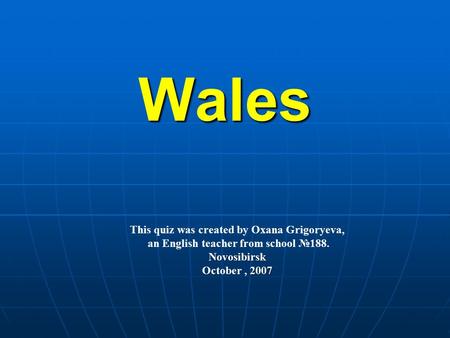 Wales This quiz was created by Oxana Grigoryeva, an English teacher from school №188.Novosibirsk, 2007 October, 2007. 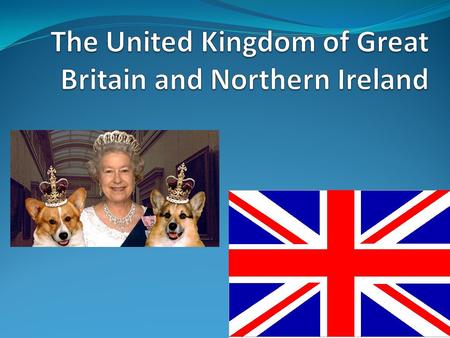 The United Kingdom of Great Britain and Northern Ireland 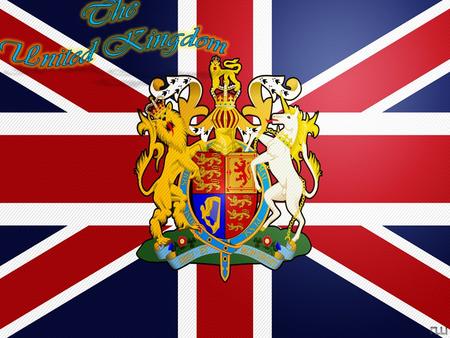