Presentation on theme: " Looking at the way of life for people  The Jungle activity."— Presentation transcript:

2  Name two reasons that the industrial revolution began in England (there are 5).  What are the factors of production?  How did the cotton gin change society?

4  The factory system changed the way people lived, worked, and introduced a variety of problems for society.

6  Urbanization – city building and the movement of people into cities.  Between 1800-1850 more than 45 cities had populations of 100,000+  Glasgow and Berlin quadrupled in size.

9  Complete the map questions in your warm up  Make sure to read the paragraph above the map that explains it.  I will give you 10-15 minutes to complete this.

11  Think about your family…  Could you all live in ONE BEDROOM?

12  Cholera epidemics regularly swept through the slums of Great Britain.  In 1842, British government study showed an average life span to be 17 years for working-class people in a large city, while it was 38 years for the countryside.

15  Fiction novel written by Elizabeth Gaskell in 1848.  It is about a family living during Britain’s industrial time.  While it’s fiction, it gives an accurate portrayal of life during that time period.

16  “You went down one step even from the foul area into the cellar in which a family of human beings lived. It was very dark inside. The window panes were broken and stuffed with rags…the smell was foul…three or four children rolled on the damp, wet brick floor…”

17  The average worker spent 14 hours a day at the job, 6 days a week.  Factories were poorly lit.  Factories were unclean.  Machines injured workers in countless ways.  There was no government program to provide aid in case of injury.

18  The most dangerous conditions of all were found in the coal mines.  Frequent accidents  Damp conditions  Constant breathing of coal dust made the average coal miner’s life span ten years shorter than other workers.

21  The Industrial Revolution brought enormous wealth to Great Britain.  Most of this wealth went to factory owners, shippers, and merchants.  These wealthy people created the middle class.  It was a social class of skilled workers, professionals, businesspeople, and wealthy farmers.

22  Poor workers saw little improvement in their own living and working conditions.  Many machines replaced workers and put people out of a job.  In response, workers smashed the machines they thought were putting them out of work.

26  Children went to work as soon as they were able to help the support the family.  They typically began factory work at the age of six.  They worked 14-16 hour days with only a lunch break.  They were often whipped to stay awake.

28  We will read this out loud together and discuss it.  What did the children go through?  How was the working conditions?

30  How would your life have been different if you lived during this time period?

34  You will be split up into 5 groups  You and your group will read the excerpts from the Jungle and then answer the questions in your warm-up  You will then prepare to read the excerpt to the class, and present your information to them  Everyone must complete the worksheet in their warm-up as people are presenting!

Download ppt " Looking at the way of life for people  The Jungle activity." 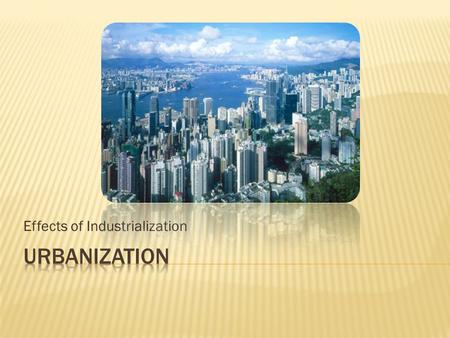 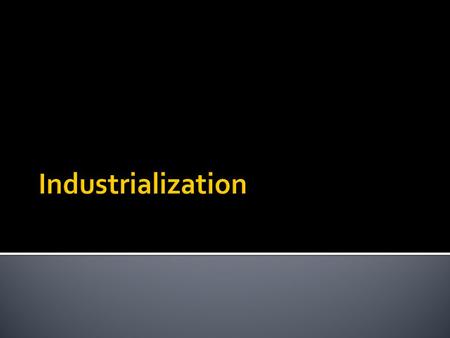 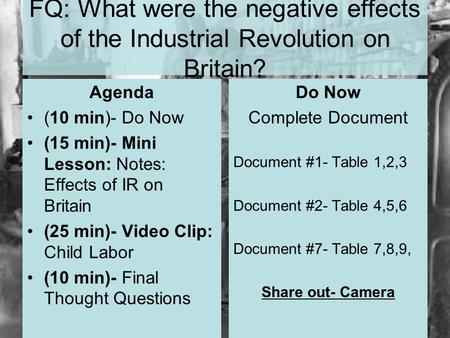 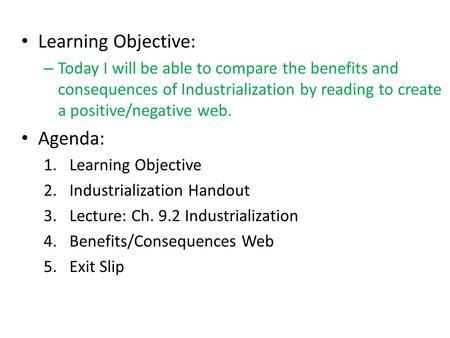 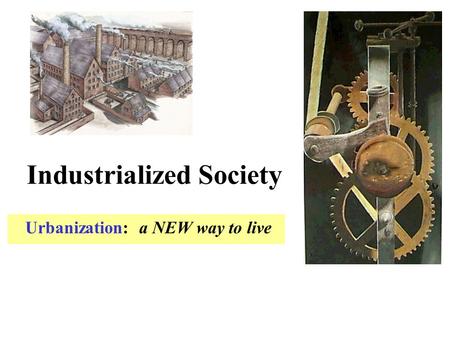 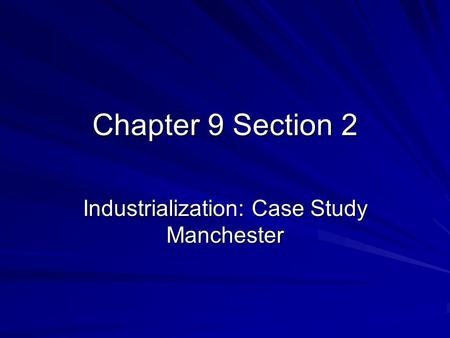 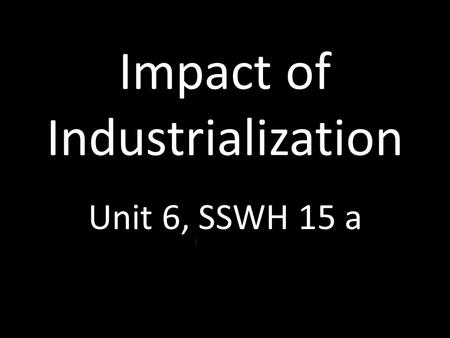