Presentation on theme: "The Cold War I can describe the important people, ideas, and events that contributed to the Cold War."— Presentation transcript:

1 The Cold War I can describe the important people, ideas, and events that contributed to the Cold War.

3 Iron Curtain Joseph Stalin installed or supported Communist governments in Albania, Bulgaria, Hungary, Czechoslovakia, Romania, Poland, and Yugoslavia Stalin believed these countries would be a necessary buffer between Western Europe and the USSR Stalin refused to allow free elections in these countries, and Truman saw this as a violation of human rights Early 1946 – Stalin made a speech that communism and capitalism could not exist in the same world

4 Churchill’s “Iron Curtain Speech”
“From Stettin in the Baltic to Trieste in the Adriatic, an iron curtain has descended across the continent. Behind that line lie all the capitals of ancient states of Central and Eastern Europe All these famous cities and the populations around them lie in the Soviet sphere and all are subject in one form or another, no only to Soviet influence but to a very high and increasing measure of control from Moscow.” -Winston Churchill March 5, 1946

7 Atomic Bomb US had used atomic bombs in Japan to end World War II
1949 – Soviet Union exploded its own atomic weapon Brinkmanship – participating in an arms race and pushing one another to the brink, or edge, of war MAD – mutually assured destruction – if the US is attacked the USSR will automatically be attacked also, and vice versa H-Bomb – more powerful than the A-bomb because it uses fusion instead of fission to generate power US tested H-bomb in 1952 and the USSR followed in 1953 Arms race between US and USSR also jumpstarted Space Race and developments in Science, Math, and Technology

8 Cuban Revolution 1959 – Cuban overthrew dictator Fulgencio Batista in a revolution led by Fidel Castro US supported Batista because he was not communist Castro was also a harsh dictator Suspended elections, jailed and executed opponents, controlled the press Nationalized the economy Took over US owned sugar mills and refineries President Eisenhower ordered an embargo on all trade with Cuba Castro turned to the USSR for economic and military aid 1961 – anti-Castro Cuban exiles who were trained by the CIA invaded Cuban at the Bay of Pigs US did not help with the mission, and Cuba easily won

11 Communist Changes Mao expanded his troops into Tibet, India, and Mongolia Mao killed over a million landlords and redistributed rural land to collective farms made up of peasant families The government owned industries and businesses Strictly controlled life of peasants

12 Cultural Revolution 1966 – millions of college and high school students left school to form units of the Red Guards Goal: to establish a society of peasants and workers where everyone was equal Physical labor was valued but intellectual and artistic pursuits were considered dangerous Red Guards shut down schools, forced intellectuals to “purify” themselves by doing hard labor, and executed or imprisoned thousands

Download ppt "The Cold War I can describe the important people, ideas, and events that contributed to the Cold War." 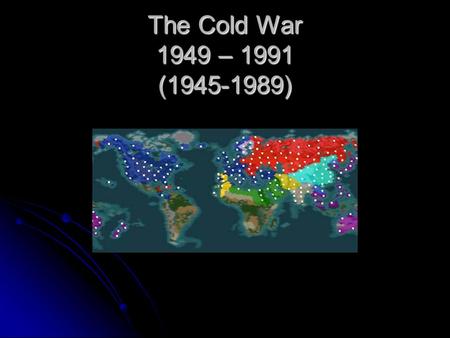 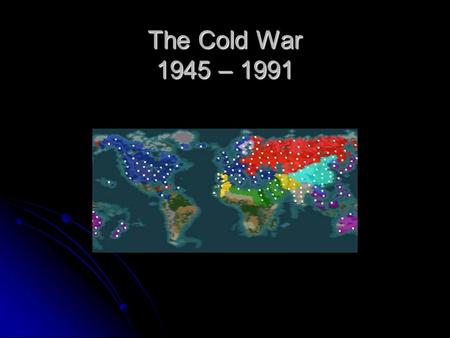 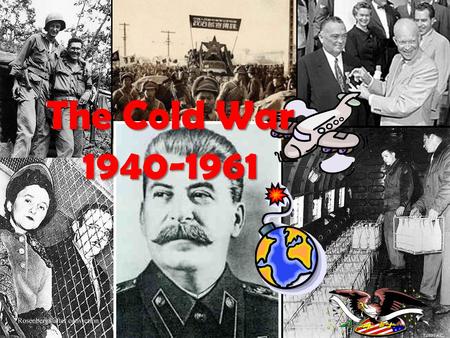 The Cold War The Cold War was fought between the USA and the USSR, (The Union of the Soviet Socialist Republic). It was a war of ideas that. 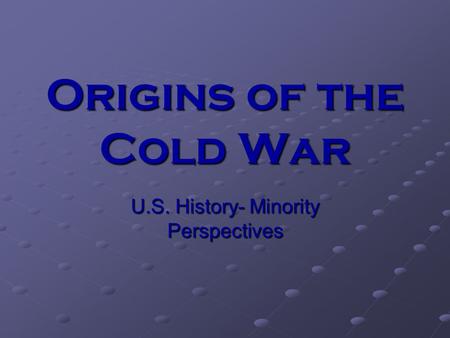 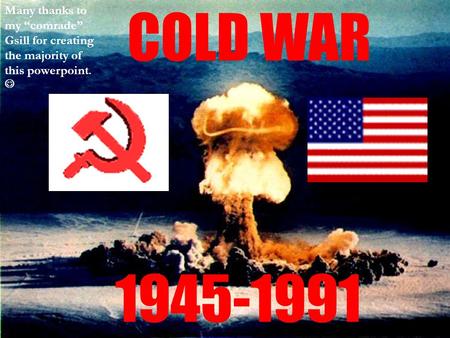