2 Module Objectives Define the purpose of indicator lights. Assemble and test an LED circuit manually. Connect an LED circuit to the BASIC Stamp and control it. Write programs using DO…LOOP and FOR… NEXT loop commands. Declare and use variables in a program. Demonstrate the operation of a bi-color LED by assembling a simple ON/OFF circuit. Control a bi-color LED with the BASIC Stamp. Connect and test a pushbutton circuit manually. Connect a pushbutton circuit to the BASIC Stamp and monitor its status.

3 Introduction In this module, you will learn how to write simple programs to control indicator lights connected to the output pins of the BASIC stamp, And also how to monitor the status of the pins configured as inputs to the BASIC Stamp.

5 Uses Of Indicator lights Indicator lights tells us that what process is going on in a particular machine and we also note that the device is running properly or needs some attention! A few examples of devices with indicator lights include car stereos, televisions, VCRs, disk drives, and alarm system control panels. Turning an indicator light ON or OFF is a simple matter of connecting and disconnecting it from a power source.

6 Building an LED Circuit What is LED? It is a diode which will conduct in one direction. LIGHT EMITTING DIODE ( LED ) It is available in red, green, yellow, blue and bi color.

10 Circuit Components An LED must be connected with a resistor in series with it to limit current flowing through its terminals. Resistor: A resistor is a component that ‘resists’ the flow of electricity or current. Each resistor has a value that informs how strongly it resists current flow. The resistance value is given in ohms. The colored stripes help you determine the value of the resistor.

15 In the resistor, the first and second color stripes represent the first and second digits. The third color stripe represents the number of following zeros. There may be a fourth color stripe that indicates the resistor’s tolerance. The tolerance tells you how far off the part’s true resistance might be from the labeled resistance. Tolerance is measured in percent, and it could be gold (5%), silver (10%) or no stripe (20%).

23 Task #2: LED Test Circuit with BASIC Stamp Disconnect power from your BoE. Modify the circuit to match the one in figure Enter the following program on the BASIC Stamp editor and save it as LEDOnOff.bs2

26 The command LOW 14 causes the BASIC Stamp to internally connect I/O pin P14 to Vss. This turns the LED OFF. Since LOW 14 is followed by another PAUSE 500, the LED stays OFF for 0.5 second. The reason the code repeats itself, or the LED keeps blinking over and over again is because it is nested between the PBASIC keywords DO and LOOP. The four commands between the DO and LOOP are executed by the BASIC Stamp over and over again. Therefore, the LED will keep flashing until the power is disconnected, or until the battery runs out.

27 Bi-Color LED Control The bi-color LED is just two LEDs in one package.

28 Uses of bi colour LED The device shown in figure is a security monitor for electronic keys. When an electronic key with the right code is used, the LED changes color, and a door opens. This is one of the uses of a bi-color LED.

33 Circuit diagram Figure shows how you can use P15 and P14 to control the current flow in the bi-color LED circuit.

34 Enter the TestBiColorLed.bs2 code into the BASIC Stamp editor. Run the program, and verify that the bi-color LED cycles through red, green and off states 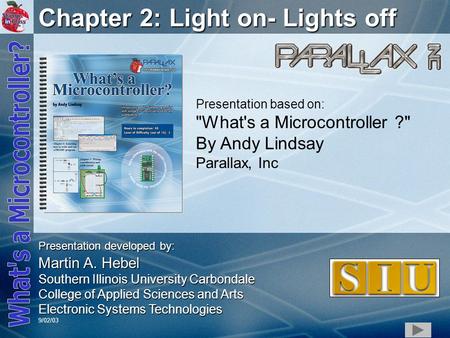 1 Chapter 2: Light on- Lights off Presentation based on: "What's a Microcontroller ?" By Andy Lindsay Parallax, Inc Presentation developed by: Martin A. 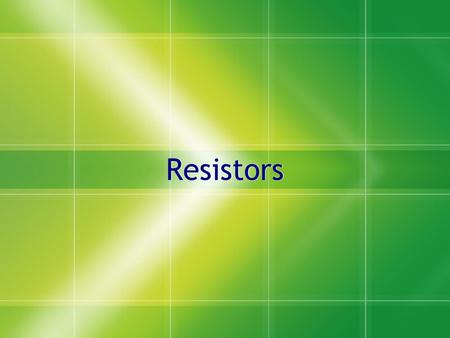 Resistors.  An electrical component that opposes the flow of electrons ?...! 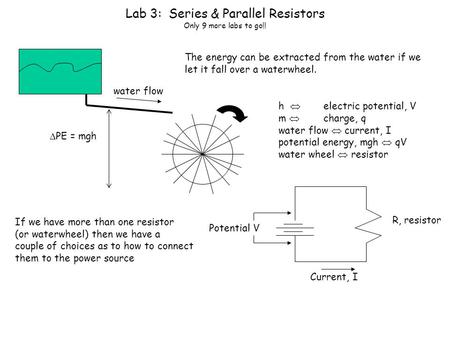 Lab 3: Series & Parallel Resistors Only 9 more labs to go!! Potential V R, resistor Current, I water flow The energy can be extracted from the water if. 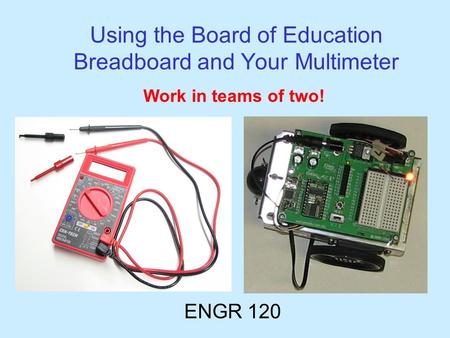 Using the Board of Education Breadboard and Your Multimeter ENGR 120 Work in teams of two! 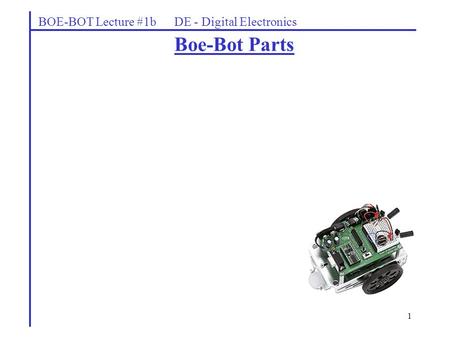 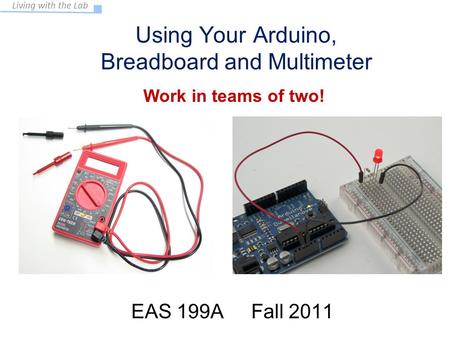 Living with the Lab Using Your Arduino, Breadboard and Multimeter EAS 199A Fall 2011 Work in teams of two! 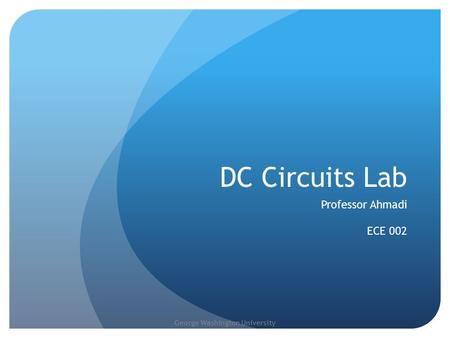 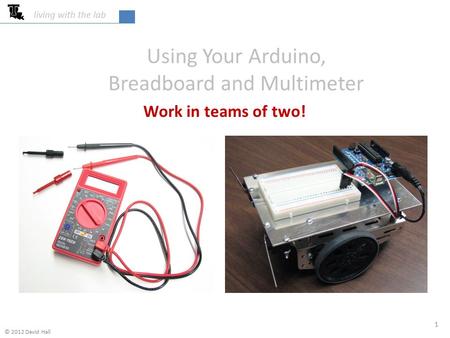 Using Your Arduino, Breadboard and Multimeter Work in teams of two! living with the lab 1 © 2012 David Hall. 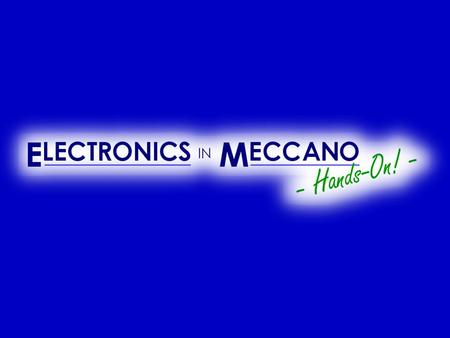 Presented by Tim Surtell in association with 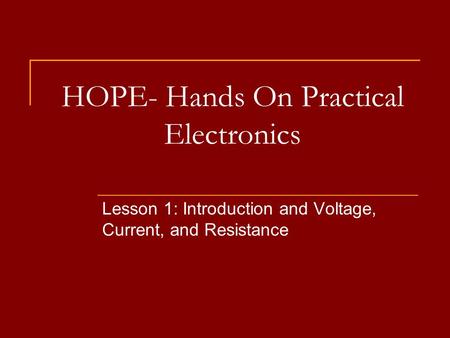 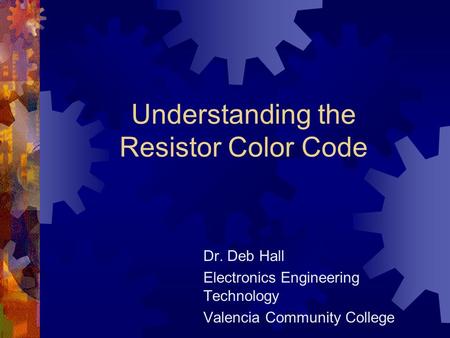 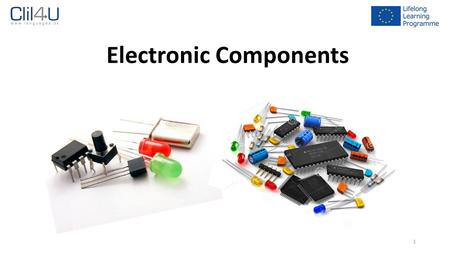 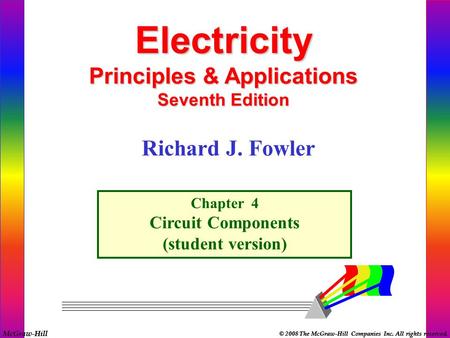 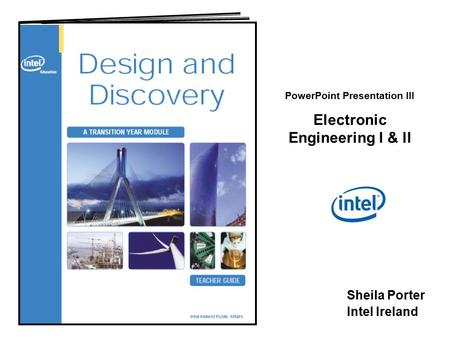 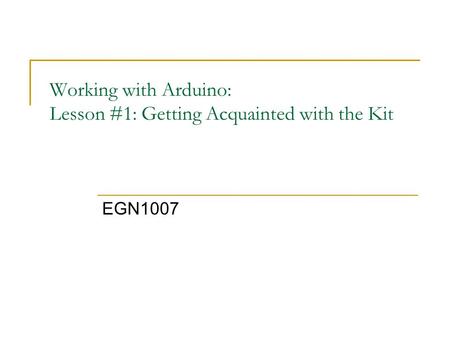 Working with Arduino: Lesson #1: Getting Acquainted with the Kit EGN1007. 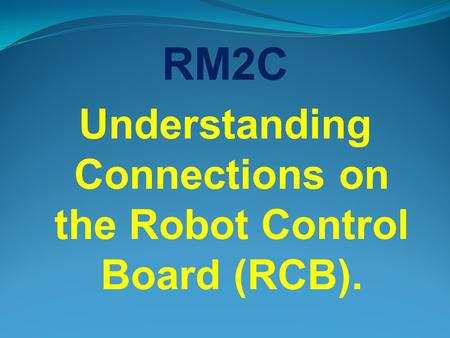 RM2C Understanding Connections on the Robot Control Board (RCB). 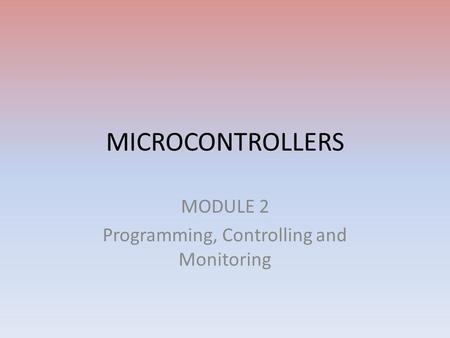 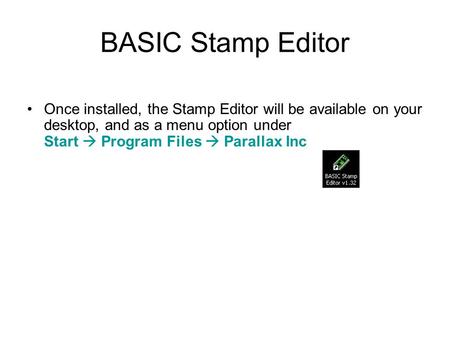 BASIC Stamp Editor Once installed, the Stamp Editor will be available on your desktop, and as a menu option under Start  Program Files  Parallax Inc. 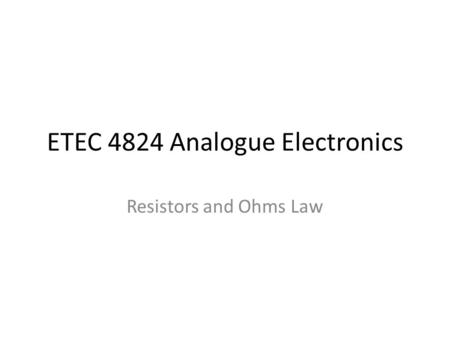 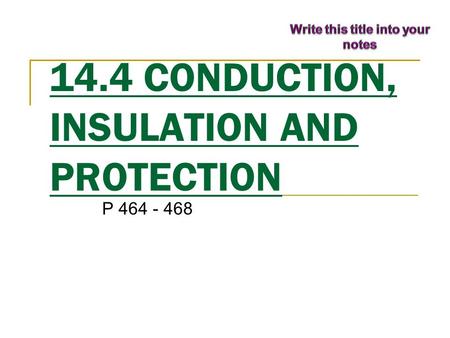