3 The Maxwell-Boltzmann Distribution
In a sample gas or liquid, the molecules are flying about and bumping into each other and the walls all the time. When they do this, no energy is lost from the system - they’re elastic collisions. So in a sample of gas or liquid at any given time, the energy that molecules have is going to be spread out, with some particles having more or less energy than others. If you were to draw a graph of how the energy was spread over different molecules, you’d get the Maxwell-Boltzmann distribution!

6 If you increase the temperature of the sample, the distribution changes as shown below. It becomes stretched out and has a lower peak, but the area under the curve remains the same. The reverse happens when you cool down a sample.

7 6.1 Reaction Rates The rate of a reaction is the change in concentration of a substance in unit time and has units of moldm-3s-1. The rate of a reaction is affected by change in concentration of reagents in solution (or pressure for gases), the surface area of a solid, the temperature, the presence of a catalyst We will look at a variety of techniques for measuring rates of reaction.

10 Surface Area When a solid reagent is broken into smaller pieces the surface area of the solid increases. This allows more collisions to occur with particles of the other reagent. e.g. reaction of dil hydrochloric acid and marble chips

11 Temperature An increase in temperature increases the rate of a chemical reaction. The particles gain kinetic energy as temperature increases so they move about more quickly and there are more collisions. However, this is not the most important factor. Particles only react when they have at least the minimum amount of energy. This minimum amount of energy is called the ACTIVATION ENERGY (Ea). The activation energy is the minimum energy required for a collision to result in a reaction.

13 The number of successful collisions at higher temperature is much greater.
Even a small temperature increase can lead to large increases in rate. Some reactions do not occur at room temperature because their activation energy is high e.g. petrol and oxygen only react if sparked.

14 Catalysts A catalyst is a substance which alters the rate of a chemical reaction without being used up. Catalysts work by providing an alternative route with lower activation energy.

15 The Maxwell-Boltzmann curve shows that by reducing the activation energy there are many more particles that are able to react. Ea catalyst Ea 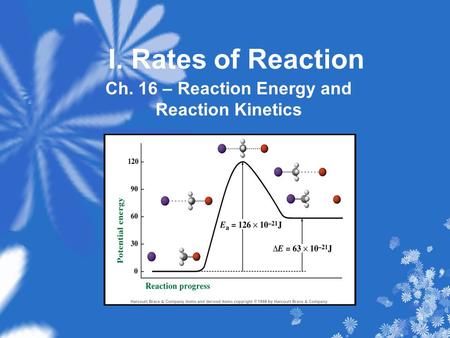 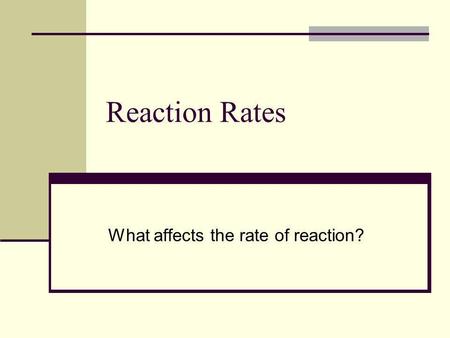 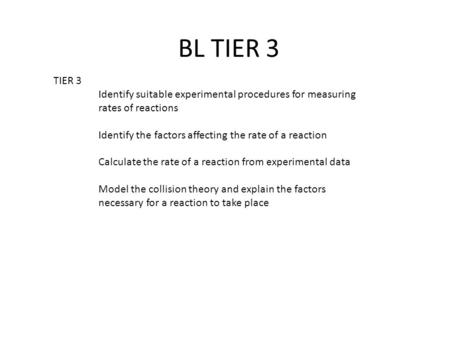 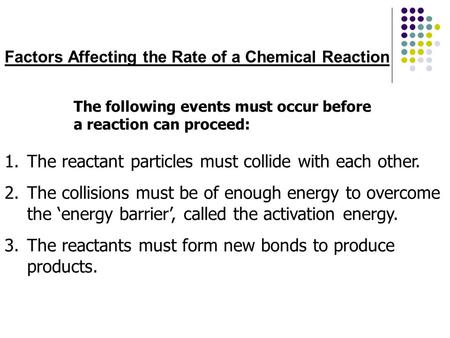 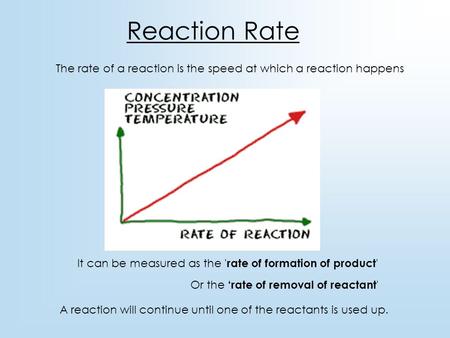 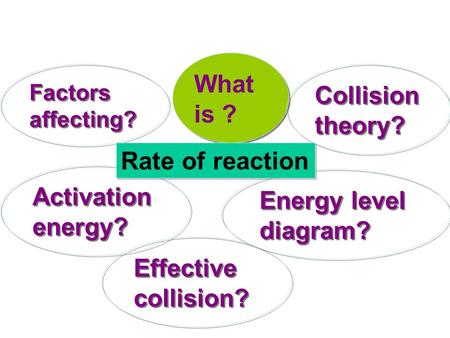 What is ? Collision theory? Rate of reaction Activation energy? 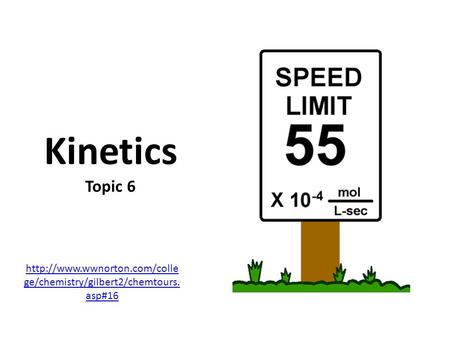 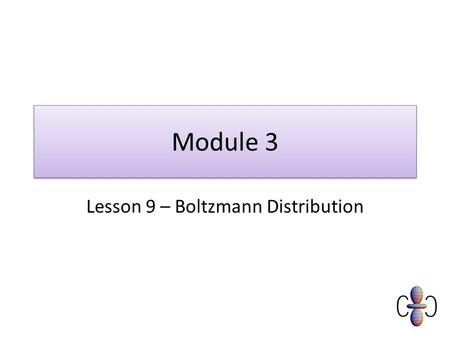 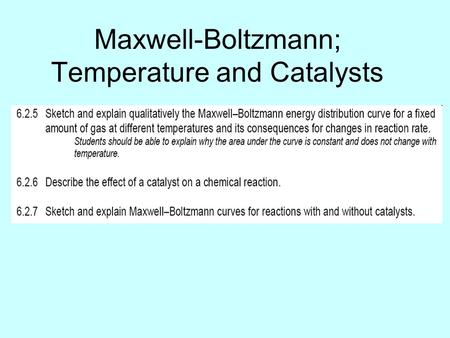 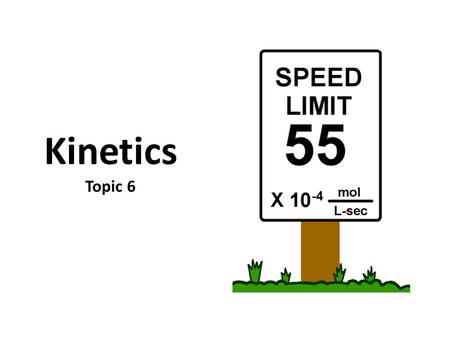 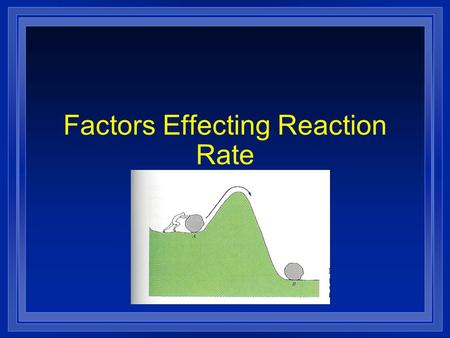 Factors Effecting Reaction Rate. Collision Theory In order to react molecules and atoms must touch each other. They must hit each other hard enough to. 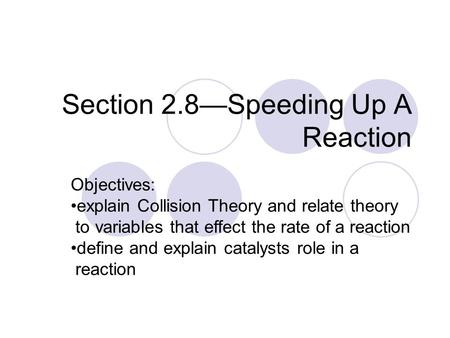 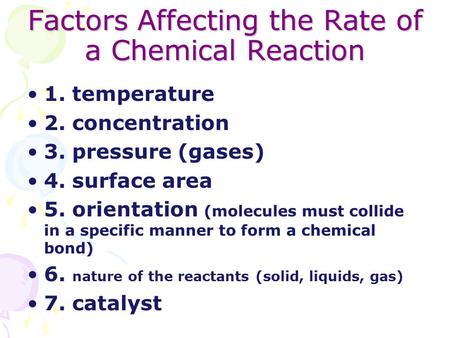 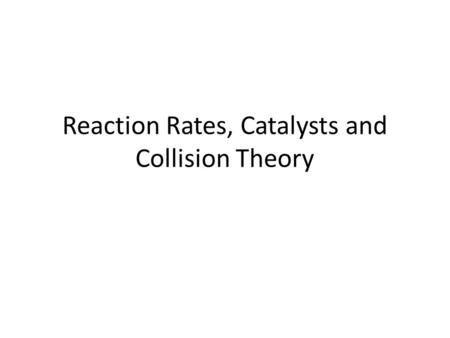 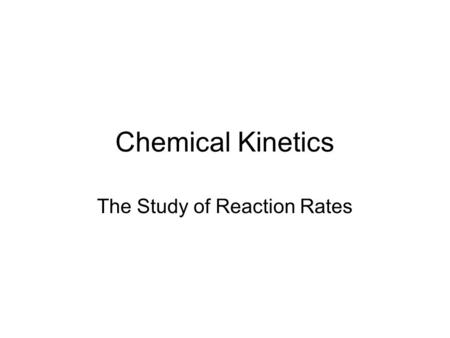 Chemical Kinetics The Study of Reaction Rates. Why Such a Vast Difference in Reaction Rates? Reaction speeds can range from the very slow (rotting of. 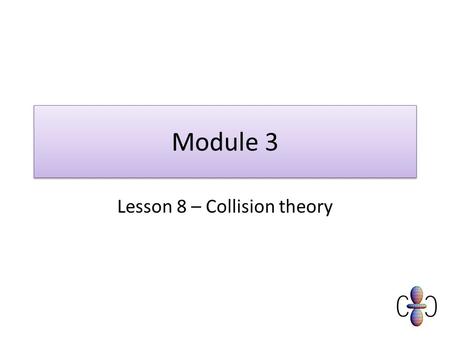 Module 3 Lesson 8 – Collision theory. Objectives Must Recall that reactions happen at different speeds and we call this the “rate of reaction” State that. 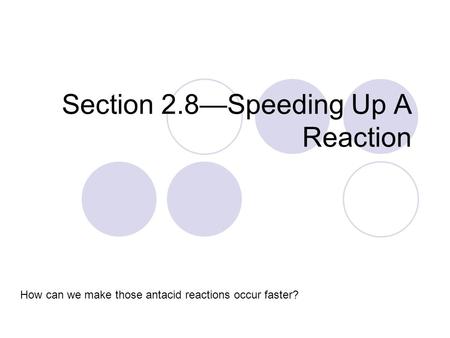 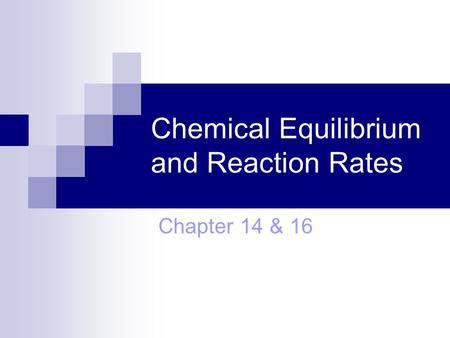