2 The Ordinary World Ender’s Game The Giver
Ender was a third. He was different, very special. His brother, Peter, was mean to him where his sister, Valentine, loved him to death. He went to school and was a normal kid. His parents were somewhat forced to have Ender “Andrew.” Ender had a monitor, but he got it removed. Ender was a strong kid. Jonas lived in a community where everything was ran by machines and it was controlled. There was no color, just black and white. Jonas was in his year 12 where everything began to change. He got assigned a job. People controlled everything. Parents could not have their own children or name them. Jobs did that stuff.

3 The Call to Adventure Ender’s Game The Giver
Ender got a random house visit from Colonial Graff. He wanted to take Ender away because he belonged to the people not his parents…. Ender only had to say yes. Graff wanted Ender’s special talents. They wanted to take Ender into space to train at the Battle School. They needed him to fight off the buggers and finally but the war to an end. It all changed for Jonas at the end of he year ceremony. At year 12 ceremony the receive there jobs they will have. Ender get “The Giver” but first he has to be “The Receiver.” This is the most important job in the community. They know all about the world before “sameness” happened. He can see color, feel pain and weather, taste things he has never tried, touch snow, smell nice things, and listen to animal sounds.

4 Refusal of the Call Ender’s Game The Giver
Ender doesn’t like the idea of this whole war thing. He is confused. Ender does not want to become a Peter, a killer. He thinks that is what is happening and doesn’t like the idea of it. He just wants to quit training and give up on the battle and have someone else in control… They can be leader not him. Jonas is scared. He hates the pain but also enjoys it. He is very uncertain about the world and what it has become. He doesn’t want to have the responsibility of the whole comuunity. Jonas wants to give up.

5 Meeting with the Mentor
Ender’s Game The Giver Ender has quit a few mentors. One mentor is Graff. Graff is pretty much his “family.” Graff teaches him everything he knows. Also all the toon leaders train Ender. Ender always finds the courage in himself to continuing.. To keep on fighting for the battle. Jonas’ mentor is obviously The Giver. The Giver gives him all his memories… bad or good, they all go to Jonas. The Giver and Jonas become really close. The Giver helps Jonas with his problems and teaches him new things everyday.

6 Crossing the Threshold
Ender’s Game The Giver The battle room… space… everything is new to Ender. He has to learn so many things over again. New rules, gravity, schedules… It’s like he is a baby and is growing up all over again. Jonas has entered a very new world to him.. He sees color, sees animals, feels all the new weather. Jonas gets to experience the real world. He must learn all the new rules of freedom.

7 Tests, Allies, and Enemies
Ender’s Game The Giver Ender gets tested by Graff. Ender learns who he can and cannot trust with his battles. He learns his enemies and allies, just within a little period of time. Jonas is tested by The Giver by all the memories he receives. Also he learns who can and cannot trust. What’s real and not real. Everything.

8 Approach Ender’s Game The Giver
Ender’s major challenge is becoming a leader, being in charge or an army. He must take control at such a young age and suffer. Graff gives him the hardest tasks but he always passes. He knows what he is doing. Jonas major challenge is planning for his trip with Graff. Jonas plans on leaving his “sameness” community and find out what the real world is. They plan on how he will leave, what time, foot, etc…

9 The Ordeal Ender’s Game The Giver
Ender almost faces death from Bonzo.. Bonzo wants to fight Ender. He wants to kill Ender but does not succeed. Instead Ender kills Bonzo. Ender faced a fear, but overcame it because he did not want to die. He knew what was right and did it. Self protection! Jonas almost dies from the weather on his long journey to find a new home. He is used to having a controlled temperature. He has never experienced snow and almost died because he was so cold. Also Jonas could of got caught and had to go back to his community.

10 The Reward Ender’s Game The Giver
Ender’s hard work paid off. He then moved on to a different and higher school… Ender has the reward of being the new leader in the whole army to fight off the buggers. He gets to be rewarded with a trip home. Jonas reward is living and finding new community to live in. He is finally FREE! He gets to experience so much that he never knew about. Now its happening to him on a daily bases. You learn something news everyday and that is certainly what Jonas is doing.

11 The Resurrection Ender’s Game The Giver
Ender’s last and final battle was a secret. He thought he was just training not battling the buggers. Ender was on a stimulator machine controlling toon leaders. He passed all the “levels” and was onto the final part. A bunch of people were watching. Ender just thought to see me beat the level. Well it turned out it was the real battle and he won! Jonas final test was seeing if he could truly live there. He needed to find a community to take him in so he could learn all the rules, so he could experience new things.. To se if he was strong enough to make his journey and not get caught.

12 The Road Back Ender’s Game The Giver
Ender travels to other planets to explore new places to live. To see what he could find out there in space. Ender travels with people. Jonas stays at his community. He live his life there because that’s what he wants and that’s his home. He wont think about the past its no about the present and future.

13 Return with the Elixir Ender’s Game The Giver
Ender gets convinced to go home with Valentine and write about his journey. He comes home and avoids all the fights about him being army leaders. He lives his life happy. Jonas’ treasure is the community so he stays there. He learns all the rules and becomes a member. They all except him. 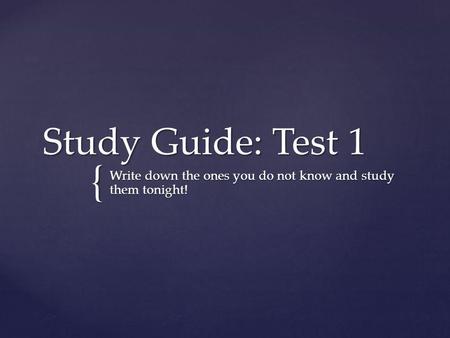 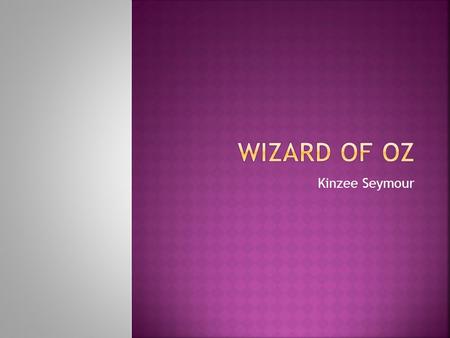 Kinzee Seymour.  She lives on a farm and she lives with aunt and uncle.  Ender is the third. He loves his Valentine. Peter hates Ender and tries to. 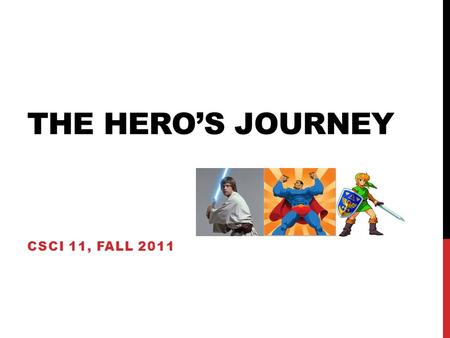 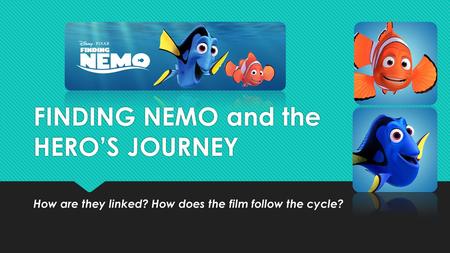 FINDING NEMO and the HERO’S JOURNEY 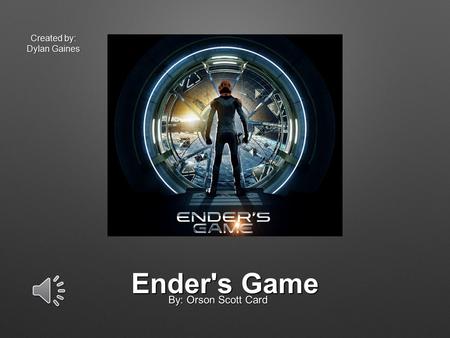 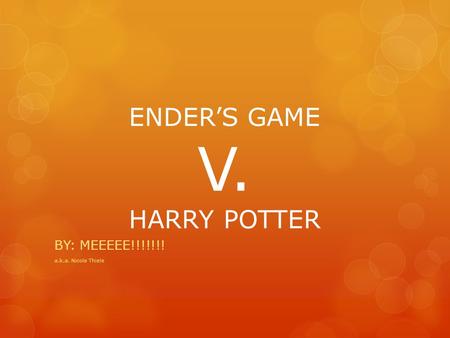 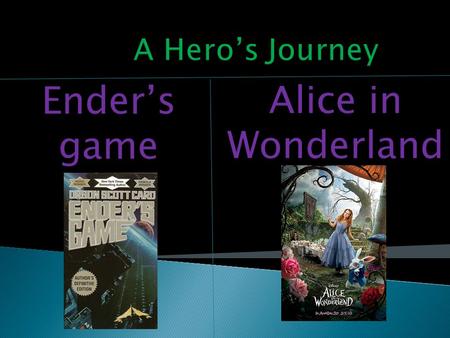 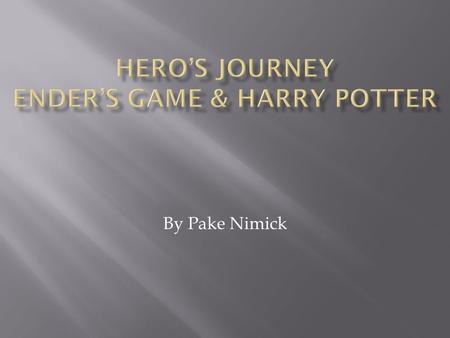 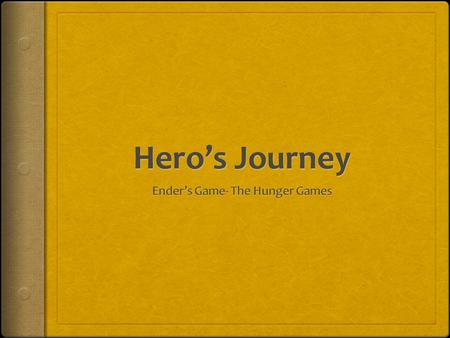 Ender’s Game Jeopardy By Ms. Strong. JEOPARDY Who’s Line Is It Anyway? What happened next? True or False Who Did What to Whom? Spelling and Vocab Recap. 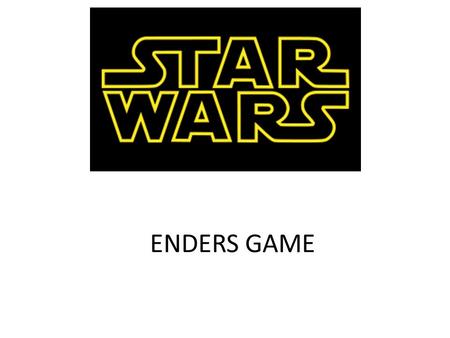 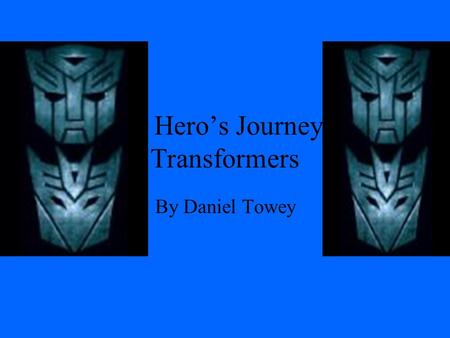 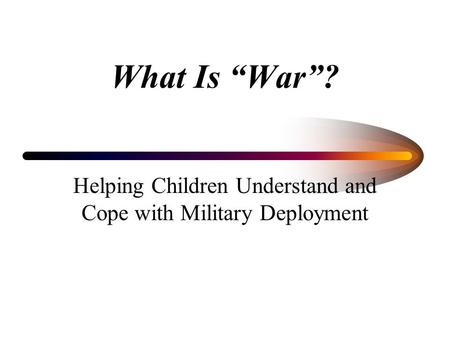 What Is “War”? Helping Children Understand and Cope with Military Deployment.