2 Same Sex Couples and Families
Is marriage between one-man and one-woman a cultural universal?

4 Gay, Lesbian, Bisexual and Mixed-Orientation Relationships
Gay and lesbian couples tend to be more similar to, than different from heterosexual couples. Relationship satisfaction is related to having equal power and control, being emotionally expressive, perceiving many attractions to the relationship, and commitment.

7 Relationships The majority of bisexual women and men tend toward primary relationships with the other sex. Mixed-orientation couples are those in which one partner is heterosexual and the other partner is gay, lesbian, or bisexual.

9 Legal Recognition U.S. states and countries throughout the world recognize same-sex couples in a variety of ways. Civil union Domestic partnership: Half of the partnered lesbians in California are officially registered.

10 Legal Recognition There is no federal recognition of same-sex couples in the United States. States grant rights and responsibilities. Most of the Fortune 500 companies provide health benefits to same-sex couples.

11 Legal Recognition As of today, 14 states and the District of Columbia offered marriage licenses to same-sex couples. Just over half of Americans oppose gay marriage. Defense of Marriage Act: legislation passed by Congress denying federal recognition of homosexual marriage and allowing states to ignore same-sex marriages licensed by other states (DOMA was struck down by the supreme court in 2013), However…. Some states have broader measures banning other forms of partner recognition.

12 Legal Recognition Arguments in favor of same-sex marriage:
Violation of civil rights Denial of rights and benefits accorded to other spouses Promoting relationship stability Beneficial to children Religious teachings promoting fairness and equality Discussion: What do you think of these arguments?

13 Legal Recognition Arguments against same-sex marriage:
View of homosexuality as immoral Damaging heterosexual marriage Subverting stability of heterosexual families Religious views Discussion: What do you think about these arguments?

14 LGBT Parenting One third of lesbians and one fifth of gay men are parents. Over 10 million children are being reared by gay parents. Gays become parents through prior heterosexual relationships, assisted reproductive technology, or adoption.

15 LGBT Parenting Research concludes that children of gay and lesbian parents are just as likely to flourish as are children of heterosexual parents. Children benefit from having two parents. Discussion: What are the concerns about gays and lesbians as parents?

16 LGBT Parenting Lesbian and gay parents are often discriminated against in child custody, visitation, adoption, and foster care. Second-parent adoption: a legal procedure that allows individuals to adopt their partner’s biological or adoptive child without terminating the first parent’s legal status as a parent Second-parent adoption is not possible when a parent in a same-sex relationship has a child from a previous relationship unless the parent gives up parental rights.

17 Chapter Summary Gay and lesbian parents often face prejudice and discrimination but evidence suggests their children are just as likely as others to flourish. Antigay bias has negative consequences for heterosexuals.

18 Chapter Review What are the different terms that refer to the diverse forms of sexual orientation? How prevalent is homosexuality and bisexuality? How do beliefs about sexual orientation affect attitudes? What is heterosexism? What are LGBT relationships like?

19 Chapter Review What are the legal issues regarding same-sex couples?
What are the LGBT parents issues? How are heterosexuals negatively affected by antigay bias? 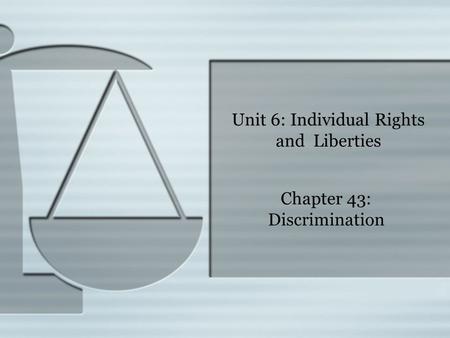 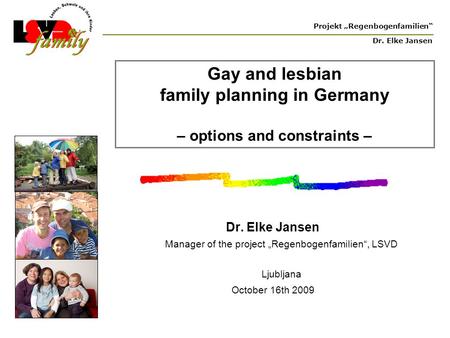 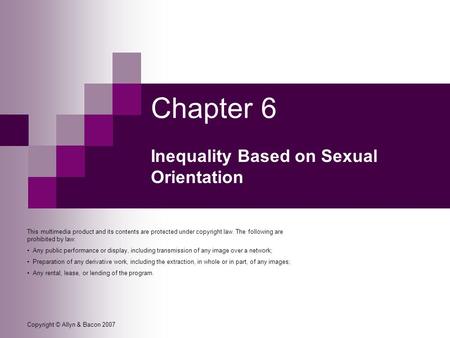 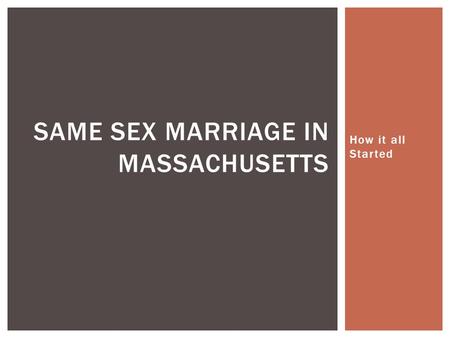 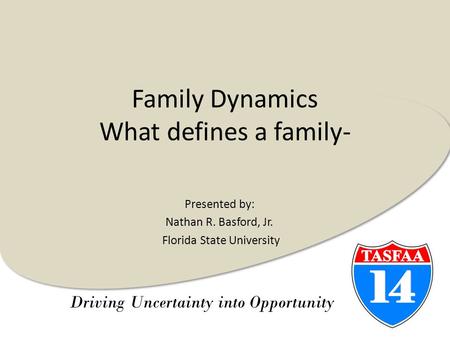 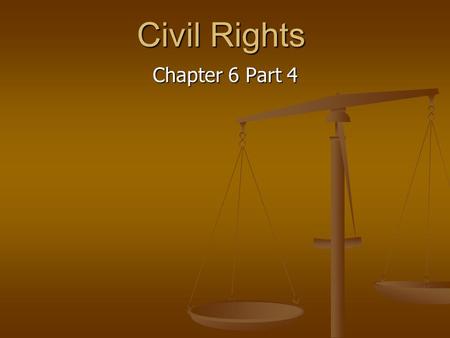 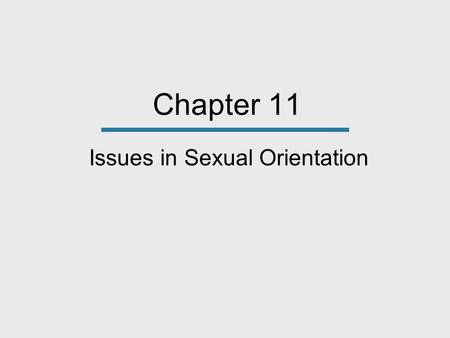 Chapter 11 Issues in Sexual Orientation. Promoting Tolerance At the Homewood- Flossmoor high school in the suburbs of Chicago, Myka Held was part of a. 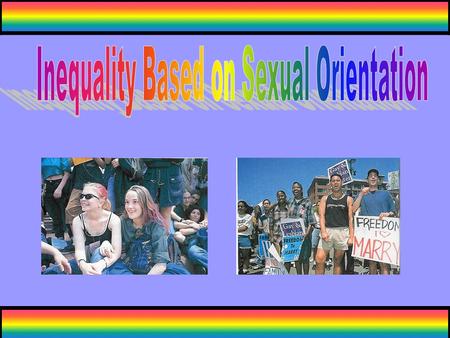