2 A Projectile What is a projectile?
A projectile is any object that is acted upon by gravity alone. Note that gravity acts in the negative y-direction. Air resistance is ignored in projectile motion unless explicitly stated. The path of a projectile is parabolic in nature.

3 The Trajectory of a Projectile

4 Choosing Coordinates & Strategy
For projectile motion: Choose the y-axis for vertical motion where gravity is a factor (ay = g = m/s2). Choose the x-axis for horizontal motion. Since there are no forces acting in this direction, the speed will be constant (ax = 0). Analyze motion along the y-axis separate, or independently from motion along the x-axis. This is a step that most students have difficulty with. Note that time is the only variable that will always be the same for both the vertical and horizontal directions. Hence, if you can find if for the y-direction, you also have it for the x-direction, and vice-versa.

7 The Vectors of Projectile Motion
What vectors exist in projectile motion? Velocity in both the x and y directions. Note that it increases in the y-direction while it is constant in the x-direction. Acceleration in the y direction only. vx (constant) vy (Increasing) ay = 9.81 m/s2 Trajectory or Path ax = 0

16 Example #2(Part 1): Sketching the path.
All projectiles followed a curved or parabolic path. 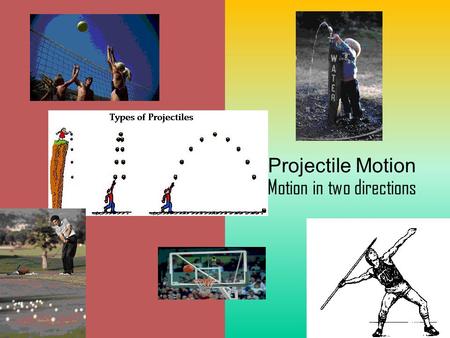 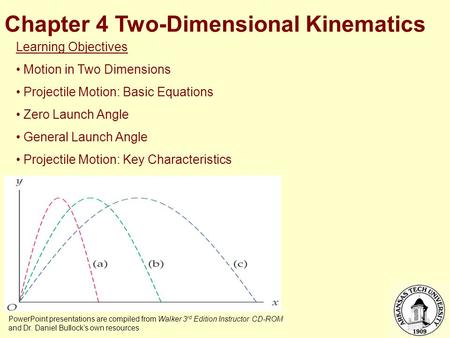 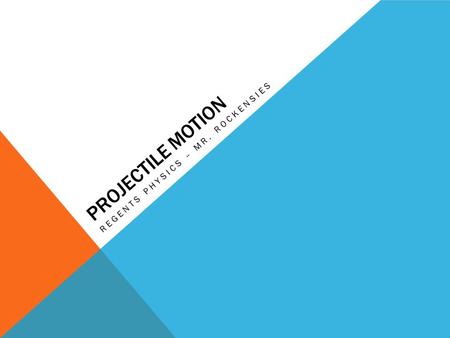 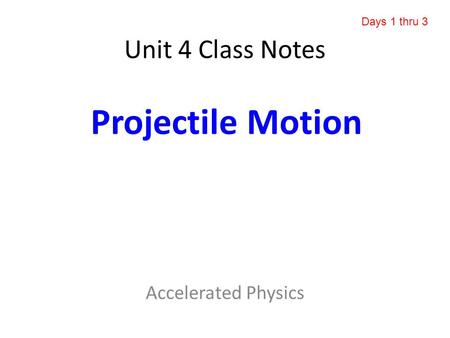 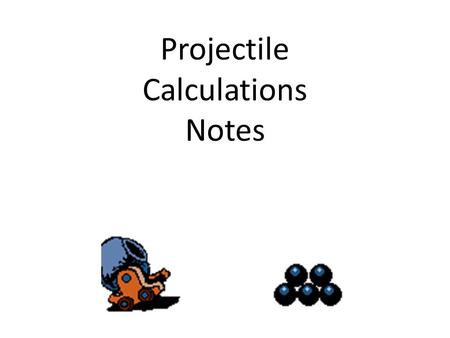 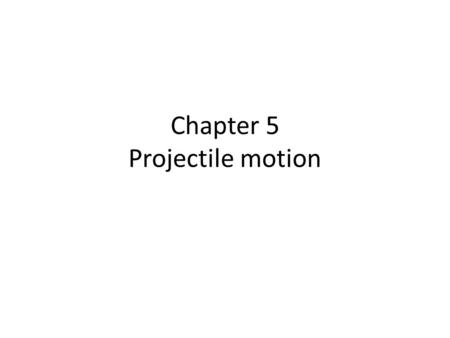 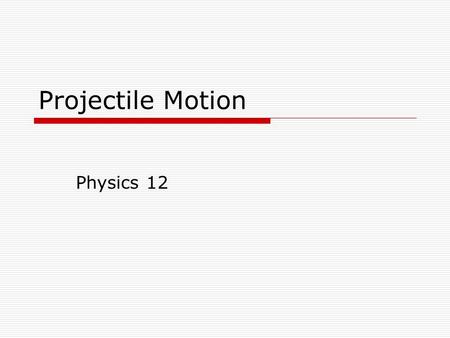 Projectile Motion Physics 12. Motion in 2D  We are now going to investigate projectile motion where an object is free to move in both the x and y direction. 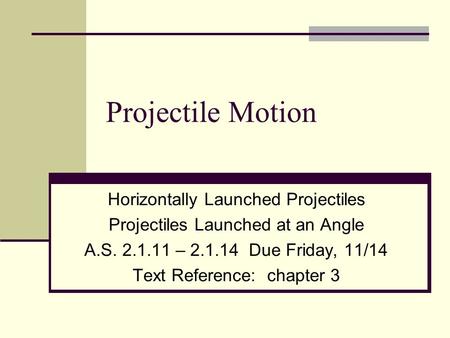 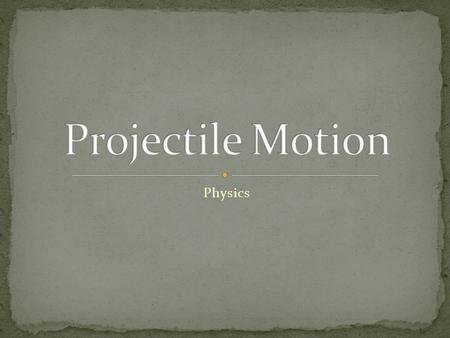 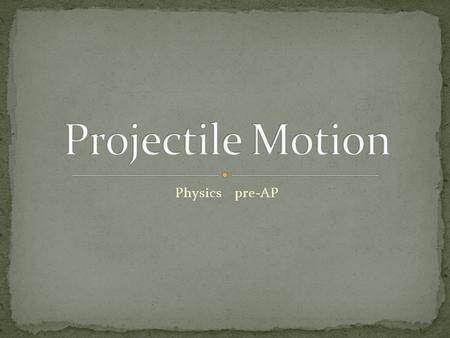 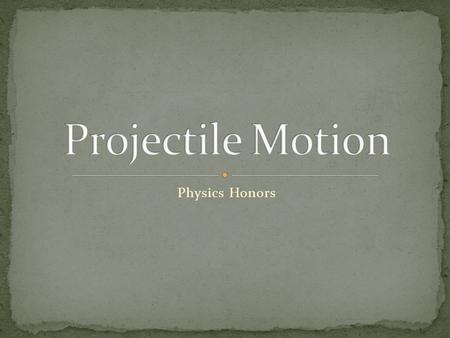 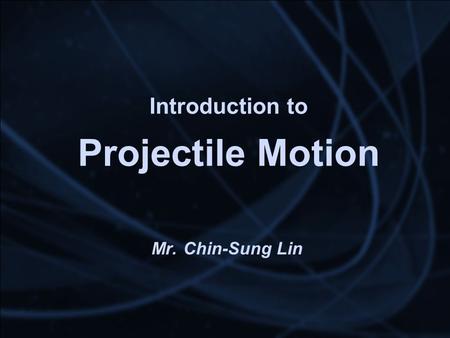