2 Groups, Teams, and Their Leadership
“We are born for cooperation, as are the feet, the hands, the eyelids, and the upper and lower jaws.” -Marcus Aurelius

3 Groups/Teams “It is quite possible that the mark of a truly effective internal team leader is to be more of a coach and to empower the team to make its own decisions and govern itself.” -O’Connell et al., 2002

6 Groups / Teams Talking about formal groups / teams as opposed to informal groups. Informal groups are independently formed to meet the social needs of employees. Leaders can benefit from informal groups, but have no responsibility or accountability for them. Thus, from a leadership perspective our focus is on formal work groups (specifically teams) established by the leader, organization, etc..

7 Leadership and Work Teams
During the past few decades we have witnessed an increase in the organizational use of work teams. A group is two or more interdependent individuals who interact with one another to achieve a commonly held objective. A team is a group of two or more people joined in cooperative activity for work or play. All teams are groups, but not all groups are teams. Teams exhibit a higher level of cohesiveness than do groups.

8 Teams, Teamwork, and Groups
A team is a work group that must rely on collaboration if each member is to experience the optimum success and achievement. Teamwork is done with an understanding and commitment to group goals on the part of all team members. Perhaps worth repeating----All teams are groups, but not all groups are teams.

9 Individuals Versus Groups Versus Teams
Team members usually have a stronger sense of identification among themselves than group members do. Teams have common goals or tasks. Task interdependence typically is greater with teams than with groups. Team members often have more differentiated and specialized roles than group members.

12 Types of Teams Problem-solving Teams Self-managed Work Teams
Employees from the same department and functional area who are involved in efforts to improve work activities or to solve specific problems, handle specific issues, matters, etc. Self-managed Work Teams A formal group of employees who operate without a manager responsible for a complete work process or segment.

13 Types of Teams Cont. Cross-functional Teams Virtual Teams
Hybrid grouping of individuals who are experts in various specialties and who work together on specific tasks----many times from differing positional levels in the organization----their experience is often temporary , with the team disbanding when the task is completed. Virtual Teams Teams that use technology to link physically dispersed members in order to achieve a common goal.

14 The Impact of Team Size The greater the number of people in a large versus a small team will affect the probability that any individual is likely to emerge as leader. As teams become larger, cliques are more likely to develop. Leaders with a large span of control tend to be more directive, spend less time with individuals, and use more- impersonal approaches when influencing others.

18 Stages in Group Development
Forming Members join and begin the process of defining the group’s purpose, structure, and leadership (mutual acceptance). Storming Intragroup conflict occurs as individuals resist control by the group and disagree over leadership (communication and decision-making). Norming Close relationships develop as the group becomes cohesive and establishes its norms for acceptable behavior (motivation and productivity). Performing A fully functional group structure allows the group to focus on performing the task at hand (control and organization). Adjourning The group prepares to disband and is no longer concerned with high levels of performance.

19 Team Structure Role The set of expected behavior patterns attributed to someone who occupies a given position in a social unit that assist the team in task accomplishment or maintaining member satisfaction. Beware the following: Role conflict: experiencing differing role expectations. Role ambiguity: uncertainty about role expectations

21 Task Roles in Teams Cont.
Coordinator Clarifies and synthesizes various ideas in an effort to tie together the work of the members. Orienter Summarizes, points to departures from goals, and raises questions about discussion direction. Energizer Stimulates the team members to higher levels of work and better quality.

22 Relationship Roles or Maintenance Roles in Teams
Team maintenance roles do not directly address a task itself but instead help foster team unity, positive interpersonal relations among team members, and development of the ability of members to work effectively together. Harmonizer Mediates disagreements between other members and attempts to help reconcile differences. Encourager Expresses warmth and friendliness toward group members, encourages them, and acknowledges their contributions.

23 Relationship Roles or Maintenance Roles in Teams Cont.
Gatekeeper Tries to keep lines of communication open and promotes the participation of all team members. Standard Setter Suggest standards for how the team should operate and checks whether members are satisfied with the team’s functioning. Team Observer Watches the internal operations of the team and provides feedback about how participants are doing and how they might be able to function better. Passive Follower Agrees with team members and is friendly but relatively passive.

24 Dysfunctional Roles in GROUPS (Self-oriented Roles)
Self-oriented roles are related to the personal needs of group members and often negatively influence the effectiveness of a group. Aggressor Deflates the contributions of others by attacking their ideas, ridiculing their feelings, and displaying excessive competitiveness. Blocker Tends to be negative and stubborn and to resist new ideas, sometimes in order to force the group to readdress a viewpoint with which they have already dealt.

25 Dysfunctional Roles in Groups (Self-oriented Roles) Cont.
Recognition-seeker Seeks attention, boasts about accomplishments and capabilities, and works to prevent being placed in an inferior position in the group. Dominator Tries to assert control and manipulates the group or certain group members through such methods as flattery, giving orders, or interrupting others.

28 Team Structure (cont’d)
Team Cohesiveness The degree to which members are attracted to a team and share the team’s goals. Highly cohesive teams are more effective and productive than less cohesive groups / teams when their goals are aligned with organizational goals.

29 The Relationship Between Cohesiveness and Productivity
Exhibit 15.5

31 Cohesion (Positive) Leaders will be better off thinking of ways to create and maintain highly cohesive teams, than not developing these teams out of concern for potential groupthink or overbounding situations.

32 Groupthink (Based on the work of Irving Janis)
The extensive pressure of others in a strongly cohesive or threatened group that causes individual members to change their opinions to conform to that of the group. With groupthink, the positive value of cohesion turns negative.

34 Team Cohesion (Negative Cont.)
Overbounding: Tendency of highly cohesive groups to erect what amount to fences or boundaries between themselves and others. Groupthink: People in highly cohesive teams often become more concerned with striving for unanimity than in objectivity appraising different courses of action. Ollieism: When illegal actions are taken by overly zealous and loyal subordinates who believe that what they are doing will please their leaders.

36 Characteristics of Effective Teams
A clear mission and high performance standards Leaders of effective teams spent a considerable amount of time assessing the technical skills of the team members. After taking stock of available resources and skills, good leaders would work to secure those resources and equipment necessary for team effectiveness.

37 Characteristics of Effective Teams
Leaders of effective teams would spend a considerable amount of time planning and organizing in order to make optimal use of available resources, to select new members within needed technical skills, or to improve needed technical skills of existing members. High levels of communication Minimize interpersonal conflicts 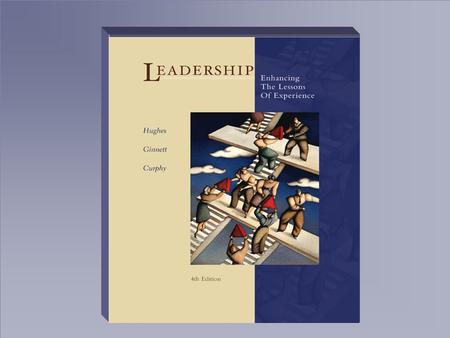 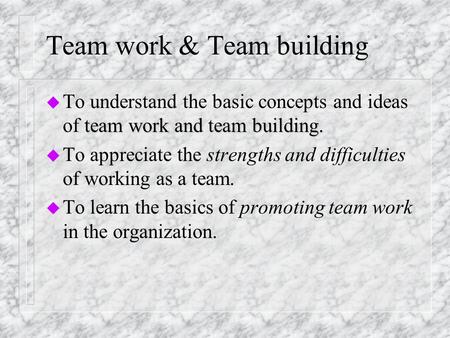 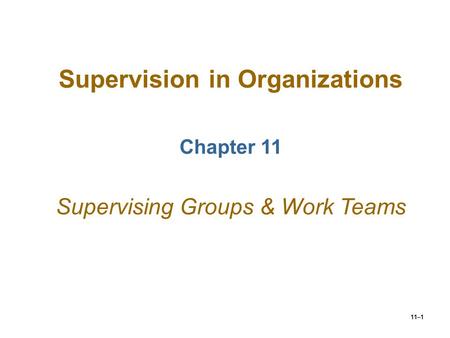 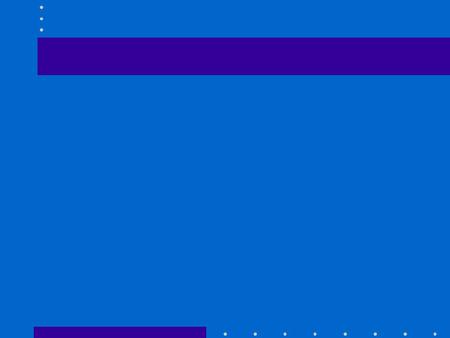 Groups © The McGraw-Hill Companies, Inc., 1998 Group: “Two or more freely interacting individuals who share collective norms and goals and have a common. 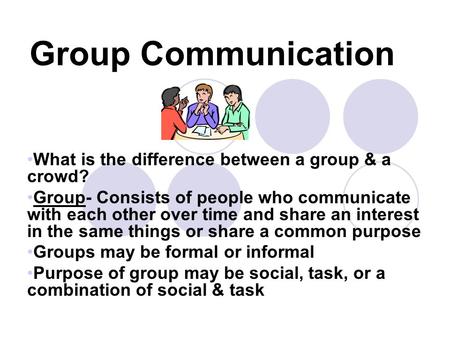 Group Communication What is the difference between a group & a crowd? 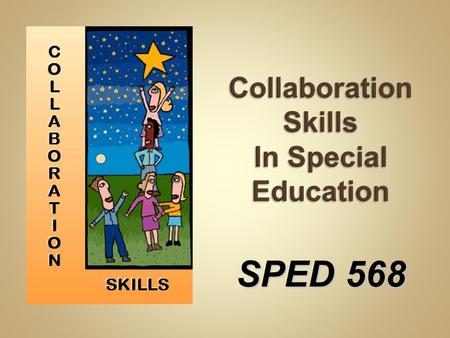 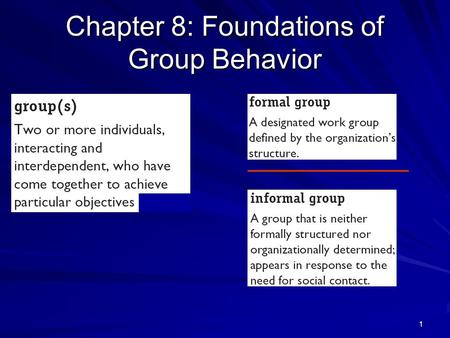 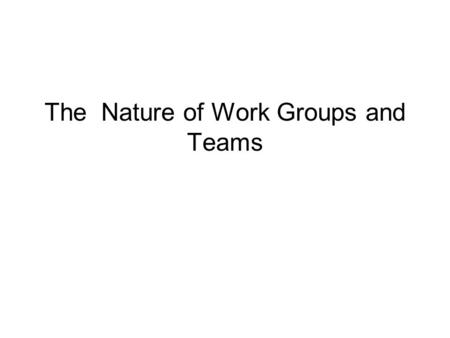 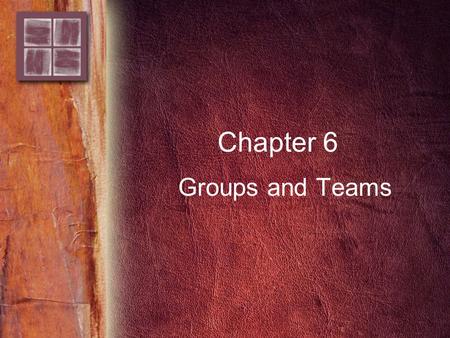 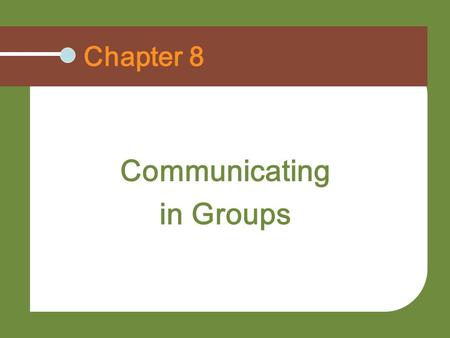 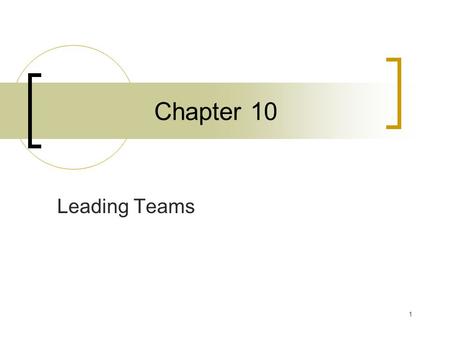 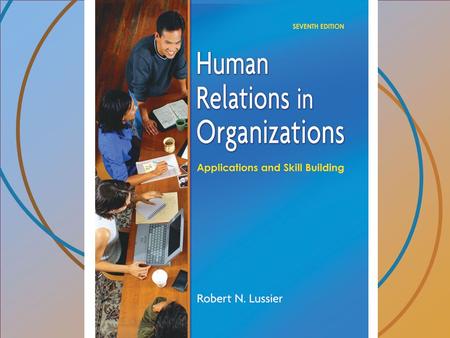 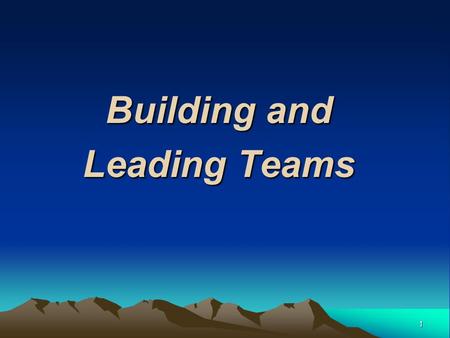 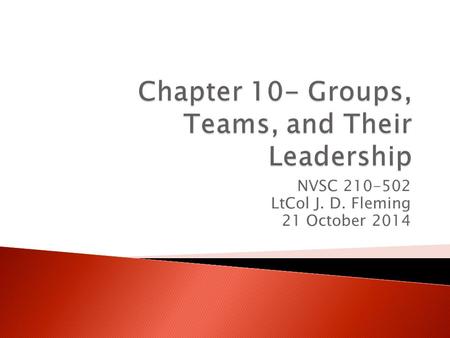 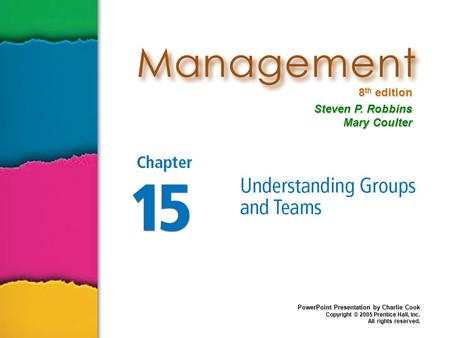