Presentation on theme: "IONIC BONDING. What is an ion? An ion: an atom or bonded group of atoms with a positive or negative charge Cation: A positively charged ion Anion: A negatively."— Presentation transcript:

4 Properties of Ionic Compounds Formed by ionic bonds Electrons are either gained or lost Have a regular repeating pattern called a crystal lattice Elements are generally far apart from each other (metals with nonmetals; cations with anions) High Melting point and Boiling Point Conductors of electricity when mixed with water Formation of these is exothermic Strong bonds; stronger than covalent bonds

8 Ionic Bond yan electron is simply transferred to another atom. By doing so, each atom is able to have a stable valence shell. It is called an ionic bond because the atoms become ions, a charged atom that has either lost an electron (positive charge) or has gained an electron (negative charge). Below is an animation of ionic bonding:

10 Ionic Formulas Use parentheses to show more than one polyatomic ion. Stock System – –Roman numerals indicate the ion’s charge used when the ion has more than one oxidation state. C. Ionic Nomenclature

12 Ionic Names Write the names of both ions, cation first. Change ending of monatomic ions to -ide. Polyatomic ions have special names. Stock System - Use Roman numerals to show the ion’s charge if more than one is possible. Overall charge must equal zero.

Download ppt "IONIC BONDING. What is an ion? An ion: an atom or bonded group of atoms with a positive or negative charge Cation: A positively charged ion Anion: A negatively." 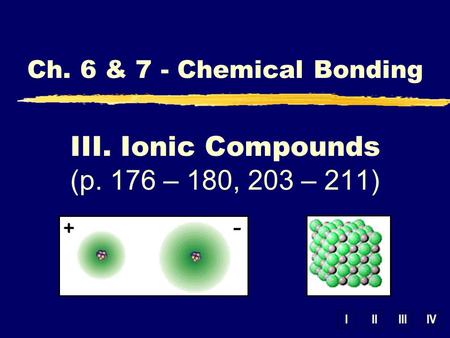 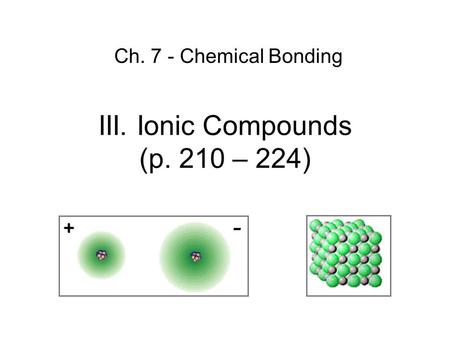 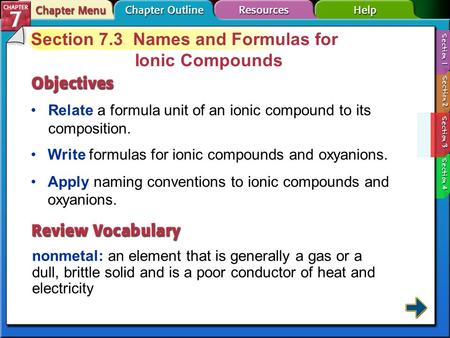 Section 7-3 Section 7.3 Names and Formulas for Ionic Compounds Relate a formula unit of an ionic compound to its composition. nonmetal: an element that. 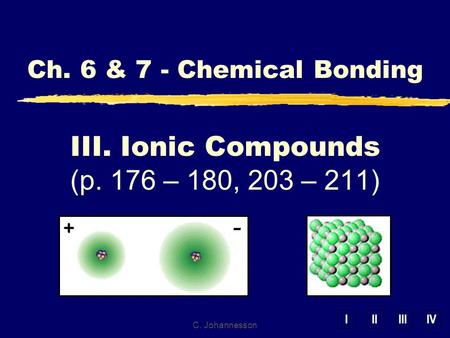 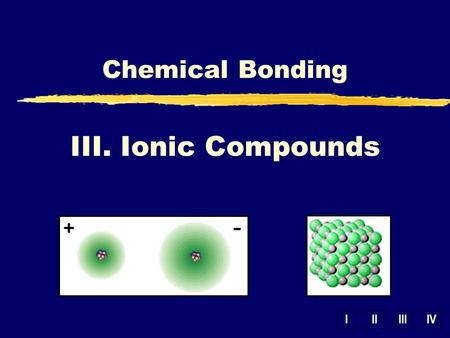 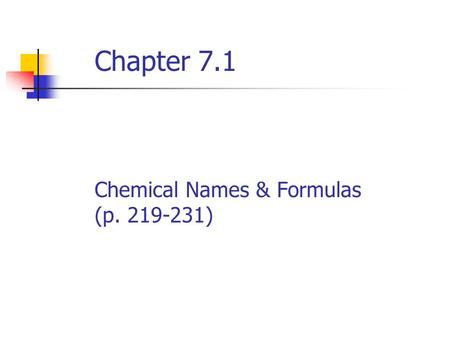