2 Ionic compounds are composed of both metals and nonmetals. The bond that is formed is based on electrostatic forces between negatively(anion) and positively(cation) charged ions. Ionic Compounds Ionic bonding occurs by the transfer of one or more electrons from one atom to another

5 The interaction of ionic bonds is when atoms gain or lose electrons until the outer shell of electrons is full and stable with 8 electrons. This is part of the octet rule. Recall octet rule: When atoms combine to form molecules they generally each lose, gain, or share valence electrons until they attain or share eight and reach a noble gas electron configuration

9 Lewis Dot Structure 1)Draw skeletal structure of compound showing what atoms are bonded to each other. Put least electronegative element in the center. 2)Count total number of valence e-. Add 1 for each negative charge. Subtract 1 for each positive charge. 3)Complete an octet for all atoms except hydrogen 4)If structure contains too many electrons, form double and triple bonds on central atom as needed.

10 Lewis Dot Structure Example: Sulfur has 16 electrons. You can show this by using the method you learned earlier in the year [Ne]3s 2 3p 4. You can see from using this method that there are 6 electrons in the outer shell of sulfur. Sulfur can be represented in Lewis dots when you follow these rules: 1. The element symbol is placed in the center. 2. Dots, representing electrons, are placed on all four sides of the element. 3. Each side can hold 2 electrons. 4. You must put an electron on each side (if possible) before filling up a side.

11 Lewis Dot Structure This is what sulfur looks like according to the Lewis Dot Chart: S

16 Non-Polar Covalent Bonding Accounts for the bond that keeps two atoms of the same element together. (Cl 2, H 2 ) Atoms share electrons from ½ filled orbitals to achieve noble gas configurations Shared electrons are attracted to both nuclei, which keeps atoms together Electrons involved in bonding are called shared electron pairs, ones that are not are called lone electron pairs

23 Coordinate Covalent Bond A covalent bond in which one of the atoms donates both electrons Properties are same as previous covalent bonds Distinction is useful when keeping track of valence electrons and when assigning formal charges. Example formation of ammonium ion 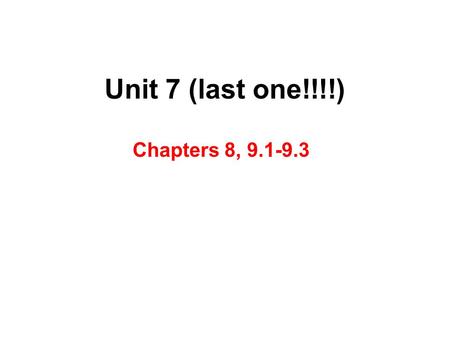 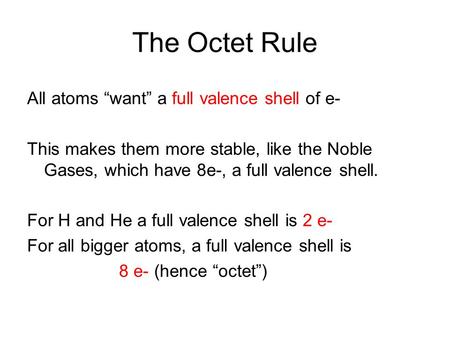