2 Electron Configuration
An elements ability to bond depends on its electron configuration. Specifically, the outermost electrons determine if an atom will react

4 Electron Configuration
When the highest energy level of an atom is completely filled with electrons, the element is stable and will not react.

6 Electron Dot Diagrams An electron dot diagram is a model in which each dot represents a valence electron. The number of valence electrons an element has depends on what group it’s in.

9 iClicker Question How many valence electrons does Chlorine have? 1 2 7
8 17

11 Ionic Bonding Some elements which do not have a stable outer shell will try to get it by transferring electrons. An element can achieve that by either gaining or losing electrons.

13 Formation of Ions When an atom gains or loses an electron, the number of protons is no longer equal to the number of electrons. The charge on the atom is not balanced and it is no longer neutral. An atom that has a positive or negative charge is called an ion.

14 Ions The charge on an ion is represented by a plus or minus sign next to the elements symbol. Na+

18 Ionic Bonding Negative and positives are attracted to each other.
An anion and a cation will attract each other and form a bond. When two ions form a bond, its called an ionic bond.

20 Ionic Compound A chemical formula shows the ratio of one element to another in a compound. Element will bond with other elements so they can have a stable electron configuration (full shell).

21 Ionic Compound Magnesium has 2 valence electrons
Chlorine has 7 valence electrons Magnesium cannot be stable by reacting with just 1 chlorine. It must donate 2 electrons and chlorine can only accept 1. Another Chlorine must be present to accept the electron and make a bond.

27 Covalent Bonding In a covalent bond, electrons are shared.
A molecule is a group of atoms that are joined together by covalent bonds.

29 iClicker Questions Which of the following could make a multiple bond?
Chlorine Fluorine Oxygen Bromine They could all make multiple bonds.

31 Polar Bonds A covalent bond in which electrons are not shared equally is called a polar covalent bond. When a polar bond forms, the element with the larger attraction has a partial negative charge. The other element in the molecule will have a partial positive charge.

32 Polar Molecules An entire molecule can be polar if it contains polar bonds or if its shape causes it to be polar.

37 iClicker Question What does the prefix bi mean in the word bicycle?
One Two Three Four None of the above

43 Multiple Ions Some metals have multiple ions, meaning they have more than one ion. A roman numeral is placed after the name of the metal to tell which ion is being used

44 Metals with Multiple Ions
Copper sometimes makes a +1 ion CuCl - Copper (I) Chloride But it can also make a +2 ion CuCl2 - Copper (II) Chloride The roman numeral tells what ion it is.

47 iClicker Question What is the correct formula for Calcium Oxide? CaO
O2Ca OCa2

49 Naming Molecular Formulas
A molecule is formed from covalent bonds To name molecules, use a prefix to describe the number of atoms in them 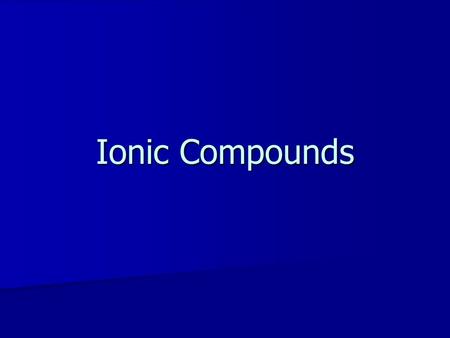 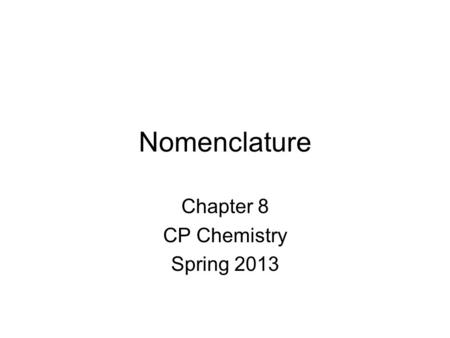 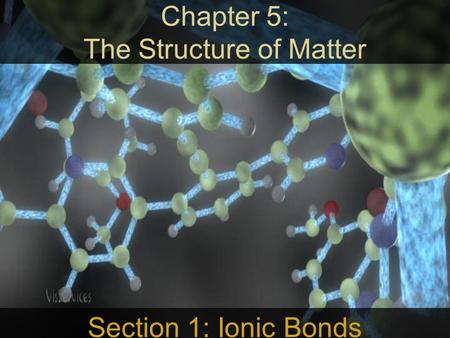 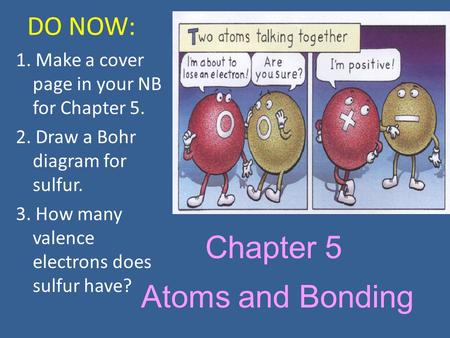 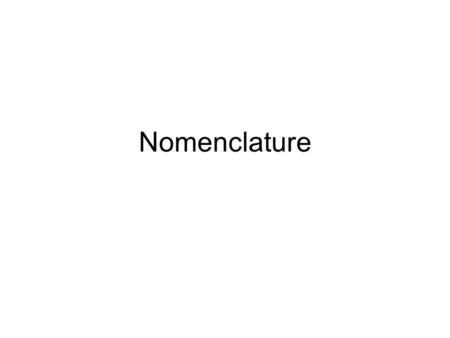 Nomenclature. Ionic Compounds Held together by ionic bonds. What are ionic bonds? –Between metals and non- metals –Transfer of electrons between atoms.