2 Ionic Compounds The chemical formula for an ionic compound is called a formula unit which represents the lowest who number ration of atoms in that compound.( ex. NaCl) Ionic bond formation begins by the transfer of electrons from metal to non-metal atoms Cations and anions are electrostatically attracted to eachother, completing the ionic bond Coordination Number = The number of ions of opposite charge surrounding the ion in a crystal.

8 Metallic Bonding Positive metal ions floating in a sea of electrons. Metals are excellent conductors of electricity Metals can be easily deformed (They are malleable and ductile) Know that metals are arranged in crystalline structures, but do not worry about the arrangement of these structures: face-centered, body-centered, hexagonal.

9 Alloys Alloys are mixtures of metals Properties of alloys are usually superior to those of their component elements. Substitutional AlloyInterstitial Alloy

12 Naming Ionic Compounds with Stock System Ions Some atoms multiple oxidation numbers (numbers of electrons that can be lost from the neutral atom) When naming compounds made with these ions, the oxidation number is noted in the compound name using roman numerals (I, II, III, IV, V, VI) FormulaCationAnionName CuClCu + Cl - Copper I Chloride CuCl 2 Cu 2+ Cl - Copper II Chloride

13 Naming Compounds Containing Polyatomic Ions Rules The first element always takes its name. Remember to use the roman numerals for atoms that have multiple oxidation numbers. There is one common polyatomic cation (Ammonium ion NH 4 + ) The non-metal portion of the ionic compound is polyatomic and each ion has a special name. Oxyanions are polyatomic ions that contain oxygen. Two oxyanions with the same two elements (one of which is always oxygen) will have end in -ate or –ite. The –ate ion will always have one more oxygen than the –ite ion. Example: Sulfite SO 3 2- Sulfate SO 4 2-

14 Writing Formulas for Compounds Containing Polyatomic Ions Polyatomic ions are a cluster of atoms that carry a charge. The same procedure that is used for binary compounds is applied to compounds containing polyatomic ions. The ultimate goal is to create a compound that has a neutral charge. NameCationAnionCompound Lithium phosphateLi + PO 4 3- Li 3 PO 4 Aluminum dichromateAl 3+ Cr 2 O 7 2- Al 2 (Cr 2 O 7 ) 3

15 Naming Acids There are two kinds of acids – Binary Acids and Oxyacids Binary acids are the combination of H + and a monatomic anion. The name of a binary acid always begins with the prefix hydro- and ends with the suffix –ic. Example:HCl (hydrochloric acid) exception: hydrocyanic acid (HCN) Oxyacids are the combination of H + and a polyatomic anion containing oxygen (-ate and –ite ions). The name of an oxyacid acid always ends in –ic or –ous. Example: H 2 SO 4 (sufuric acid) vs. H 2 SO 3 (sulfurous acid) Notice that the prefix hydro- does not appear in the name of oxyacids

16 Laws Governing Formulas and Names Law of Definite Proportions A chemical formula indicates the ratio of atoms of each element in the compound This law states that in samples of an chemical compound, the masses of the elements are always in the same proportion. Law of Multiple Proportions Multiple compounds can contain the same atoms in different proportions. Keeping the mass of one atom in each compound constant, the ratio of remaining atom in each compound will be a small whole number. 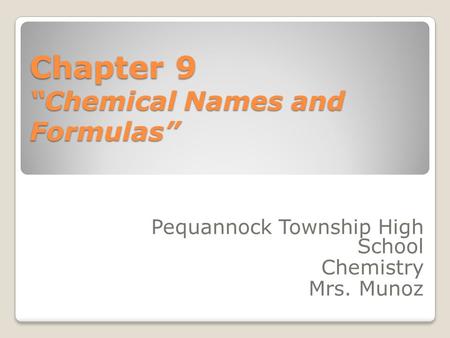 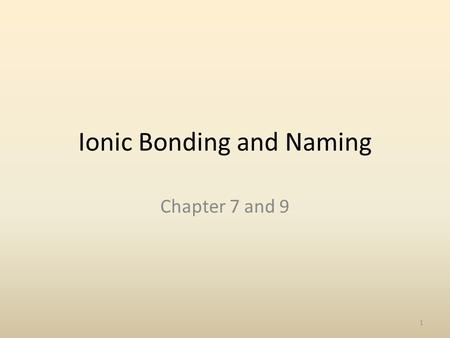 Ionic Bonding and Naming Chapter 7 and 9 1. SC1 Students will analyze the nature of matter and its classifications. SC1.b. Identify substances based on. 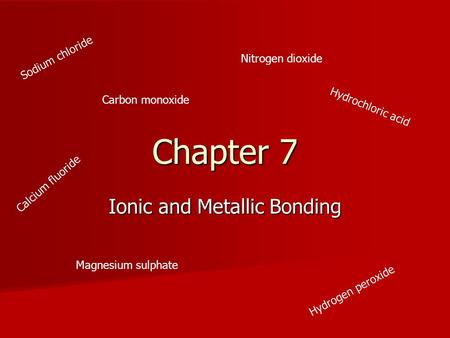 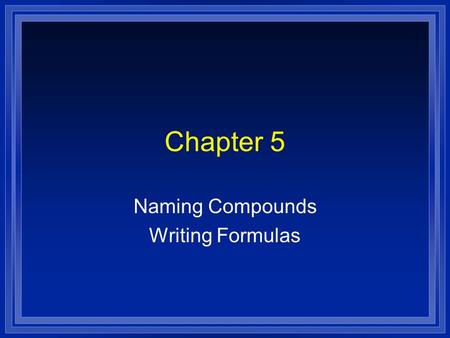 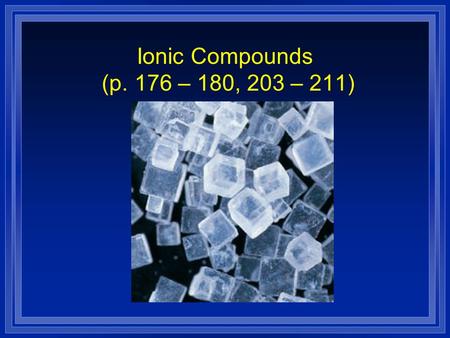 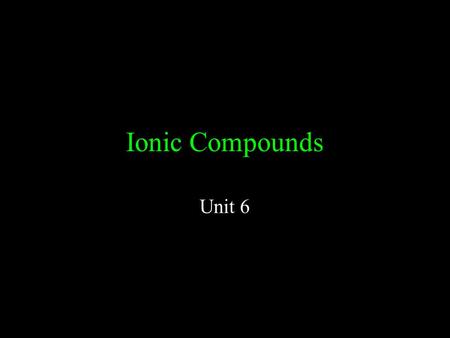 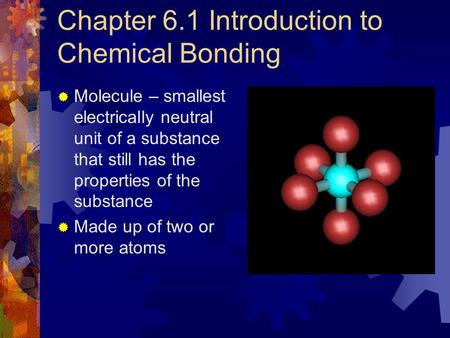 Chapter 6.1 Introduction to Chemical Bonding  Molecule – smallest electrically neutral unit of a substance that still has the properties of the substance.