1 Intro. to Infant, Child, and Adolescent Development
What is “Development”? How is it defined? -- One definition describes it as “a progressively on-going change that moves from basic to increasingly more complex.” The main problem with this view is that it does not reflect the issue of development across the lifespan to include the plateaus of life. -- Just as everyone is this class defines what constitutes development differently, there is no consensus in the field of psychology (to include developmentalists) as to what development is. It is for this very reason that when or if you read through the available literature on development, you will find multiple arguments that go in a variety of directions.

4 Intro. to Infant, Child, and Adolescent Development con’t.
Concepts & Issues in Developmental Psychololgy con’t. Environment & Heredity Age -- This concept is inherently difficult in all aspects of developmental research. This appears to be consistent for most, if not all, constructs. The reason is being that developmental constructs change in how they are defined depending on age.

5 Intro. to Infant, Child, and Adolescent Development con’t.
Concepts & Issues in Developmental Psychololgy con’t. Gender issues -- Just as with age differences, many gender issues are not consistent across genders. Culture -- Different cultures define development and what is considered “optimal” differently. Phases of Transition

7 Models of Development con’t.
Organismic Models Assumes the existence of psychological structures in the child that underlie and control development. The child is an active participant Assumes “the whole is greater than the sum of its parts.” Non-reductionistic Assumes that structures are already based within the individual

8 Models of Development con’t.
Organismic Models con’t. Assumes that development has trajectory and goals Takes a maturational approach Biologically bassed; multiple universal principles Interested in the integration of interaction (the event, not the duration) Moderately deterministic in that development is viewed as certain provided that criteria is met (degree & quality of development varies)

9 Models of Development con’t.
Contextual Models Not necessarily interested the organism as a whole, but is greatly interested in the historical aspect of development => These models view changes & novelty as a fundamental rule of life => Change is considered constant (on-going) => The individual is always evolving

10 Models of Development con’t.
Contextual Models con’t. Interested in the transaction between the organism and the environment Not a good predictive model because it holds that individuals are always in flux (i.e., always in a unpredictable / erratic state) Interested in the duration of the integration process Development is probabilistic NOT certain What accounts for probabilities is the context & the interaction between the individual and the context (duration of interaction is key)

11 Piaget’s Cognitive - Linguistic Development
Milesstones: Human development is generally characterized by milestones that occur in a predictable sequence. A developmental milestone is therefore the appearance of a new, developmentally more advanced behavior

17 Vygotsky’s Theory of Development
3 Areas of Emphasis: The importance of social interaction for cognitive development The concept of scaffolding The interrelationship between language and thought Cognitive Development is inseparable from social and cultural contexts.

20 Vygotsky’s Theory of Development con’t.
The interrelationship between language and thought: Vygotsky proposes that egocentric speech is better understood as “talking to one’s self” rather than talking to someone else. Some people are more likely to talk to themselves when performing difficult or frustrating tasks. Talking aloud seems to help guide & direct individuals as they attempt to perform a complex task or solve a difficult problem.

21 Vygotsky’s Theory of Development con’t.
The interrelationship between language and thought con’t.: Vygotsky believed that thought and language are separate functions in infants and young toddlers. He believed that somewhere around age 2, thought and language become intertwined. This is because Vygotsky didn’t believe that the individual was able to express their thoughts until they were able to speak and think in terms of words.

22 Vygotsky’s Theory of Development con’t.
The interrelationship between language and thought con’t.: According to this theoretical perspective, it is at this point that we begin to see self-talk (often referred to as “private speech”)… for talking to one’s self mentally rather than out loud. The thing to remember here is that “self-talk” and “inner-talk” (thought) serve to guide and direct behavior. It is a means of providing “scaffolding” for one’s self. 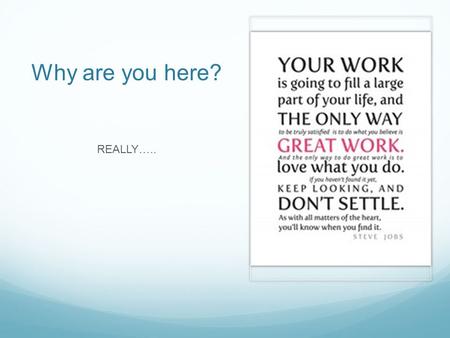 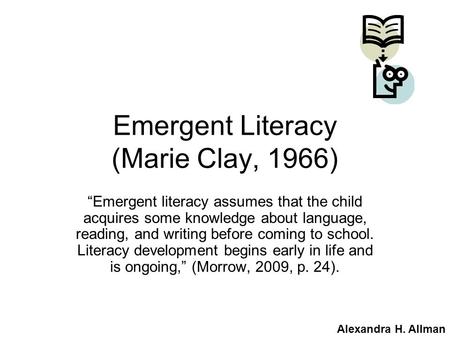 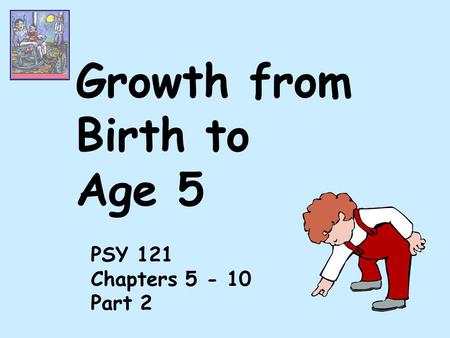 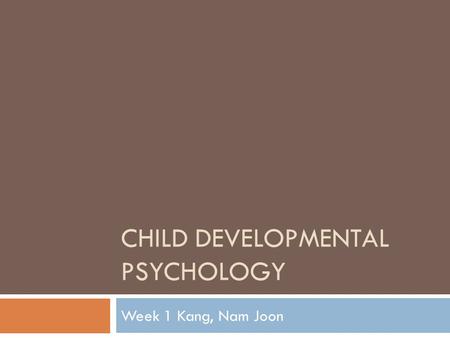 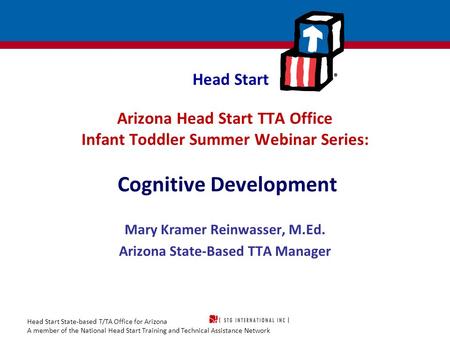 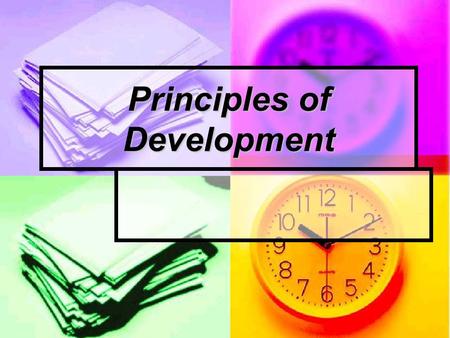 Principles of Development. Developmentally appropriate practices result from the process of professionals making decisions about the well-being and education. 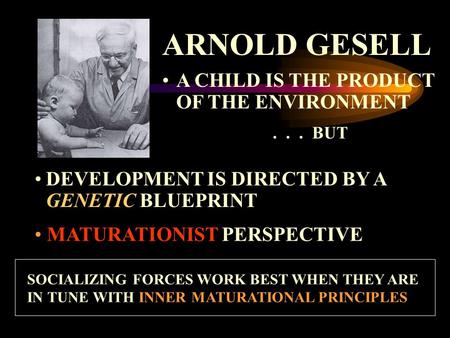