The King’s Fund Report and the Kirkup Inquiry 2015

Presentation on theme: "The King’s Fund Report and the Kirkup Inquiry 2015"— Presentation transcript:

1 The King’s Fund Report and the Kirkup Inquiry 2015

2 The King’s Fund Report In December 2013, the Parliamentary and Health Service Ombudsmen (PHSO) in England published a thematic report in the midwifery regulation. She had been prompted to scrutinise the unique arrangements that apply to midwifery as a consequence of investigating cases a Morecambe Bay. In her report she referred to the ‘structural flaws’ in the framework of public protection.

3 Ombudsman The Ombudsmen set out two principles that should apply to a future model of midwifery. That midwifery supervision and regulation should be separated That the NMC should be in direct control of regulatory activity.

4 Nursing and Midwifery Council
In January 2014 the NMC discussed the Ombudsmen's Report. It concluded that it was a very serious matter for another regulator, tasked with upholding public protection, to raise questions about the fitness for purpose of an aspect of our regulatory framework.

5 Confidence in Regulation
The Ombudsmen View: These supervision arrangements are a clear candidate for reform as they demonstrate a local manifestation of an older model of professional regulation – one that uneasily combines important regulatory and professional leadership roles. This combination of functions in one role creates circumstances that have the potential to undermine confidence in regulation.

7 The Kings Fund Terms of Reference to make recommendations re:
Public Protection Proportionality Public Confidence (post Shipman) The PSA Standards of good regulation Public Assurance in service providers of maternity services Fairness to midwives whose fitness to practise is called into question.

8 Methodology Phase 1 Literature Review Focus Group Work
Rounds of engagement with key stakeholders Phase 2 Exploration of future scenario’s Appraised against the principles set out in the terms of reference A future ‘partners group’ as a means of involving bodes that may have a role to play a change to the framework.

9 Evidence The King’s Fund found no risk based evidence to justify an additional tier of regulation for midwifery. The additional tier did not appear to have a positive impact of the quality of referrals to fitness to practise as measure by the likelihood of case to answer findings or sanctions. In high profile cases involving shortcomings in maternity, the additional tier of regulation did not appear to have had a decisive positive impact on outcomes. The assessment of the King’s Fund was that most of the work carried out under the aegis of the current arrangements is not what it describes as ‘core regulation’ it is work that is at the support, developmental and leadership end of the continuum.

10 Perceptions That some service users and the public considered if things went wrong that they wanted a clear single process for addressing shortcomings. That for some providers of maternity services, the existence of a parallel framework around midwifery had a negative impact on their grasp of their own responsibility for midwifery.

11 Contextual Agenda’s The Kirkup Enquiry. Government Investigation into the events at Morecambe Bay. Public Administration Select Committee Bernard Jenkin writing to Dan Poulter regarding the slow progress following the PHSO Publications. Health Inspectorate Wales Report that Supervision should not be part of its organisation since it did not an ‘inspectorate function’. Guernsey: Reported in October 2014 regarding the failings of Supervision at GHC.

12 Kings Fund Recommendation:
The NMC as the health care professional regulator should have direct responsibility and accountability solely for the core functions of regulation. The legislation pertaining to the NMC should be revised to reflect this. This means that the additional layer of regulation currently in place for midwives and the extended role for the NMC over statutory supervision should end.

13 Next Steps The NMC will need to seek Government support and parliamentary time to act to dismantle the statute in law. The DoH would need to hold a consultation regarding changes to the Order and repeal of Midwives Rules and Standards. Without immediate change the Council may wish to institute a number of interim changes to the components of the Midwives Rules and Standards (likely Rule 10)

14 The Kirkup Enquiry The Morecambe Bay Investigation was established by the Secretary of State to Health in September 2013 following concerns over serious incidents in the maternity services at Furness General Hospital (FGH) Covering from January 2004 to June 2013 the report concludes that the unit at Furness was dysfunctional and that serious failures of clinical care lead to unnecessary deaths of mothers and babies.

15 Review of Pregnancies. The Investigation Panel reviewed Case Histories of pregnancies at other maternity units run by the Trust and found serious concerns over clinical practices were confined to FGH. The Investigation details 20 instances of significant failures of care the FGH which may have contributed to the deaths of 3 mothers and 16 babies. Different clinical care in these cases would have been expected to prevent the deaths of at least 1 mother and 11 babies.

16 Bill Kirkup said: All health care every where includes the possibility of error. The great majority of NHS staff know this and work hard to avoid it. They should not be blamed or criticised when errors occur despite their best efforts. In return, all of us who work for the NHS owe the public a duty to be open and honest when things go wrong, most of all to those affected, and to learn from what has happened. This is the contract that was broken at Morecambe Bay.

17 5 Key Concerns Clinical Competence of a proportion of staff fell significantly below the standard of safe and effective care. Essential knowledge was lacking, guidelines not followed and warning signs in pregnancy were sometimes not recognised or acted on appropriately. Poor working relationship between midwives, obstetricians and paediatricians. There was a ‘them and us’ culture and poor communications hampered effective clinical care.

18 5 Key concerns Con’t Midwifery care became strongly influenced by a small number of dominant midwives whose ‘over zealous’ pursuit of natural birth at ‘at any cost’ led at times to unsafe care. Failure of risk assessment and care planning resulted in inappropriate and unsafe care. There was a grossly deficient response from unit clinicians to serious incident with repeated failure to investigate properly and learn lessons.

19 Recommendations Far reaching with 18 specifically to the Trust
26 to the wider NHS. Also for CQC, Monitor, the DoH, NHS England, Parliamentary and Health Ombudsmen. Medical, Nursing and Midwifery Leadership.

20 To include – locally. An apology to the families.
Reviewing skills, training and duties of care. Better team working. Better Risk Assessment An audit of maternity and paediatric services. Better joint working across its sites Forging links with a partner Trust Reviewing incident porting and investigation methodology, complaint handling and clinical leadership. Improving the physical environment at FGH

21 As well as: A national review is also recommended of the provision of maternity services and paediatric care in rural and isolated or difficult to recruit to areas. The GMC and NMC are recommended to consider the investigating the conduct of those involved in the incidents or poor patient care.

22 NHS Infra-structure There was a disturbing catalogue of missed opportunities, initially and most significantly by the Trust, but subsequently involving the North West SHA, the Care Quality Commission, Monitor, the Parliamentary and Health Service Ombudsman and the Department of Health. Over the last 3 years, there were at least seven opportunities to intervene that were missed. The result being that no effective actions was taken until the beginning of 2012. Dr Bill Kirkup 2015

23 Responses - RCM This is a highly critical report that outlines failures in the Trust and elsewhere. It also provides a blue-print for positive change in the future. We will commit wholeheartedly to improve the safety of women, their babies and their families through working with others to implement the reports recommendations. Good relationships between professionals are always critical to high quality maternity care. Cathy Warwick.

24 Response - RCOG Effective and safe maternity care requires multi-disciplinary decision making, compliance with national guidelines and standards, ensuring that clinicians are up to date with their knowledge and skills. We have agreed to work closely to stamp out undermining behaviour which often leads to poor functional relationships and clinical performance. This report has revealed further challenges that FGH faced, including the poor recruitment and retention of doctors and issues around a hospital that was so isolated in its geography. Dr David Richmond 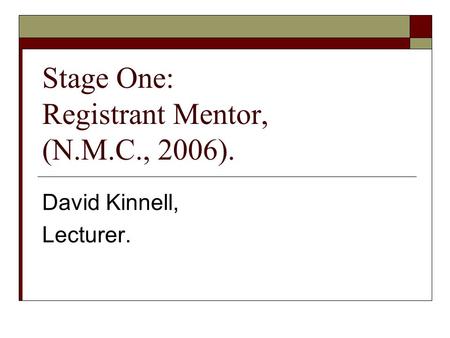 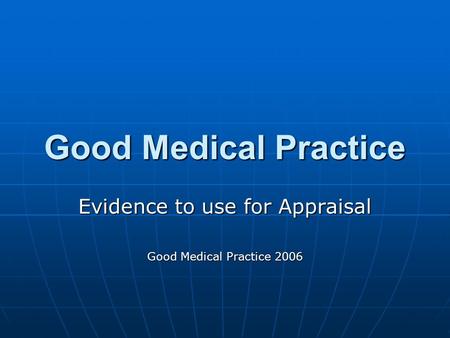 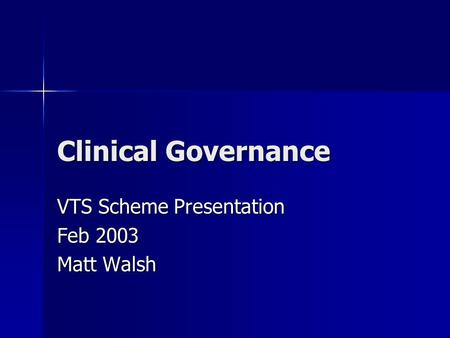 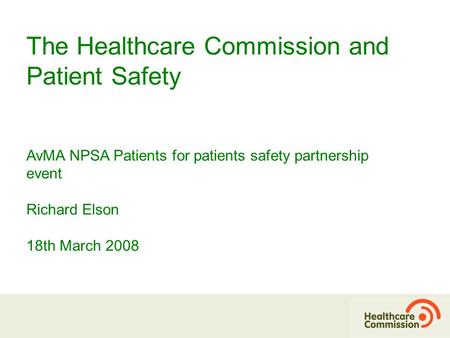 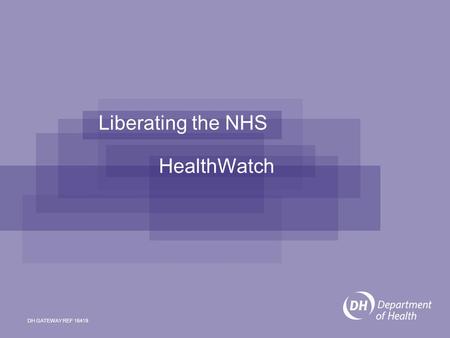 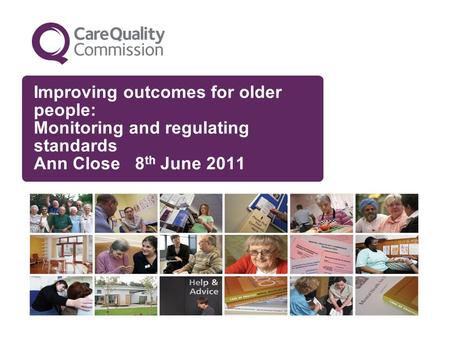 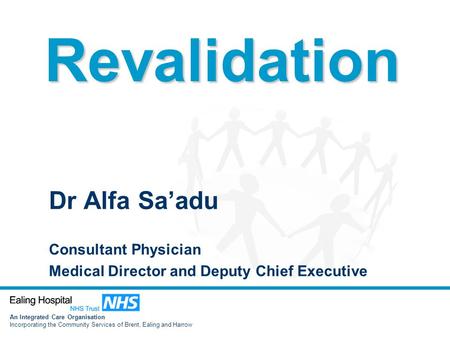 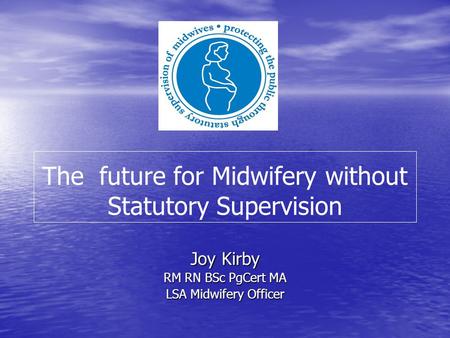 The future for Midwifery without Statutory Supervision 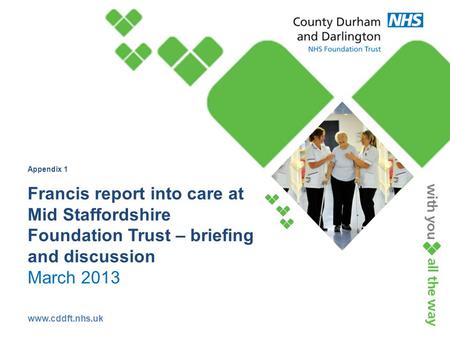 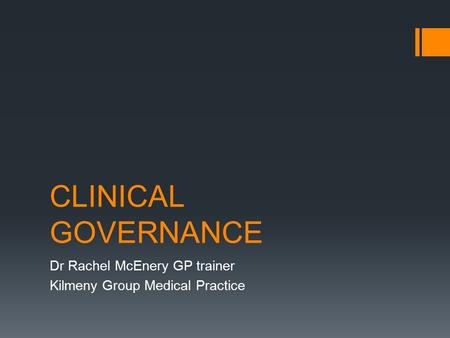 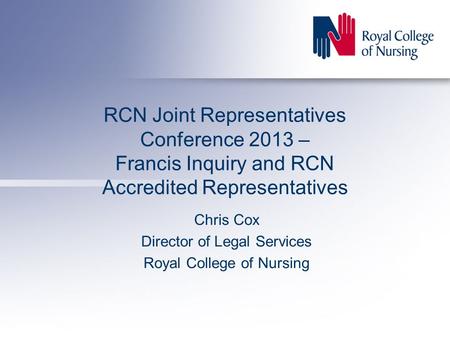 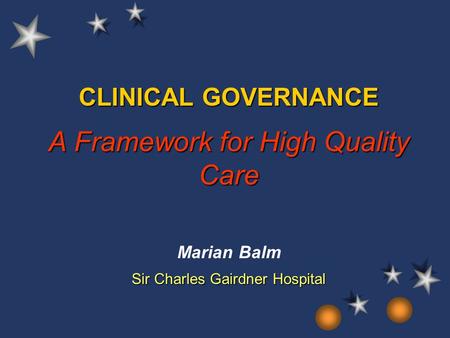 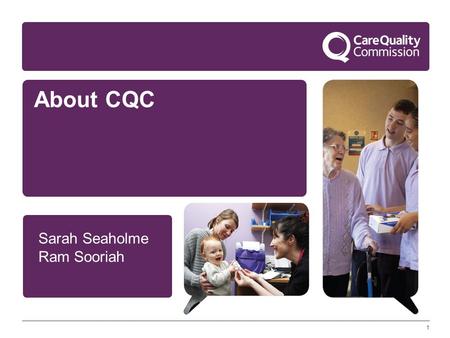 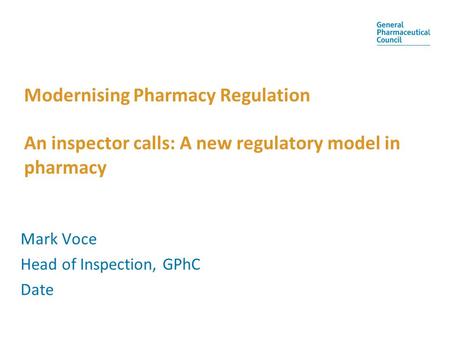 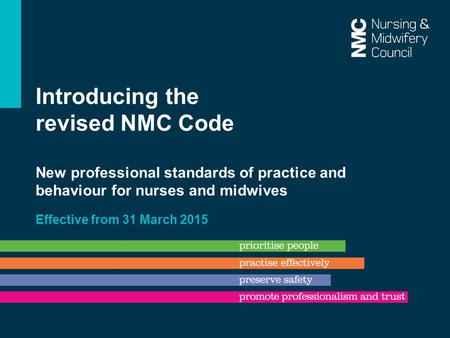 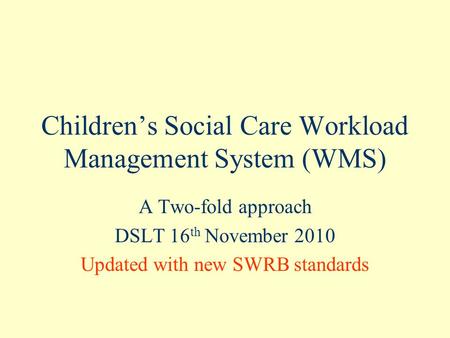 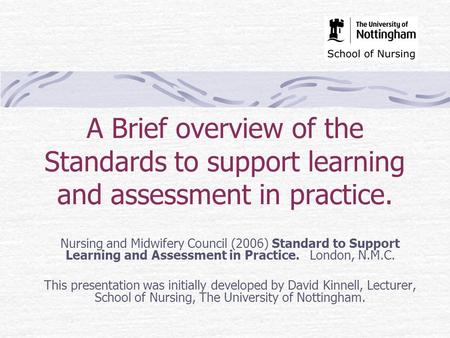 A Brief overview of the Standards to support learning and assessment in practice. Nursing and Midwifery Council (2006) Standard to Support Learning and. 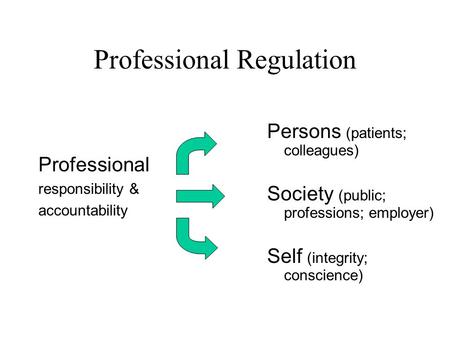 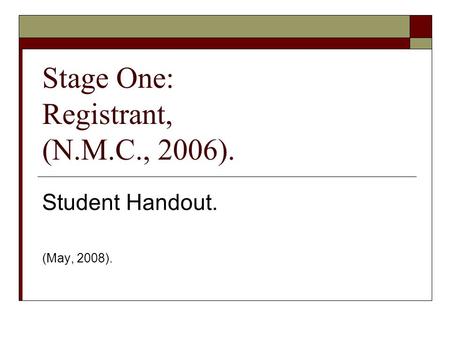 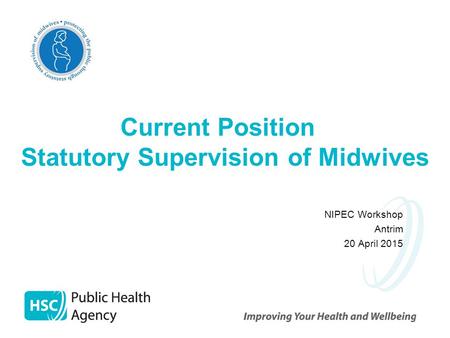