Presentation on theme: "Confucianism The Philosophy Explained. 551 – 479 B.C.E. Born in the feudal state of Liu as Kong Fuzi into a family of low-ranking nobles during the Zhou."— Presentation transcript:

2 551 – 479 B.C.E. Born in the feudal state of Liu as Kong Fuzi into a family of low-ranking nobles during the Zhou Dynasty. Became a teacher and editor of books. The philosophy of Confucianism is based on his sayings and teachings.

4 The single most important Confucian work. After his death, Confucius’s followers compiled his sayings and teachings into a book called the “Analects.” In Chinese, it means “conversation.” Focus on practicalities of interpersonal relationships and the relationship of the role of rulers and ministers to the conduct of government.

8 Main Tenets of Confucianism The Sacred Past: Confucius believed people should study the past to understand how to behave and be virtuous. The Social Code (Relationships): Political relationships are like family relationships, but larger. Rulers should behave toward their subjects they way fathers do with their children. Certain rituals of the past should be followed with this code. Self-Improvement: Strive to become a virtuous man. If all become virtuous, there will be harmony in society.

9 The Key Relationships: Ruler and Minister/Subjects Father and Son Elder brother and younger brother Husband and wife Friend and Friend - Added later by the followers of Confucius

10 Ruler and Subject To govern is to correct. If you set an example be being correct, who would dare to remain incorrect? The Master said about government, “Encourage the people to work hard by setting an example yourself. Do not allow your efforts to slacken.” In serving one’s lord, one should approach one’s duties with reverence (respect) and consider one’s pay as of secondary importance. Confucius say…

11 Father and Son Being good as a son and obedient as a young man is, perhaps, the root of a man’s character. Honor your parents and make your brothers friends – this too is good government Everyone speaks up for his own son whether he is talented or not Nowadays for a man to be filial means no more than that he is able to provide his parents with food. Even hounds and horses are, in some way, provided with food. If a man shows no reverence (respect), where is the difference? Confucius say…

12 Elder Brother and Younger Brother What a good son Min Tzu-ch’ien is! No one can find fault with what his parents and brothers have to say about him. Ju Yu asked the Master, “Should one immediately put into practice what one has heard?” “As your father and elder brothers are still alive, you are hardly in a position immediately to put into practice what you have heard. Confucius say…

13 Husband and Wife In one’s household, it is the women and the small men that are difficult to deal with. If you let them get too close, they become insolent (disrespectful). If you keep them at a distance, they complain. Confucius say…

14 Friend to Friend Make it your guiding principle to do your best for others and to be trustworthy in what you say. Do not accept as friend anyone who is not as good as you. When you make a mistake do not be afraid of mending your ways. Is it not a joy to have friends come from afar? A gentleman makes friends through being cultivated, but looks to friends for support in benevolence (goodwill). This relationship was added after the death of Confucius. Confucius say…

16 the Confucian Virtues Ren – Be polite. Li – Have good manners. Shu – Think of others. Wen – Be cultured. Xiao – Filial Piety (Respect your elders)

17 Filial Piety This is the MOST important Confucian duty. Follow the teachings of the elders and the elders have the duty to teach the young. Confucius taught to worship one’s parents while they were living and honor them after their death.

18 Honoring the Ancestors Confucius stated that the afterlife was beyond human comprehension. Ancester worship is one of the oldest practiced traditions in China that pre-dates Confucius. Filial Piety, to Confucius, is about the living.

Download ppt "Confucianism The Philosophy Explained. 551 – 479 B.C.E. Born in the feudal state of Liu as Kong Fuzi into a family of low-ranking nobles during the Zhou." 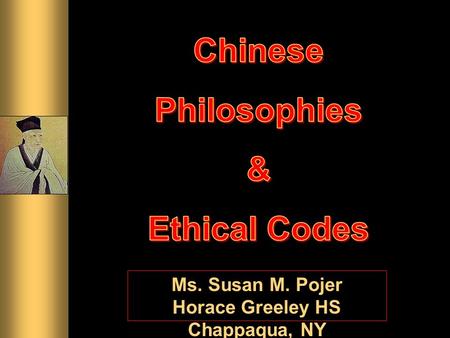 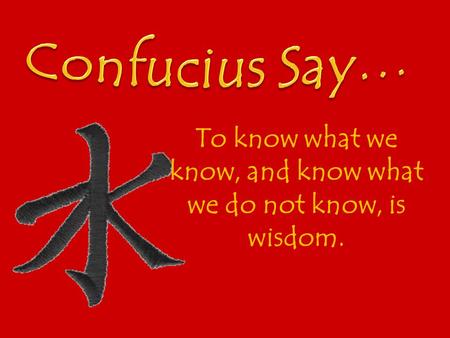 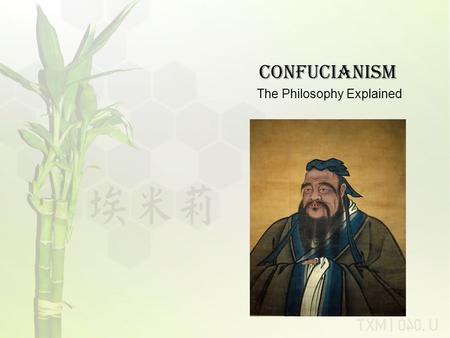 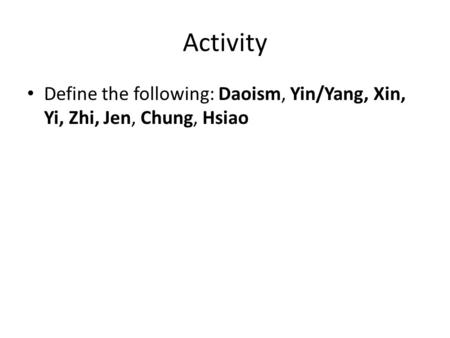 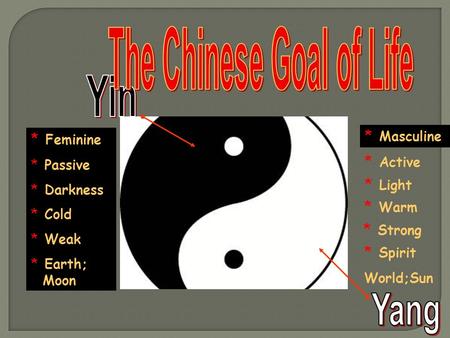 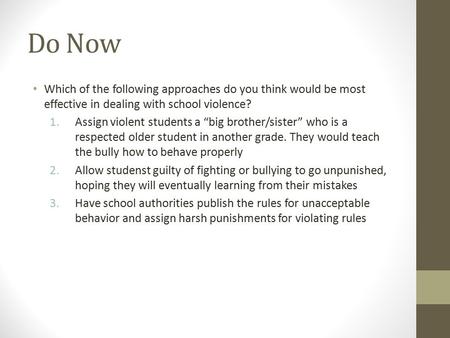 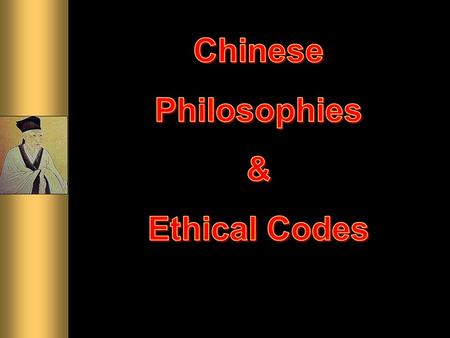 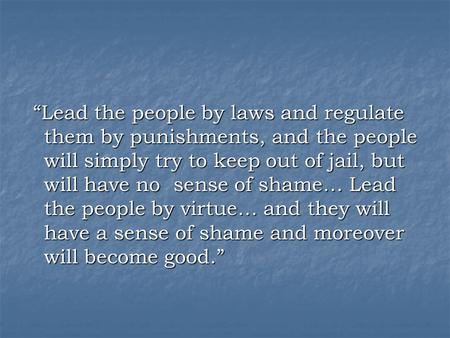