2 Posterior Abdominal Wall
Bony structures: Five lumbar vertebrae and their intervertebral discs in the midline and the 12th ribs and upper part of the bony pelvis (ilium) laterally B. Muscular structures: psoas muscles, quadratus lumborum muscles, aponeuroses origin of transversus abdominis muscles, posterior part of diaphragm and iliacus muscles that lie in the upper part of the bony pelvis.

3 Psoas Major Origin: roots of transverse processes, sides of vertebral bodies, and intervertebral discs, from the 12th thoracic to the 5th lumbar vertebrae. Insertion: lesser trochanter of femur. Muscle fibers run downward and laterally and leave the abdomen to enter the thigh behind the inguinal ligament. The psoas is enclosed in a fibrous sheath that is derived from the lumbar fascia. The sheath is thickened above to form the medial arcuate ligament. Nerve supply: by lumbar plexus. Action: flexes the thigh at the hip joint on the trunk, or if the thigh is fixed, it flexes the trunk on the thigh.

4 Quadratus Lumborum It is a flat, quadrilateral-shaped muscle that lies alongside vertebral column. Origin: iliolumbar ligament, adjoining part of iliac crest, and tips of transverse processes of lower lumbar vertebrae. Insertion: into the lower border of the 12th rib and the transverse processes of the upper four lumbar vertebrae. The muscle fibers run upward and medially and its anterior surface is covered by lumbar fascia, which is thickened above to form the lateral arcuate ligament and below to form the iliolumbar ligament. Nerve supply: This muscle is supplied by the lumbar plexus. Action: It fixes or depresses 12th rib during respiration and laterally flexes vertebral column to the same side.

5 Iliacus Fan shaped muscle Origin: upper part of iliac fossa. Insertion: lesser trochanter of femur because its fibers join lateral side of psoas tendon. combined muscles are often referred to as the iliopsoas. Nerve supply: femoral nerve, a branch of the lumbar plexus. Action: iliopsoas flexes the thigh on the trunk at the hip joint, or if the thigh is fixed, it flexes the trunk on the thigh.

9 Surface Abdominal Landmarks
Xiphoid Process: palpated in the depression where costal margins meet in the upper part of the anterior abdominal wall. The xiphisternal junction lies opposite the body of the ninth thoracic vertebra (T9). Costal Margin: curved lower margin of thoracic wall and is formed in front by cartilages of 7th, 8th, 9th & 10th ribs and behind by cartilages of 11th & 12th ribs. The costal margin reaches its lowest level at the 10th costal cartilage, which lies opposite the body of third lumbar vertebra (L3).

10 Surface Abdominal Landmarks
Iliac Crest can be felt along its entire length from anterior superior iliac spine to posterior superior iliac spine. Its highest point lies opposite body of fourth lumbar vertebra (L4) Pubic Tubercle a small protuberance along superior surface of pubis. Symphysis Pubis midline cartilaginous joint Between bodies of the pubic bones and felt as a solid structure beneath the skin in the midline at the lower extremity of the anterior abdominal wall.

11 Surface Abdominal Landmarks
Inguinal Ligament It lies beneath the groin skin crease. It is attached laterally to the anterior superior iliac spine and curves downward and medially, to be attached to the pubic tubercle. Superficial Inguinal Ring The superficial inguinal ring is a triangular aperture in the aponeurosis of the external oblique muscle and is situated above and medial to the pubic tubercle.

12 Surface Abdominal Landmarks
Linea Alba: is a vertically running midline fibrous band that extends from symphysis pubis to xiphoid process. It is formed by fusion of aponeuroses of anterior abdominal wall muscles. Umbilicus: is a puckered scar in linea alba that represent site of attachment of umbilical cord in the fetus. It is inconstant in position. Tendinous Intersections of the Rectus Abdominis: are three in number running across rectus abdominis muscle at the level of tip of xiphoid process, umbilicus and halfway between them. Linea Semilunaris: is the lateral edge of rectus abdominis muscle & crosses costal margin at tip of ninth costal cartilage.

15 Abdominal Hernias Hernia: is a protrusion of part of abdominal contents beyond normal confines of abdominal wall. It consists of 3 parts: sac, contents of the sac & coverings of the sac. A. Hernial sac is a pouch (diverticulum) of peritoneum and has a neck and a body. B. Hernial contents may consist of any structure found within the abdominal cavity and may vary from a small piece of omentum to a large viscus such as the kidney. C. Hernial coverings: layers of abdominal wall through which hernial sac passes. Abdominal hernia types: Inguinal (indirect or direct) Hernia Femoral Hernia Umbilical (congenital or acquired) Hernia Epigastric Hernia Separation of the recti abdominis Hernia Incisional Hernia Hernia of linea semilunaris (Spigelian hernia) Lumbar (Petit's triangle hernia) Internal Hernia

17 Abdominal Hernias Direct Inguinal Hernia
about 15% of all inguinal hernias, rare in women and most are bilateral Acquired type, It is a disease of old men with weak abdominal muscles. Hernial sac of bulges directly anteriorly through posterior wall of the inguinal canal medial to inferior epigastric vessels. Neck of the hernial sac is wide because of presence of strong conjoint tendon, this hernia is usually nothing more than a generalized bulge.

18 Abdominal Hernias Femoral Hernia Femoral hernia is more common in women. Hernial sac descends through femoral canal within the femoral sheath, creating a femoral hernia. Femoral canal is a compartment for the lymphatics and occupies the medial part of the sheath. Its upper opening is referred to as the femoral ring. Femoral septum is a condensation of extraperitoneal tissue that plugs the opening of the femoral ring. On escaping through the lower end of femoral canal, it expands to form a swelling in the upper part of the thigh. Neck of hernia lies below & lateral to the pubic tubercle at femoral ring; which serves to distinguish it from an inguinal hernia. 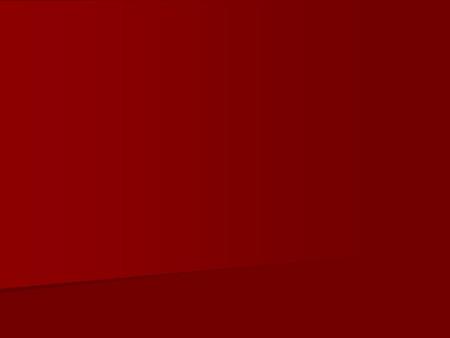 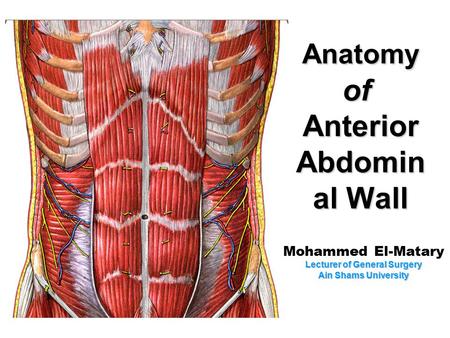 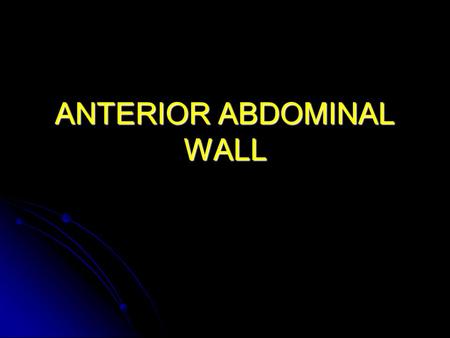 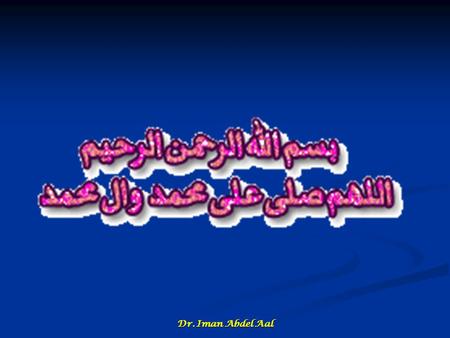 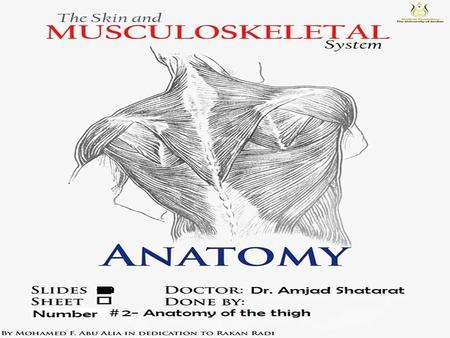 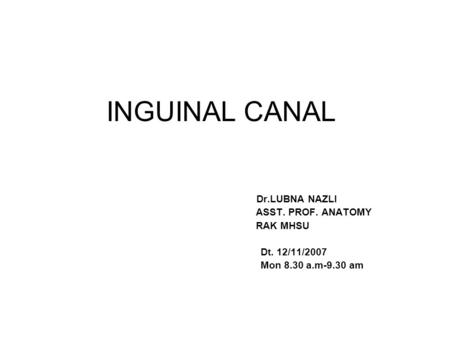 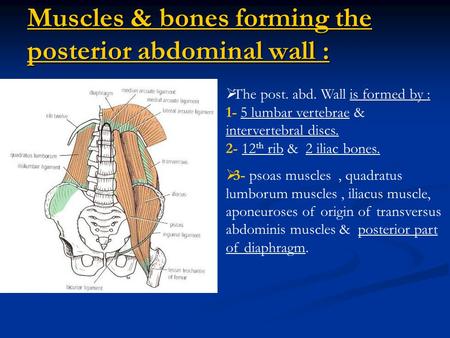 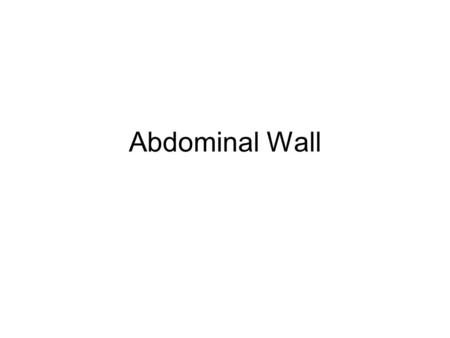 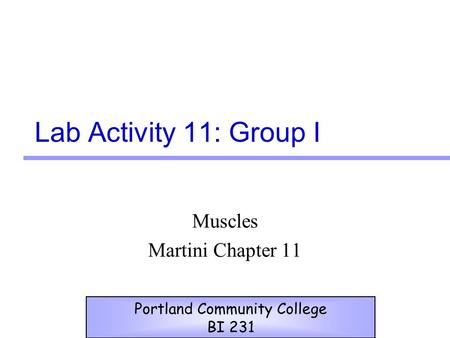 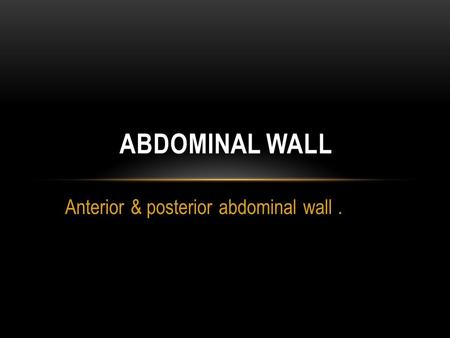 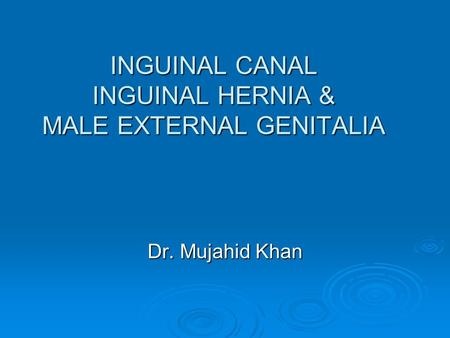 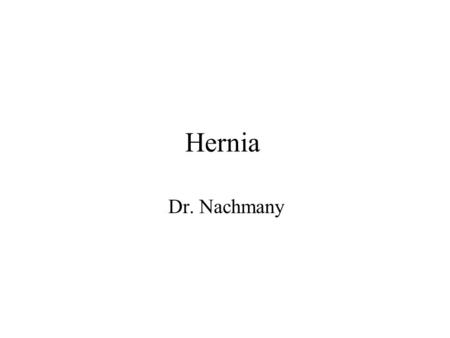 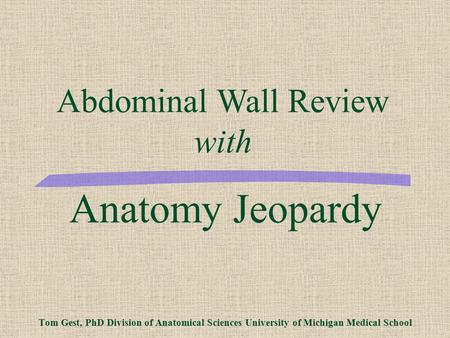 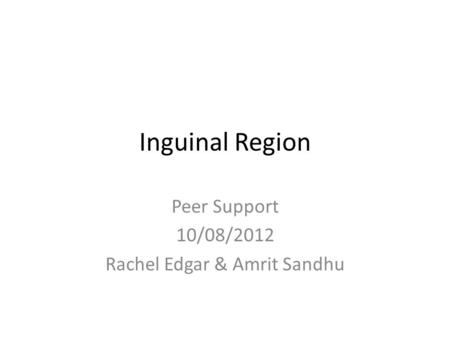