2 Interactions of Skeletal Muscles
Skeletal muscles work together or in opposition Muscles only pull (never push) As muscles shorten, the insertion generally moves toward the origin Whatever a muscle (or group of muscles) does, another muscle (or group) “undoes”

4 Naming Skeletal Muscles
Number of origins – e.g., biceps (two origins) and triceps (three origins) Location of attachments – named according to point of origin or insertion Action – e.g., flexor or extensor, as in the names of muscles that flex or extend, respectively

6 Major Skeletal Muscles: Anterior View
The 40 superficial muscles here are divided into 10 regional areas of the body *Note: You are not responsible for knowing all of the muscles in these slides. You will be given a lab guide with the specific muscles you will be required to know. (51 of them.) Figure 10.4b

7 Major Skeletal Muscles: Posterior View
The 27 superficial muscles here are divided into seven regional areas of the body Figure 10.5b

8 Muscles of the Face 11 muscles are involved in lifting the eyebrows, flaring the nostrils, opening and closing the eyes and mouth, and smiling All are innervated by cranial nerve VII (facial nerve) Usually insert in skin (rather than bone), and adjacent muscles often fuse

11 Muscles of Mastication
Figure 10.7a

12 Muscles of Mastication
Figure 10.7b

16 Muscles of the Neck: Head Movements
Figure 10.9a

17 Muscles of the Neck: Head Movements
Figure 10.9b

18 Trunk Movements: Deep Back Muscles
The prime mover of back extension is the erector spinae Erector spinae, or sacrospinalis, muscles consist of three columns on each side of the vertebrae – iliocostalis, longissimus, and spinalis Lateral bending of the back is accomplished by unilateral contraction of these muscles Other deep back extensors include the semispinalis muscles and the quadratus lumborum

20 Trunk Movements: Short Muscles
Four short muscles extend from one vertebra to another These muscles are synergists in extension and rotation of the spine Figure 10.9c

23 Muscles of Respiration: The Diaphragm
Figure 10.10b

24 Muscles of the Abdominal Wall
The abdominal wall is composed of four paired muscles (internal and external obliques, transversus abdominis, and rectus abdominis), their fasciae, and their aponeuroses Fascicles of these muscles run at right and oblique angles to one another, giving the abdominal wall added strength

27 Extrinsic Shoulder Muscles
Muscles of the thorax Anterior: pectoralis major, pectoralis minor, serratus anterior, and subclavius Posterior: latissimus dorsi, trapezius muscles, levator scapulae, and rhomboids These muscles are involved with the movements of the scapula including elevation, depression, rotation, and lateral and medial movements Prime movers of shoulder elevation are the trapezius and levator scapulae

31 Muscles Crossing the Shoulder
Figure 10.14a

34 Muscles Crossing the Shoulder
Figure 10.14a

37 Muscles of the Forearm: Anterior Compartment
These muscles are primarily flexors of the wrist and fingers Figure 10.15a

38 Muscles of the Forearm: Anterior Compartment
Figure 10.15b, c

39 Muscles of the Forearm: Posterior Compartment
These muscles are primarily extensors of the wrist and fingers Figure 10.16a

40 Muscles of the Forearm: Posterior Compartment
These muscles are primarily extensors of the wrist and fingers Figure 10.16b

41 Movements of the Thigh at the Hip: Flexion and Extension
The ball-and-socket hip joint permits flexion, extension, abduction, adduction, circumduction, and rotation The most important thigh flexors are the iliopsoas (prime mover), tensor fasciae latae, and rectus femoris The medially located adductor muscles and sartorius assist in thigh flexion

42 Movements of the Thigh at the Hip: Flexion and Extension
Thigh extension is primarily effected by the hamstring muscles (biceps femoris, semitendinosus, and semimembranosus) Forceful extension is aided by the gluteus maximus

43 Movements of the Thigh at the Hip: Flexion and Extension
Figure 10.19a–c

44 Movements of the Thigh at the Hip: Other Movements
Abduction and rotation are effected by the gluteus medius and gluteus minimus, and are antagonized by the lateral rotators Thigh adduction is the role of five adductor muscles (adductor magnus, adductor longus, and adductor brevis; the pectineus, and the gracilis)

45 Movements of the Thigh at the Hip: Other Movements
Figure 10.20a

46 Movements of the Thigh at the Hip: Other Movements
Figure 10.20b–c

48 Muscles of the Anterior Compartment
These muscles are the primary toe extensors and ankle dorsiflexors They include the tibialis anterior, extensor digitorum longus, extensor hallucis longus, and fibularis tertius Figure 10.21a

49 Muscles of the Lateral Compartment
These muscles plantar flex and evert the foot They include the fibularis longus and fibularis brevis muscles Figure 10.22a

50 Muscles of the Posterior Compartment
These muscles primarily flex the foot and the toes They include the gastrocnemius, soleus, tibialis posterior, flexor digitorum longus, and flexor hallucis longus Figure 10.23a 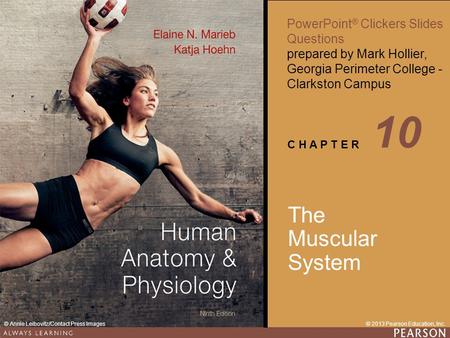 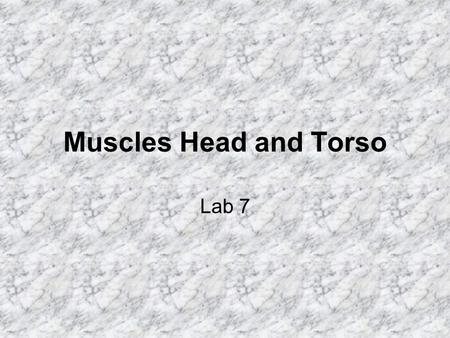 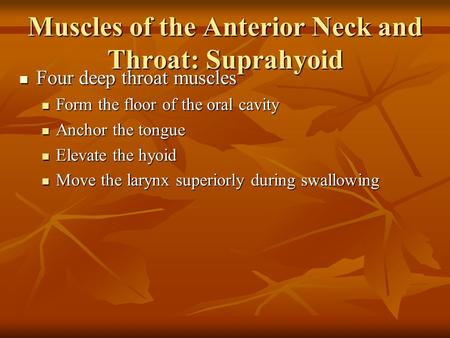 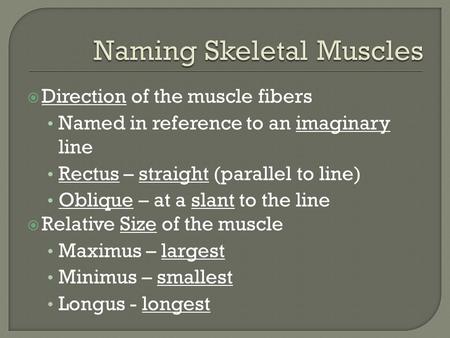 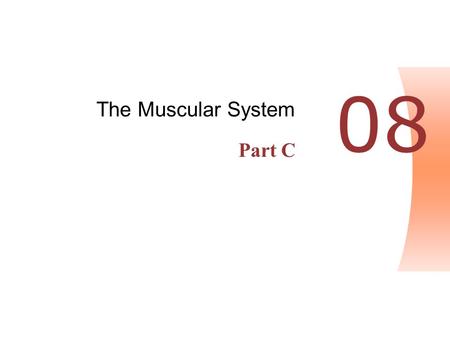 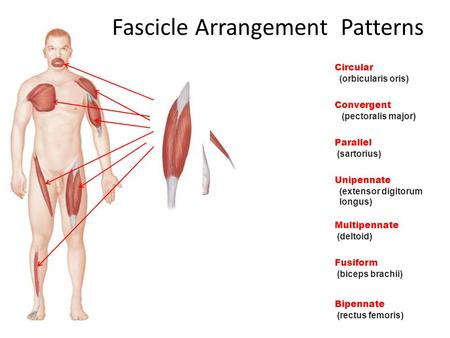 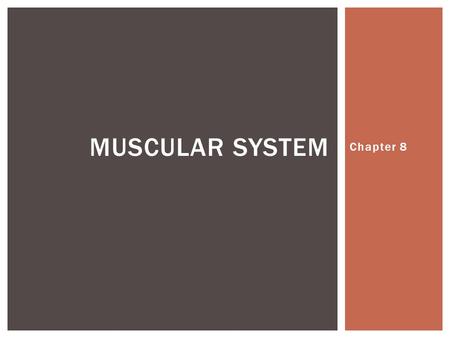 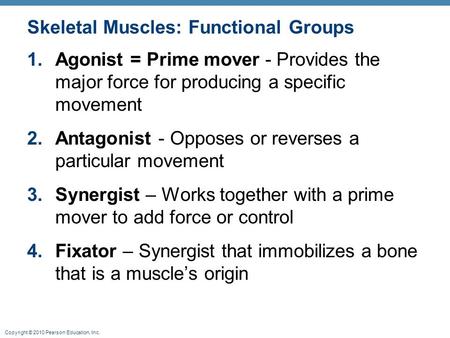 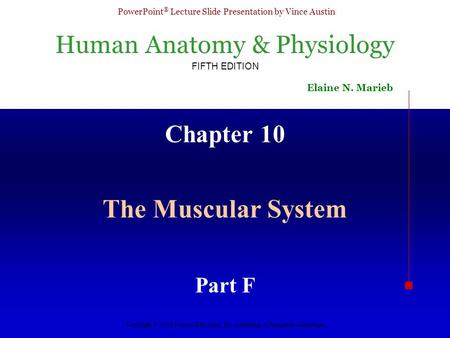 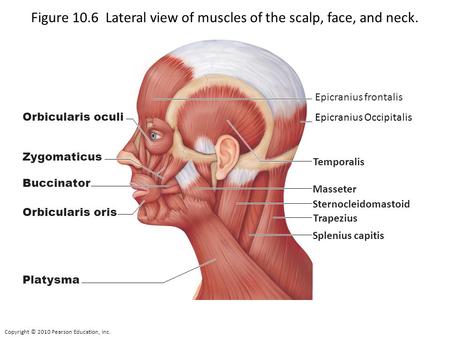 Figure 10.6 Lateral view of muscles of the scalp, face, and neck. 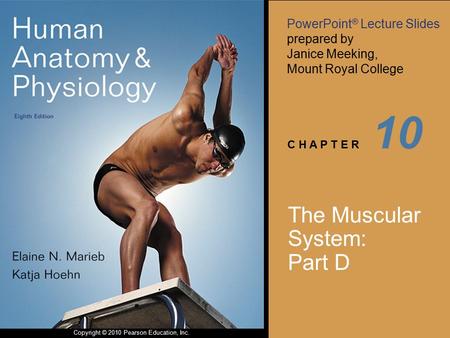 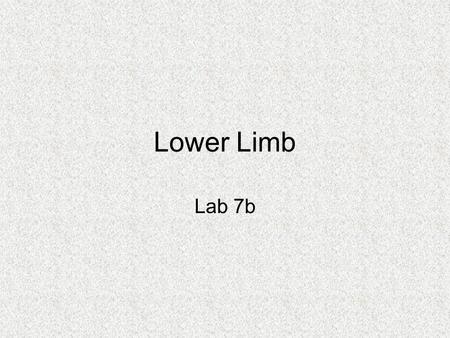 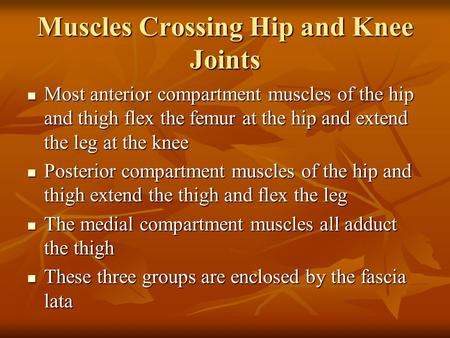 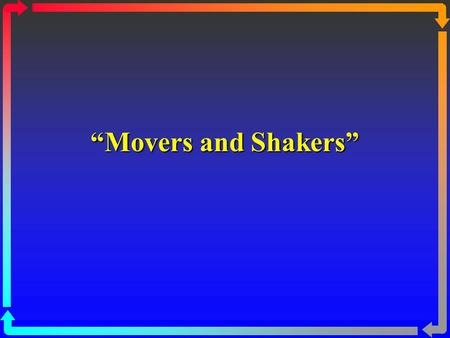 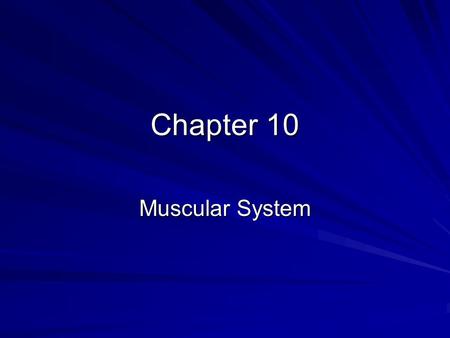 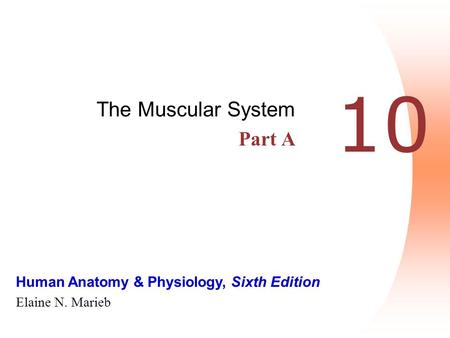 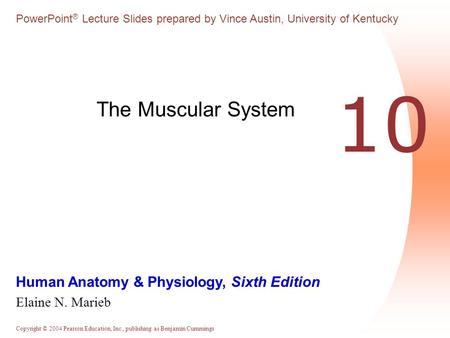 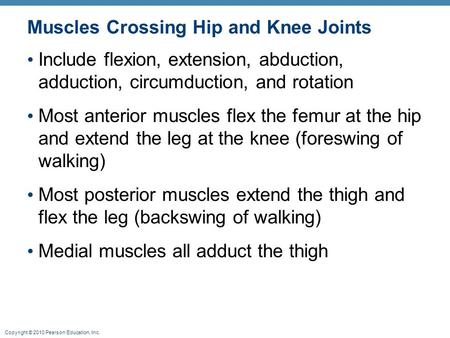 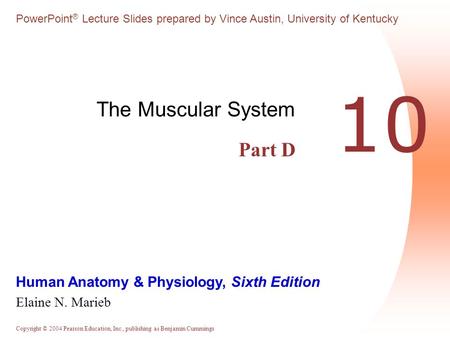 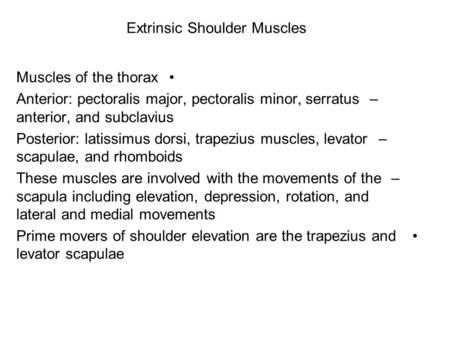