2 Due Process of Law: fair procedures, such as going to court to prove you are guilty.
Due Process of Law is guaranteed in the U.S. Constitution. Examples: Jury Trial Tried in public without undue delay – case should happen as fast as possible We can confront and cross-examine witnesses against us. We can plead the 5th – refuse to testify against myself

3 Right to Trial by Jury

4 Jury trials are not required for certain minor offenses – generally, those punishable by less than six months in prison. Defendants can WAIVE, or give up, their right to a jury trial and instead have their case heard by a judge (BENCH TRIAL)

5 JURORS: Usually selected from voter registration, tax lists, drivers licenses and are supposed to be representative of the community. In federal courts, juries consist of 12 persons; and must reach a unanimous decision. U.S. Supreme Court requires states to have at least 6 jurors; does not have to be unanimous unless a criminal case.

6 HOW JURORS ARE CHOSEN TO BE ON THE JURY:
Voir Dire: This is how the prosecutor and defense attorneys choose which jurors they want to sit on the jury THEY DO THIS BY: Asking prospective jurors questions to determine if they are biased or not. Either lawyer can request that a potential juror be eliminated for some specific reason – THIS IS CALLED, for-cause challenge. Example, the juror is brothers with the defendant. Peremptory challenge: when a lawyer asks for a juror to be removed without giving a specific reason.

7 Sixth Amendment: guarantees a right to trial by jury.
CANNOT exclude a juror based solely on race, gender, or national origin.

8 Right to a Speedy and Public Trial

10 If a person does not receive a speedy trial the case may be dismissed.
However, defendants often waive their right to a speedy trial because of the unavailability of witnesses or because they need more time to prepare their case. Before dismissing the case, courts will consider the cause and reasons for the delay and whether the defendant was free on bail or in jail during the period.

13 Compulsory Process = obtaining witnesses
THIS means that the defendant can get a subpoena – a court order – requiring a witness to appear in a court to testify. Without this basic right to a compulsory process, defendants would have great difficulty establishing a defense. The Sixth Amendment provides people accused of crimes the right to confront (be face to face with) the witnesses against them and to ask them questions by way of cross-examination.

15 The right to confrontation between the defendant and witness are sometimes modified for child witnesses, especially in abuse cases. Closed-circuit television cameras so the child can testify in a separate room.

17 Freedom from self-incrimination means that you cannot be forced to testify against yourself in a trial. Fifth Amendment: guarantees that accuses persons may refuse to answer questions on the grounds that the answers might tend to incriminate them. This right can be exercised in all criminal cases.

18 Immunity: means a witness cannot be prosecuted based on information provided in a testimony.
A person with immunity must answer ALL questions – even those that are incriminating.

19 RIGHT TO AN ATTORNEY

20 Sixth Amendment: provides that “In all criminal prosecutions, the accused shall enjoy the right to…have Assistance of Counsel in his defence.” In 1938, the U.S. Supreme Court decided a case that required the federal courts to appoint attorneys for indigent defendants – those without financial means – in all federal felony cases.

21 Gideon v. Wainwright (1963): The U. S
Gideon v. Wainwright (1963): The U.S. Supreme Court extended the right to counsel to ALL felony defendants, whether in state or federal court. In 1972, the U.S. Supreme Court further extended this ruling by requiring that no imprisonment may occur, even in a misdemeanor case, unless the accused is given an opportunity to be represented by an attorney. HAVING A LAWYER IS A BASIC RIGHT TO HAVING A FAIR TRIAL.

23 The Fifth Amendment’s DOUBLE JEOPARDY means that a defendant cannot be prosecuted a second time for the same offense after either an acquittal or a conviction.

24 Defendants who think they have been wrongly convicted have options:
Defendant can ask the judge to overturn the jury's decision – declaring a mistrial, and ask for a new trial. The defendant can also appeal to a higher court. An appeal requests that a higher court review and change the decision of the trial court. In the appeal, the defendant can challenge either the conviction or the sentencing decision.

25 The Appeal: WHY CHANGE LAWYERS FOR AN Appeal:
Sometimes a defendant may hire a different lawyer for the appeal; because not all lawyers who do trial work do appellate work. OR, because the defendant (appellant) does not feel they received effective assistance from their lawyer. The Public Defender’s Office may not have appellate lawyers.

26 Appellate Court: If the appellate court decides that the legal errors are of a minor nature, the outcome from the trial court will not be overturned. We have a right to a fair trial not a perfect trial.

27 In addition to appeals, the defendant may also…
Apply to a court for help by seeking a writ, which is an order from a higher court to a lower court or to a government official, such as a warden of a jail or prison. A writ can sometimes be used when an appeal could not be.

30 Appellate Courts determine questions of law not guilty or innocent.
IN order to win an appeal: The defendant, is now called the petitioner or appellant – and must convince the appeals court 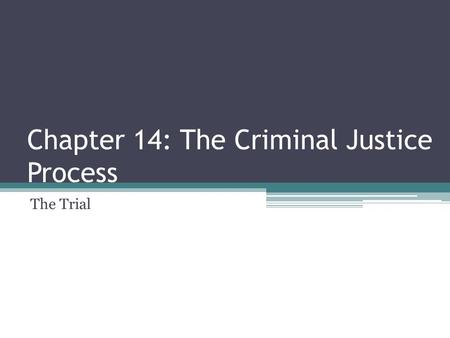 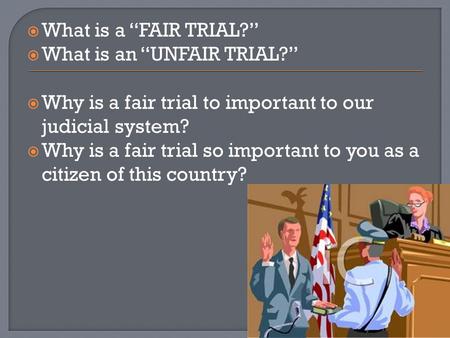 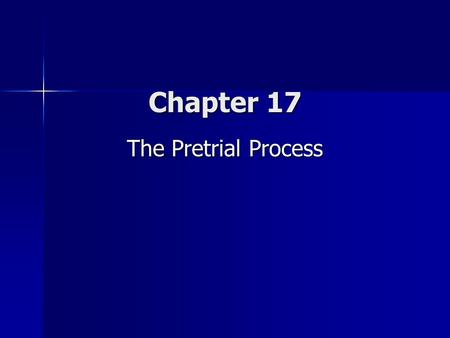 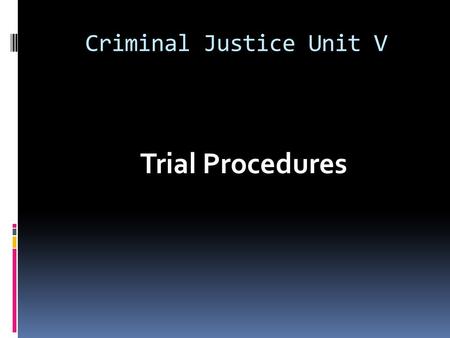 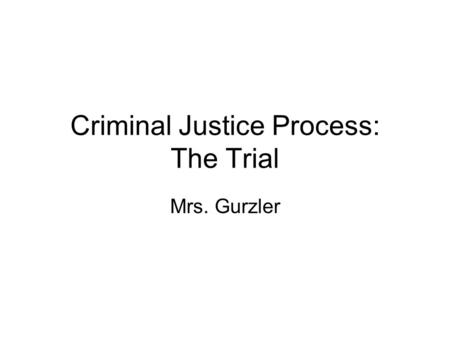 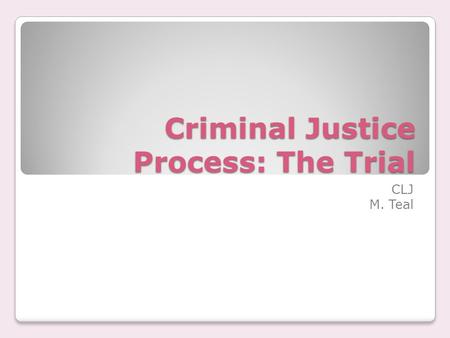 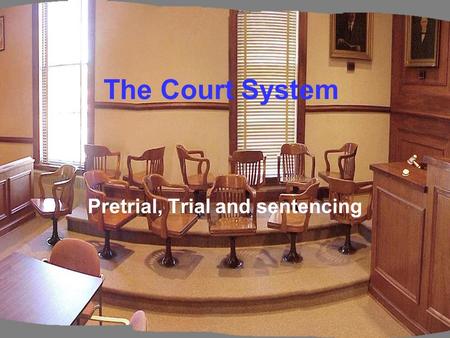