3  Love songs were usually performed by court minstrels –Notation lacks rhythm, but they were probably performed with a regular meter and clearly defined beat – differ from Gregorian chant –Why do you think?

7 POLYPHONY: ORGANUM  Organum – medieval music that consists of a Gregorian chant and one or more additional melodic lines  Between 700-900, first steps taken –Originally, a second melodic line was improvised, usually just duplicating the melody on a different pitch –Two lines moved in parallel motion in fourths or fifths

12  At first, rhythm was all in threes – representing the Holy Trinity

14 YOUR TURN  Homework: Using the staff paper provided, compose a two-part organum. –Start and end each voice on the same pitch. –Should have at least 8 notes in the bottom voice, –At least 18 notes in the top voice 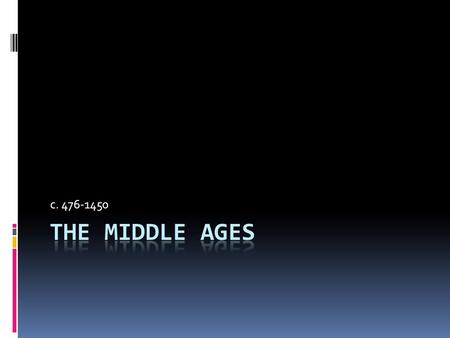 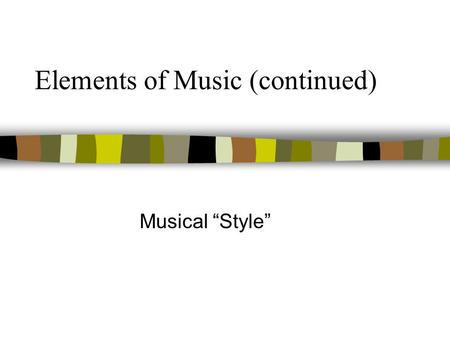 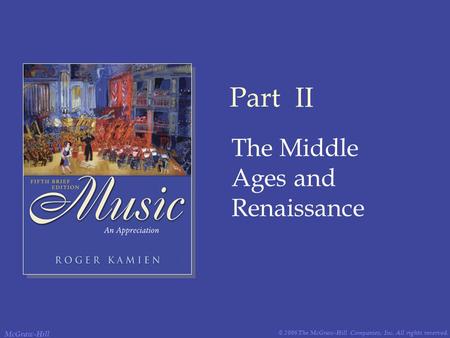 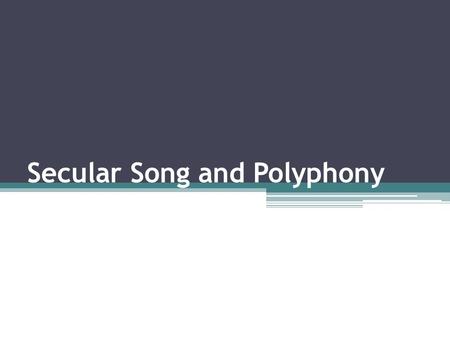 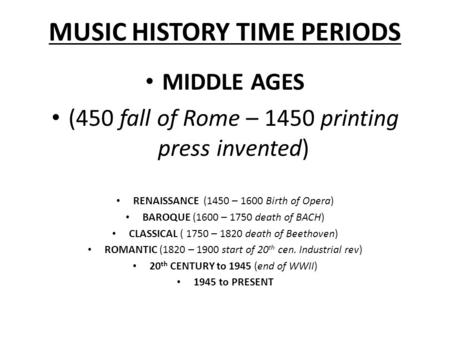 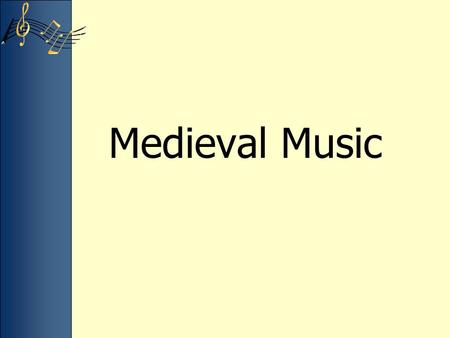 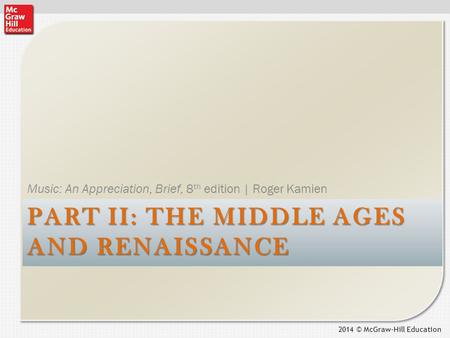 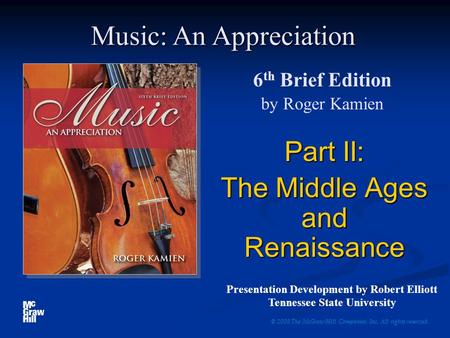