2 from Barrio Boy by Ernesto Galarza

3 What is prose? Prose is the ordinary form of written language.
Most writing that is not poetry, drama, or song is considered prose. Prose is one of the genres, or forms, of literature and occurs both in fiction and nonfiction.

5 Ernesto Galarza At eight, migrated to Sacramento, California worked as a farm laborer became one of the 1st poor Mexican-Americans to complete college M.A. from Stanford in 1929 Ph.D. in history from Columbia University in 1944 Returned to California organized unions for farm laborers joined effort to create the 1st multiracial farm worker union. failed but created the foundation for the United Farm Workers Union of the 1960s. wrote the 1964 Merchants of Labor, on the exploitation of Mexican contract workers, and the 1971 Barrio Boy, about his own childhood nominated for Nobel Prize in Literature in 1976.

6 from Barrio Boy by Ernesto Galarza

10 What is a Barrio? A barrio is a part of a town or city where most of the people are Hispanic.

14 Why does Ernesto Galarza discuss the differences between Lincoln School and his school in Mazatlan?
He wants you to understand how insecure he feels in the new school in the new country.

15 Where do the narrator and his mother go?
Where are they? The boy and his mother have gone to his new school. They have entered the office of Miss Nettie Hopley, the school principal.

21 What have you learned about Ernesto’s classmates?
They come from many different backgrounds and speak different languages.

22 How does Miss Ryan help Ernesto overcome his fear of her?
She helps him learn English and encourages him in front of the class.

23 How does Miss Ryan encourage the students she tutors privately?
She praises their accomplishments in front of the class.

24 What do the details in the paragraph at the top of page 74 tell about each character in the narrative? The details reveal the nationalities of the children and the physical characteristics of a couple of the children.

25 What makes Ernesto similar to several of his classmates?
There are other students in the class that do not speak English.

26 Think again about the difficulties a child might face when moving from another country to the U.S. Are your original ideas similar to the events in the story? What new ideas did you learn? 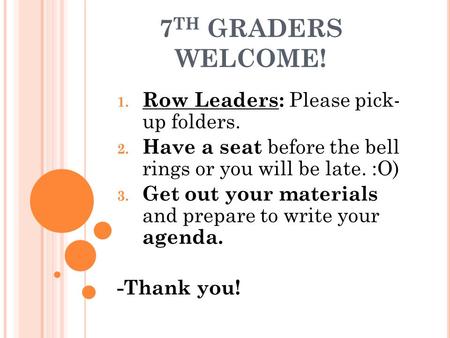 7 TH GRADERS WELCOME! 1. Row Leaders: Please pick- up folders. 2. Have a seat before the bell rings or you will be late. :O) 3. Get out your materials. 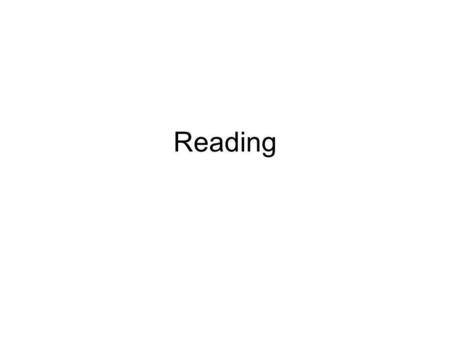 Reading. 1: Is developing an interest in books Scale points 1 – 3 are based on the childrens achievement in their preferred language Looking for child. 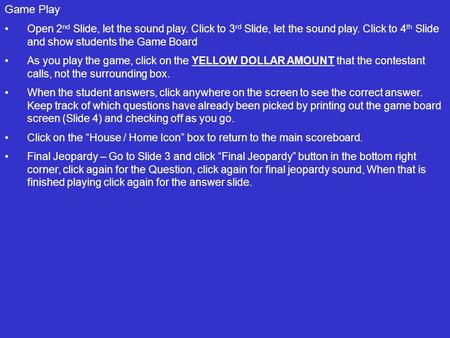 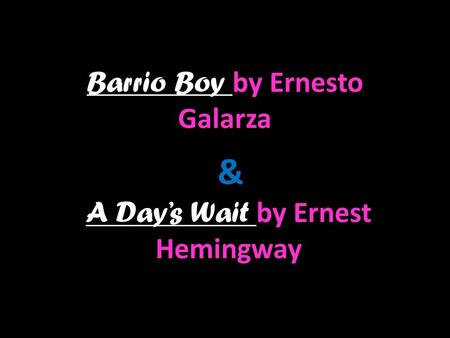 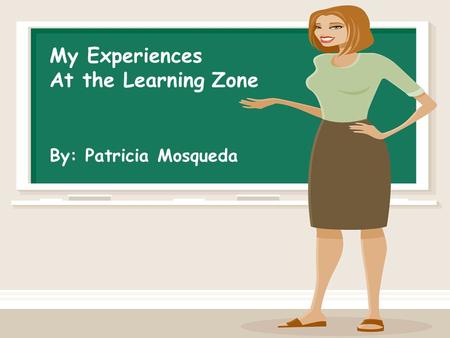 My Experiences At the Learning Zone By: Patricia Mosqueda. 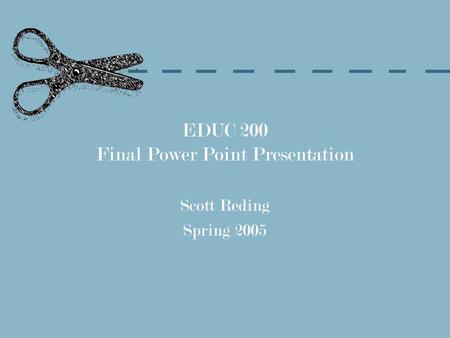 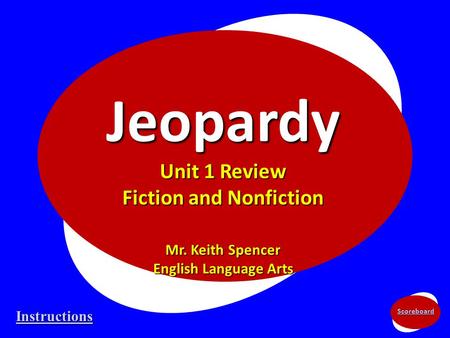 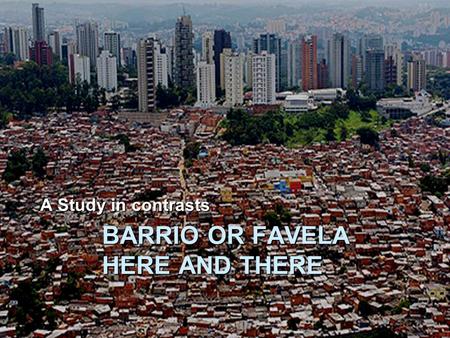 BARRIO OR FAVELA HERE AND THERE A Study in contrasts. 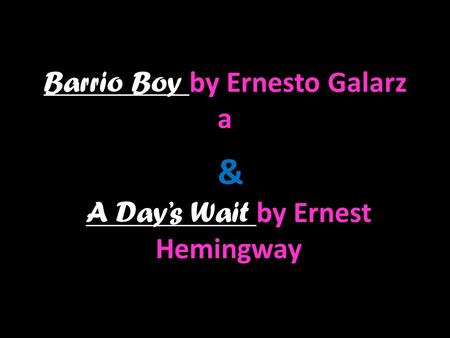 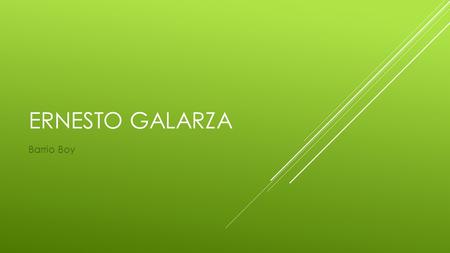 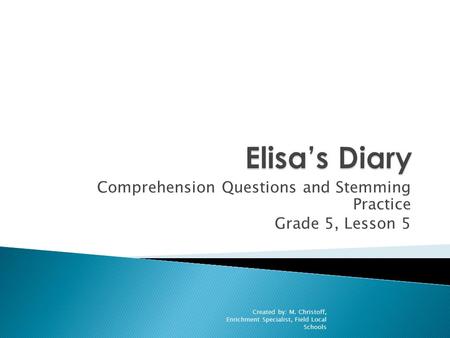 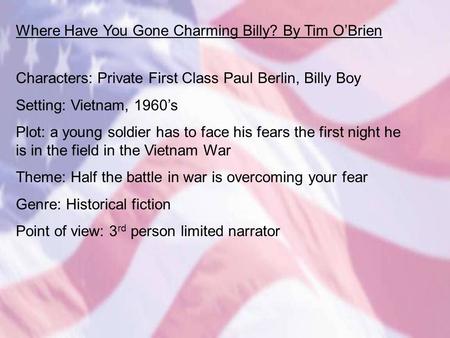 Where Have You Gone Charming Billy? By Tim O’Brien 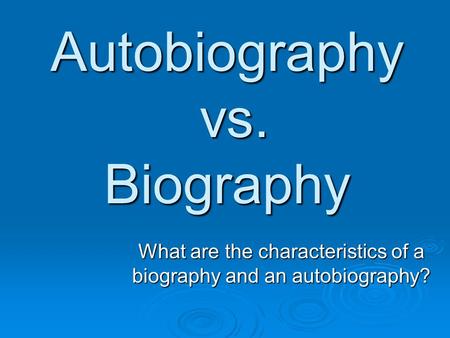 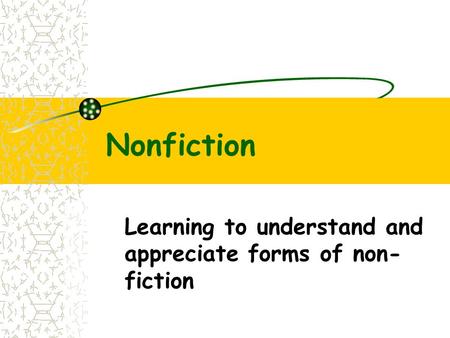 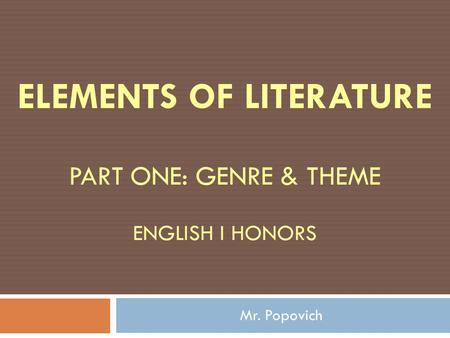 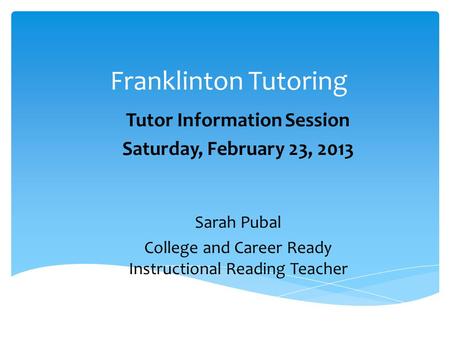 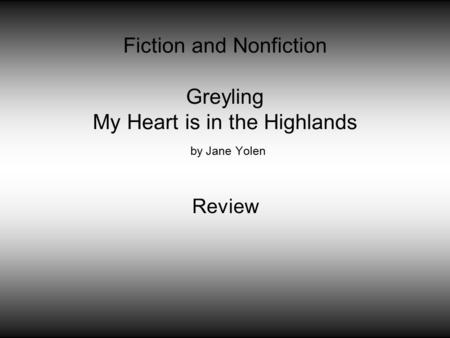