2 The Home of Zacchaeus Jericho Main trade route Winter home of Herod
Beautiful city A. Setting Luke 19:1 1. Jericho a. Jesus was on the way to Jerusalem, where he would be crucified about a week later. b. Jericho was about 18 miles northeast of Jerusalem c. It was a center of prosperity in that day. (1) Located on a main trade route from Perea to Judaea into Egypt (2) The Balm of Gilead was sent through Jericho to all parts of the world d. Jericho had also become the winter home of Herod the Great. (1) There were many beautiful buildings (2) A sunken garden featured some beautiful attractions for Jericho (3) Archaeological ruins of the Roman Jericho produce a picture of magnificence with pools, villas, and a theater 2. This was the home of Zacchaeus - but the glory has long since faded2

3 Publican - tax collector
Roman Empire Tax System Man for certain area Amount of money set Publican - tax collector Raise enough money to pay his wages and then give the government their share! B. The Roman Empire was in control of the land including the city of Jericho 1. The tax system of the Roman Empire was different than our way of today 2. A man would guarantee a certain amount of money from a certain area a. This was all the government would receive from that specific area/province b. That man would appoint a chief publican [tax collector] to gather the money c. Then he would appoint others to help him collect the taxes. d. Each man had to raise enough money to pay his wages and then give the government their share e. This often led to greed and unlawful collection of money - overcharged 3. These tax collectors were not well respected and being a tax collector was associated with being crooked and dishonest 4. The Jews did not like the idea of paying taxes to a foreign government like Rome 5. But when one of their own people, a Jew, became a tax collector, he was not well liked by his own people. Zacchaeus was a Jew. C. On this journey to Jerusalem where Jesus would be arrested and killed he met a man in Jericho who had it all [materially speaking] but something was missing from his life.

8 Zacchaeus I am coming to your house !
1. Jesus told him that he would abide at his house. This probably meant that he would spend the night with him. 2. Jesus often accepted invitations to visit people’s homes and eat with them, but this is the only recorded instance where Jesus invited Himself to someone’s home. a. He had a compelling purpose—He could see in this “sawed-off” little government official, the potential of being a disciple. b. Even though Jesus is bearing the heart-rending burden of the cross, His first thought is not of Himself, but of “lost sheep.” 3. He was a rich man and no doubt had a nice home and place for visitors 4. Jesus was honoring him by requesting to be his guest.

10 IF JESUS CAME TO YOUR HOUSE
If Jesus came to your house to spend a day or two, if He came unexpectedly, I wonder what you'd do? Oh, I know you'd give your nicest room to such an honored guest, and all the food you'd serve to Him would be the very best. And you would keep assuring Him you're glad to have Him there, That serving Him in your home is joy beyond compare. But when you saw Him coming, would you meet Him at the door, with arms outstretched to welcome in your heavenly visitor? 4. Poem - If Jesus Came to Your House

11 IF JESUS CAME TO YOUR HOUSE
Or would you have to change your clothes before you let Him in, or hide some magazines and put the Bible where they'd been? Would you turn off the radio and hope He hadn't heard, and wished you hadn't uttered that last loud nasty word. Would you hide your trashy music and put some hymn books out? Could you let Jesus come right in, or would you rush about? Oh, I wonder if the Savior came to spend a day with you, would you just go on doing all the things you always do?

12 IF JESUS CAME TO YOUR HOUSE
Would you go right on saying the things you always say? Would life for you continue as it does now day to day? Would our family conversation keep up it's usual pace, or would you find it hard each meal to say a table grace? Would you sing the songs you always sing and read the books you read, and let Him know on which the things your mind and spirit feeds? Would you take Jesus with you everywhere you planned to go, or would you maybe change your plans, for just a day or so?

13 IF JESUS CAME TO YOUR HOUSE
Would you be glad to have Him meet with all your closest friends, or would you hope they'd stay away until His visit ends? Would you be glad to have Him stay forever on and on, or would you sigh with great relief when He at last was gone? It might be interesting to know the things that you would do, if Jesus came in person to spend the day with you!

17 Lessons from the life of Zacchaeus
His need of salvation Success [riches] does not equal salvation Matt. 16:26 “what will it profit a man” Sin is the common curse of mankind Rom. 3:23 Salvation is provided by Jesus III. LESSONS WE CAN LEARN FROM THE LIFE OF ZACCHAEUS A. ZACCHAEUS RECOGNIZED HIS NEED OF SALVATION 1. Success, riches in Zacchaeus’ case, was not enough then or now. 2. Matthew 16:26 “For what profit is it to a man if he gains the whole world, and loses his own soul? Or what will a man give in exchange for his soul?” 3. Sin is the common curse of mankind, and salvation is the great equalizer. 4. Observe that after Jesus told Zacchaeus that salvation had come to his house, He said ... In v. 10 “for the Son of Man has come to seek and to save that which was lost.” 5. The first lesson from Zacchaeus is that all need salvation more than wealth and success.

18 Lessons from the life of Zacchaeus Hindrances He Overcame
His Wealth - often lead to indulgence and indifference His Occupation - most expected a publican to be evil His Physical Limitations - Jesus looks at the heart B. HINDRANCES HE OVERCAME 1. His wealth. a. Jesus had just said Luke 18:24-26 “it is easier for a camel to go through a needle’s eye, than for a rich man to enter into the kingdom of God.” b. Far too often riches lead to indulgence and indifference about salvation. c. Matt. 19:16-22 – The rich young ruler d. Luke 12:16-21 “Not rich toward God” e. Riches and material things in and of themselves are not evil; it is the trust one puts in riches which hinders one in being saved. f. Illustration “Rich Toward God” 2. His occupation a. Every Christian should ask, does my job hinder my salvation. Discuss the occupation of a chief publican. (Most expected graft, dishonesty and bribery from such a position.) b. But Zacchaeus, evidently was free from such. c. One may work that which is good, or let a job overcome the good influences of God's Word. 3. His physical limitations: smallness overcome by climbing a tree. a. Anyone thoroughly earnest about their soul will allow nothing to hinder them. b. Jesus looks at the heart--not the outward man.

21 Lessons from the life of Zacchaeus
Blessings he Received “ [God] who desires all men to be saved and to come to the knowledge of the truth.” 1 Tim. 2:4 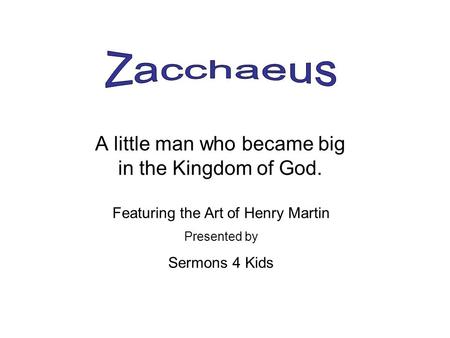 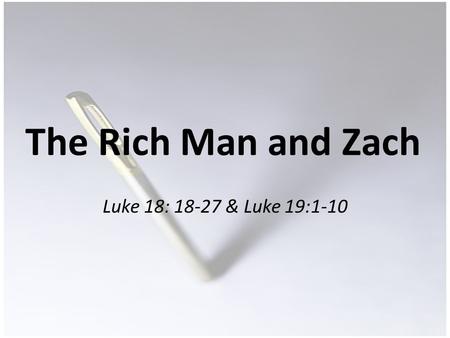 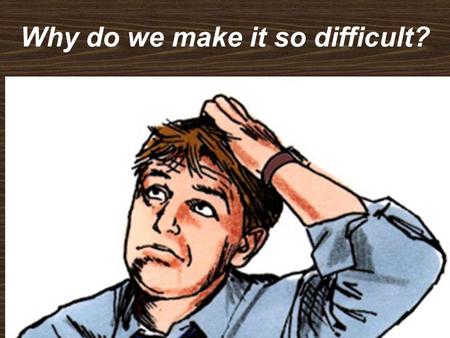 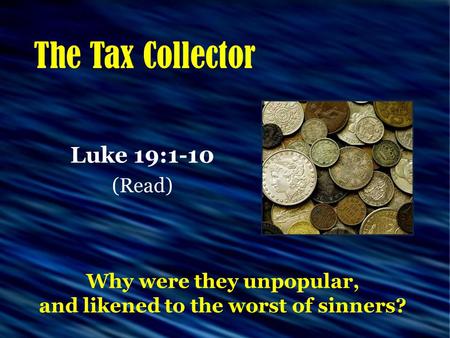 The Tax Collector Luke 19:1-10 (Read) Why were they unpopular, and likened to the worst of sinners? 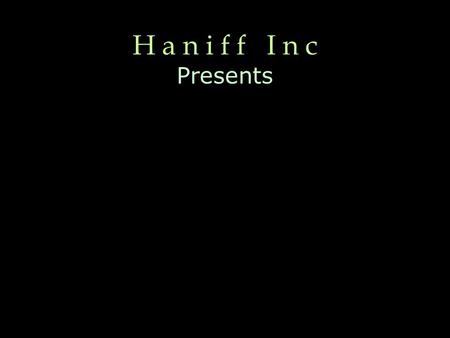 H a n i f f I n c Presents. I Wonder If Rasulullah (S.A.W) visited you, just for a day or two If he came unexpectedly, I wonder what you would do! 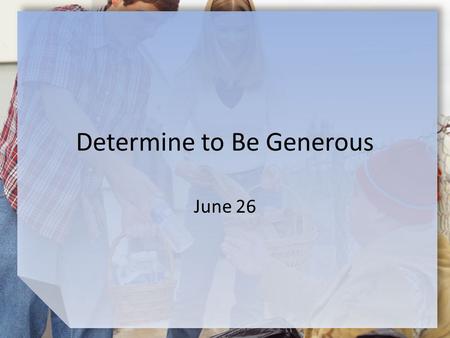 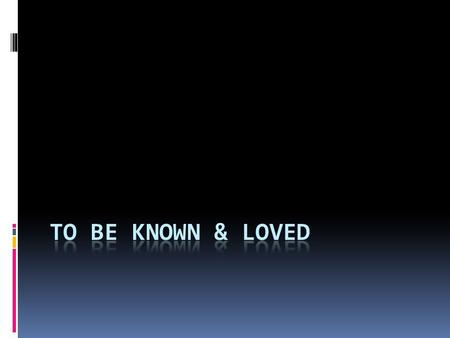 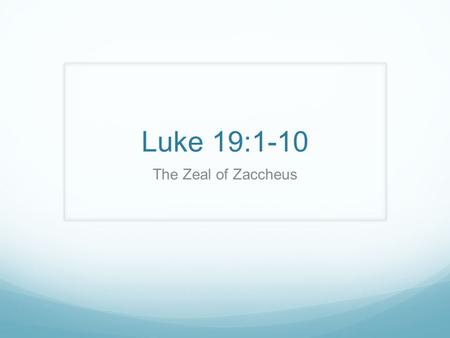 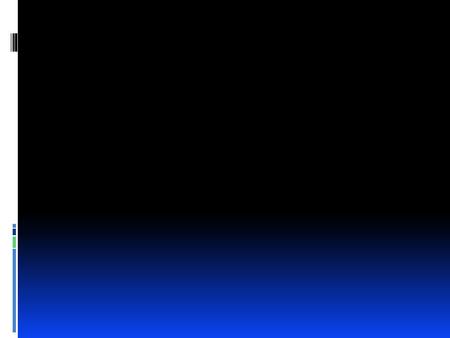 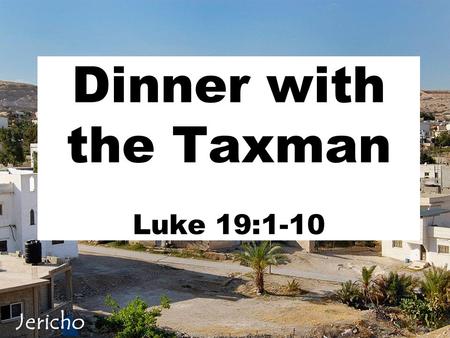 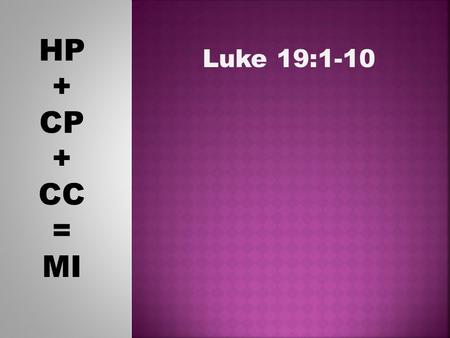 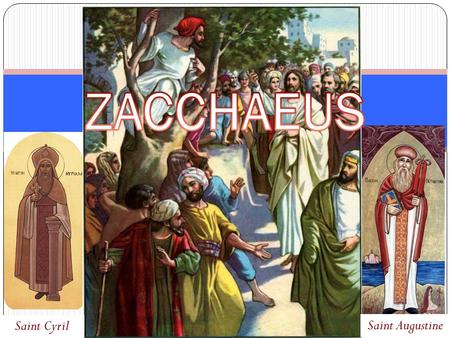 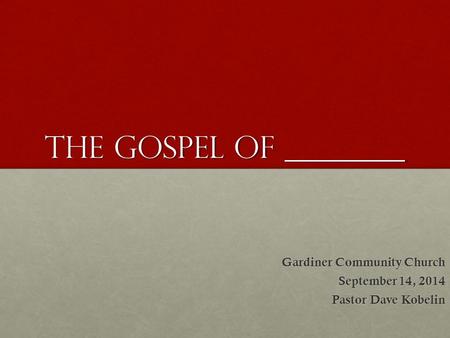 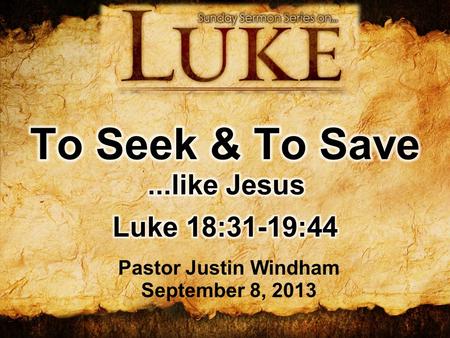 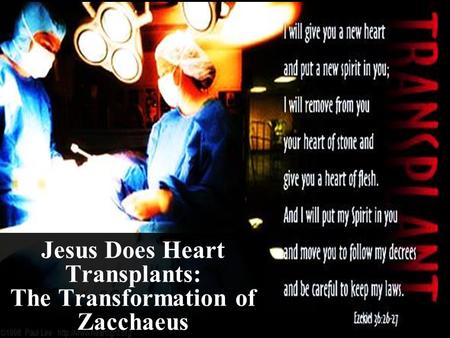