2 Origin of an Empire How the empire began (originated)
By the 500s BC, India was divided into many small kingdoms. Conflict over land and trade weakened the kingdoms  left them open to invasion. Armies from Persia conquer the Indus Valley in the 500s BC and made it part of the Persian Empire Then the Greeks, led by Alexander the Great, defeat Persia. Alexander entered India but turned back in 325 BC when because his troop were homesick and threatened to rebel.

3 India’s First Empire CHANDRA GUPTA MAURYA:
Very strong emperor – ruler/king over an empire After Alexander left India, builds a strong army in India. He conquers northern India and unifies the region under his rule. Becomes the first ruler of the Mauryan dynasty. Sets up a good government Starts an efficient postal system – improves communication throughout his empire.

5 India’s First Empire CHANDRA GUPTA MAURYA:
His powerful army crushed any resistance to his rule Used spies to report any disloyalty among his subjects Was very cautious – afraid of being poisoned, so had servants taste his food before he ate it - afraid of being attacked, so never slept two nights in the same bed

7 Emperor Ashoka Mauryan Emperor Began with fierce wars of conquest
Eventually (soon) came to hate killing After one battle, he looked at the fields covered with dead and wounded soldiers. Became horrified by it Decided to follow Buddhism and became a man of peace For the rest of his life, he tried to improve the lives of his people

8 Emperor Ashoka causes the growth of his empire:
Political Achievements Made laws that encouraged people to do good deeds, practice nonviolence and respect others Created hospitals for people and for animals Build fine roads with rest houses and shade trees for travelers’ comfort The good roads helped India become the center of a large trade network that stretched to the Mediterranean Sea Moral Achievements Promoted Buddhism Made regular visits to rural villages in his empire to find out what they needed Sent teachers to spread the religion throughout India and other parts of Asia Built many stupas = Buddhist shrines shaped like a dome or burial mount Built the “Great Stupa” p. 159 Was tolerant of all beliefs even if it wasn’t Buddhism – allowed Hindus to practice their religion

9 Stupa -- Buddhist shrines shaped like a dome or burial mound

12 Research Questions Research Questions
Why did the Mauryas Empire grow under Ashoka? Describe the political achievements of Emperor Ashoka. What do you think was most important? Why? Describe the moral achievements of the Emperor Ashoka. Which was most important? Why? What is an emperor? What are the names of Indian emperors? How are they different from each other? What is a stupa? How was it different from a ziggurat? a pyramid? a tabernacle? Test on Thursday over ALL notes on Ancient India – check the board for list. 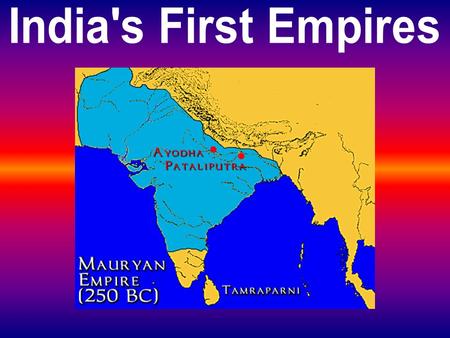 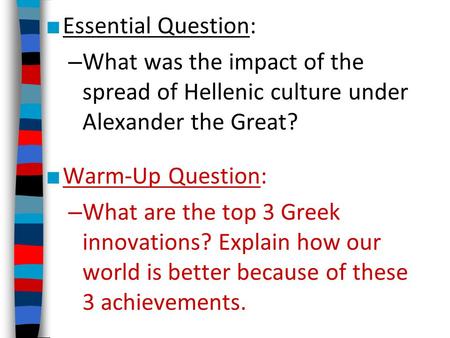 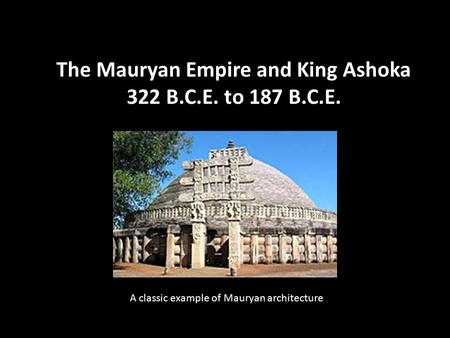 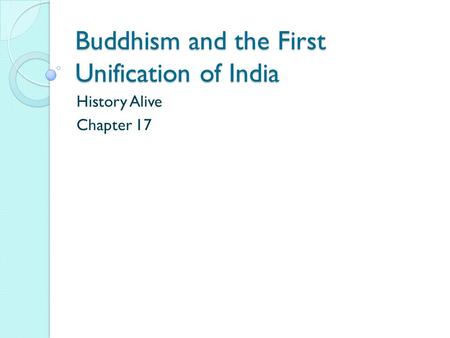 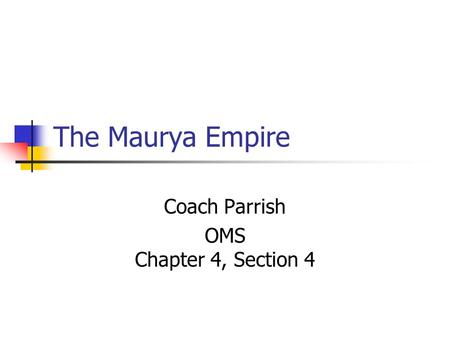