2 I. What is cognitive development?
The process by which our intellectual abilities (problem solving, perception, reasoning, etc.) form & evolve over time.

3 Are cognitions different from behaviors?????
From a behaviorist point of view, cognitions (thoughts, beliefs) are believed to be “actions” and as such are behaviors. The primary difference between cognitions & other overt behaviors that can be seen is the location. Skinner argued that cognitions are really behaviors that occur inside the skin, which he called private events.

4 What are cognitions?? Knowledge Ability Problem Solving
Others include: beliefs, reasoning, perceptions

6 A. Piaget’s theory: Is a stage theory of development.
Examines how children acquire knowledge from birth onward. Examines the processes by which children’s thinking changes over time.

7 Important contributions of Piaget’s theory:
1. Focused on children being active participants in the learning process. 2. Argued that children adapt thinking & learn from their mistakes. 3. Provided a broad-based view of cognitive development in the natural context of the environment. 4. Object permanence.

8 Assumptions of stage theories:
1. Children’s thinking in earlier stages differs qualitatively from their reasoning in later stages. 2. At a given point in development, children reason similarly on many problems. 3. Changes from one stage to the next are marked by an abrupt transition.

9 How do children progress from one stage to another?
Piaget argued that we need to adapt to our environment. Two processes are critical to adaptation: Assimilation & accommodation (mutually influence one another).

10 1. Assimilation: We transform incoming information so that it fits within our existing way of thinking. We add new information to our existing mental framework. (E.g., an infant grasps a new object with same strategy she used for grasping other objects.).

11 2. Accommodation: Adjusting our knowledge (framework) in response to characteristics of an object or event (that is often different from what we’ve encountered). Changing existing mental framework to new information. (E.g., infant changes the way she grasps a new object, based on its shape).

13 1. Sensorimotor: Infants use reflexes to form primitive mental representations of objects & events. Symbolic thought begins, allowing infants to devise strategies for attaining goals & solving problems. Hallmark: Child learns that objects have permanence, even if out of sight (object permanence) by 8 months of age.

16 2. stages in preoperational period:
A. Preconceptual stage (2-4 years): 1. Animistic thinking (the attribution of life to inanimate objects). E.g, a child believing the wind talks to the trees.

17 Conversation between Piaget & a preoperational child demonstrating animalistic thinking:
Piaget: Does the sun move? Child: Yes, when one walks it follows. When one turns around it turns around too. Piaget: Why does it move? Child: Because when one walks, it goes too. Piaget: Why does it go? Child: To hear what we say. Piaget: Is it alive? Child: Of course, otherwise it wouldn’t follow us, it couldn’t shine. (Piaget, 1960, p.215)

18 2. Egocentricity: The child views world from his/her own perspective; can’t see it from others view. The dialogue where the sun follows the child illustrates the child’s sense of egocentric thinking.

19 Piaget’s 3-Mountain Task: egocentrism
Models of 3 mountains of different sizes are placed on a square table & chairs are placed at all four sides of the table. The child is seated in 1 chair, & dolls are placed in the other 3 chairs, 1 at a time. Child is asked what doll sees. Has to select 1 set of drawings or use cardboard cutouts to construct doll’s view. Piaget found kids couldn’t consistently identify dolls’ view from each of the three views until 9-10 yrs old.

20 Criticisms of 3-Mountain Task:
1. Piaget’s Models lacked salient characteristics that could allow kids to differentiate 1 view from the next. 2.  The task of reconstructing the display, or choosing the appropriate drawings may be beyond the ability of a young child. Borke (1975) had child do task, but placed snowcaps, trees, or houses, on the sides of the mountains, to make them more distinctive and also asked kids to rotate a small model of the mountain display so that they could present the correct view, rather than reconstruct the scene from drawings. This resulted in correct performance in kids as young as 3 years.

21 B. Intuitive Stage: Child can solve some problems, but can’t tell you why. Children cannot:  *Perform a seriation task- in which objects are grouped on the basis of a specific dimension (height, length). *Perform class inclusion problems (if child is given 5 toy cats & 3 toy short-haired tabbies (a type of cat) & asked whether there are more cats than tabbies, they can’t do it.

22 Limitations of Preoperational Thought
Preoperational children cannot conserve (matter, liquid,etc.). Conservation—altering an object’s physical appearance, does alter its basic properties. Conservation of liquid task. The experimenter shows a child 2 short wide glasses with the same amount of liquid. Then, the experimenter pours the liquid from 1 of the glasses into a tall & skinny glass. The child is asked which glass contains more & picks the tall glass.

23 2. The Period of Concrete Operations
Learn to perform operations; mentally manipulate representations. Can conserve (number, matter, & liquid). Master concept that operations are reversible & may be organized with other operations into larger systems.

24 3. Period of Formal Operations:
Hallmark- capacity to think abstractly. Learn that operations may be organized into more elaborate systems. (a girl thinking about why she is thinking about thinking) Adolescents realize that the reality they live in, may be one of several realities they could experience.

28 The Zone of Proximal Development:
The difference between a child’s “actual developmental level” & his/her potential as determined by an adult through the child’s interaction with more capable peers & adults. Examines children’s potential during optimal conditions.

29 Overview of Vygotsky’s theory:
1. Focused on importance of social interactions in cognitive development. 2. Social contexts are important in development. 3. Did not specify the processes that govern development nor does it tell us whether they are the same at all 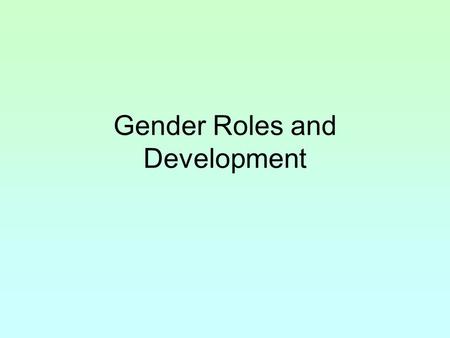 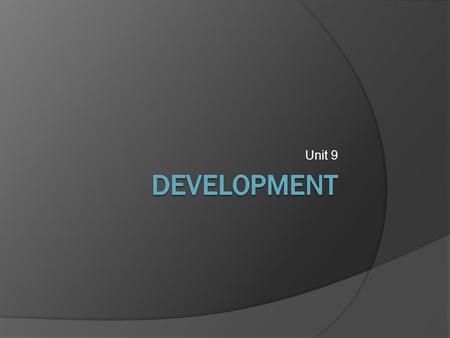