2 Understanding Schemata Activity
Divide into groups of 3 or 4: Each group is assigned a different concept: subway, farm, ranch, wedding, vacation Draw a “semantic network or schema” of the assigned concept. (Refer to the example of a semantic network in Chapter 1, Figure 1.1 of the text.) Please assign the following roles: One person in the group should be the recorder, who draws the schema on chart paper. One person in the group should be the discussion leader, keeping the discussion on task and ensuring that all group members have a chance to contribute. You have about 20 minutes to work. Debrief – 10 to 15 minutes as a whole group

6 Five Language Aspects – Development in Infants and Toddlers - Activity
Each group’s task is to list the linguistically-related behaviors of infants and toddlers that indicate development of that aspect of language knowledge. See handout of chart

7 Phonological Development in Infancy
In utero – can perceive sounds by the 25th week of gestation; at 35 weeks, an infant’s hearing is similar to adults Early infancy – can perceive differences in sounds; prefer human voice over all other sounds; as early as 4 days old prefer mother’s voice Late-infancy - between 8 and 10 months infants pay more attention to phoneme-sound contrasts that exist in home language

10 Ear Infections All too frequent concern
Otitis media – inflammation of middle ear; 85 to 90% experience at least one ear infection by age 6 Second most frequent illness among children in US – first is common cold Speech can be impaired; hearing can be impaired

21 Infant Activities Please begin to explore activities you can create for infants to encourage their language development. 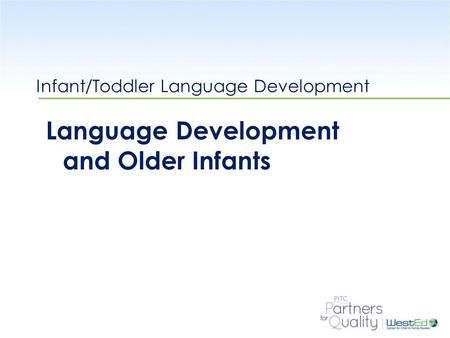 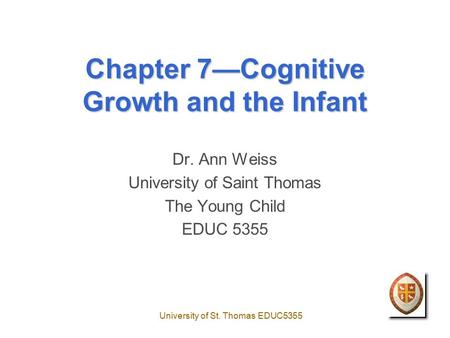 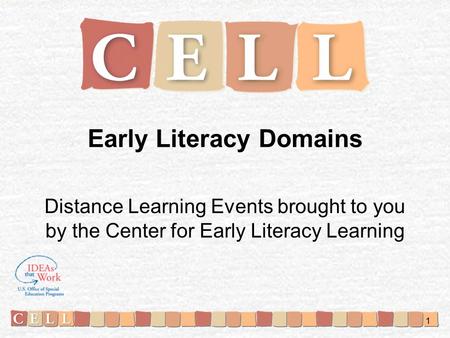 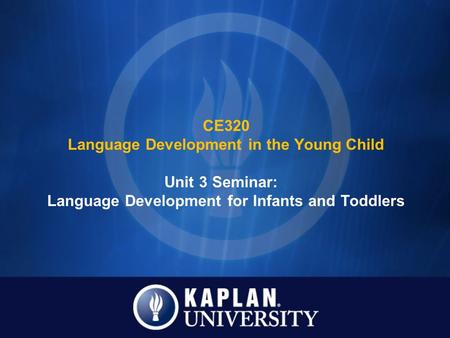 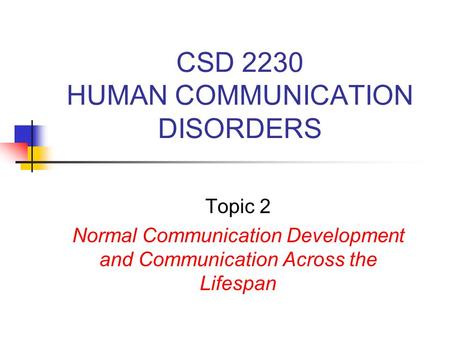 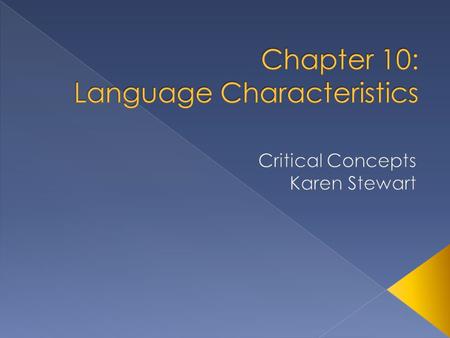 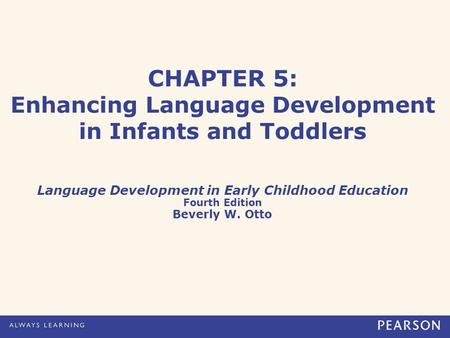 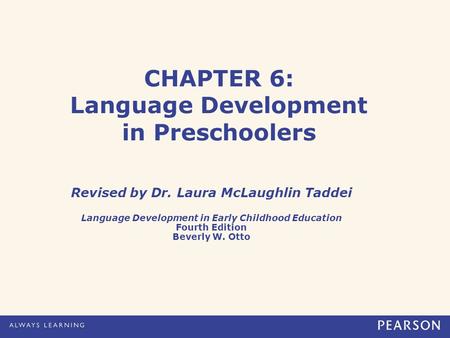 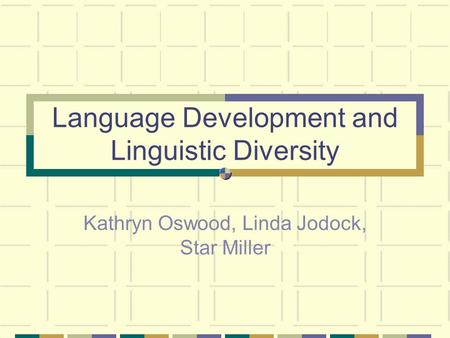 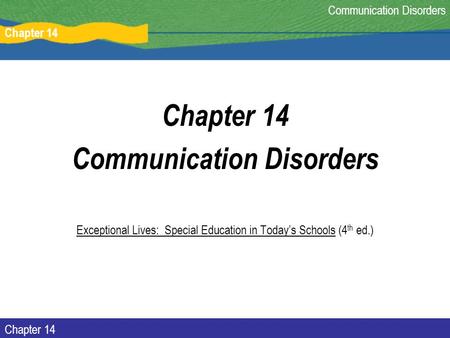 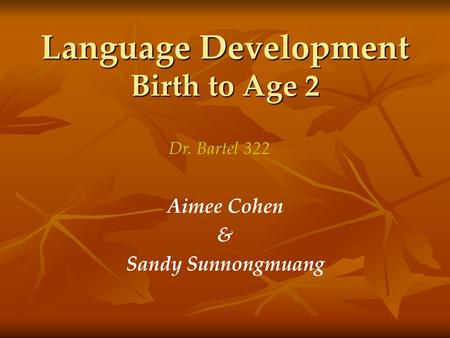