5 Why Eat? Source of E Source of materials for body parts

6 Malnutrition Not consuming enough necessary nutrients –Lack ability to fight diseases –Can lead to serious illnesses which can lead to brain damage.

7 Why People Go Hungry Food production is not increasing as fast as human pop Food not divided equally Malnutrition even in US Transportation War Droughts – periods when rainfall is less than average. Famine – food shortage so widespread it causes malnutrition in many people

8 World's worst recorded food disaster in British- ruled India. Est four million people died that year alone in eastern India. an acute shortfall in food production in the area. more potent factor was the result of hysteria related to World War II which made food supply a low priority for the British rulers. The hysteria was further exploited by Indian traders who hoarded food in order to sell at higher prices. Bengal Famine - 1943

11 Charities that help: Food for the Hungry http://fh.org/about 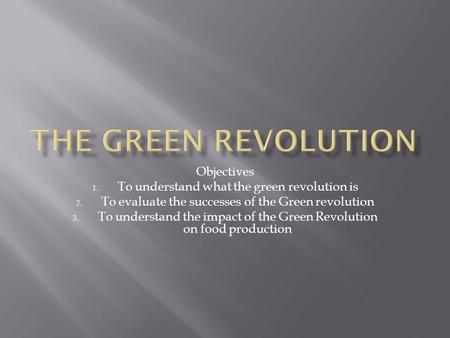 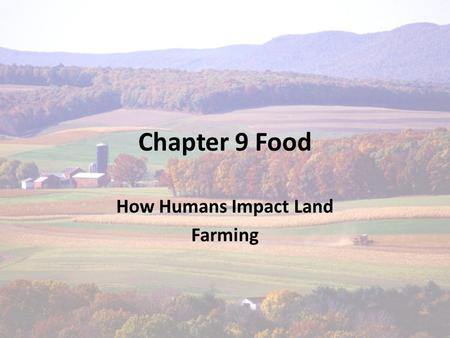 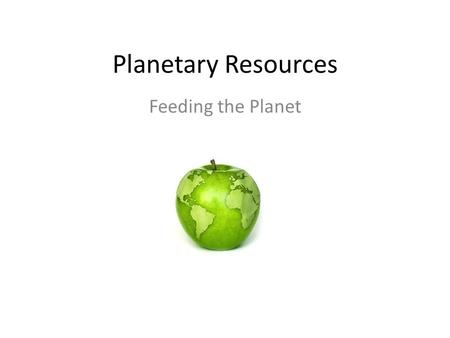 Planetary Resources Feeding the Planet. Key Question Are the agricultural methods of industrialized countries compatible with the nutritional needs. 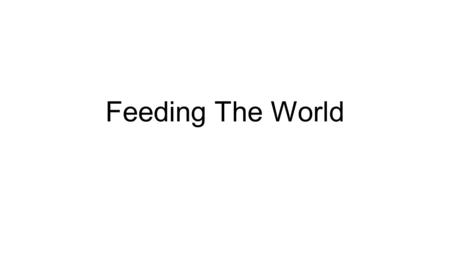 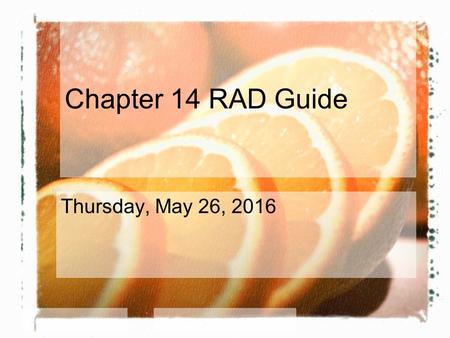 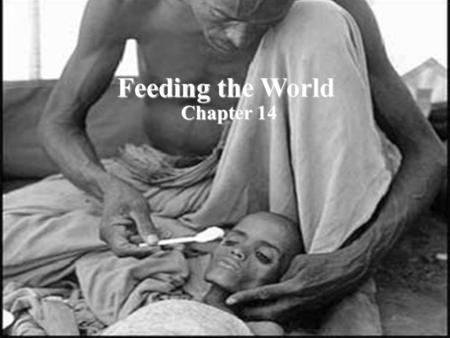 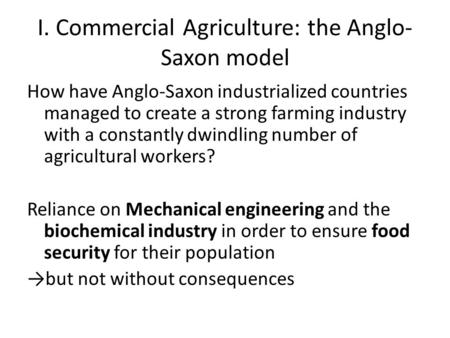 I. Commercial Agriculture: the Anglo-Saxon model