2 The Common Law Tradition
American law stems from English legal tradition Unlike the law in many other countries, English law is based on common law Judge-made law is based on custom and then on precedent Stare decisis: to stand on decided cases A decision in an initial case is binding on ensuing cases of that type Major advantages of this system are efficiency and stability

4 The Federal Court System
Basic judicial requirements Jurisdiction: the authority to hear and decide cases The Constitution says that federal courts have jurisdiction in cases that: Involve a federal question Involve diversity of citizenship Standing to sue

9 Parties and Procedures (continued)
An amicus curiae brief: filed by a third party (“friend of the court”) who is not directly involved in the litigation but who has an interest in the outcome of the case Procedural rules Civil contempt: failing to comply with a court’s order for the benefit of another party Criminal contempt: obstructing administration of justice or bringing the court into disrespect

10 Which Cases Reach the Supreme Court?
When two lower courts are in disagreement When a lower court’s ruling conflicts with an existing Supreme Court ruling When a case has broad significance (as in desegregation or abortion decisions) When a state court has decided a substantial federal question

12 The Supreme Court at Work
Granting petitions for review - review is granted by a writ of certiorari, issued when a minimum of four justices agree that the case should be heard by the Supreme Court (the “rule of four”) Deciding cases - both parties in the case submit legal briefs and (usually) make oral arguments Decisions and opinions Affirmed, reversed, or remanded Unanimous opinion Majority opinion Concurring opinion Dissenting opinion

15 What Checks Our Courts? Executive checks Legislative checks
The courts have no enforcement power; the president does In rare cases a president refuses to implement a decision More frequently, presidents use their power of appointment to check the judiciary Legislative checks Constitutional amendments Rewriting laws

16 What Checks Our Courts? (continued)
Public opinion Judicial traditions and doctrines - to a certain extent, the courts check themselves Hypothetical and political questions refusing to adjudicate on either The impact of the lower courts they cannot overturn a Supreme Court ruling, but can choose to apply it in as limited a fashion as possible

17 Questions for Critical Thinking
Why do laws exist? Who makes the law? What happens if someone violates the law? What if the law is not fair or just? Since they are not elected, should Supreme Court judges be making policy? Is it dangerous for those who do not face the public scrutiny in any meaningful way to directly craft policy?

18 Questions for Critical Thinking
What checks do the executive and the legislature have on the judiciary? Does the bureaucracy have any checks? Does the public? 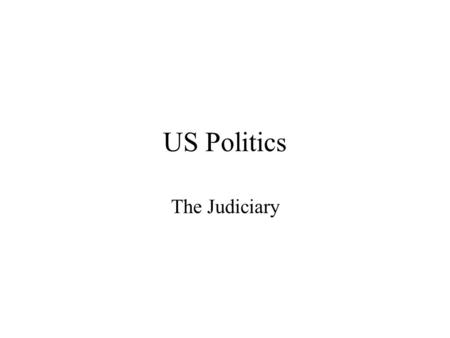 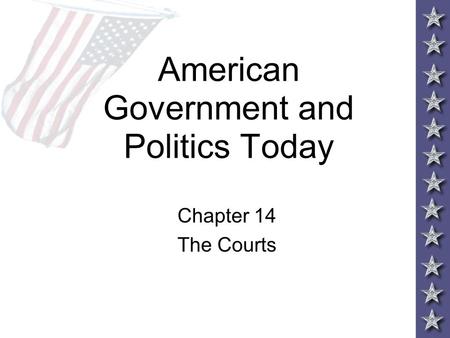 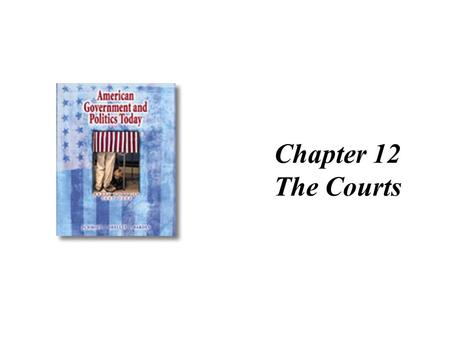 Chapter 12 The Courts. The Common Law Tradition Dates from 1066 and William the Conqueror’s Curiae Regis and Year Books - It had a unifying effect and. 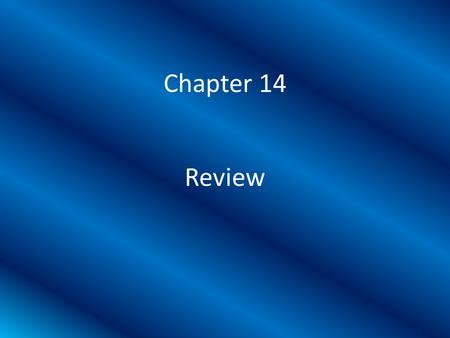