2 Non-Hazardous Oil and Gas Drilling and Production Waste Wastes generated by the exploration, development, and production of crude oil and natural gas are “exempt” by Federal law from being regulated as hazardous waste. The Solid Waste Disposal Act of 1980 prohibits EPA from regulating drilling fluids, produced water and other waste associated with the exploration, development or production of crude oil or natural gas as RCRA Subtitle C (hazardous waste. Therefore, oil and gas wastes are referred to and regulated at the state level as “non-hazardous waste”

5 + Just because oil and gas wastes are exempt from being regulated as hazardous waste, does not mean that the waste does not pose a hazard to workers and community members living in close proximity to the drilling, production and waste handling sites.

6 Water Usage and Waste Water Production during Drilling, Fracturing and Natural Gas Production A large quantity of water is required during the drilling and fracturing process. The use of large quantities of surface and groundwater can deplete and degrade shallow drinking water aquifers and surface water resources. A large quantity of produced water/waste water is generated as a result of the -fracturing process -during the natural gas production phase Shale fracturing requires 1.2 million gallons of water for each Vertical well 3.5 million gallons of water for each Horizontal well

10 Air Emissions During the production of natural gas (methane), condensates are also produced. The condensates consist of extremely toxic volatile organic chemicals such as benzene (known human cancer causing agent), xylene, toluene, ethyl benzene and other probable and possible cancer causing agents and sulfur based compounds (sour gas). These chemicals are released into the air from the separation process and tank storage of condensates. Emissions into the air from produced water tanks on the production site release methane, toxic volatile organic chemicals and sulfur compounds into the air. Natural gas is frequently vented to the air when a well is completed.

11 Compressors and motors on the drilling and production sites release combustion products into the air. These combustion products combine with the volatile organic chemicals in the presence of heat and sunlight to produce ground level ozone. Elevated ozone levels result in increased respiratory impacts for community members in the area. The released methane gas contributes to global warming. The air emissions could have the potential to cause health impacts to workers and community members living in close proximity to drilling and production sites.

12 Disposal Options for fracturing wastewater and production waste water consist of: Injection into Disposal Wells - the water is wasted and no longer available for use Wastewater Treatment Facilities that discharge the treated wastewater into surface water bodies - strict monitoring and compliance measures are needed to insure the protection of surface water bodies. Emerging Technologies such as Thermal Evaporation and Brine Concentrator Technologies - air emissions from the Thermal Evaporation system is an area of concern. Land spreading of waste water Road spreading of waste water

13 Sources of Environmental Contamination Ground water, surface water, soil, sediments and air are impacted by: Fracturing which can create pathways that can allow migration into other non-target formations. Leaks and spills which can occur from injection wells, flow lines, pipelines, pits, tanks, chemical storage containers, drums and trucks. Road spreading and land spreading can introduce contaminants into the environment. Discharges into surface water resources of waste water not meeting permit limits.

14 April 28, 2009 - Spring Ridge, Louisiana Hydraulic fracturing was occurring at a well site in the Haynesville Shale and production fluids ran off site. 40 beef cows with calves were grazing in the pasture next to the drill rig. The pasture fence was 150’ from the drill rig. 19 cattle died after ingesting white, milky fluid in rainwater puddles in the pasture. The same white milky fluid was present in puddles on the rig site. The cattle were foaming at the mouth, billowing and had bleeding tongues prior to their deaths. During the hydraulic fracturing process yellow-green fumes were being released into the air and deposited on the ground around the drill rig and in the pasture.

16 Naturally Occurring Radioactive Material (NORM) NORM consist primarily of Radium 226 and 228 Radium 226 has a half life of 1,622 years Radium 226 is a bone seeker and is a known carcinogen associated with lung and bone cancer.

20 Recommendation There is a need to perform a follow up review of the New York program. A specific focus of the review should be on the applicability of the regulations to protect human health and the environment with respect to the Marcellus Shale drilling and production activities and procedures. A special emphasis of the Marcellus Shale situation should be focused on water resources, water usage and wastewater disposal and reuse. The adequacy of the regulations should be evaluated to determine if they appropriately address such issues as: -Management of flowback fluids, drilling fluids and produced water -Waste water treatment and handling capacity to treat and dispose of waste water generated from hydraulic fracturing

22 Abandoned/Orphan Sites In 1994, New York faced a substantial abandoned sites problem with the full extent of the problem not yet known. - Half of @ 60,000 wells drilled - lack records - Quality of data on 30,000 wells in data base is uncertain - may drilled before 1966 - records first initiated. - Almost 18,000 of the 30,000 wells in data base - records indicate are not plugged There is a need to identify locations and assess environmental threats of abandoned/orphan wells and sites in the area of the Marcellus Shale. Need for a regulatory requirement that the abandoned/orphan wells and sites in the Marcellus Shale be considered and evaluated during the drilling permit review process and during the permit application review process for commercial and centralized facilities. 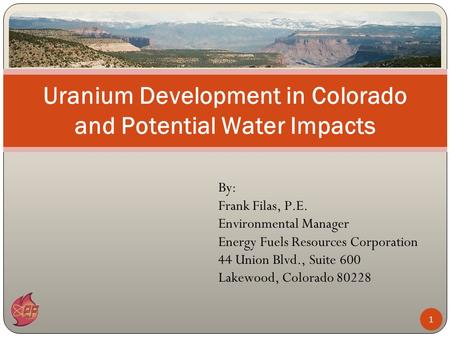 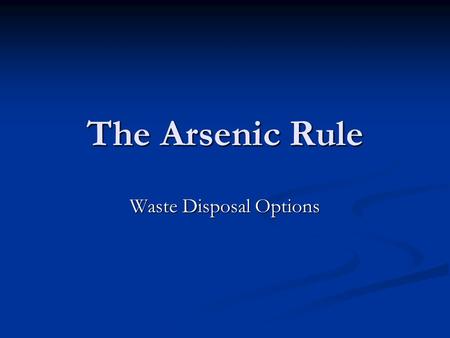 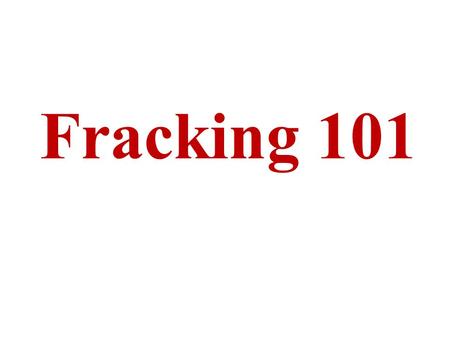 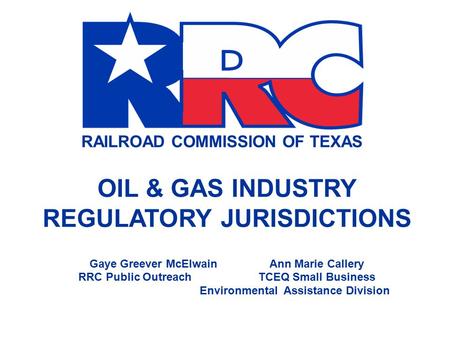 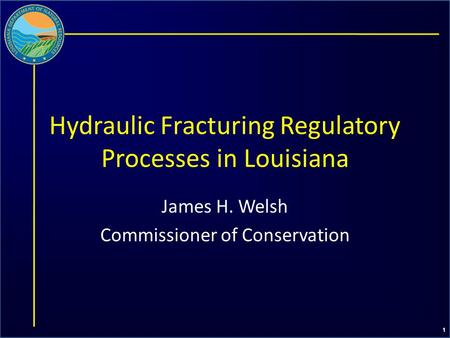 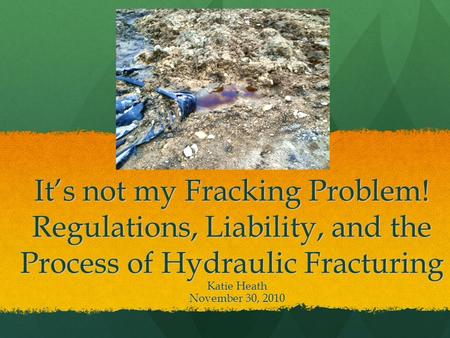 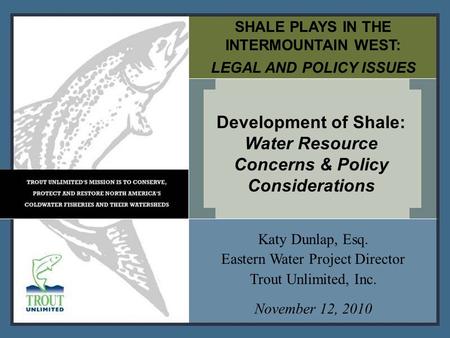 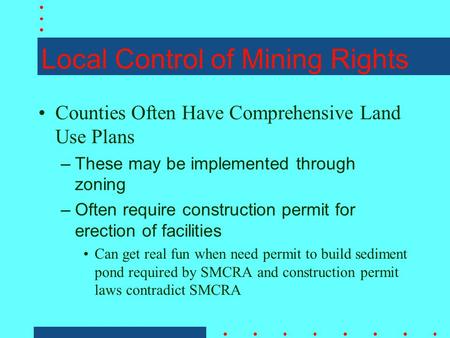 Local Control of Mining Rights Counties Often Have Comprehensive Land Use Plans –These may be implemented through zoning –Often require construction permit. 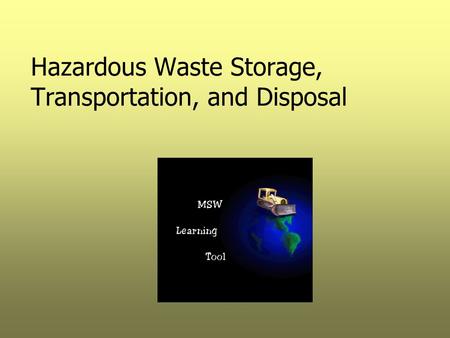 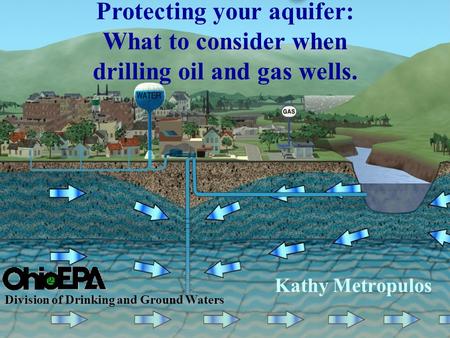 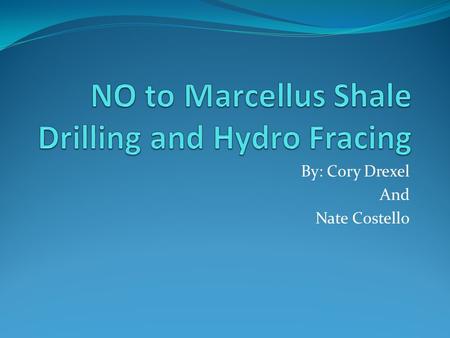 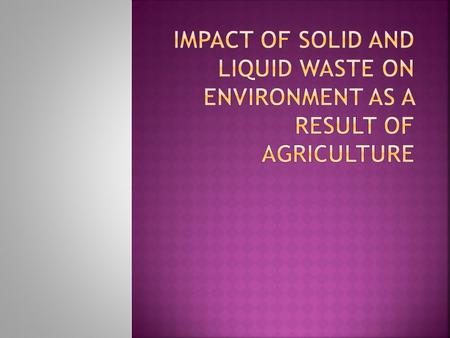 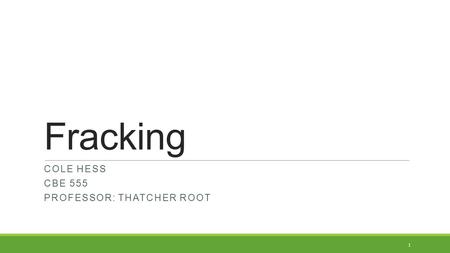