3 Routing Basics The term routing is used for taking a packet from one device and sending it through the network to another device on a different network. To be able to route packets, a router must know, at a minimum, the following: Destination address Neighbor routers from which it can learn about remote networks Possible routes to all remote networks The best route to each remote network How to maintain and verify routing information

5 Configuring StaticIP Routing
Static routing has the following benefits: There is no overhead on the router CPU, which means you could possibly buy a cheaper router than if you were using dynamic routing. There is no bandwidth usage between routers, which means you could possibly save money on WAN links. It adds security, because the administrator can choose to allow routing access to certain networks only. Static routing has the following disadvantages: The administrator must really understand the internetwork and how each router is connected in order to configure routes correctly. If a network is added to the internetwork, the administrator has to add a route to it on all routers—by hand. It’s not feasible in large networks because maintaining it would be a full-time job in itself.

7 Default Routing ip route 0.0.0.0 0.0.0.0 [next-hop-address]
Default routes are used to route packets with destinations that do not match any of the other routes in the routing table. Routers are typically configured with a default route for Internet-bound traffic, since it is often impractical and unnecessary to maintain routes to all networks in the Internet. A default route is actually a special static route that uses this format: ip route [next-hop-address]

9 Troubleshooting static route
If any problem in connection between networks follow this steps: 1. verifying static routes (by using sh ip route) to make sure the route found in routing table. 2. If the problem exists, run a traceroute command.

12 Routed protocol It is used to direct user traffic.
It provides enough information in its network layer address to allow a packet to be forwarded from one host to another based on the addressing scheme. Examples of routed protocols are: IP and IPX.

13 Autonomous systems An autonomous system (AS) is a collection of networks under a common administration sharing a common routing strategy. To the outside world, an AS is viewed as a single entity. The AS may be run by one or more operators while presenting a consistent view of routing to the external world.

17 Distance vector routing updates
Routing table updates occur periodically or when the topology in a distance vector protocol network changes. Distance vector algorithms call for each router to send its entire routing table to each of its adjacent neighbors. The administrative distance (AD) is used to rate the trustworthiness of routing information received on a router from a neighbor router. An administrative distance is an integer from 0 to 255, where 0 is the most trusted and 255 means no traffic will be passed via this route. If a router receives two updates listing the same remote network, the first thing the router checks is the AD. If one of the advertised routes has a lower AD than the other, then the route with the lowest AD will be placed in the routing table. If both advertised routes to the same network have the same AD, then routing protocol metrics will be used to find the best path to the remote network. The routing tables include information about the total path cost as defined by the metrics.

19 Distance vector routing loop issues
Routing loops can occur when inconsistent routing tables are not updated due to slow convergence in a changing network. Just before the failure of Network 1, all routers have consistent knowledge and correct routing tables. When Network 1 fails, Router E sends an update to Router A. Router A stops routing packets to Network 1, but Routers B, C, and D continue to do so because they have not yet been informed of the failure. When Router A sends out its update, Routers B and D stop routing to Network 1. However, Router C has not received an update, so Network 1 is still reachable via Router B. Now Router C sends a periodic update to Router D, indicating a path to Network 1 by way of Router B. Router D changes its routing table to reflect this good, but incorrect, information, and propagates the information to Router A. Router A propagates the information to Routers B and E, and so on. Any packet destined for Network 1 will now loop from Router C to B to A to D and back to again to C.

20 Defining a maximum count
The invalid updates of Network 1 will continue to loop until some other process stops the looping. This condition, called count to infinity

23 Route poisoning Route poisoning is used to overcome large routing loops and offer explicit information when a subnet or network is not accessible. This is usually accomplished by setting the hop count to one more than the maximum.

24 Holddown Timers A holddown prevents regular update messages from reinstating a route that is going up and down (called flapping).

27 RIP Timers Route update timer: Sets the interval (typically 30 seconds) between periodic routing updates, in which the router sends a complete copy of its routing table out to all neighbors. Route invalid timer: Determines the length of time that must elapse (180 seconds) before a router determines that a route has become invalid. Route flush timer: Sets the time between a route becoming invalid and its removal from the routing table (240 seconds). Holddown timer: routes will enter into the holddown state when an update packet is received that indicated the route is unreachable. The default is 180 seconds. 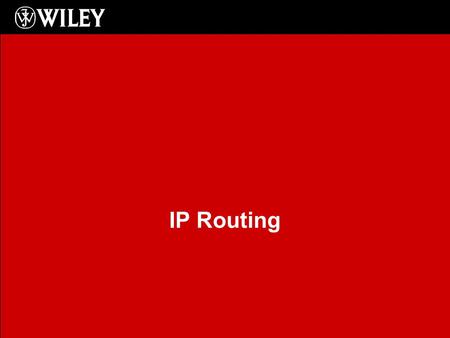 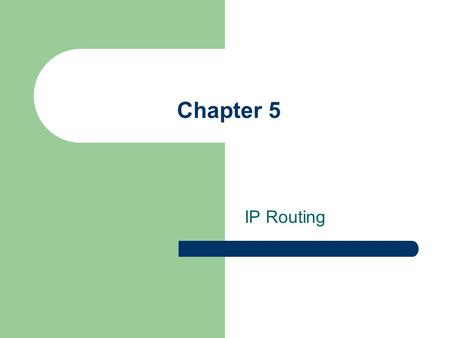 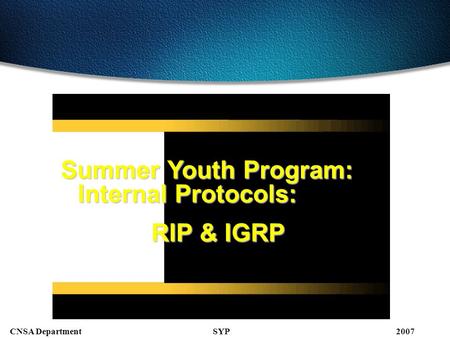 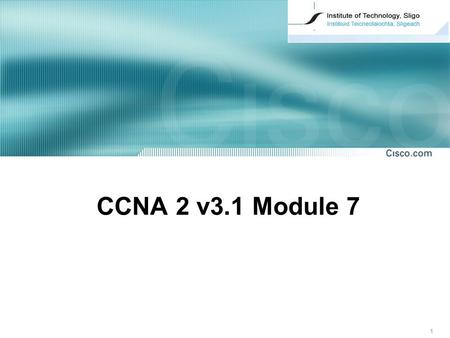 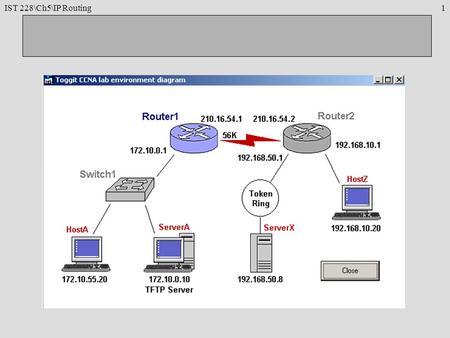 IST 228\Ch5\IP Routing1. 2  Review of Chapter 4 Start the router simulator. You will see the prompt "Router>". This is the user mode prompt. Change the. 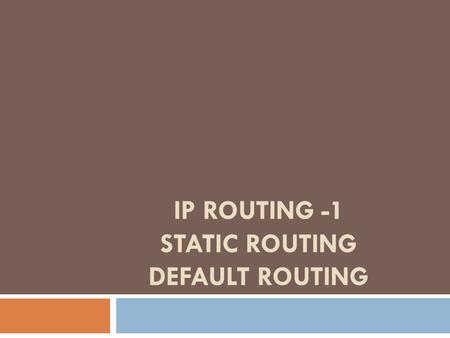 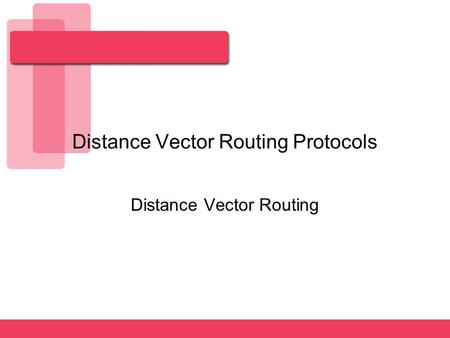