3 Nouns Nouns are naming words. They refer to a name, place, brand or thing. The most popular noun is a common noun – these are a name of a thing have no capital letter: chair, table, tree. The other most popular noun is a proper noun – these are names of People, Places and Brands and require a capital letter: Mrs Woodward, London, Nike. There are also abstract nouns and collective nouns. An abstract noun Is a word for ideas and concepts: jealousy, boredom, happiness, honesty. A collective noun is a collection of things: pride, swarm, flock. Both these nouns do not need a capital letter – unless they start at the beginning of a sentence. A concrete noun is a noun that refers to people and things that exist Physically and can be seen, touched, smelled, heard and tasted.

4 Pronouns Pronouns are those handy words which save us from repeating the noun. They Replace the noun: He, me, she, it, he, her, him, his, you, they, your, their, our, We, them, I, us. There is no need to use a capital letter for a pronoun – unless It starts at the beginning of a sentence. Possessive pronouns tell you who or what owns a noun. Relative pronouns introduce more information about the noun.

5 Verbs Verbs are doing words. All main verbs have two simple tenses, the present tense and the past tense: I walk – present; I walked – past; Action verbs – running, bought, putting on, has seen. Verbs of state (states of mind)- feel, hate, wishes, Agreed, mean, belonged, is being, expecting, were tasting. Active and Passive verbs - an active verb is something you are physically doing An action – a passive verb is something you have already done (you are not doing it at the moment): The eggs were thrown – passive; The old castle is haunted by ghosts. Auxiliary Verbs – are verbs which are used together with other verbs: We are going; Lucy has grown; Can you play? The most common auxiliary verbs Are: be, have and do. Modal Verbs – are: can and will.

7 Adverbs Adverbs describe the verb. They make the verb more interesting – top tip – They usually end in “LY”: quickly, secretly, carefully, Although, you can have adverbials; soon, perhaps, never, sometimes

8 Prepositions Prepositions tell us when or where something happened: under, around, between, on, opposite, after, over, into, ahead and to.

9 Phrases/Clauses and Subordinate Clause
A main clause is a group of words which contain a verb and someone Doing the action (it makes sense on its own): Ann went to the bank; A complex sentences are those that contain a subordinate clause as well as a main clause; He stayed at home because he was ill. A subordinate clause is is a less important bit of a sentence which does not make sense on its own . It will be introduced by a linking word such as when, if, because or that: While you were out, I watched TV – subordinate clause is while you Were out. A phrase is a small part of a sentence, usually without a verb: Under the stairs – prepositional phrase Blue leather shoes – noun phrase Very slowly – adverbial phrase

11 Subject and Object The subject is either a noun or a pronoun and normally the subject comes before the verb in a sentence. The Object is a also a noun phrase or a pronoun: She used her old skateboard – she is the subject – skateboard is the object. 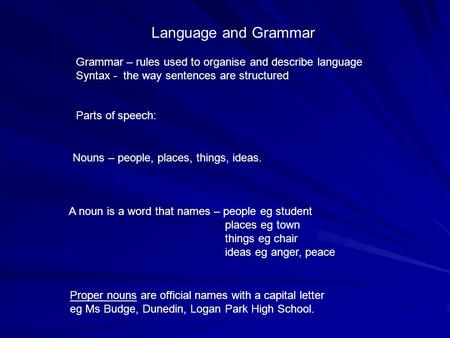 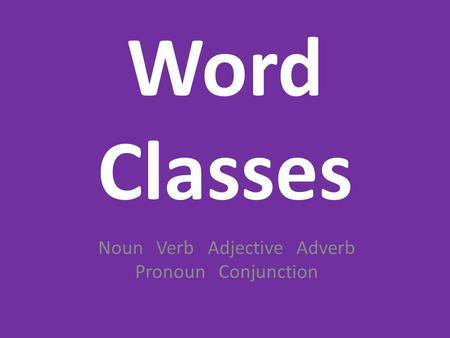 © Boardworks Ltd 2001 When you do a science experiment, it’s helpful to know the names of the equipment and materials you use. It saves misunderstandings. 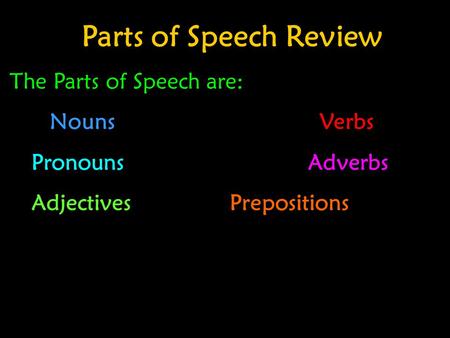 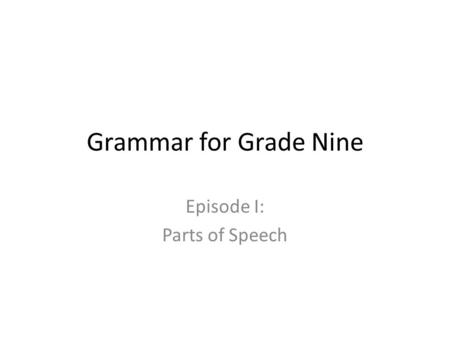 Grammar for Grade Nine Episode I: Parts of Speech. 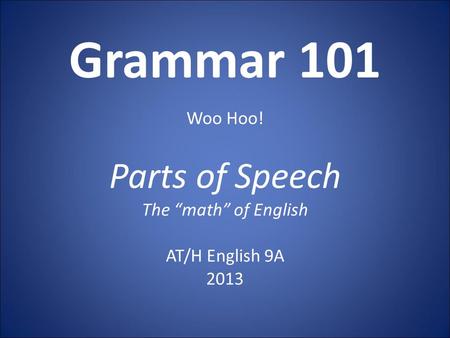 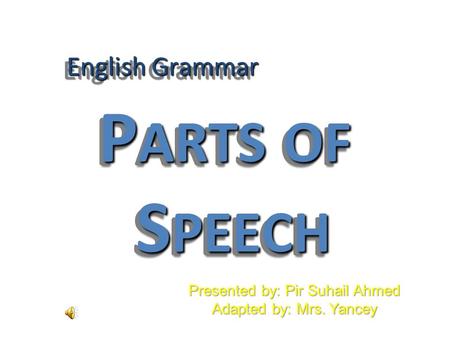 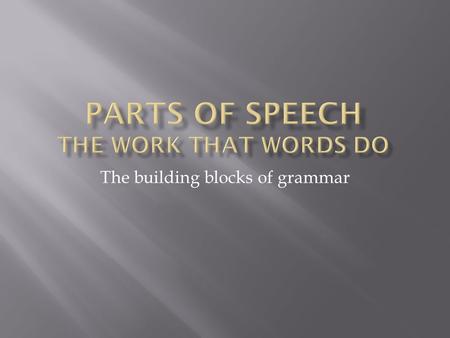 The building blocks of grammar.  Proper – names a particular noun and is capitalized Westford Academy, Ms. Keirstead  Common – names any one of a group. 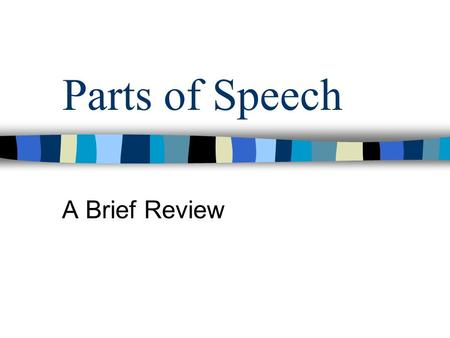