4 When an object falls, it speeds up as gravity pulls it downward. At the same time, the force of air resistance pushing up on the object is increasing as the object moves faster. Finally, the upward air resistance force becomes large enough to equal the downward force of gravity! Fluid Friction, continued

5 When the air resistance force up equals the gravitational force down (weight), the net force on the object is zero. So According to Newton’s laws of motion, the object’s acceleration would be zero, and its speed no longer increases. Fluid Friction, continued

7 Sometimes forces and motion are not in a straight line. Projectile Motion When throwing an object, the horizontal force from the throw propels the object forward while the gravitational force pulls the object downward. The net force thus acts at an angle to the direction the object is moving, and so the object follows a curved path.

8 Projectile Motion, continued Projectile motion is the curved path an object follows when thrown or propelled forward. It has BOTH a horizontal force AND vertical force component. Examples: shooting a basketball, a leaping frog, a catapult, aiming at a target. The faster an object is thrown, the farther it travels before gravity pulls it to Earth.

10 Circular Motion, continued Opposing inertia is a force called centripetal force which pulls an object inward toward the center of the circle. In circular motion the centripetal force is always perpendicular to the forward motion. Due to inertia, your body wants to propel forward in a straight line as the merry-go-round turns.

13 Satellite Motion Satellites go around Earth in nearly circular orbits, with the centripetal force being gravity. A satellite’s motion is like that of a baseball, gravity pulls inward toward the earth and inertia causes the object to continue moving forward.

14 Satellite Motion The speed at which an object must move to go into orbit near Earth’s surface is about 8 km/s, or about 29,000 km/h. HAVE YOU EVER SEEN A SATELLITE IN THE NIGHT SKY?

15 ________________ pulls an object inward toward the center of a circle. A. Projectile Motion B. Satellite Motion C. Circular Motion D. Centripetal Force Question 1

17 Describe how an object has curved motion. Question 2

18 Answer Once an object is moving forward, inertia causes the object to continue forward. Centripetal force pulls the object inward. The two forces create a curved net force. Describe how an object has curved motion. Question 2

19 Momentum When two or more objects interact, momentum may be exchanged, but the total amount of momentum does not change. Momentum is a measure of how difficult it is to stop a moving object. In other words, momentum in the strength of an objects motion. It equals the product of mass and velocity (p = mv)

23 In your own words, what is momentum? Question 3

24 Answer Momentum is a measure of how difficult it is to stop a moving object. In other words, momentum in the strength of an objects motion. Question 3 In your own words, what is momentum?

25 What is the formula for momentum? Question 4

26 Answer p = mv (momentum = mass * velocity) Question 4 What is the formula for momentum? 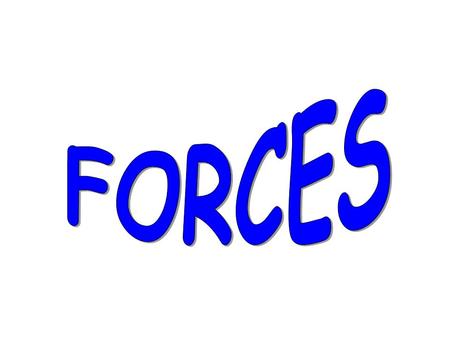