2 2 of 46© Boardworks Ltd 2007 Throughout an ecosystem, energy is constantly lost by wasted heat. In contrast, nutrients are constantly recycled through the carbon cycle and the nitrogen cycle. What happens to nutrients? microbial decomposition of dead organisms and waste nutrients in the soil and atmosphere energy and biomass

3 3 of 46© Boardworks Ltd 2007 What is decay? In all ecosystems, dead organisms and waste material are broken down by bacteria and fungi called decomposers. Under what conditions will decay occur the fastest? A warm, moist, oxygen-rich environment is the most favourable for decay to occur. Some food chains have decaying matter as the first stage. This process is decay or decomposition, and it releases nutrients back into the environment ready to be reused by other organisms.

5 5 of 46© Boardworks Ltd 2007 Why is nitrogen so important? Nitrogen is essential for growth because it is used by plants and animals to make proteins. Nitrogen makes up about 78% of the atmosphere. However, nitrogen deficiency is the most common cause of poor plant growth. How is atmospheric nitrogen changed into a useable form? Why are plants unable to use the nitrogen straight from the air? Nitrogen gas (N 2 ) is unreactive and is not easily converted into other compounds. Most plants can only take up nitrogen in the form of ammonia or nitrate.

9 9 of 46© Boardworks Ltd 2007 Nitrates are important because they are a form of nitrogen that plants can absorb. Nitrogen is used to make protein, and is passed from plants to animals along food chains. How are nitrates produced? Some nitrogen compounds form during lightning strikes and are washed into the soil by rain water. Lightning provides the high level of energy required for nitrogen to react and form compounds. Decomposers release ammonium compounds from waste (such as urine) and dead matter. Nitrifying bacteria then convert the ammonium compounds into nitrates. What processes add nitrates to the soil?

10 10 of 46© Boardworks Ltd 2007 This rugged place is in Iceland. Deforestation by the original settlers and high levels of volcanic activity have left much of the country as bare lava or sand; an environment in which few plants grow. In the 1960s, the country began to manage its soil, and dropped millions of lupin seeds from the air. Can plants add nitrogen to the soil? Why might lupins survive where nothing else grows?

11 11 of 46© Boardworks Ltd 2007 Most plants need nitrates from the soil because the nitrogen in air is too unreactive. These plants rely on the presence of nitrifying bacteria in the soil or artificial fertilizers. Nitrogen-fixing bacteria living in the root nodules of legumes convert nitrogen gas into nitrates, improving the fertility of poor-quality soils. What are legumes? By contrast, lupins and other legumes, such as clover and peas, are self-sufficient.

12 12 of 46© Boardworks Ltd 2007 Nitrates are vital for plant growth, but levels in the soil are gradually depleted as crops grow. How can nitrates be added to soil? Modern, intensive farming uses artificial fertilizers. These are made by the Haber process. However, run-off into nearby rivers and lakes can cause eutrophication. Organic farming uses manure – a natural fertilizer. Crop rotation, a system that varies the crops planted each season, is also used to maintain soil fertility. What methods can farmers use to increase soil nitrate levels?

14 14 of 46© Boardworks Ltd 2007 Why is carbon important? Proteins, fats and sugar all contain carbon. Life without carbon would be very different and might be impossible. Carbon is present in the atmosphere as carbon dioxide. What happens to the carbon in organisms when they die? The carbon from dead organisms can also form fossil fuels and sedimentary rocks such as limestone. These are long-term carbon stores. As dead matter decomposes, carbon is released back into the atmosphere in the form of carbon dioxide. Plants use carbon dioxide during photosynthesis to produce sugars. The carbon is then transferred to animals along food chains. 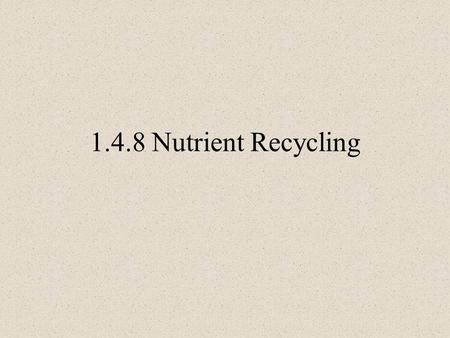 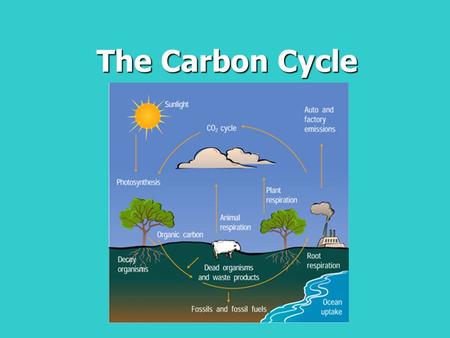 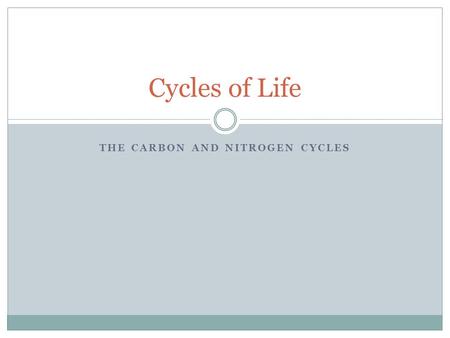 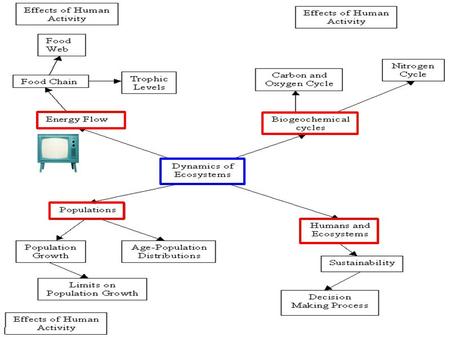 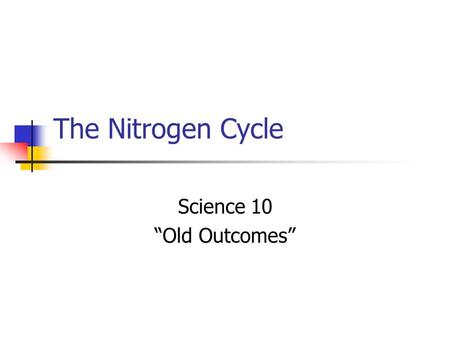 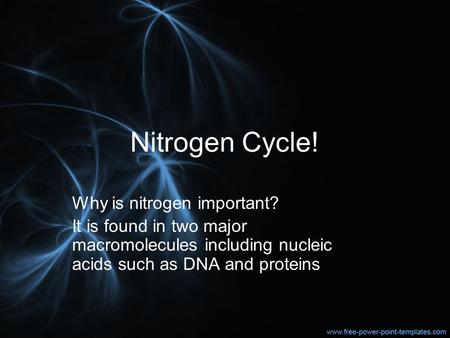 Nitrogen Cycle! Why is nitrogen important? It is found in two major macromolecules including nucleic acids such as DNA and proteins. 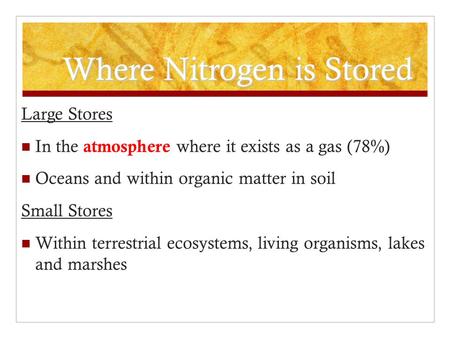 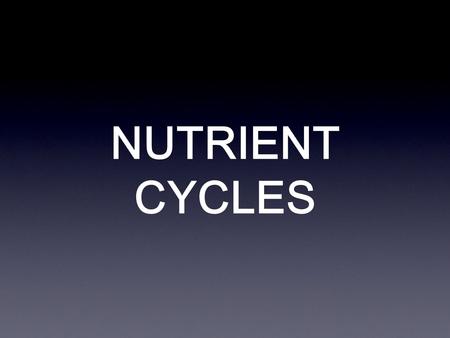 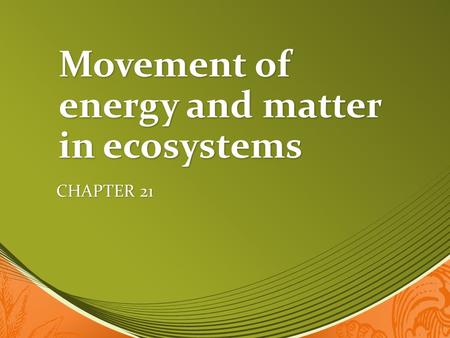