3 MINIMUM NUMBER  Public Company - 3 Directors  Private Company - 2 Directors  One Person Company - 1 Director  Maximum 15 directors can be appointed, a Special Resolution is to be passed for appointment of more than 15 Directors.  Every Listed company AND  Other Public Companies having (a) Paid–up share capital of Rs.100 Crore or more; or (b) Turnover of Rs.300 Crore or more should appoint at least one Women Director.

4  Every company shall have at least 1 director who has stayed in India for a minimum period of 182 days or more in the previous calendar year.

5  DIN Requirements:  Should obtain DIN through Form DIR 3.  Declaration that he is not disqualified is necessary before appointment as per DIR 8.  Every Director has to file consent letter in DIR 2 with Registrar in Form DIR 12 within 30 days.  Every Director shall be appointed in General Meeting.  Any casual vacancy shall be filled up by Board i.e.. Death.

6 Public Company–  2/3 rd of total Number of Directors are liable to retire by rotation.  1/3 rd of such directors will retire from office and eligible for re-appointment.

9  An Application has to be filed in Form DIR 5 by the DIN Holder along with the declaration that he has never been appointed as Director and the said DIN have never been used for filing any document.

11  If the Director is of:-  Unsound mind as declared by a competent court  Insolvent  Has applied to be adjudicated as an insolvent and his application is pending  Convicted by a court of any offence, involving moral turpitude/otherwise for Minimum imprisonment of 6 Months.  Convicted of any offence and sentenced to imprisonment for a period of 7 years or more, shall not be eligible to be appointed as director during his lifetime.

12  An order disqualifying him for appointment as a director has been passed by a court or Tribunal and the order is in force.  Has not paid any calls in respect of any shares of the company held by him, whether alone or jointly with others, and 6 months have elapsed from the last day fixed for the payment of the call  Has been convicted of the offence dealing with related party transactions at any time during the last preceding 5 years.  Has not complied with Section 152 (3) i.e. (not allotted with DIN)

13  A person who is or has been a director of a company which—  has not filed financial statements/ annual returns for any continuous period of 3 Financial Years ; or  has failed to repay the deposits accepted by it or pay interest or to redeem any debentures on the due date or pay interest due or pay any dividend declared and such failure to pay or redeem continues for 1 year or more. Shall not be eligible to be re-appointed as director of that company or in other company for a period of 5 years from the date on which the company fails to do so.  A private company may by its articles provide additional grounds for disqualifications.

14  If a company fails to: -  file financial statements or annual returns for any continuous period of 3 financial years ; or  repay the deposits accepted by it or pay interest or  to redeem any debentures on the due date or pay interest due  or pay any dividend declared and such failure to pay or redeem continues for 1 year or more.  Company shall immediately file DIR 9 with ROC furnishing the name & address of all directors during relevant financial year. If not filed within 30 days of failure then officers will be in default.

15  Every Director before he is appointed or reappointed shall inform to the company through form DIR 8 about his disqualifications.  Any application for removal of disqualification of directors shall be made in Form DIR-10.

16  No. of Directorships including any Alternate Directorship should not be more than 20 Companies at the same time.  Maximum No. of Public Companies in which a person can be appointed as Director shall not exceed 10.  Directorship, in private companies that are either holding or subsidiaries of public companies shall be included in the said limit of 10 companies.

17  If the no. of directorship are more than 20 Companies then he should reduce the No. of Directorship till 31 st March 2015.  Members of a company may by special resolution specify lesser number of directorship to be held by its directors.

18  The office of Director shall become vacant in following cases: -  If he incurs any of the disqualifications specified in Section 164.  He absents himself from ALL the meetings of Board of Directors held during a period of 12 months with or without seeking leave of absence of the board.  He fails to disclose his interest in any contract or arrangement or acts in contravention of section 184.

19  He becomes disqualified by an order of court or tribunal.  He is convicted by court of any offence involving moral turpitude or otherwise and sentenced to imprisonment of 6 months. Director will vacate his office even if he has filed appeal against the order of court.  He is removed in pursuance of this Act.  He ceases to hold office or other employment in the holding, subsidiary or associate by virtue of which he was appointed.  Private Companies may by its articles provide additional grounds for vacation of office by director.

21  By Ordinary Resolution in EGM after giving a reasonable opportunity of being heard.  Special Notice is required for removal/ appointment of Director in place of such director at the meeting in which he is removed.  If appointment is not made in same meeting the vacancy can be filled in as a casual vacancy.  A director so appointed shall hold office till the date up to which the previous director would have held office if not removed. 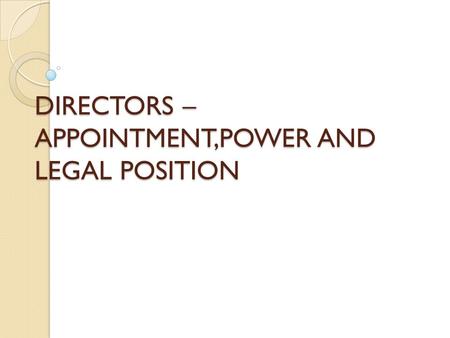 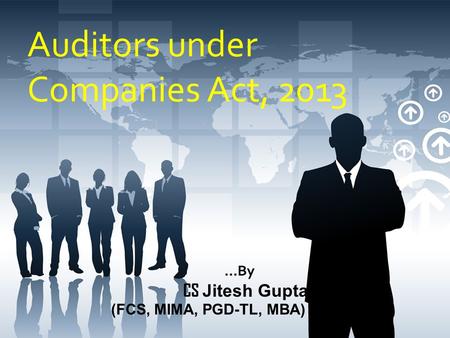 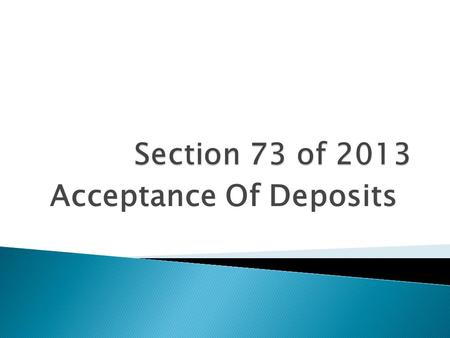 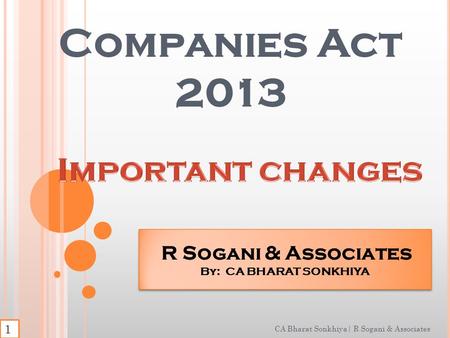 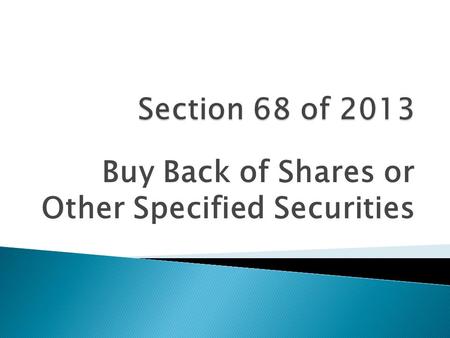 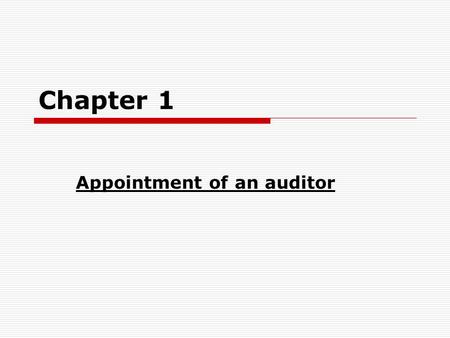 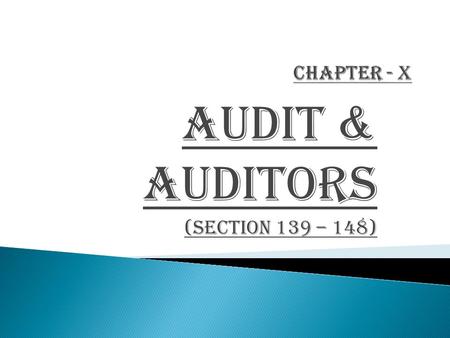 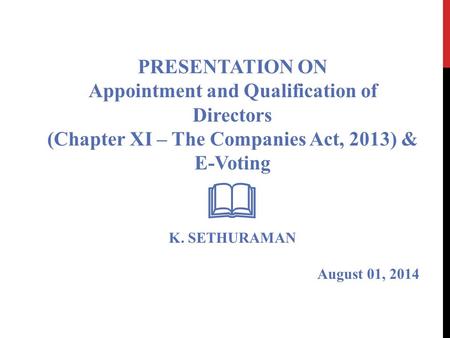  PRESENTATION ON Appointment and Qualification of Directors 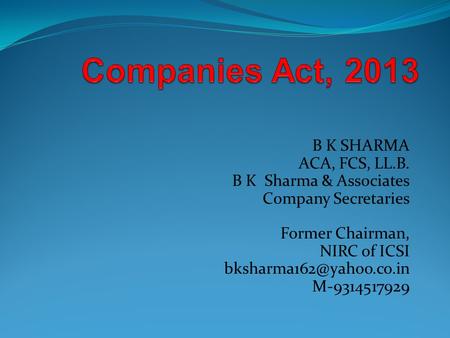 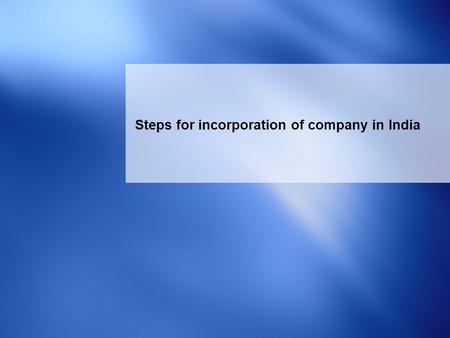 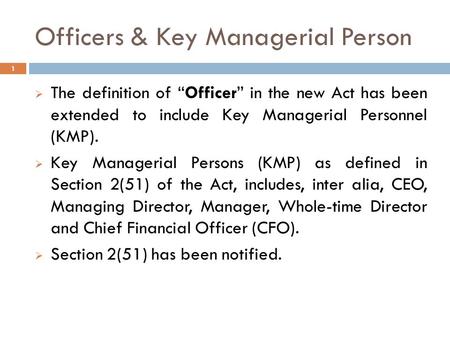 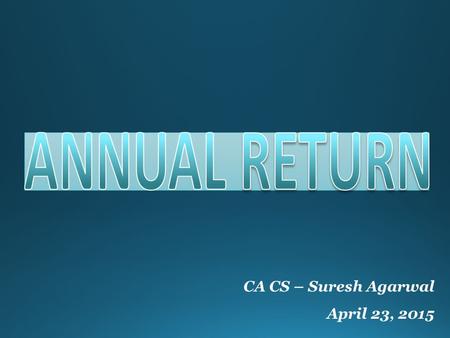 CA CS – Suresh Agarwal April 23, Contents What is Annual Return?  Annual Return of a company is a yearly statement to be filled with Register. 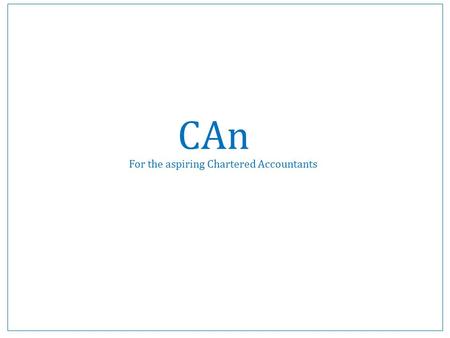 CAn For the aspiring Chartered Accountants. COMPANIES ACT, 2013 Sections relevant to Board of Directors. 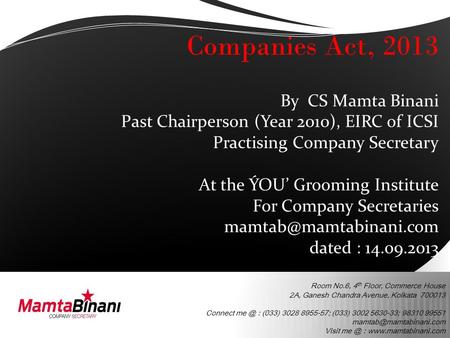 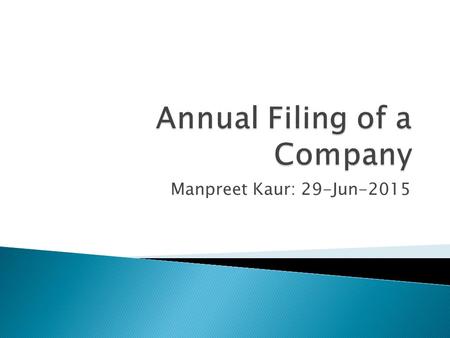